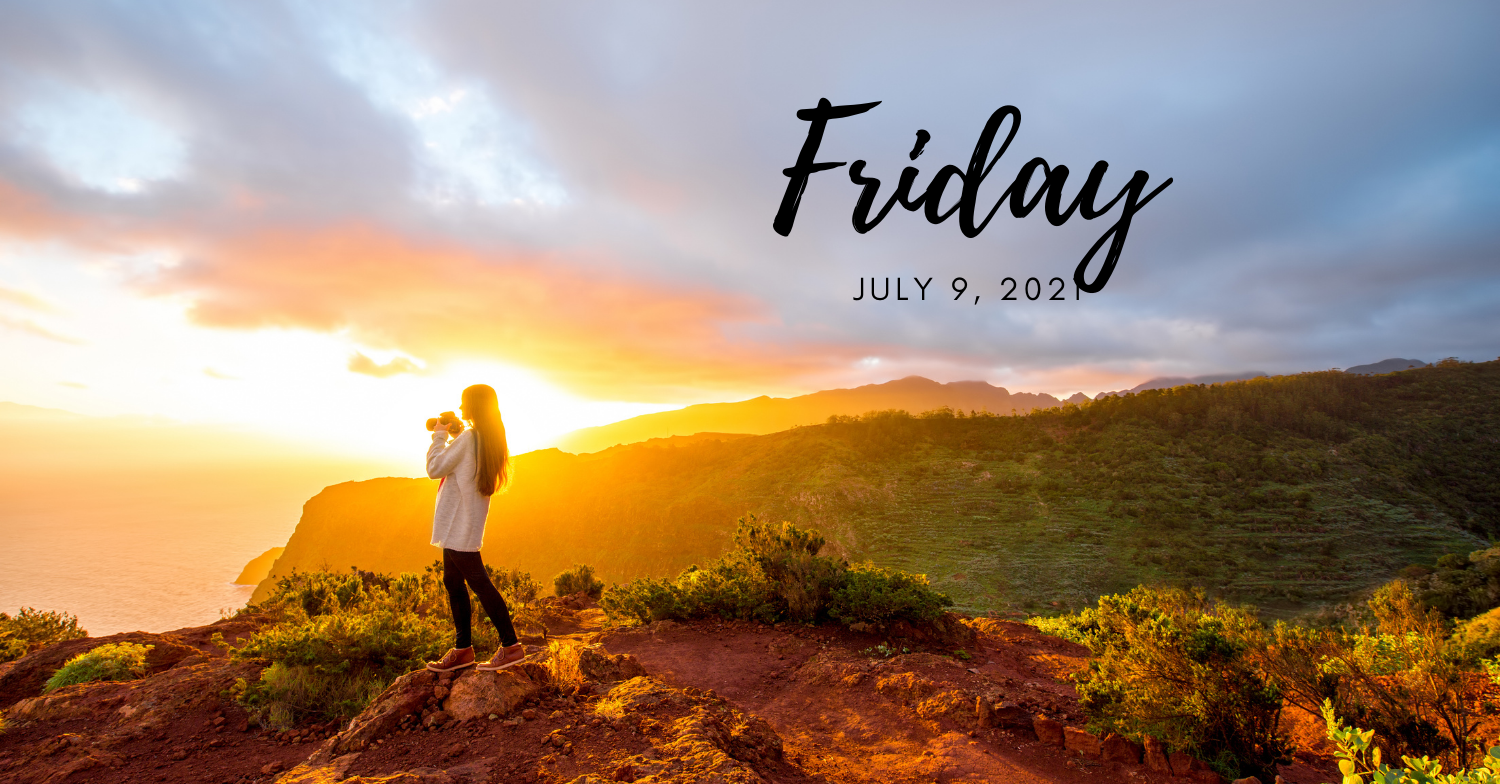 * Olympic Games Will Be Held Without Spectators

* A Nanofiber Membrane Could Help Solve The Drinking Water Crisis

* South Africa's Jacob Zuma Turns Himself In To Police

* After 106 Days, Ship That Blocked Suez Is Let Go

* Sydney Locked Down For Another Week As Delta Variant Spreads

* The Proportion Of White Christian's In The U.S. Has Stopped Shrinking

* Milo says " IT WAS ALWAYS ABOUT THE CHILDREN."

Japan will ban all spectators from Olympic venues in and around Tokyo, reversing course after a surge in covid cases https://t.co/kmWXnqnlsJ

A nanofiber membrane could help solve the drinking water crisis

A retired gas-fired power plant was converted into a Bitcoin mining facility in the Finger Lakes region of New York state — and NBC reports that neighbors say it’s pumping serious amounts of heat into the lake’s waters.

“The lake is so warm you feel like you’re in a hot tub,” Abi Buddington, who lives close to the plant, told the outlet.

The plant is taking in and pumping out over 100 million gallons of water every day, some of which can reach 108 degrees Fahrenheit. Read More

South Africa's Jacob Zuma turns himself in to police

South African former President Jacob Zuma turned himself in to police to begin 15 months in jail for contempt of court, the culmination of a long legal drama seen as a test of the post-apartheid state's ability to enforce the rule of law.

After 106 days, ship that blocked Suez is let go

The Ever Given, one of the world's largest container ships, resumed its journey to leave the Suez Canal, 106 days after becoming wedged across a southern section of the waterway for nearly a week and disrupting global trade.

The Proportion Of White Christians In The U.S. Has Stopped Shrinking, New Study Finds

Two dramatic trends that for years have defined the shifting landscape of religion in America — a shrinking white Christian majority, alongside the rise of religiously unaffiliated Americans — have stabilized, according to a new, massive survey of American religious practice.

What was once a supermajority of white Christians — more than 80% of Americans identified as such in 1976, and two-thirds in 1996 — has now plateaued at about 44%, according to the new survey, which was conducted by the nonpartisan Public Religion Research Institute. That number first dipped below 50% in 2012. Read More

The Snapdragon 888 is Qualcomm's latest premium CPU for smartphones

Every December for the last few years, Qualcomm has unveiled its next-generation high-end CPU that ends up powering many flagship smartphones for the first half of the following year. Though 2020 might be different than previous years, the tech product cycle is not letting up. The company is announcing today that its latest premium mobile chipset is the Snapdragon 888, and it’ll be in Xiaomi’s upcoming Mi 11 flagship. Other companies like LG, OnePlus, Motorola, ASUS, Lenovo and Oppo have “provided their support for Snapdragon 888,” Qualcomm said.

Though its predecessor is the Snapdragon 865, Qualcomm’s latest model number is a departure from sequential increments and an auspicious name in Chinese culture. The Snapdragon 888 uses a third-generation X60 5G modem and a sixth-generation AI engine. This will be Qualcomm's first 800-series chipset with an integrated 5G modem, too. Read More

This new Wi-Fi mesh router costs $20, and that's not a typo

Vilo's Mesh Wi-Fi System isn't Wi-Fi 6E or Wi-Fi 6, merely Wi-Fi 5/ac, and it's not the fastest router you can get, but it packs decent specs for the price. Each node is rated to cover up to 1,500 square feet, supporting wireless speeds up to 867 Mbps over 5GHz and 300Mbps on 2.4GHz. Those are theoretical maximums, so real-world numbers with a bunch of devices on-network will assuredly be lower, but most of us aren't trying to saturate a gigabit connection to a single point — and, again, this is just $20 per node. As a point of comparison, the highly-rated eero 6 is rated up to 500Mbps, and it's $200 for a three-pack, not $60, though that model supports Wi-Fi 6, which has other advantages.

Vilo's software is a little more limited if you're coming from something super-powerful like DD-WRT, but it's about par for the course for most user-friendly mesh systems. You can configure things like PPoE and static IP, and the app-based management makes it simple to see which devices are connected, set parental controls or a guest network, or keep things updated. Read More

Wells Fargo has begun informing customers that it will no longer be offering personal credit lines, with all existing lines being shut down in the coming weeks.

In a six-page letter to customers obtained by CNBC, Wells Fargo said it had “recently reviewed its product offerings and decided to discontinue offering new Personal and Portfolio line of credit accounts and close all existing accounts,” instead setting its focus on credit cards and personal loans.  Read More

It was just after 12:30 p.m. on the Friday before the Fourth of July holiday when a warning popped up on Laschelle McKay’s computer screen.

McKay, the town administrator for Leonardtown, Md., didn’t even have time to read the whole message before it disappeared and her computer froze.

“Everything shut down,” she said in an interview. “You couldn’t open any document, you’re completely locked from all your files.”

McKay learned later that day that the town had been a victim of the massive ransomware attack that breached a popular software made by the information technology company Kaseya. The attack reached Leonardtown through its IT management company, JustTech, which uses the affected Kaseya product, JustTech told McKay. Read More

MILO SAYS "It Was Always About The Children"

The San Francisco Gay Men's Chorus--a crying circle for Bay Area pederasts--took this video down in panic and shame, but it must be preserved as an example of accidental honesty.