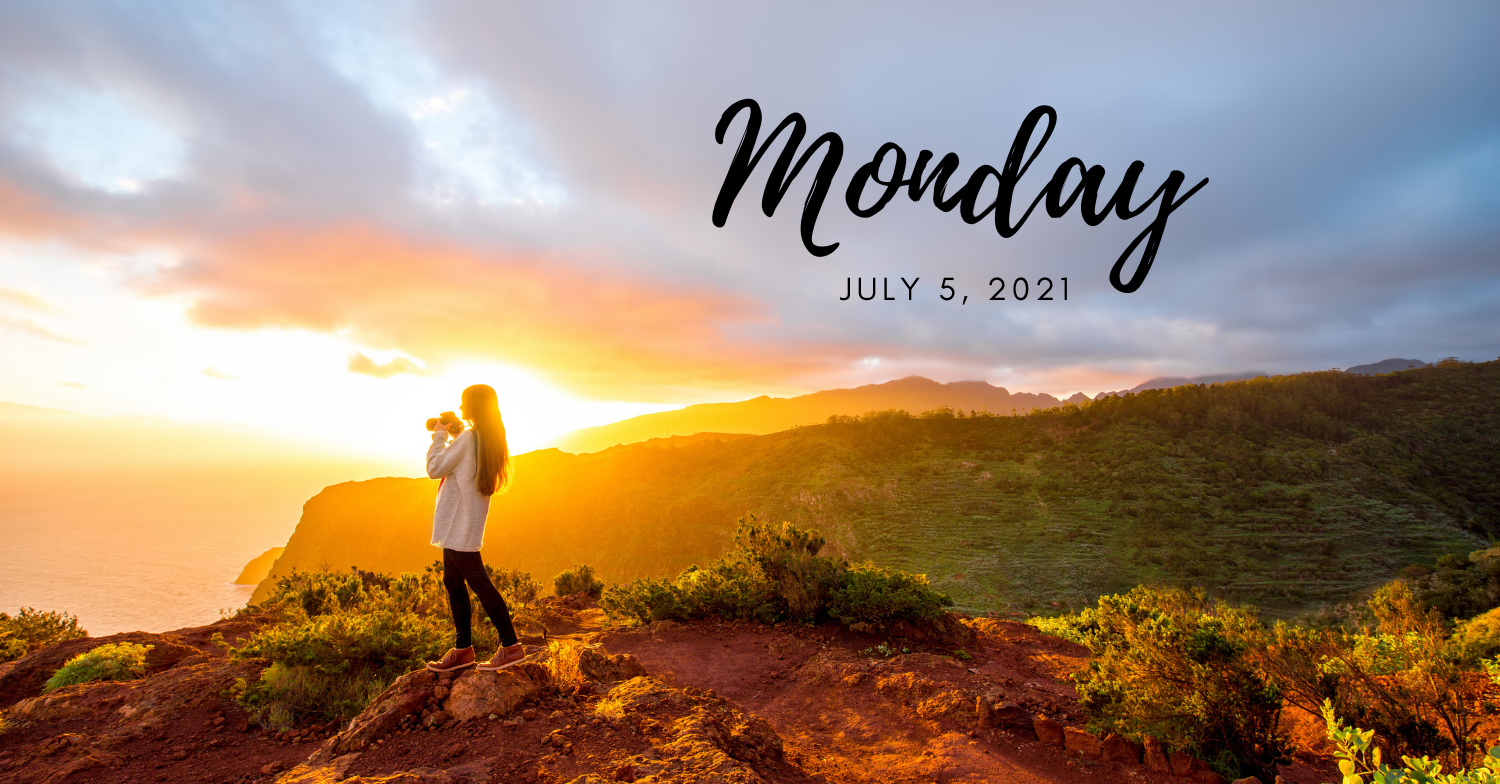 * Allen West Announces He Is Running Against Gov. Greg Abbott

Morrisons agreed to a takeover led by SoftBank-owned Fortress Investment Group that values the British supermarket chain at $8.7 billion and tops a rival offer from a U.S. private-equity firm

Tesla is pushing for global expansion and looking to open more factories around the world. WSJ analyzes three speeches by Elon Musk to understand the company’s strategy to beat competitors and overcome regulatory hurdles to take more of its vehicles to the roads.

A new platform that describes itself as a “non-bias social network” is being launched by former President Trump's campaign aide and spokesman Jason Miller.

Dr. Ashish Jha, dean of the Brown University School of Public Health, talks about the contrast between "vaccinated America" and "unvaccinated America," the dangers of the new Covid-19 Delta variant, and the challenges of improving the vaccination rate in the United States.

VATICAN CITY  — Pope Francis was hospitalized in Rome on Sunday afternoon for scheduled surgery on his large intestine, the Vatican said. The news came just three hours after Francis had cheerfully greeted the public in St. Peter’s Square and told them he will go to Hungary and Slovakia in September.

It was the pope’s first known hospitalization since he was elected to the papacy in 2013. Read More

STOCKHOLM, July 3 (Reuters) - The Swedish Coop grocery store chain closed all its 800 stores on Saturday after a ransomware attack on an American IT provider left it unable to operate its cash registers.

Hundreds of American businesses were hit on Friday by an unusually sophisticated attack that hijacked widely used technology management software from a Miami-based supplier called Kaseya.

According to Coop, one of Sweden's biggest grocery chains, a tool used to remotely update its checkout tills was affected by the attack, meaning payments could not be taken.

"We have been troubleshooting and restoring all night, but have communicated that we will need to keep the stores closed today," Coop spokesperson Therese Knapp told Swedish Television. Read More

Bezos, Gates Back Fake Meat And Dairy Made From Fungus As Next Big Alt-Protein

"A Scourge Of The Earth": Grasshopper Swarms Overwhelm US West

They’re arriving in swarms so dense it can appear the earth is moving. They’re covering roads and fields, pelting ATV riders, and steadily devouring grains and grass to the bedevilment of farmers and ranchers.

A massive population of grasshoppers is proliferating in the sweltering American west, where a deep drought has made for ideal conditions for grasshopper eggs to hatch and survive into adulthood. Read More

DES MOINES, Iowa — In the dim light just after dawn, Bill Blubaugh parks his Des Moines Water Works pickup truck, grabs a dipper and a couple plastic bottles and walks down a boat ramp to the Raccoon River, where he scoops up samples from a waterway that cuts through some of the nation’s most intensely farmed land.

Each day the utility analyzes what’s in those samples and others from the nearby Des Moines River as it works to deliver drinking water to more than 500,000 people in Iowa’s capital city and its suburbs.

“Some mornings walking down, it smells like ammonia,” he said. “It’s concerning. I’m down here every morning and care about the water.”

Water Works for years has tried to force or cajole farmers upstream to reduce the runoff of fertilizer that leaves the rivers with sky-high nitrate levels but lawsuits and legislative lobbying have failed. Now, it’s considering a drastic measure that, as a rule, large cities just don’t do — drilling wells to find clean water. Read More

The Future of Everything covers the innovation and technology transforming the way we live, work and play, with monthly issues on health, money, cities and more. This month is Artificial Intelligence, online starting July 2 and in the paper on July 9.

What if Abraham Lincoln could address Congress today? Or your great grandmother could help run the family business?

Researchers and entrepreneurs are starting to ponder how artificial intelligence could create versions of people after their deaths—not only as static replicas for the benefit of their loved ones but as evolving digital entities that may steer companies or influence world events.

Numerous startups are already anticipating growing demand for digital personas, including Replika, an app that learns to replicate a person in the form of a chatbot, and HereAfter AI, which records people’s life stories and uses them to create a replica embedded in a smart speaker. Read More

Allen West Announces He Is Running Against Gov. Greg Abbott

After much speculation and posturing, he's made it official. The Texas GOP chairman has launched his campaign.

Watch As The Remaining Portion Of The Champlain Towers Is Demolished

At 10:30 p.m. on Sunday, July 4, the remaining portion of the partially collapsed Champlain Towers South Condo was demolished via controlled implosion in Surfside.