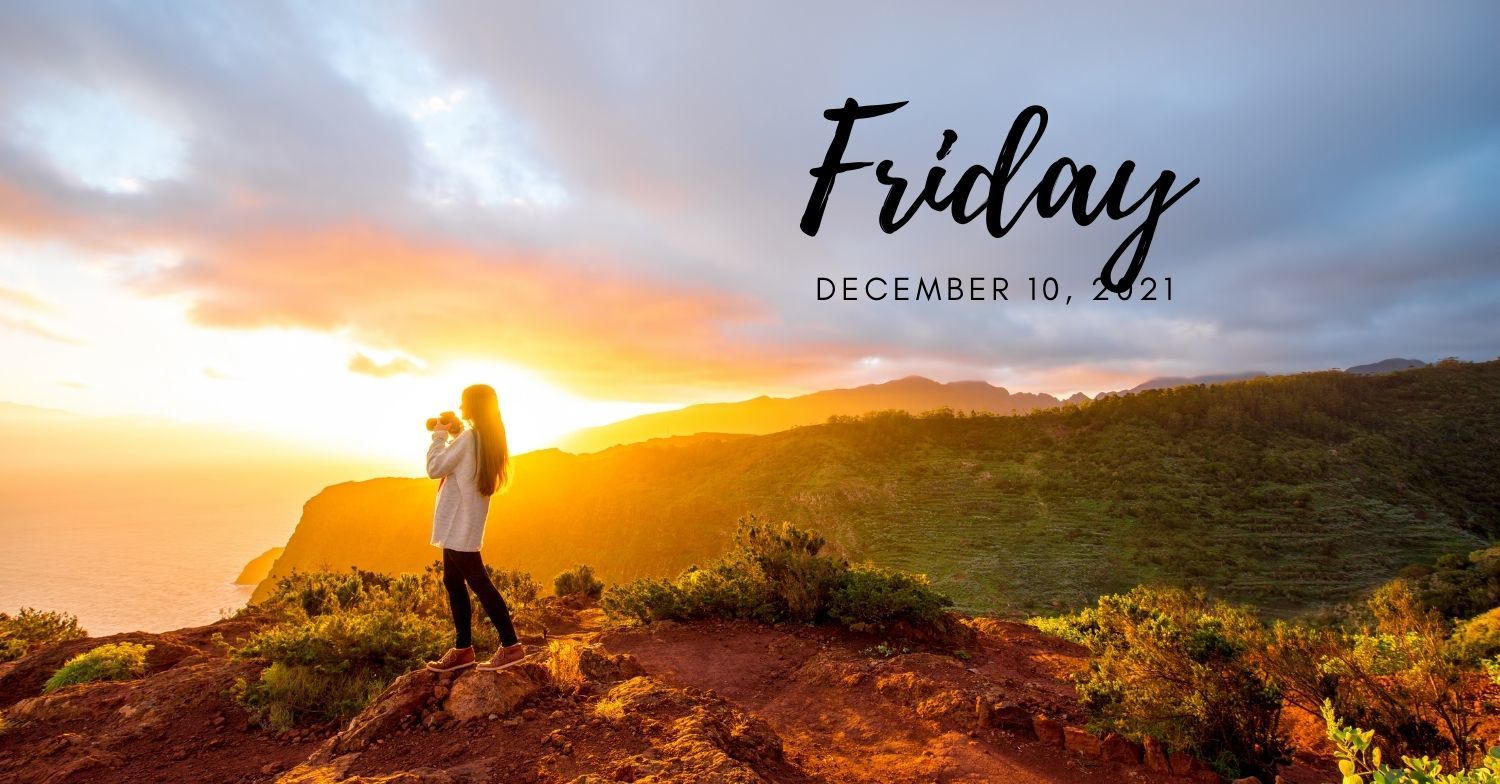 * They Got Married In The Metaverse

* Biden Pledges Support To Ukraine Amid Fears Of Russian Invasion

WHERE Is The AMERICAN FLAG!!! WE HAVE MERGED!

They Got Married In The Metaverse…

Traci and Dave Gagnon met in the cloud, so it only made sense that their wedding took place in it. On Labor Day weekend, the couple — or rather, their digital avatars — held a ceremony staged by Virbela, a company that builds virtual environments for work, learning and events.

Ms. Gagnon’s avatar was walked down the aisle by the avatar of her close friend. Mr. Gagnon’s avatar watched as his buddy’s avatar ambled up to the stage and delivered a toast. And 7-year-old twin avatars (the ring bearer and flower girl) danced at the reception.

How the immersive virtual world known as the metaverse, which few of us understand, will change the traditional wedding is, at the moment, anyone’s guess. But the possibilities of having an event unfettered by the bounds of reality are interesting enough to consider.

Because of the Covid-19 pandemic, technology is already being incorporated into ceremonies more than ever. Zoom weddings have taken place, and some in-person ceremonies now feature a livestream component for guests who cannot be there. Last year, a couple whose wedding was canceled because of the pandemic staged a (nonlegal) ceremony within Animal Crossing, a popular video game.

Like a ceremony within a video game, though, it is important to note that any weddings that occur solely in the metaverse are currently not legal. (Even virtual weddings by videoconference, which many states allowed during the height of the pandemic shutdowns, have since been outlawed in New York State and elsewhere.) Still, the metaverse will take these virtual celebrations much, much further, experts say, and offer almost boundless possibilities to couples. Read More

As Bill Gates reflected on what he calls his “most unusual and difficult year,” the billionaire also looked ahead to 2022 and beyond with no shortage of optimism — including when it comes to our “more digitized future.”

In a year-end post on Gates’ personal blog, the Microsoft co-founder included a prediction about the future of work, and how it could be changed by the rise of the metaverse, the virtual worlds being built by tech companies like Meta (formerly Facebook) and Microsoft, where users will be able to work, play and socialize.

Gates notes that the Covid-19 pandemic has already “revolutionized” the workplace, with more companies than ever offering flexibility for employees who want to work remotely. “Those changes will only intensify in the years to come,” Gates writes, and he says remote working will only pull more people into the metaverse.

“Within the next two or three years, I predict most virtual meetings will move from 2D camera image grids...to the metaverse, a 3D space with digital avatars,” Gates writes in his blog post. Read More

British Prime Minister Boris Johnson is under scrutiny after allegations that he and his staff attended parties in the winter of 2020, while the rest of the country was in lockdown.

Poop Sleuths Hunt For Early Signs Of Omicron In Sewage

Scientists have detected traces of omicron in wastewater in Houston, Boulder, Colo., and two cities in Northern California.

It's a signal that indicates the coronavirus variant is present in those cities, and it highlights the useful data produced by wastewater surveillance research as omicron looms.

Gathering this data requires careful collaboration among wastewater facilities, engineers, epidemiologists and labs. Scientists and public health officials say the data derived from samples of feces can help fill in the gaps from other forms of surveillance and help them see the big picture of the coronavirus pandemic, especially as a new variant emerges.

In San Jose, Calif., it all starts in a tunnel under the San José-Santa Clara Regional Wastewater Facility, which processes sewage from about 1.4 million people and 22,000 businesses.

Chances are that in many parts of Silicon Valley, what goes down the toilet ends up at this large plant at the south end of the San Francisco Bay. Read More

Research reveals that prolonged use of Covid masks, homemade or N95, can cause anywhere from five percent on up to 20 percent loss of oxygen, leading to hypercapnia (excessive carbon dioxide in the bloodstream typically caused by inadequate respiration), panic attacks, vertigo, double vision, tinnitus, concentration issues, headaches, slowed reactions, seizures, alterations in blood chemistry and suffocation due to air displacement.

Breathing in too much exhaled carbon dioxide (CO2) may be life-threatening, according to experts at the National Institutes of Health (NIH). By now, everyone has experienced, at the least, that light-headed, dizzy, flustered feeling of repeatedly re-breathing back in your own already processed air. Those are just the beginning warning signs of much more serious health problems.

In fact, wearing a mask day in and day out can lead to alterations in blood chemistry, and that leads to “changes in level of consciousness, if severe,” according to Amesh A. Adalja, MD, and senior scholar at Johns Hopkins Center for Health Security in Maryland.

It gets worse. A German neurologist, Dr. Margarite Griesz-Brisson, MD, PhD (in pharmacology), who specializes in neurotoxicology and environmental medicine, warns that oxygen deprivation from prolonged Covid-mask wearing can cause permanent neurological damage. Read More

Biden Pledges Support To Ukraine Amid Fears Of Russian Invasion

NEW YORK — Nearly a million noncitizens in New York City will be able to vote in municipal elections under legislation that passed the City Council on Thursday.

New York will become the largest city in the country to approve such a measure if the bill becomes law. The measure now goes to outgoing Mayor Bill de Blasio, who has expressed reservations but said he will not veto it. The bill becomes law if he does not act in the next 30 days.

The bill passed by a 33-14 vote, with two members abstaining. It would affect about 900,000 legal immigrants, according to the advocacy group Our City, Our Vote.

A newly approved eye drop hitting the market on Thursday could change the lives of millions of Americans with age-related blurred near vision, a condition affecting mostly people 40 and older.

Vuity, which was approved by the Food and Drug Administration in October, would potentially replace reading glasses for some of the 128 million Americans who have trouble seeing close-up. The new medicine takes effect in about 15 minutes, with one drop on each eye providing sharper vision for six to 10 hours, according to the company.

Toni Wright, one of the 750 participants in a clinical trial to test the drug, said she liked what she saw.

Before the trial, the only way Wright could see things clearly was by keeping reading glasses everywhere — in her office, bathroom, kitchen and car.

"I was in denial because to me that was a sign of growing older, you know, needing to wear glasses," she said.

It was in 2019 that her doctor told her about a new eye drop with the potential to correct her vision problems, temporarily. The 54-year-old online retail consultant, who works from her farm in western Pennsylvania, instantly noticed a difference. Read More

France released a Saudi national arrested at a Paris airport over suspected links to the killing of journalist Jamal Khashoggi after officials concluded it was a case of mistaken identity.

The new omicron variant could increase the likelihood that people will need a fourth coronavirus vaccine dose earlier than expected, executives at pharmaceutical giant Pfizer said Wednesday. Boosters are likely to help control the variant, according to the company, which said early lab experiments suggest that the standard two-dose regimen still provides some protection against severe illness from the variant.

Albert Bourla, Pfizer’s chief executive, had projected that a fourth dose might be needed 12 months after a third shot. But he said on CNBC’s “Squawk Box” that the timeline might need to be moved up. One of the company’s top scientists recently said a fourth shot — possibly one targeting omicron — is likely to be necessary. Read More