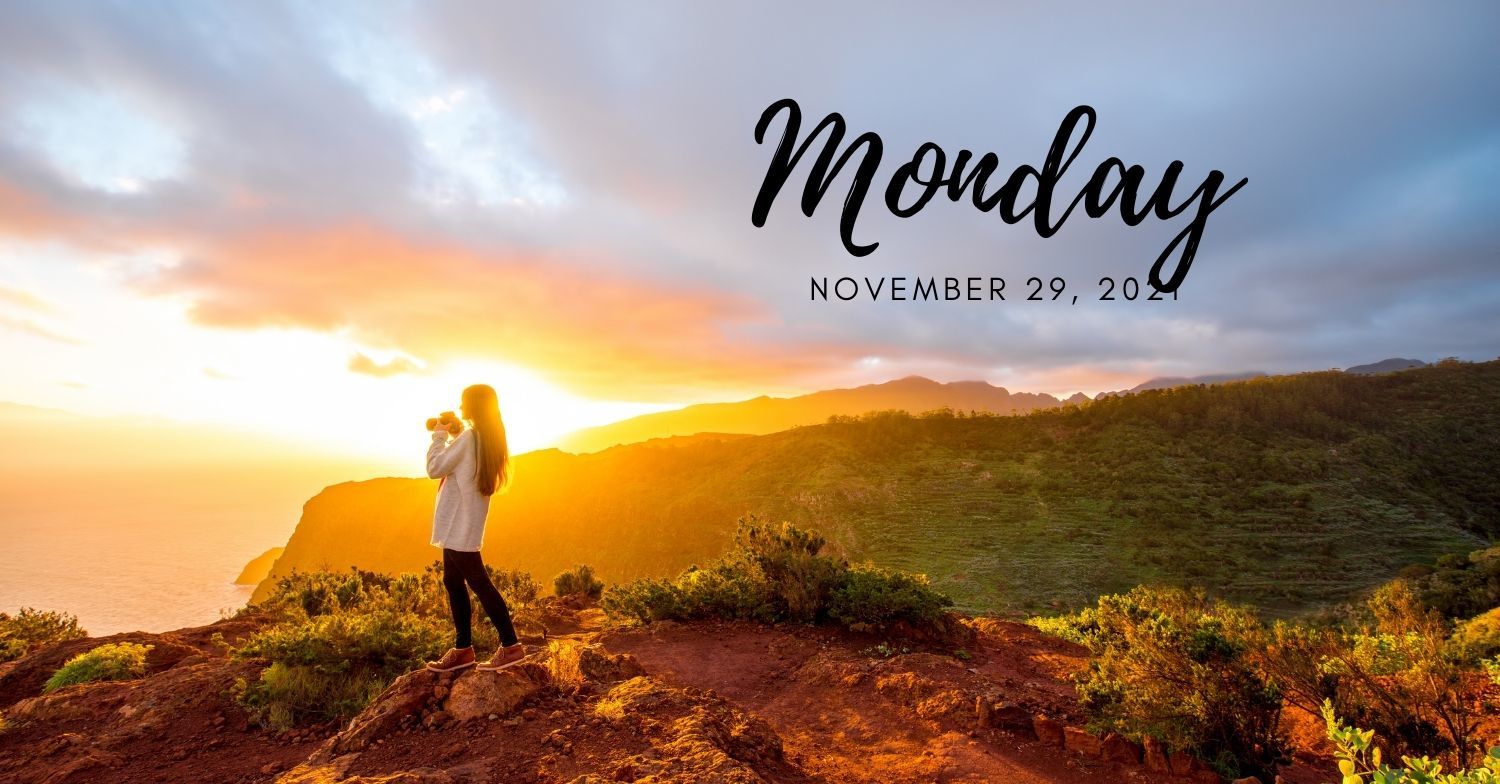 * Omicron Variant Will 'Inevitably' Be In US: Fauci

* Dr. Fauci Urges Booster Shots: 'Will Likely Give You The Highest Level Of Protection'

* This Weekly In Volcanoes; A Volcano Reawakens In Turkey, Grimsvoth Might Erupt

* Biden To Meet With Covid Team On Omicron Variant

* It's Not Safe To Go Out. Critical Warning From Law Enforcement

* It Will Be Released This Winter

U.S. Vice President Kamala Harris stressed the importance of COVID-19 vaccinations and booster shots as she echoed President Joe Biden's concern regarding the new Omicron variant of the virus.

Omicron Variant Will 'Inevitably' Be In US: Fauci

JOHANNESBURG -- Worried scientists in South Africa are scrambling to combat the lightning spread across the country of the new and highly transmissible omicron COVID-19 variant as the world grapples with its emergence.

In the space of two weeks, the omicron variant has sent South Africa from a period of low transmission to rapid growth of new confirmed cases. The country’s numbers are still relatively low, with 2,828 new confirmed cases recorded Friday, but omicron’s speed in infecting young South Africans has alarmed health professionals.

“We’re seeing a marked change in the demographic profile of patients with COVID-19,” Rudo Mathivha, head of the intensive care unit at Soweto’s Baragwanath Hospital, told an online press briefing.

“Young people, in their 20s to just over their late 30s, are coming in with moderate to severe disease, some needing intensive care. About 65% are not vaccinated and most of the rest are only half-vaccinated,” said Mathivha. “I’m worried that as the numbers go up, the public health care facilities will become overwhelmed.” Read More

Dr. Fauci Urges Booster Shots: 'Will Likely Give You The Highest Level Of Protection'

In a video released to social media this week by the White House, Dr. Anthony Fauci urges booster shots to combat COVID-19 threat.

This Week In Volcanoes; A Volcano Reawakens In Turkey, Grimsvotn Might Erupt

Right now, there are 49 volcanoes actively erupting on the planet. This week, the Hasan Dagi volcano in Turkey began to show signs of unrest. It has not erupted in more than 8,000 years, and has a history of large caldera forming eruptions. In Iceland, the Grimsvotn volcano is about to produce a major flood (termed a jökulhlaup) which could then trigger a volcanic eruption. Also, the Taal volcano in the Philippines produced a new volcanic eruption. This video will discuss these volcano related news stories, as told and analyzed by a volcanologist.

The comments were made earlier today by Frank Ulrich Montgomery, chairman of the global physicians’ society the World Medical Association (WMA).

“My great concern is that there could be a variant that is as infectious as Delta and as dangerous as Ebola,” he told the newspapers of the Funke media group.

According to Montgomery, “It will be necessary to vaccinate the world for years to come.”

“If the incidences cannot be brought under control, the federal states would have to be able to close nationwide businesses again or impose curfews,” he added.

Montgomery may be leaving himself open to criticism of being alarmist given that the average fatality rate of Ebola is 50%, with some strains even having a 90% mortality rate. Read More

Biden To Meet With Covid Team On Omicron Variant

President Joe Biden will be briefed by the White House Covid-19 Response Team and other public health officials to learn more on the mutated Omicron variant.

Prime Minister Naftali Bennett said on Friday that Israel is on "the verge of a state of emergency" after authorities detected the country's first case of a new coronavirus variant and barred travel to and from most African countries. "We've been working together with other world leaders, and now's the time to act fast, early, hard and strong," Bennett said. The Health Ministry said it detected the new strain in a traveler who had returned from Malawi and was investigating two other suspected cases. The three individuals, who had all been vaccinated, were placed in isolation. A new coronavirus variant has been detected in South Africa that scientists say is a concern because of its high number of mutations and rapid spread among young people in Gauteng, the country's most populous province.

Novavax Inc (NVAX.O) said on Friday it had started working on a version of its COVID-19 vaccine to target the variant detected in South Africa and would have the shot ready for testing and manufacturing in the next few weeks.

The company's COVID-19 shot contains an actual version of the virus' spike protein that cannot cause disease but can trigger the immune system. The vaccine developer said it had started developing a spike protein specifically based on the known genetic sequence of the variant, B.1.1.529.

"The initial work will take a few weeks," a company spokesperson said. Shares of the company closed up nearly 9% on Friday.

Novavax's vaccine received its first emergency use approval earlier this month in Indonesia followed by the Philippines. Read More

IT'S NOT SAFE TO GO OUT. CRITICAL WARNING FROM LAW ENFORCEMENT. NEW LOCKDOWN WARNINGS IN THE USA

Claims made against this video fall under FAIR USE. If you are reviewing this content manually, understand that this content does NOT violate C.right fair use laws and therefore cannot be claimed. Under case precedent Hosseinzedeh vs Kline, a judge ruled that critique of any copyright material whose intention is not to reproduce an original copy of the work, is allowed under fair use.

It Will Be Released THIS WINTER..

Neighborhoods are seeing dust that wont go away. military Technology being Deployed