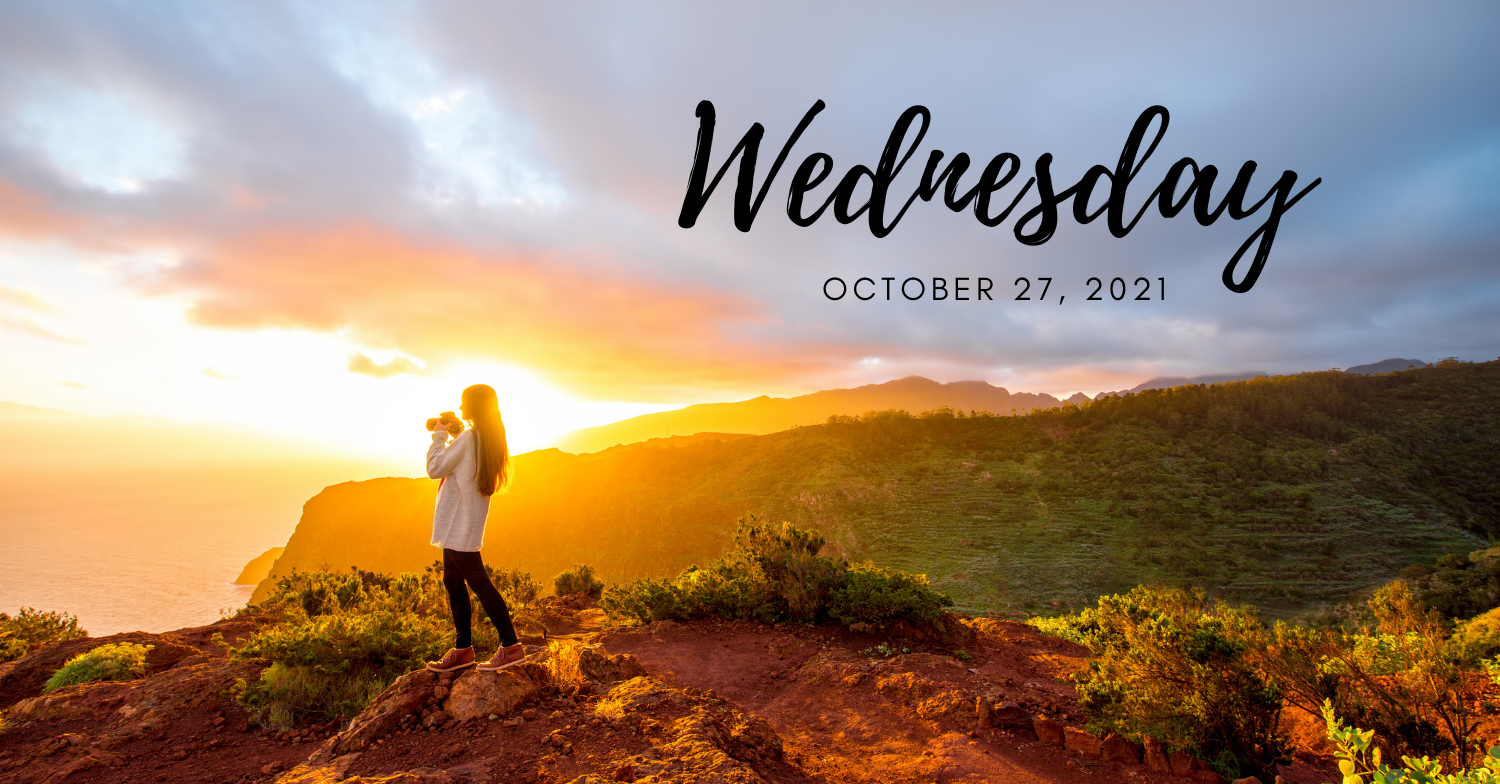 * CDC Director: Unvaccinated Police, Government Workers To Be Sent For "Education And Counseling"

* EXPLAINER: What The Metaverse Is And How It Will Work

* 4 Takeaways From The Senate Child Safety Hearing With YouTube, Snapchat And TikTok

Gas stations across Iran were out of service on Tuesday after an alleged cyberattack brought down the smart fuel system, which allows citizens in the sanction-hit country to buy gasoline at a reduced price.

Long queues of cars have been reported at gas stations across Iran after the electronic cards suddenly stopped working shortly before noon.

Iran’s elite Islamic Revolutionary Guard Corps (IRGC) and several state-run broadcasters have said that the disruption is the result of a cyberattack.

They didn’t name the culprit behind the hack, but Tehran has been long blaming its regional archrival Israel of carrying out cyberattacks and sabotage activities, targeting Iranian nuclear facilities and other key infrastructure.

According to AP, the semi-official ISNA news agency ran an article about the users of the government-issued cards receiving a message, saying “cyberattack 64411,” when they inserted them into readers at gas stations. However, the outlet soon removed the story, claiming that it was also the work of hackers.

The number 64411, which is associated with the hotline on Islamic Law issues run by the office of Iranian Supreme Leader Ayatollah Ali Khamenei, reportedly also featured during the hack on the country’s railway system in July.   Read More

A Food and Drug Administration advisory committee voted to recommend a smaller dose of the Pfizer Covid-19 vaccine for children ages 5-11. The authorization would make nearly the entire U.S. population eligible for a coronavirus shot.

CDC Director: Unvaccinated Police, Government Workers To Be Sent For "Education And Counseling"

Appearing on Fox News Sunday, the CDC Director Rochelle Walensky declared that the Biden regime is planning to provide vaccine hesitant police and other government workers with “education and counseling” to make them “comfortable” about taking the shots.

Walensky told Chris Wallace that “We have seen that these mandates are getting more and more people vaccinated.”

“What we know from the police workforce is there have been more deaths from the coronavirus over the last year and a half than all other causes of death for that workforce combined,” she claimed, adding “So we believe it is very important to get these people vaccinated.”

Then came the kicker.

“There is a plan, should these people not want to be vaccinated, towards education and counseling to get people the information they need so that they are feeling comfortable in getting vaccinated,” Walensky declared. Read More

U.S. President Joe Biden joined Southeast Asian leaders for a virtual summit, the first time in four years that Washington has engaged at the top level with a bloc seen as key to countering an increasingly assertive China

Buckingham Palace has announced the Queen will no longer be attending the COP26 Climate summit in Glasgow next week. The 95-year-old 'regretfully decided' not to travel – accepting doctors' advice to rest. In a statement the Palace did confirm the Monarch would deliver a pre-recorded video message for the delegates attending the conference. The announcement comes after the Monarch returned to official duties following an overnight hospital stay. Her Majesty welcomed new ambassadors to Britain from South Korea and Switzerland during two virtual engagements. The 95 year old has undergone "preliminary investigations" for an unspecified ailment – however it is not COVID-19 related. She's the world's oldest and longest-reigning monarch – and will celebrate 70 years on the throne...  Read More

EXPLAINER: What The Metaverse Is And How It Will Work

LONDON (AP) — The term “metaverse” seems to be everywhere. Facebook is hiring thousands of engineers in Europe to work on it, while video game companies are outlining their long-term visions for what some consider the next big thing online.

The metaverse, which could spring up again when Facebook releases earnings Monday, is the latest buzzword to capture the tech industry’s imagination.

It could be the future, or it could be the latest grandiose vision by Facebook CEO Mark Zuckerberg that doesn’t turn out as expected or isn’t widely adopted for years — if at all.

Plus, many have concerns about a new online world tied to a social media giant that could get access to even more personal data and is accused of failing to stop harmful content.

Here’s what this online world is all about:

WHAT IS THE METAVERSE?

Think of it as the internet brought to life, or at least rendered in 3D. Zuckerberg has described it as a “virtual environment” you can go inside of — instead of just looking at on a screen. Essentially, it’s a world of endless, interconnected virtual communities where people can meet, work and play, using virtual reality headsets, augmented reality glasses, smartphone apps or other devices. Read More

4 Takeaways From The Senate Child Safety Hearing With YouTube, Snapchat And TikTok

Lawmakers in the Senate hammered representatives from Snapchat, TikTok and YouTube on Tuesday, in a combative hearing about whether the tech giants do enough to keep children safe online.

It marked the first time Snapchat and TikTok have landed in the hot seat in Washington, D.C., and for nearly four hours lawmakers pressed the officials about how the apps have been misused to promote bullying, worsen eating disorders and help teens buy dangerous drugs or engage in reckless behavior.

The hearing was convened by the Senate Commerce subcommittee on consumer protection, product safety and data security — the same panel that brought Facebook whistleblower Frances Haugen to testify earlier this month about the thousands of pages of internal company documents she has shared with Congress, regulators and the press. Haugen says the documents show how the social network places profits over public safety.

Haugen's disclosures about Facebook underscored the potential harms of the platform: its ability to amplify misinformation and how Facebook's own research showed that Instagram can worsen mental health and body-image issues for young people. Read More

U.N. Secretary-General António Guterres on Monday called on China to lay out “ambitious” goals to combat the environmental crisis in advance of the U.N. Climate Change Conference, which begins next week in Glasgow, Scotland. Speaking at a ceremony celebrating the 50th anniversary of China’s permanent seat on the United Nations Security Council, Guterres thanked China for its actions in recent years to combat climate change, but appealed to the world’s most populous country — and by far the world’s biggest emitter of greenhouse gases — to do more.

“I commend President Xi Jinping for announcing at the 76th Session of the U.N. General Assembly that China will end financing of coal-fired power plants abroad and direct support to green and low carbon energy,” Guterres said. “We must do everything possible to keep the 1.5-degree goal of the Paris Agreement alive. I appeal for China’s presentation of an ambitious Nationally Determined Contribution in the run-up to COP-26 in Glasgow.”

Guterres’s concern stems from the fact that China emits more greenhouse gases than all industrialized nations in the world combined, but so far has promised only to peak those emissions by 2030 and to achieve carbon neutrality by 2060. Most developed countries, including the United States, the world’s second-largest emitter, have promised to substantially reduce their emissions this decade and achieve net-zero emissions by 2050. Read More

Two stocks linked to Donald Trump plunged on Tuesday shortly after the ex-president detailed plans for one of the companies, and the other firm said it would sell additional shares to raise capital.

The big pullbacks in the prices of the SPAC Digital World Acquisition Corp., and Phunware — which follows similar drops for both names Monday — came after the companies saw massive gains in their stock values last week.

That set off a frenzy of buying in DWAC shares over two days last week, which left the stock price more than 800% higher.

Phunware, which is not connected to DWAC’s merger, also saw a major gain in share price, likely because of the firm’s involvement in Trump’s failed 2020 reelection campaign. Read More

Physicists in China say they have built two quantum computers with performance speeds which top their Western competitors – a superconducting machine and an even faster type which uses light photons to achieve never-before seen results.

According to the research team, the light-based Jiuzhang 2 can calculate in one millisecond a task that would take the world’s fastest conventional computer 30... Read More