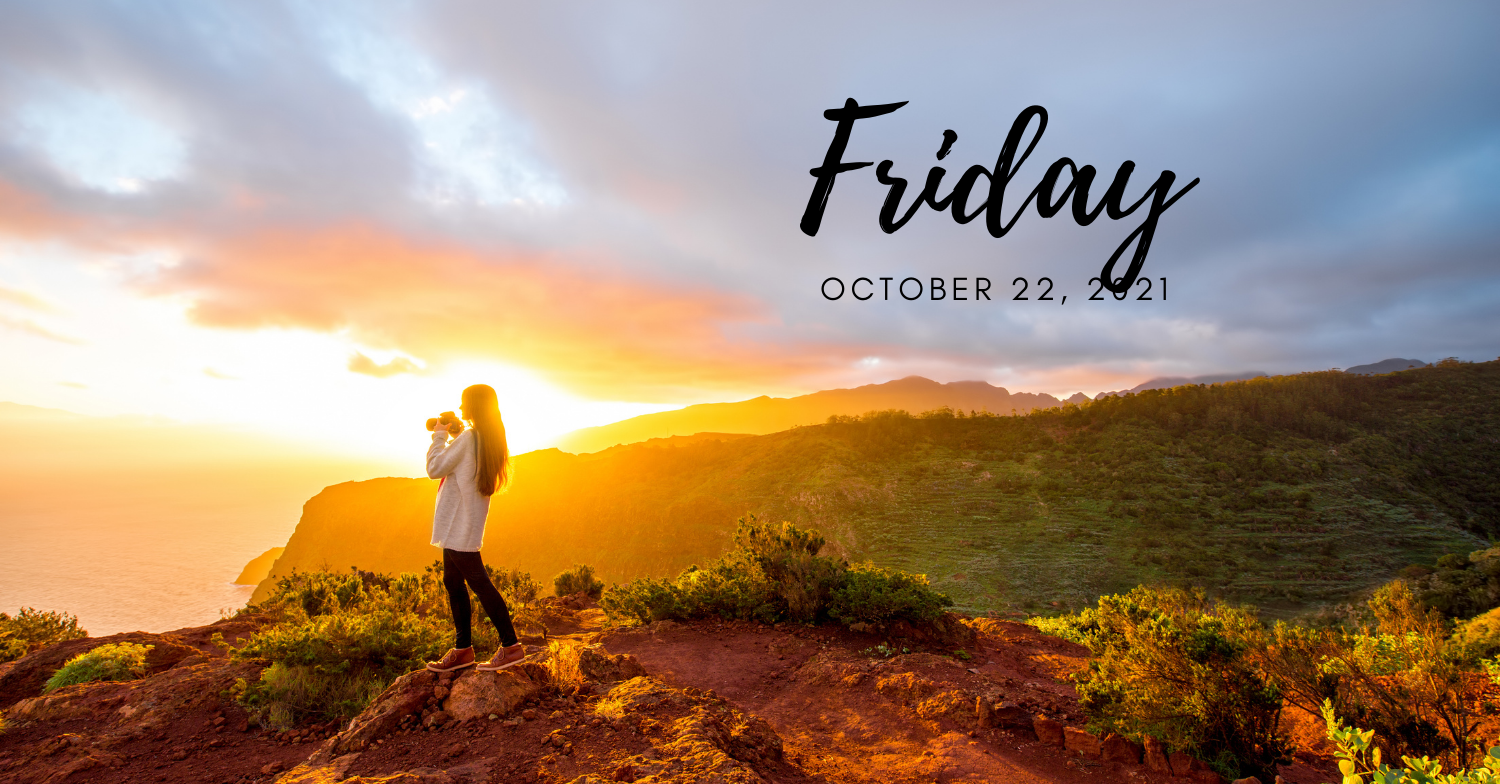 * Japanese Ghost Ships Sunk By U.S. During WW2 Battle Of Iwo Jima Raised From The Deep After Volcano Tremors

* Now There Are 27 Volcanoes Erupting In The World: Another 14 Are Ready To Erupt At Any Time

* 'We Have A Commitment': Biden Vows To Defend Taiwan

Prime Minister Justin Trudeau unveiled Canada's standard federal proof-of-vaccination COVID-19 system on Thursday, which will be able to be shown when travelling by air or train within the country. The plan is to have a government document that will have a common look and feel, including the signature "Canada" emblazoned in the top corner. The proof-of-vaccination will show your name, date-of-birth, COVID-19 vaccine history and will be issued by the provinces and territories. Trudeau said so far Ontario, Newfoundland and Labrador, Nova Scotia, Quebec, Saskatchewan, the Northwest Territories, Yukon territory and Nunavut have all put the standard to use, but the other provinces will be coming on board shortly. While Trudeau said they are discussing with international partners to ensure the national pass is recognized abroad, people will still be able to use their vaccine proof when they travel internationally. People can also use their provincial or territorial vaccination receipts for travel if their jurisdiction has not yet moved into the standard proof. Finance Minister Chrystia Freeland also joined Trudeau on Thursday to announce new business-related supports as the current ones are set to expire Oct. 23, as well as the extension of personal benefits like the Canada Sickness Benefit and Canada Recovery Benefit. The business-related supports will include utilizing the wage and income subsidies to help businesses who are able to prove they've seen a significant loss of revenue. They also announced two programs to provide financial support to businesses and to workers should they be impacted by a local lockdown that forces closure. The creation of the new programs, such as the Hardest-Hit Business Recovery Program and the Canada Worker Lockdown Benefit, according to the government, would require legislation to be put forward by the government and passed by the House of Commons, which does not resume sitting until Nov. 22.

Washington — A new fact sheet from OSHA details protections for employees who report workplace health and safety concerns related to COVID-19, and includes other relevant information for whistleblowers.

Section 11(c) of the Occupational Safety and Health Act of 1970 contains anti-retaliation provisions for all employers except most federal, state and local government workers. U.S. Postal Service employees, however, are covered.

Activities related to COVID-19 that are protected include reporting an infection/exposure or unsafe condition to an employer or OSHA. The fact sheet provides examples of retaliation, including being fired or laid off.

If an OSHA regional administrator dismisses the complaint, the employee may seek a review of the dismissal by the Directorate of Whistleblower Protection Programs by filing a request within 15 calendar days of receiving the dismissal letter. Read More

President Joe Biden’s pick to run one of Washington’s most important banking industry regulators might not have enough support for confirmation in the Senate.

Senate Democrats are fractured over whether to support Saule Omarova, Biden’s indicated choice to lead the Office of the Comptroller of the Currency, jeopardizing her candidacy.

Any Democratic defection, or an indication of such, could force Senate leadership to scrap the nomination before putting Omarova up to a vote.

Her selection, coupled with her views on how to overhaul the U.S. banking system, prompted several Senate Democrats or their staff to complain to the White House and suggest that the president’s choice will be tough to support on Capitol Hill, according to a person familiar with the matter.

This person declined to be named in order to speak openly about private discussions between the White House and Senate offices. Read More

Satellite images show the battered remains of 24 transport vessels captured by the US Navy during the last days of the conflict in 1945.

The dramatic pictures were released by All Nippon News after the seabed began to rise due to activity from Mount Suribachi in the west of Iwo Jima island.

The sunken boats are now sitting on volcanic ash thanks to the seismic tremors.

During the war, the boats were moved to form a port to prepare for the invasion of US troops.

They formed a breakwater - which is usually a wall of stone or wood used to protect harbours from waves - to shield other boats which were unloading troops and weapons.

Iwo Jima was captured by the US because of its two airfields.

During the bloody battle, 216 Japanese soldiers were captured - while the rest of the country's 20,000 troops were killed. Read More

Now There Are 27 Volcanoes Erupting In The World: Another 14 Are Ready To Erupt At Any Time

Overview of weather and natural events in the World. What is happening in this world: natural disasters on the planet of Earth. The latest news about weather events and disasters. The climate is changing rapidly, which inevitably leads to global warming.

A woman was shocked to discover just how much data Amazon has collected about her.

She posted a viral TikTok video explaining how she requested to see the data but wasn’t expecting to receive so much. TikToker my.data.not.yours explained: “I requested all the data Amazon has on me and here’s what I found.”

She revealed that she has three Amazon smart speakers.Two are Amazon Dot speakers and one is an Echo device.

Her home also contains smart bulbs.She said: “When I downloaded the ZIP file these are all the folders it came with.”

The TikToker then clicked on the audio file and revealed thousands of short voice clips that she claims Amazon has collected from her smart speakers. She described them as “so scary” and played one of her talking about turning on a light. Read More

You might have seen it in the news. This month, the DHS, the MTA, and a bunch of other important organizations are doing one of those entirely trustworthy biosecurity experiments in New York and spraying entirely harmless stuff on the subway and in select populous locations.

I would add to the list of locations, per DHS, Times Square and Grand Terminal subway stations.

It is not the first time it’s being done in New York.

For example, in 1966, the military dispersed a pathogen on the subway without informing the citizens. To quote a 2015 Business Insider article,

Former President Donald Trump announced Wednesday he will be launching his very own media network, including a social media platform called “TRUTH Social,” in order to “stand up to the tyranny of Big Tech.” The app appears to be the first project of the Trump Media and Technology Group (TMTG), which will list on the Nasdaq through a merger with Digital World Acquisition Group, according to an announcement tweeted out by spokeswoman Liz Harrington. The transaction values TMTG at up to $1.7 billion, Harrington said. The new company, which lists Trump’s private membership club Mar-A-Lago as its address, will be chaired by the former president, who says that this “group’s mission is to create a rival to the liberal media consortium.” “We live in a world where the Taliban has a huge presence on Twitter, yet your favorite American president has been silenced,” Trump claimed. Trump was notoriously banned by major social media giants earlier this year, following his posts related to the January 6 riots at the United States Capitol Building. The move doesn’t come as a total surprise. Trump and his team of advisors have dropped hints for months that he might launch his own social media app to rival Facebook and Twitter. According to the press release, TRUTH Social is currently available for pre-order in the Apple App store, and a beta version will be available to invited guests starting in November 2021. A nationwide rollout is expected in the first quarter of 2022, the release said. The release also noted TMTG intends to launch a subscription video-on-demand service which would would feature “non-woke” entertainment programming, news and podcasts. For those who register online to receive emails from TMTG, the terms of service require that users sign away their right to file a class action. Digital World Acquisition Group has not yet filed anything with the Securities and Exchange Commission about this merger.

The spike in Covid cases is the highest number reported in the U.K. in three months. Overall cases are up 18 percent in just the past week. Officials there are investigating the delta plus mutation, while Dr. Anthony Fauci says there’s no cause for alarm in the U.S. at this point.

India celebrated giving its billionth COVID-19 vaccine dose on Thursday, a hopeful milestone for the South Asian country where the delta variant fueled a crushing surge earlier this year and missteps initially held back its inoculation campaign. About half of India’s nearly 1.4 billion people have received at least one dose while around 20% are fully immunized, according to Our World in Data. Many of those shots have come in just the past couple of months, after the rollout languished in the first half of the year amid vaccine shortages and problems with the system for rolling them out. The success of the campaign has been credited with driving down coronavirus cases since the devastating months at the start of the year when India was recording hundreds of thousands infections a day, hospitals buckled under the pressure, and crematoriums and graveyards became overwhelmed. But experts warn that India must speed up the delivery of second shots in order to ensure the outbreak doesn’t flare again. The country widened the gap between shots from 12 to 16 weeks in order to administer more first doses at a time when supply was limited and infections were surging — a tactic countries like the United Kingdom have used in times of crisis. But it created a lag in getting people fully immunized.

‘We Have A Commitment’: Biden Vows To Defend Taiwan

President Joe Biden didn’t hesitate when asked whether the U.S. would come to Taiwan’s defense if China attacked.

NATO defense ministers agreed to a new master plan to defend against any potential Russian attack in the Baltic and Black Sea regions that could include nuclear weapons, hacking of computer networks and assaults from space.