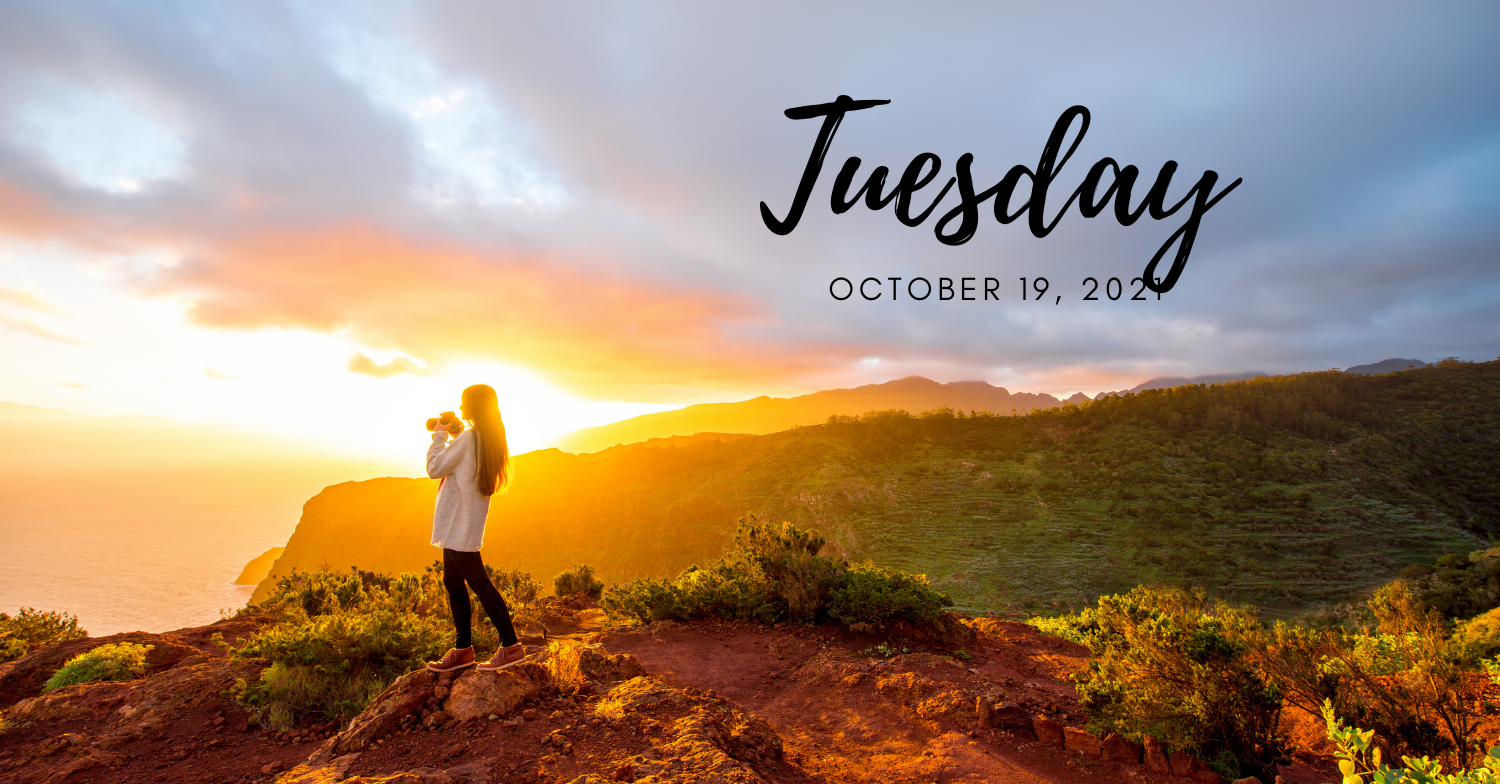 * Earthquakes Today: Latest Quakes In Or Around California

* The Five 'Blast COVID Hypocrisy From The Elites'

* This Is Scary! Police Are standing Down- Dangerous Streets across America! Things Are Getting Worse

* Carl Icahn Says The Market Over The Long, Run Will Certainly 'Hit The Wall' Because Of Money Printing

SACRAMENTO – Governor Gavin Newsom today announced that he will aggressively move the state further away from its reliance on climate change-causing fossil fuels while retaining and creating jobs and spurring economic growth – he issued an executive order requiring sales of all new passenger vehicles to be zero-emission by 2035 and additional measures to eliminate harmful emissions from the transportation sector.

The transportation sector is responsible for more than half of all of California’s carbon pollution, 80 percent of smog-forming pollution and 95 percent of toxic diesel emissions – all while communities in the Los Angeles Basin and Central Valley see some of the dirtiest and most toxic air in the country.

“This is the most impactful step our state can take to fight climate change,” said Governor Newsom. “For too many decades, we have allowed cars to pollute the air that our children and families breathe. Californians shouldn’t have to worry if our cars are giving our kids asthma. Our cars shouldn’t make wildfires worse – and create more days filled with smoky air. Cars shouldn’t melt glaciers or raise sea levels threatening our cherished beaches and coastlines.”

Following the order, the California Air Resources Board will develop regulations to mandate that 100 percent of in-state sales of new passenger cars and trucks are zero-emission by 2035 – a target which would achieve more than a 35 percent reduction in greenhouse gas emissions and an 80 percent improvement in oxides of nitrogen emissions from cars statewide. In addition, the Air Resources Board will develop regulations to mandate that all operations of medium- and heavy-duty vehicles shall be 100 percent zero emission by 2045 where feasible, with the mandate going into effect by 2035 for drayage trucks. To ensure needed infrastructure to support zero-emission vehicles, the order requires state agencies, in partnership with the private sector, to accelerate deployment of affordable fueling and charging options. It also requires support of new and used zero-emission vehicle markets to provide broad accessibility to zero-emission vehicles for all Californians. The executive order will not prevent Californians from owning gasoline-powered cars or selling them on the used car market. Read More

Gov. John Bel Edwards announced Wednesday that Louisiana has joined the United Nations Framework Convention on Climate Change’s “Race to Zero” campaign. This is a global effort of thousands of governments, higher education institutions and businesses committed to taking actions to continue to reduce greenhouse gas emissions, to avoid further worsening effects of climate change on the world’s communities.

“In just a few weeks, the nations of the world will reunite once again at #COP26 in Glasgow, Scotland to tackle climate change through diplomacy, commitments, policies, and actions to help the world remain below 1.5 degrees Celsius of warming to avoid catastrophic climate change impacts. Ahead of that meeting, and in keeping with the greenhouse gas reduction commitments established in my Climate Initiatives Task Force executive order, I am proud to announce Louisiana has joined the global ‘Race to Zero’ campaign,” Gov. Edwards said. “No state in our country is more adversely impacted by climate change than Louisiana – in just the last year alone we’ve experienced major hurricanes, flash flooding and a severe winter storm. But at the same time, no state is better positioned to be a leader in reducing carbon emissions and bolstering coastal resiliency.” Read More

Air Products said it will build a $4.5 billion complex in the capital region in Ascension large Parish to product "blue hydrogen," which uses natural gas to produce an alternative fuel with the carbon dioxide emissions captured and stored underground.

"This represents an important step in our ongoing expansion into clean energy," Edwards said during a press conference. "It's the carbon sequestration effort to date. This is the largest project of its type anywhere in the world."

Air Products, which supplies industrial gas, will build the facility near Burnside.

"This will be a world class example of clean energy for the future," said Seifi Ghasemi, president, chief executive and chairman of Air Products. Read More

“There’s no need to allow this to go on forever, especially since the legal basis for it is so very weak,” says Rep. Zoe Lofgren on Trump suing the Jan. 6 committee to block the release of White House documents.

OCTOBER 18, 2021: Police report three killed in stabbing and subsequent shooting at the Pathways International Kingdom Restoration of Montego Bay said to be a religious cult. A member was shot dead. The shooting happened as cops turned up and were attacked.

Earthquakes Today: Latest Quakes In Or Around California

The Five' Blast COVID Hypocrisy From The Elites

The Five' react to White House blowing off video of maskless Joe Biden despite D.C. restrictions

THIS IS SCARY! POLICE ARE STANDING DOWN - DANGEROUS STREETS ACROSS AMERICA! THINGS ARE GETTING WORSE

What is happening right now was inevitable. Images show a crowd of 80-120 people tearing apart an area in one western state this week, smashing storefront windows, lighting dumpsters on fire and causing $500,000 - $1,000,000 in damage Authority response is that because of legislation passed by lawmakers this year, the law has restricted operations and the tools that officers can use to stop people from causing destruction of physical harm within a region. According to reports, the entire U.S. Aftermarket parts industry is bracing for shortages into the year 2023, a warning that is backed up by Mccarthy of the suppliers association. Delays that used to last only a day or two are now stretching into weeks and in some cases months according to shop owners.

Former President Donald Trump says he would not mandate COVID-19 vaccines if he were still in office because he’d “sell it” to people to take voluntarily.

President Biden last month announced that most federal workers must get vaccinated or face losing their jobs and that companies with 100 or more employees must require shots or regular testing — drawing pushback from critics who accused him of overreach.

“I wouldn’t say to anybody, ‘You have to.’ But I would sell it. Look, I’m very proud of what we did with the vaccines,” Trump told political news host Bill O’Reilly in an interview that will air at 8 p.m. Monday on The First TV.

“It was supposed to take five years and they said it wasn’t going to work. I did three vaccines in less than nine months and they do work, they work really well.” Read More

Longtime activist investor Carl Icahn said Monday that the U.S. markets could see major challenges over the long term in the face of excessive money supply and rising inflation.

The Federal Reserve and Congress have unleased trillions of dollars in stimulus to rescue the economy from the Covid-19 pandemic. The central bank’s balance sheet swelled by more than $3 trillion amid its open-ended quantitative easing program, while the government has allocated over $5 trillion in stimulus to support Americans through the health crisis. Read More

An armed gang in Haiti, known as the 400 Mawazo, has kidnapped a group of Christian missionaries in Port Au Prince. The 16 Americans and one Canadian from the Christian Aid Ministries were visiting an orphanage when the gunmen took them hostage. The gang already has another high-profile kidnapping on their wrap sheet, they kidnapped a group of Catholic Priests earlier this year. Professor of Latin American and Caribbean Studies, Senior Fellow at COHA, Danny Shaw weighs in

Connectivity is not a luxury, it is a fundamental right. The COVID-19 pandemic has made this clearer than ever. Connectivity allowed people to learn, shop, bank, socialize, access healthcare and, in many cases, work from home. For roughly 3.6 billion people around the world, however, all of that was impossible because they lacked even the most basic internet access.

How much of the $15 trillion the International Monetary Fund (IMF) estimates the world may have lost in output due to COVID-19 could have been saved if everyone had access to the internet? What about the physical and mental health costs of being unconnected in an increasingly digital world? We must act now to bring unconnected communities online. Not just in smart cities, but in smart villages and smart townships. Read More

A fire ripped through an oil refinery in Kuwait, Monday, October 18. Some workers suffered from smoke inhalation and other light injuries, but no fatalities were reported. The Mina al-Ahmadi oil refinery was built to handle 25,000 barrels of oil a day to supply Kuwait’s domestic market with gasoline and diesel. The refinery recently underwent an expansion to reduce its emissions and boost capacity to 346,000 barrels a day

More than a thousand people crowded the front steps of the California Capitol on Monday to protest Gov. Gavin Newsom’s decision to require all children to get the coronavirus vaccine to attend public and private schools.