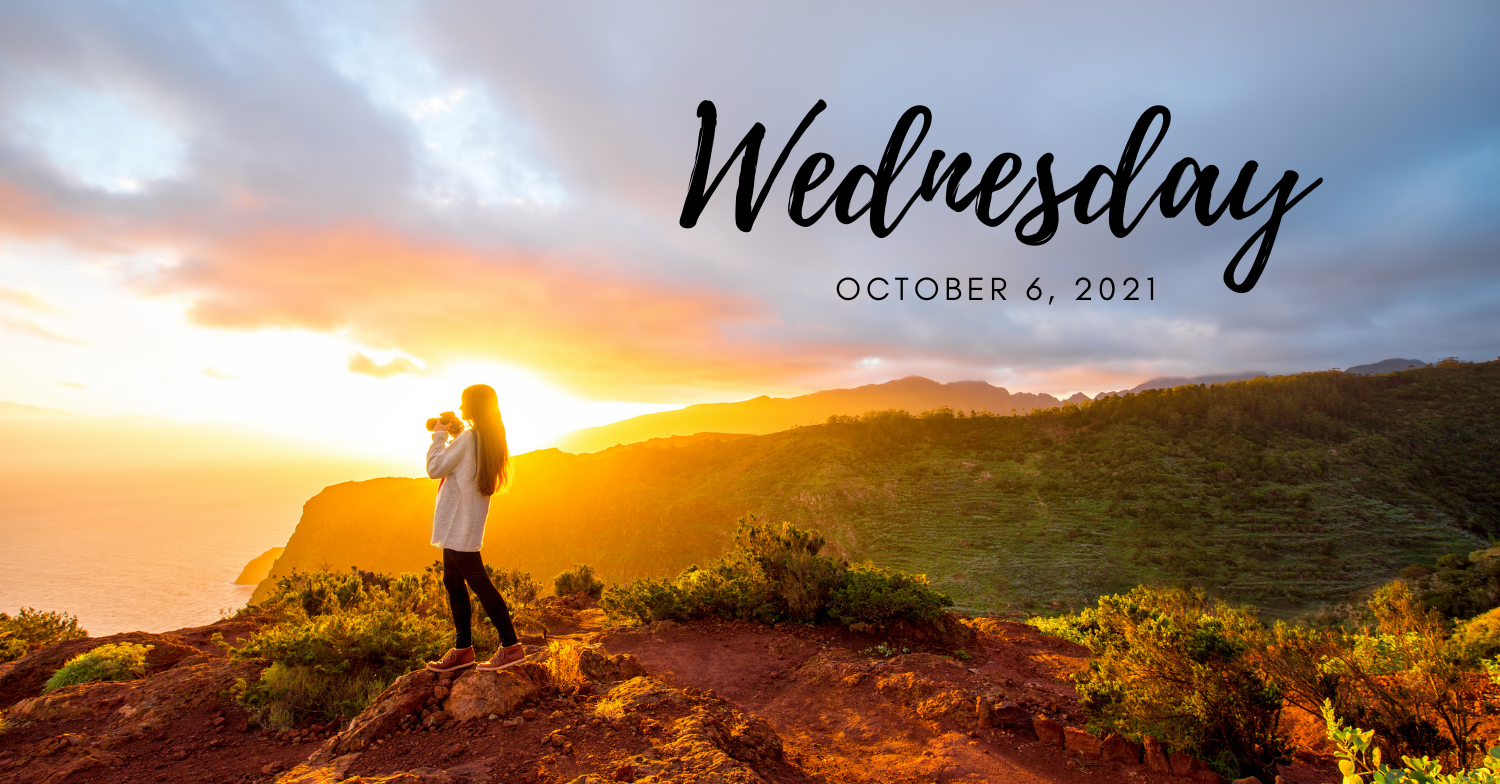 * ' Not Supposed To Happen ': US State With Highest Vaxx Rate Sees Record Surge In COVID Cases

* Biden And XI Agree To Abide By Taiwan Agreement

* MERK Sells FEDERALLY FINANCED Covid Pill To U.S. For 40 Times What It Costs To Make

* Newest Robots & Technology Of The Future

* There Are Two Types Of Quantum Computing. Now One Company Says It Wants To Offer Both

* WATB CHURCH- Dr. June Knight "The Fiber For The Cyber "

South Africa's COVID-19 digital vaccine certificate went live without any announcement. This follows President Cyril Ramaphosa saying the country would soon have standardised proof of vaccination to facilitate travel, access to establishments and other activities.

AstraZeneca has asked the US Food and Drug Administration to authorise the emergency use of a first-of-a-kind antibody treatment to prevent COVID-19. An Australian specialist described the treatment as "important" but with "niche" uses.

The Anglo-Swedish company said the treatment, known as AZD7442, would be the first long-acting antibody combination to receive an emergency authorisation for COVID-19 prevention.

If authorised, the drug would likely be limited to people with compromised immune systems who do not get enough protection from vaccination.

"First and foremost we want to protect those vulnerable populations that haven't been adequately protected by the vaccine," Menelas Pangalos, AstraZeneca's head of research and development, said. Read More

An estimated 330,000 children were victims of sex abuse within France’s Catholic Church over the past 70 years, according to a report released Tuesday that represents the country’s first major accounting of the worldwide phenomenon.

The figure includes abuses committed by some 3,000 priests and other people involved in the church — wrongdoing that Catholic authorities covered up over decades in a "systemic manner," according to the president of the commission that issued the report, Jean-Marc Sauvé.

The head of the French bishops’ conference asked for forgiveness from the victims, about 80% of whom were boys, according to the report. The bishops are meeting Tuesday to discuss next steps.  Read More

'Not Supposed To Happen': US State With Highest Vaxx Rate Sees Record Surge In COVID Cases

Vermont, the state with the highest vaccination rate in the United States, is experiencing a CCP virus surge at levels not seen since the pandemic’s peak last winter.

The number of cases in Vermont is at a record level, hospitalizations are close to the records notched last winter, and the state recorded the deadliest day and the second deadliest month of the pandemic in September.

“I think it’s clearly frustrating for all of us,” Michael Pieciak, the commissioner of the Vermont Department of Financial Regulation who monitors CCP (Chinese Communist Party) virus statistics for the state.

More than 69 percent of Vermont’s population has been fully vaccinated against COVID-19 as of Sept. 24, according to the CDC, far above the national rate of 56 percent.

The state recorded the highest rate of hospitalizations per 100,000 residents on Sept. 30, breaching a record set on Jan. 31 last year. Eight people died of the CCP virus in Vermont on Sept. 13, the highest grim total recorded since the outbreak of the virus.

In late August, four of ten cases of COVID-19 in Vermont were among vaccinated people, according to a letter signed by 90 employees of the Vermont Health Department, including state Epidemiologist Patsy Kelso. Read More

Inside Biden's Full-Court Press With France

Why it matters: The White House's secret deal with Australia last month left the French feeling betrayed and blindsided, and furious about the loss of a $60 billion submarine contract. Secretary of State Tony Blinken visited Macron on Tuesday; national security adviser Jake Sullivan is on his way to Paris too.

Driving the news: Blinken participated in a flurry of meetings in Paris on Tuesday, walking and talking for more than an hour through the ornate halls of the foreign ministry with his French counterpart, Jean-Yves Le Drian. Read More

HARLINGEN, Texas (ValleyCentral) — There are two bills in Congress that Democrats are working to push through that could bring money to the Rio Grande Valley. A bill that would improve infrastructure around the country and the other will improve social safety nets and tackle climate change.

For months lawmakers have debated these bills. The infrastructure bill passed the Senate with 19 Republicans voting in favor, putting the bill over the necessary “super majority” of 60 votes that makes the bill filibuster-proof.

The other bill, President Joe Biden’s “Build Back Better” plan, is the main thing holding back the pair of bills. Progressive and moderate Democrats are going back and forth over the price tag of the bill that Democrats plan to pass with a process known as “budget reconciliation”. Read More

Facebook Director of Policy Communications Lena Pietsch blasted Haugen, noting she "worked for the company for less than two years, had no direct reports, never attended a decision-point meeting with C-level executives – and testified more than six times to not working on the subject matter in question."

Although Pietsch said Facebook does not agree with the characterizations made by Haugen, the company did agree that it's time to create standard rules for the internet.

"It’s been 25 years since the rules for the internet have been updated, and instead of expecting the industry to make societal decisions that belong to legislators, it is time for Congress to act," Pietsch concluded.  Read More

Attorney General Merrick Garland ordered the FBI on Monday to help address an uptick in violence and threats against public school employees. It follows an urgent request by the National School Boards Association for a federal investigation and increased security. The organization has compared the threats to domestic terrorism. USA Today's national education reporter Erin Richards joins "Red and Blue" anchor Elaine Quijano with details on the federal response and the "culture war" issues at the center of the unruly behavior.

The intellectual ringleaders of Donald Trump’s failed coup are finally facing the threat of serious consequences for their integral roles in the legal plot to overturn the 2020 election.

No lawyers did more than John Eastman and Jeffrey Bossert Clark to try to hand Trump an unearned second term. Eastman developed and promoted the theory that Vice President Mike Pence could reject Joe Biden’s victory, then endorsed it at the Jan. 6 rally that fomented the insurrection. Clark urged his Justice Department superiors to pressure several legislatures into awarding their electoral votes to Trump even though Biden carried their states. Both men remain practicing attorneys.

Now, however, their ability to practice law is under threat. On Monday, a bipartisan group of lawyers, including two former federal judges, asked the California bar to investigate Eastman. One day later, a different bipartisan group of lawyers, including two top-ranking Justice Department officials under George H.W. Bush, asked the D.C. Court of Appeals’ disciplinary panel to investigate Clark. Read More

Biden And Xi Agree To Abide By Taiwan Agreement

President Biden said on Tuesday that he and Chinese President Xi Jinping have agreed to abide by the status quo in light of recent military provocations carried out by China against the self-governing island.

"I’ve spoken with Xi about Taiwan. We agree we will abide by the Taiwan agreement. That’s where we are and I made it clear that I don’t think he should be doing anything other than abiding by the agreement," Biden told reporters.

The Taiwan Relations Act, one of several planks undergirding the current diplomatic relationship between the U.S., China and Taiwan, was passed by Congress in 1979 in order to "maintain peace, security, and stability in the Western Pacific" by maintaining "friendly commercial, cultural, and other relations" between Washington and Taipei.           Read More

“Every part of the supply chain has reached capacity.”

The supply chain crisis has hit the Bay Area. The ripple effect of all the epic cargo backups in Southern California will be felt for months to come.https://t.co/VtSR31h2Lx

The energy crisis is quickly becoming a food crisis: China's harvest is faltering without electricity. Dutch are unable to heat their greenhouses, which are empty and cold. The UK's meat production is curtailed by a lack of CO2. The world's food supply chains are deteriorating rapidly -- but the tide is turning! People are more receptive to creative ideas than ever -- build and invest in YOUR food production and local food systems NOW!

Taiwan said on it was “on alert” over China’s “over the top” military manoeuvres, after Beijing flew a record 56 fighter planes towards the self-governing island in a third day of sustained military intimidation.

The first sortie on Monday of 52 planes included 34 J-16 fighter jets and 12 H-6 bombers, among other aircraft, according to Taiwan’s Ministry of National Defence. Later, four more Chinese J-16s flew towards the southwestern part of Taiwan’s air defence identification zone, a buffer outside a country’s airspace.

The Taiwanese air force scrambled its fighter planes and monitored the movement of the Chinese warplanes on its air defence system, the ministry said.

MERCK SELLS FEDERALLY FINANCED COVID PILL TO U.S. FOR 40 TIMES WHAT IT COSTS TO MAKE

A FIVE-DAY COURSE of molnupiravir, the new medicine being hailed as a “huge advance” in the treatment of Covid-19, costs $17.74 to produce, according to a report issued last week by drug pricing experts at the Harvard School of Public Health and King’s College Hospital in London. Merck is charging the U.S. government $712 for the same amount of medicine, or 40 times the price.

Last Friday’s announcement that the new medicine cut the risk of hospitalization among clinical trial participants with moderate or mild illness in half could have huge implications for the course of the coronavirus pandemic. Because it’s a pill — as opposed to monoclonal antibodies, a comparable antiviral treatment that is administered intravenously — molnupiravir is expected to be more widely used and, hopefully, will cut the death rate. In the first 29 days of the trial, no deaths were reported among the 385 patients who received the drug, while eight of the people who received a placebo died, according to the statement put out by Merck and Ridgeback Biotherapeutics, the two companies that are jointly launching Read More

Newest Robots And Technologies Of The Future

There Are Two Types Of Quantum Computing. Now One Company Says It Wants To Offer Both

Quantum computing company D-Wave is setting ambitious targets for itself in the next few years. In a new roadmap called Clarity, the company has committed to becoming the first provider of both quantum annealers and gate model quantum computers – and if it delivers, it could make big waves in the industry.

Clarity effectively expands on D-Wave's current offering, which is limited to cloud-based superconducting quantum annealers, to start including a superconducting gate model quantum computer – similar to the ones developed by tech giants the likes of IBM or Google – in the next couple of years.

By 2024, according to D-Wave's roadmap, the first gate model preview quantum processing units (QPUs) will come online in the company's quantum cloud service, along with a suite of adapted tools and resources. The service will also include cross-platform solvers for users to tap both annealing and gate model processors within the same platform.  Read More

WATB Church - Dr. June Knight - "The Fiber For The Cyber"