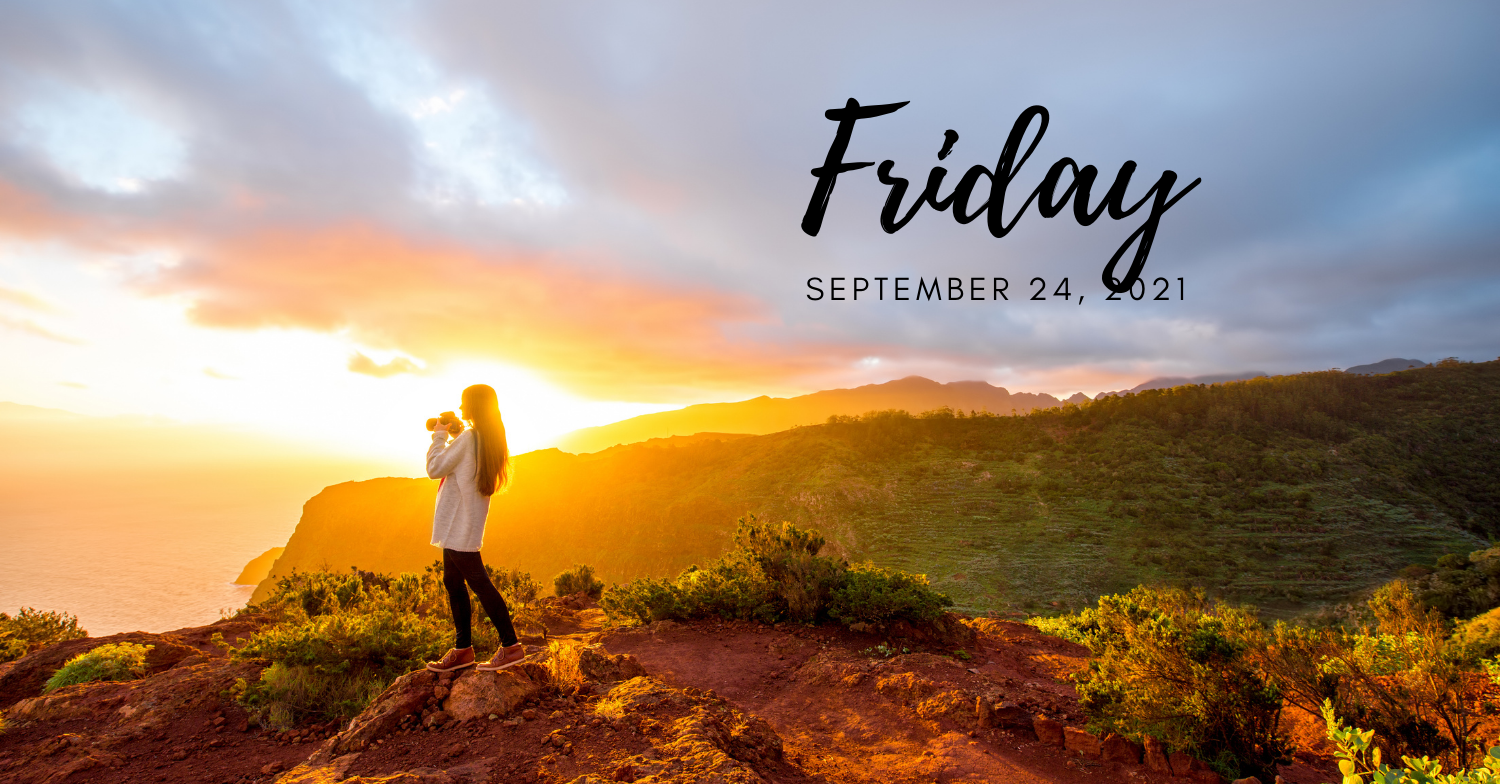 * Texas Is Latest In Trump's '50 State Strategy' To Undermine Democracy

* Scientist Build The 'Smallest Ever Human- Made Flying Structure'

Guatemala In Shock! Incredible Footage Of The Powerful Eruption Of The Fuego Volcano.

Fuego, 3.7 kilometers high (12,240 feet), is one of three active volcanoes in Guatemala. Guatemala's Fuego volcano spewed lava and ash Thursday in a series of explosions that have not yet forced any evacuations, authorities said. Guatemala volcano erupts but no evacuations yet. The eruption produced a long river of lava flowing down to the base of the volcano, some 35 kilometers (22 miles) southwest of the capital Guatemala City, said Emilio Barillas of the Insivumeh volcano institute. The recently-recorded activity is the strongest since June 2018, when Fuego unleashed a torrent of mud and ash that wiped the village of San Miguel Los Lotes from the map, said Barillas. More than 200 people were killed. On Thursday, several communities at the foot of the mountain reported nothing more serious than a downpour of ash, said the Conred disaster coordination center. "For now, no evacuation program has been initiated," said Conred spokesman David de Leon, though the situation was being closely followed.

Iran’s foreign minister said his nation’s "willpower is dedicated" to the elimination of Zionism at this week’s United Nations anti-racism conference.

With the United States and 33 other nations boycotting a UN anti-racism conference due to its history of anti-Semitism, Iran’s new foreign minister invoked the destruction of the Jewish state, perhaps giving the countries who boycotted the conference more reason to have stayed away, observers say.

The event, known as Durban IV, had the theme of "Reparations, racial justice and equality for people of African descent." Wednesday’s event was to commemorate and adopt a statement 20 years after the first meeting in Durban, South Africa. While the original purpose of the event was combating racism, critics say it has been hijacked by an anti-Israel agenda that turned it into an anti-Semitic hate fest leading the U.S. and Israel to walk out of the first conference.

Iran’s new foreign minister, Hossein Amir Abdollahian, who is in New York this week for the UN General Assembly, said his country opposed all forms of racism while threatening the existence of Zionism. Read More

The coastal US north-east is one of the fastest warming areas in the northern hemisphere, having heated up rapidly by 2C (3.6F) already over the past century due in part to the soaring temperature of the nearby Atlantic Ocean, new research has found.

The coastline that stretches from Maine down to Delaware hosts urban areas such as New York City and Boston and draws millions of tourists each year to beaches and other attractions. But the region is rapidly changing due to the climate crisis, having heated up by 2C on average since the start of the 20th century, driven largely by much warmer summers.

This is one of the fastest temperature increases in the northern hemisphere, researchers found, and is double the level of heating that has taken place further inland in the same region.

The world’s governments have agreed to limit the overall global temperature rise to “well below” 2C to avoid disastrous heatwaves, floods and other impacts. The US north-east has itself now, in isolation, already breached this threshold. Read More

Texas Is Latest In Trump's ‘50 State Strategy’ To Undermine Democracy

"Trump wants a 50 state strategy with audits. He’s going one step further than saying, ‘Well the swing states I lost were stolen from me,'" says Chris Hayes on Trump demanding a Texas audit. "What he wants to do is basically say, you cannot trust any election results anywhere."

The House passed legislation on Thursday to provide $1 billion to support Israel’s Iron Dome missile defense system after Democrats stripped the funding from a stopgap bill to prevent a government shutdown due to progressive objections earlier this week.

The standalone bill to ensure the Iron Dome funding passed handily on a bipartisan basis, 420-9, with two Democrats voting “present.” Eight liberal Democrats and one Republican voted in opposition.

House Democrats passed a bill on Tuesday that would keep the federal government funded through Dec. 3, but Republicans universally opposed it because it included a provision to suspend the debt limit into next year.

Because of the widespread GOP opposition on Tuesday, House Democrats couldn’t afford more than three defections and still pass the bill on their own. Democratic leaders therefore opted to remove the Iron Dome funding from the government spending bill to accommodate progressives’ concerns and instead consider it on a standalone basis.      Read More

US-China Policy: Biden Is Bringing Together Japan, Australia And India To Stare Down China

Hong Kong (CNN)Forget France, AUKUS and nuclear-powered submarines -- one of the most important moments for the future of US influence in Asia is due to take place on Friday in Washington.

US President Joe Biden is holding the first in-person meeting of the Quadrilateral Security Dialogue, better known as "the Quad," an informal strategic forum of the United States, Australia, Japan and India -- all democratic countries with a vested interest in countering China's rise in Asia.
Biden will be joined in Washington by Japanese Prime Minister Yoshihide Suga, Indian leader Narendra Modi and Australian Prime Minister Scott Morrison to discuss "promoting a free and open Indo-Pacific," according to the White House.
The meeting comes at a time of great change for US policy in Asia. As the Biden administration moves to strengthen its diplomatic partnerships in the region, Japan is taking an increasingly hawkish view of China's military buildup. At the same time, Australia's AUKUS defense pact with the US and the United Kingdom has solidified Washington's commitment to Asia while making some important Southeast Asian partners uneasy.
At this critical point, what the Quad chooses to do next is more important than ever. Australian Strategic Policy Institute senior analyst Malcolm Davis said compared to its early roots under the George W. Bush administration, the Quad had evolved from a "low key political and economic dialogue" to a very significant player in the Asia Pacific region. Read More
*******************************************************************

It's raining microchips, hallelujah. One day, they could float gently through the air while gathering environmental data, land on the ground and then dissolve when their work is done. That's the future a team of engineers sees for what they're calling "microfliers," miniscule winged microchips with designs inspired by nature.

Northwestern University described the microfliers as "the smallest-ever human-made flying structures" in a statement on Wednesday. The chips are about the size of a sand grain and they travel by wind, much like a spinning maple tree seed.

"Our goal was to add winged flight to small-scale electronic systems, with the idea that these capabilities would allow us to distribute highly functional, miniaturized electronic devices to sense the environment for contamination monitoring, population surveillance or disease tracking," said John Rogers, co-author of a paper on the microfliers published in the journal Nature this week.

A Northwestern video on the microchips emphasizes just how tiny they are, shows how they're constructed and what they look like when they're flying.  Read More

The U.S. is set to begin giving Covid-19 booster shots to millions of Americans as soon as Friday — a watershed moment in the nation’s battle against the pandemic that officials hope will beat back another brutal winter wave of infections.

But even after months of internal debate between political appointees and health and science officials in the Biden administration, little consensus has emerged on whether widespread boosters are medically necessary or morally just. Read More

PHOENIX — After months of delays and blistering criticism, a review of the 2020 election in Arizona’s largest county, ordered up and financed by Republicans, has failed to produce any evidence that former President Donald J. Trump was cheated of victory, according to a draft version of the report.

In fact, the draft report from the company Cyber Ninjas found just the opposite: It tallied 99 additional votes for President Biden and 261 fewer votes for Mr. Trump in Maricopa County, the fast-growing region that includes Phoenix.

The full review is set to be released on Friday, but a draft version circulating through Arizona political circles was obtained by The New York Times from a Republican and a Democrat.

Late on Thursday night, the Twitter account for Maricopa County, whose Republican leaders have derided the review, got a jump on the official release by tweeting out its conclusions. Read More

WASHINGTON — The select committee investigating the Jan. 6 attack on the Capitol subpoenaed four of President Donald J. Trump’s closest advisers on Thursday, ramping up its scrutiny of what the former president was doing before and during the deadly riot.

The committee is demanding that the four men turn over documents by Oct. 7 and submit to depositions the following week.

“The select committee is investigating the facts, circumstances and causes of the Jan. 6 attack, and issues relating to the peaceful transfer of power, in order to identify and evaluate lessons learned and to recommend to the House and its relevant committees corrective laws, policies, procedures, rules or regulations,” Representative Bennie Thompson, Democrat of Mississippi and chairman of the committee, wrote in a statement announcing the subpoenas. Read More