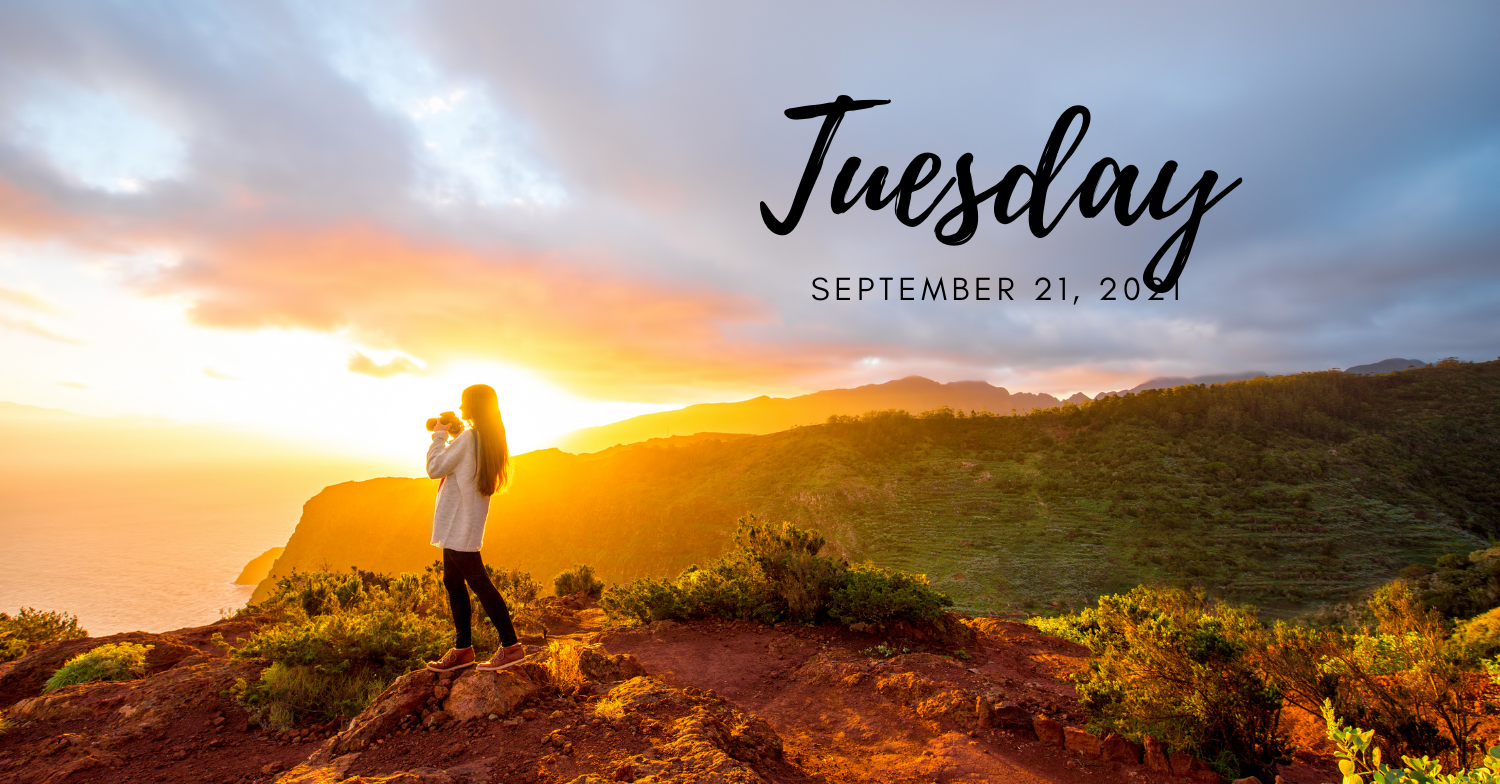 * Bitcoin Drops As Much As 10% As Risky Assets Tumble Globally

While a strong eruption is currently hitting La Palma in the Canary Islands, a red alert warning has been issued by scientists stating that a “major eruption” is imminent at an Alaskan volcano.

Volcanologists have stated that the major volcanic eruption is underway with hazardous activity both on the ground and in the air.

Seismic observations represent an increase in eruptive activity at the site of the volcano. Scientists have upgraded the Aviation Color Code and Volcano Alert level to a red warning.

The volcano is called Semisopochnoi. It is located on Unyak Island, which is part of the Rat Islands group in the western Aleutian Islands of Alaska.

Observations of Semisopochnoi volcano shows an increase in ash plumes rising to 15,000 feet into the atmosphere.

Britain’s pig farmers are the latest casualty of the worsening energy crisis which threatens to trigger a shortage of carbon dioxide used across the food and drinks industry.

Rocketing gas prices have caused a Europe-wide slowdown for some chemical factories that produce fertiliser, a byproduct of which is carbon dioxide, used in fizzy drinks and beer as well as in the meat industry to stun animals before slaughter.

Meat industry representatives have warned that farmers may imminently be required to begin “humane” pig culls because of a looming shortage of carbon dioxide to slaughter the backlog of animals destined for abattoirs that are already understaffed amid labour shortages.

It would be the first time that farmers would be required to destroy their animals en masse since the outbreak of foot-and-mouth disease two decades ago forced the government to send the army to British farms to cull livestock.

Bitcoin Drops As Much As 10% As Risky Assets Tumble Globally

Many people have argued that bitcoin is most useful as a safe-haven asset, but that narrative could be changing as people realize its price often goes down with broader declines in risk assets. Bitcoin’s rally this year has coincided with the risk-on rally and, much like stocks, the cryptocurrency is prone to sharp declines in September.

Bitcoin lost as much as 10% on Monday morning. It was last down more than 7% at $43,790.25, according to Coin Metrics. The broader crypto market was in the red too, with ether down 8.5% to $3,060.80, as were crypto-adjacent stocks. Coinbase and Microstrategy lost 3.5% and 4%, respectively, while Square slipped by 2%. In crypto mining stocks, Riot Blockchain fell 6% and Marathon Digital fell 5%.

“This sell-off is the continuation of a well-established pattern where traders cash in their riskier assets to cover margin calls or sit on the sidelines until markets calm down and they feel more comfortable going back into riskier positions,” Valkyrie Investments CEO Leah Wald told CNBC. “If ever bitcoin had the opportunity to establish itself as a safe haven or as digital gold, with U.S. companies also signaling their earnings calls are going to reveal poor results, now feels like the time.” Read More

NEW YORK (AP) — President Joe Biden began his first visit to the U.N. General Assembly ready to make the case to world leaders that after closing the book on 20 years of war, the U.S. aims to rally allies and adversaries to work together on a slew of crises, including the COVID-19 pandemic, climate change and trade and economics.

President Biden is making his first visit to the U.N. General Assembly this week. He's hoping to rally allies and adversaries to work together on a slew of thorny problems, from the pandemic to climate change. https://t.co/Xj1fsJs3ok

SINGAPORE, Sept 20 (Reuters) - The dollar began the week firmly on Monday with investors in a cautious mood ahead of several central bank meetings, headlined by the Federal Reserve, while looming catastrophe at indebted developer China Evergrande added to markets' fragility.

In thin trade, owing to holidays in Japan and China, the euro nursed losses from its weakest week in a month, slipping slightly to touch a four-week low of $1.1721.

"The U.S. dollar is having a bit of a rebound," said Westpac analyst Imre Speizer, drawing support, he added, both from an expectation of imminent asset purchase reductions from the Fed and from caution as equity markets begin to get the wobbles. Read More

A smaller dose of Pfizer and BioNTech’s Covid-19 vaccine is safe and generates a “robust” immune response in a clinical trial of kids ages 5 to 11, the drugmakers announced Monday.

The news couldn’t come any sooner for parents anxious to get their children vaccinated as kids start the new school year with the delta variant surging across America. Children’s Covid cases remain disturbingly high with 243,000 new infections during the week ended Sept. 9. — the second-highest number of kids’ cases since the beginning of the pandemic, according to the most recent data from the American Academy of Pediatrics.

The data, which included more than 2,200 children, will be submitted to the Food and Drug Administration and other health regulators “as soon as possible,” the companies said. Pfizer CEO Albert Bourla said last week the company could submit data on children ages 5 to 11 by the end of this month. If the FDA spends as much time reviewing the data for that age group as it did for 12- to 15-year-olds, the shots could be available in time for Halloween.

“Depending on how long the FDA takes to review the application, whether it’s a four-week review or a six-week review, you could have a vaccine available to children as early as probably by the end of October” or early November, Scott Gottlieb, a Pfizer board member and the former head of the FDA, told CNBC on Monday. Read More

CNBCs Shep Smith reports that the Supreme Court will hear arguments in a Mississippi abortion case that challenges Roe vs. Wade.

WASHINGTON, Sept 20 (Reuters) - The United States on Monday extended restrictions at its land borders with Canada and Mexico through Oct. 21 that bar nonessential travel such as tourism by foreigners despite Ottawa's decision to open its border to vaccinated Americans.

Canada on Aug. 9 began allowing fully vaccinated U.S. visitors for nonessential travel. read more The United States has continued to extend the extraordinary restrictions on Canada and Mexico on a monthly basis since March 2020, when they were imposed to address the spread of COVID-19.

Hotly-contested MIQ spots for November and December have sold out as 26,000 or more New Zealanders abroad fought for just 3000 spots to return to the country.

At 9am on Monday, 3000 New Zealand managed isolation and quarantine spaces opened for people wanting to get home in the months leading up to Christmas. The Ministry of Business, Innovation and Employment (MBIE) “virtual lobby” opened at 8am, but the room allocations did not start until 9am.

“This is not a first-in, first-served model,” MIQ joint head Megan Main said. “It doesn’t matter when people arrive in the lobby in that one-hour period, everyone has an equal chance of getting through to try to secure a room. Read More

It was the worst performance since May for the S&P and the Nasdaq, while the Dow logged its worst day since July.

Stocks spent the whole day deep in the red and the Dow fell more than 970 points at its low point.

The market recovered slightly before the closing bell rang, but it was still an awful session: The Dow finished down 1.8%, or 614 points. The S&P 500, the broadest measure of Wall Street, closed down 1.7%, while the Nasdaq Composite fell 2.2%.

Bank and energy stocks fared worst, with Goldman Sachs and JPMorgan among the Dow’s worst performers.

The White House said it is monitoring the markets, but stressed that Evergrande’s business was “overwhelmingly centered in China.” Read More