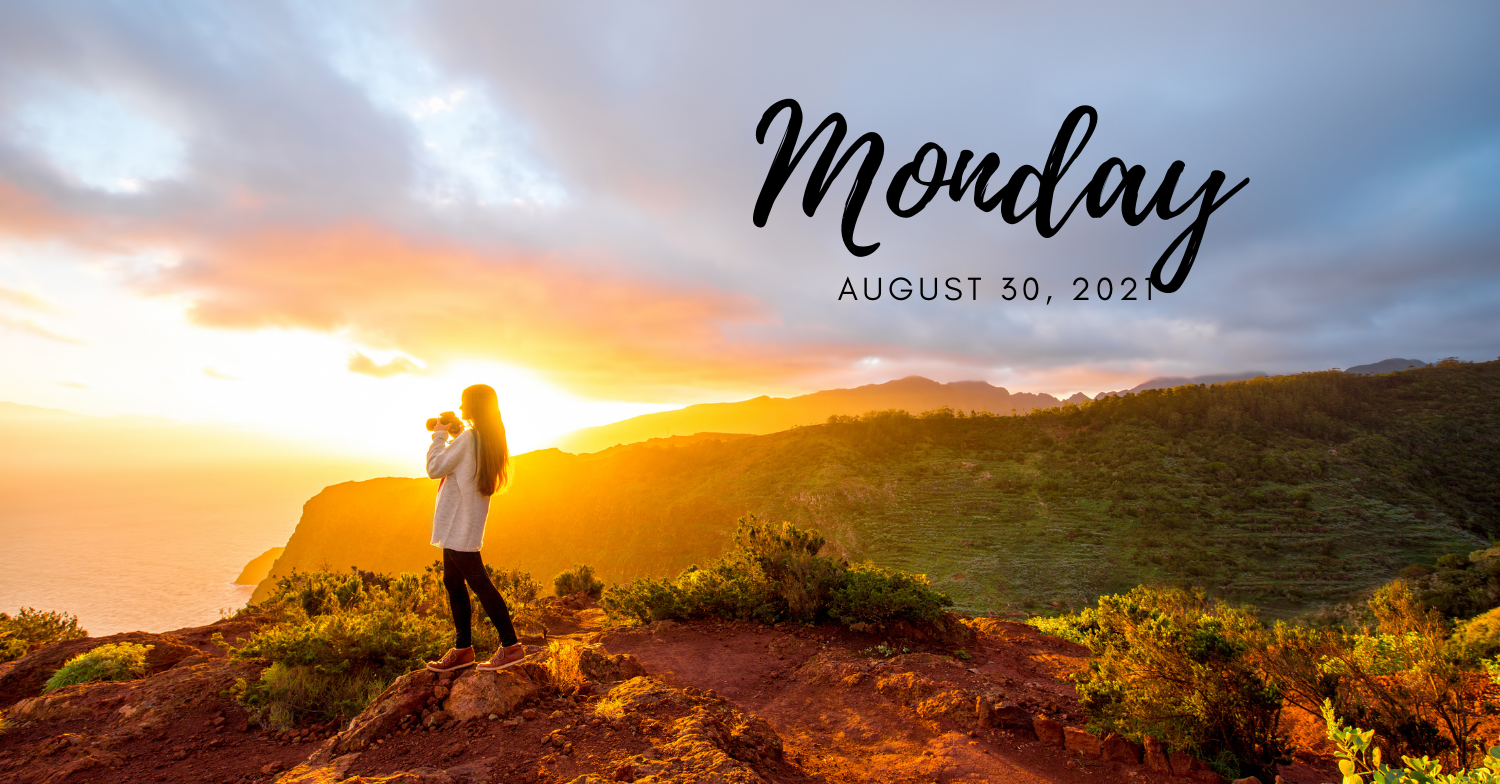 * Singapore Vaccinates 80% Of Population Against Covid- 19

* WEF: How Blockchain Can Help In Africa's Fight Against Covid- 19 And Future Disease Outbreaks

Today we have good and bad news on the Coronavirus front in Israel. The good news is that the positivity rate seems to be waning, just shortly after surpassing 7%, this as the effect of third-dose booster vaccines are seemingly starting to truly kick in. Now, the bad news is that hard fought gains may soon be reversed.

According to the paper, the variant has been assigned to the PANGO lineage C.1.2, which evolved from C.1, one of the lineages that dominated SA's first wave of infections and was last detected in January 2021.

“C.1.2 has since been detected across the majority of the provinces in South Africa and in seven other countries spanning Africa, Europe, Asia and Oceania,” the authors wrote.

The scientists will continue to monitor the spread of the variant, and are currently assessing whether it has increased transmissibility and may escape protection following vaccination through in vitro (laboratory) studies.

What is a variant of interest?

Emerging variants of the virus are classified as variants of interest (VOI) or variants of concern (VOC) by the World Health Organization (WHO). Read More

U.S. Central Command says the drone strike, which hit an Isis-K vehicle heading towards Kabul Airport, was packed with explosives and posed an “imminent threat.” When hit, those bombs went off.

HOUSTON, Texas (KTRK) -- An Army Veteran died from a treatable illness after family says he waited seven hours for an ICU bed to become available.

Daniel Wilkinson, also known as Danny, had two deployments in Afghanistan and returned home as a Purple Heart recipient. His mother, Michelle Puget, said they moved to Bellville about three years ago in order to enjoy a quiet life together.

"He just [has] a big heart, a big personality and a big soul," Puget said. "In 2019, I came down with breast cancer and he took care of me two years through that. He took me to all my chemos, to my surgery. [He] took care of me, kept track of my doctor's appointment, everything. I mean he was just that type of a son." Read More

Singapore has fully inoculated 80 percent of its 5.7 million people against COVID-19, according to officials, becoming the world’s most vaccinated country and setting the stage for further easing of curbs.

“We have crossed another milestone, where 80% of our population has received their full regimen of two doses,” Singapore’s Health Minister Ong Ye Kung said in a Facebook post on Sunday.

“It means Singapore has taken another step forward in making ourselves more resilient to COVID-19.”

That gives the tiny city-state the world’s highest rate of complete vaccinations, according to a tracker by the Reuters news agency.

Other countries that have high vaccination rates include the United Arab Emirates, Uruguay and Chile, which have fully inoculated more than 70 percent of their populations. Read More

WEF: How Blockchain Can Help In Africa’s Fight Against COVID-19 And Future Disease Outbreaks

Compared to other continents, Africa has recorded fewer infections per million and lower mortality rates during the COVID-19 pandemic, despite having a skeletal health system and a heavier health burden from malaria, HIV/AIDS and tuberculosis, which currently take priority in budgets.

Some suggest the answer to this lies in the demography of the continent – Africa’s median age is 19-20, far lower than the aging populations of Europe and America. Africa’s youth are particularly receptive to new technologies when they can access them. Thus, embracing new technologies and the possibilities of blockchain could help in managing the COVID-19 pandemic and other pandemics that might occur in future, through the enhancement of the public health system with distributed ledger technologies. Read More

The use of military weapons and equipment by San Diego police would face greater scrutiny and be more transparent to the public under a new policy Mayor Todd Gloria says he will unveil next month.

The use of military weapons and equipment by San Diego police would face greater scrutiny and be more transparent to the public under a new policy Mayor Todd Gloria says he will unveil next month https://t.co/B3GfGHRP5S

The Indian Bar Association (IBA) sued WHO Chief Scientist Dr. Soumya Swaminathan on May 25, accusing her in a 71-point brief of causing the deaths of Indian citizens by misleading them about Ivermectin.

Point 56 states, “That your misleading tweet on May 10, 2021, against the use of Ivermectin had the effect of the State of Tamil Nadu withdrawing Ivermectin from the protocol on May 11, 2021, just a day after the Tamil Nadu government had indicated the same for the treatment of COVID-19 patients.”

Advocate Dipali Ojha, lead attorney for the Indian Bar Association, threatened criminal prosecution against Dr.  Swaminathan “for each death” caused by her acts of commission and omission. The brief accused Swaminathan of misconduct by using her position as a health authority to further the agenda of special interests to maintain an EUA for the lucrative vaccine industry. Read More

California’s Caldor Fire moved closer to Lake Tahoe as officials told more residents living in the outskirts of the mountain resort area to leave. On Thursday, the evacuation order zone was expanded to the top of the ridge above the Lake Tahoe basin, according to the California Department of Forestry and Fire Protection, or Cal Fire. Officials also extended east the closing of a key mountain road that connects Sacramento to South Lake Tahoe. Expected dry and windy conditions could push the fire into more populated areas over the next few days, resulting in the evacuation of more communities including the city of South Lake Tahoe, state officials said. The Caldor Fire, which erupted Aug. 14 on the hills east of Sacramento, has seriously injured two people, destroyed the town of Grizzly Flats and has burned more than 136,000 acres. The blaze has also forced more than 24,000 people from their homes and choked the Lake Tahoe area with toxic smoke, largely shutting down the popular summertime vacation destination. Several large wildfires are burning across Northern California, where a severe drought has left forests tinder-dry. The fire threat has been moving south with a new blaze near Los Angeles popping up on Wednesday that burned 18 structures.

Weekly Recap: Dr. June Knight reveals the many plots from the enemy with the UN AGENDA in this video. Everyone pointing towards SCIENCE and AWAY FROM GOD. She explains the CYBERATTACKS coming to the church. She shows how Apple's a threat to your privacy. They are spying on you and it's going to get WORSE. In the very near future you won't have time to delete things off your phone before LAW ENFORCEMENT is contacted, regarding anything THEY think is inappropriate. I quote " Apple will be reporting pictures, before keys are even used." Meaning even before it goes to iCloud they can report you. She discloses the food source supply chain going down and school cafeterias running out of food, making parents very angry. Dr. June reveals how the street lights we see in parking lots and on the highways actually contain cameras and microphones Internet surveillance system and more all connected to 5G. Dr. June discloses to the Bride more in depth about the vaccine and how they are cracking down on the non Vers by taking away children in court settings and more incentives given out by Government Oficials. How Biden is ramping up the BOOSTER SHOTS to 5 months after your first vaccine, instead of 8 months. Dr. June goes on to tell the Bride about Pope Francis and his 'Climate Change,' a 7 year agreement he signed. Laudato Si for families, parishes, schools, hospitals, businesses, organizations, and religious orders bringing everyone in the GLOBAL COMMUITY. All under the 'Global Unity Platform of Health', working to together to push all  vaccines and future medicines.  Emerging new civilizations initiative in the CIRCULAR ECONOMY. She identifies how Pope Francis would say under " HUMAN FURTURNITY," what he means is pulling everyone to social justice and climate justice. She reveals how KANYE WEST turns catholic and changing his name to 'YE,' meaning GOD. Paula White and him all part of the Ecumenical Jesus and New Apostolic Reformation (NAR) 'FAITH BUILDERS," Bringing all religions to ONE. Paula White's ONE VOICE, herding everyone into 'ONE WORLD RELIGION'. Most of all Bride, prepare your house, your spiritual dwelling, make sure you're as white as snow for the Holy Spirit to live in and through you to show you the things that are coming, and she encourages the bride to get your residents ready as well, fully stocked up.