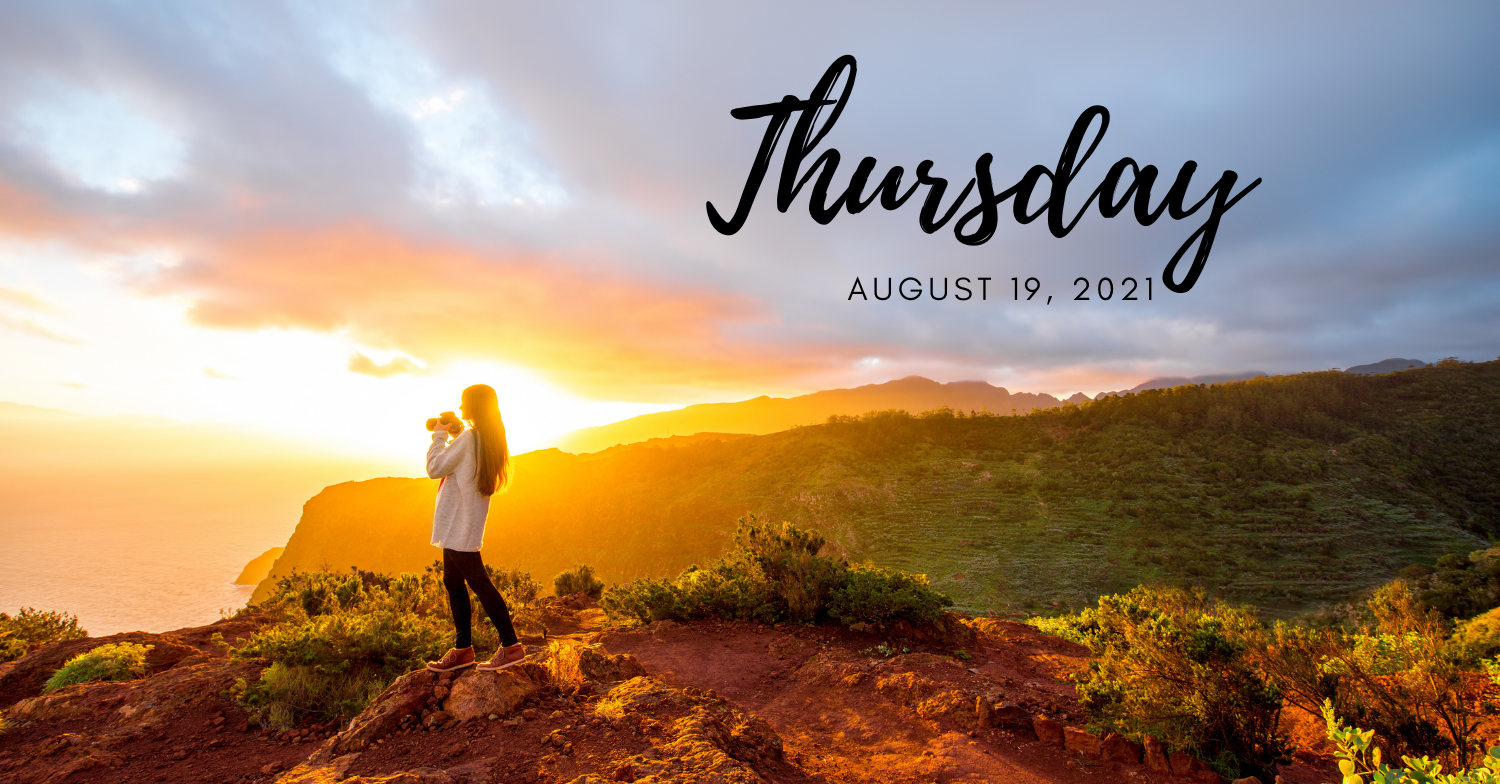 * TWC: Unemployment Benefits Decided Case By Case If Worker Declines To Be Vaccinated

* Report: Taliban Killing People Found With Bibles On Their Phones

* Australia Has Fallen- Minister For Health Tells Parents 24,000 Children Will Be Herded Into Stadium Like Cattle To Get The Experimental Covid- 19 Vaccine

Update (1425ET): What's happening at Hamid Karzai International Airport, otherwise known as Kabul Airport, is straight out of the scenes from the 2013 horror/action flick World War Z's airport scene when Brad Pitt and others escaped on a commercial jet while zombies attempted to commandeer the plane.

For some comparison, military news and video website Funker530 released a dramatic video filmed by a US soldier in a mine-resistant ambush-protected (MRAP) vehicle that shows AH-64 Apache gunships were used to clear the runway for C-17 aircraft to evacuate Afghans as the Taliban closed in on the area.  Read More

Houston - More employers are requiring employees to be vaccinated for COVID-19. For those who don’t want to be vaccinated and risk being fired, most legal experts say their chances of collecting unemployment benefits are slim.

However, the Texas Workforce Commission says benefits will be decided on a case-by-case basis.

Let's start with the policy. In general, the TWC says to be eligible for unemployment benefits, workers must be terminated through no fault of their own. TWC states,  "Examples of misconduct that could make you ineligible include violation of company policy."

Legal experts say a company can set a policy requiring vaccinations to keep the company safe from an outbreak, and because the COVID vaccines have FDA Emergency Use Authorization.

But James Bernsen, TWC spokesperson, says, "It is possible it can be grounds, but it's also possible that can be seen as not the determining factor." Read More

The Los Angeles City Council has voted to require city employees to get vaccinated against COVID-19. Kareen Wynter reports for the KTLA 5 News at 3 on Aug. 18, 2021.

In recent months, iPhone owners around the world have faced emerging security threats, zero-day attacks and a series of App Store scams. But now your iPhone has an even more immediate danger.

Discovered by 9to5Mac, a growing number of iPhone owners running Apple’s new iOS 14.7.1 update have lost access to mobile data, rendering their devices unusable without WiFi. This is somewhat of a shock with the first reports indicating that iOS 14.7.1 was a solid update after troubled releases.

Speaking on Fox Business this Wednesday, former President Donald Trump pushed the idea that potential COVID-19 booster shots to prolong immunity to the virus are actually just a money grab from Big Pharma.

"You know what, that sounds to me like a money-making operation for Pfizer, okay, think of the money involved. That's tens of billions of dollars," Trump told Fox Business' Maria Bartiromo. "If you're a pure businessman you'll say, 'You know what, let's give them another shot, $10 billion of money coming in,' the whole thing is crazy."

But according to Trump's critics on Twitter, him reinforcing vaccine hesitancy after touting his role in bringing COVID-19 vaccines to market is a special kind of stupid. Read More

Report: Taliban Killing People Found With Bibles On Their Phones

The Taliban, a radical Islamist terrorist organization, seized leadership of the country on Sunday after surrounding the nation’s capital, Kabul, prompting former President Ashraf Ghani to flee. The Taliban ruled Afghanistan until 2001, when the United States invaded the country, and established a brutal regime that regularly persecuted political dissidents, religious minorities, women, and anyone considered to be violating Islamic law, or sharia

According to SAT-7, an organization that broadcasts Christian programs to churches and Christians in the Middle East and North Africa, the Taliban is using “spies and informants” to persecute the Christian minority in the country.

“We’re hearing from reliable sources that the Taliban demand people’s phones, and if they find a downloaded Bible on your device, they will kill you immediately,” said SAT-7 North America President Dr. Rex Rogers told Religion News Service. “It’s incredibly dangerous right now for Afghans to have anything Christian on their phones. The Taliban have spies and informants everywhere.” Read More

Australia Has fallen – Minister For Health Tells Parents 24,000 Children Will Be Herded Into Stadium Like Cattle To Get The Experimental Covid-19 Vaccine

The Premier of New South Wales has acknowledged that without dramatically lower case numbers, even opening up at 80% vaccination rates will be difficult, as hopes of a lighter lockdown beyond August fade, and Brad Hazzard the Minister for Health and Medical Research has now told parents in a press conference that 24,000 children will be herded like cattle into a stadium to get the experimental Covid-19 vaccine, and parents will not allowed to be present.

The children will be greeted by the friendly, smiling faces of Australia’s armed forces at the door to usher them inside as is evident from the following tweet posted by Australia’s Department of Defence

BREAKING NEWS
Australia has fallen – Minister for Health tells parents 24,000 children will be herded into stadium like cattle to get the experimental Covid-19 vaccinehttps://t.co/mLTMqFLym8

More than 3,000 fake COVID-19 vaccination cards from China have been seized by federal agents in Memphis, Tennessee, en route to other cities in the United States.

“It was the 15th such shipment of the night,” the statement reads.

The FBI stated on March 30 that buying, selling, or using counterfeit COVID-19 vaccination cards is a crime, and violators will face a fine and up to five years in prison.

After New York City announced that it would mandate vaccine passports at certain businesses starting next month and as a growing number of colleges and universities across the country are requiring vaccination for students to attend in-person classes, there has been a surge in the fraudulent documents. Read More

NEWS TODAY  Dr. June Knight uncovers the BOOSTER SHOTS, released from the WHITE HOUSE COVID RESPONSE TEAM BRIEFING, that are mandatory for fully vaccinated individuals. While revealing them, ramping up the efforts to the unvaccinated to increase the vaccination rate. You will not even need an ID to get a vaccination. Discovering the 'Implementing The Shielding Approach' rising up SHIELDING GREEN ZONES, to SHIELD the unvaccinated 'High Risks' from the vaccinated. Keeping shielded for at least 6 months from others. Green Zones first, Camps Later.  She explains to the Bride to prepare their homes for the Dark Winter ahead but most of all keep your lamps full and be filled with the Holy Spirit for the upcoming times.