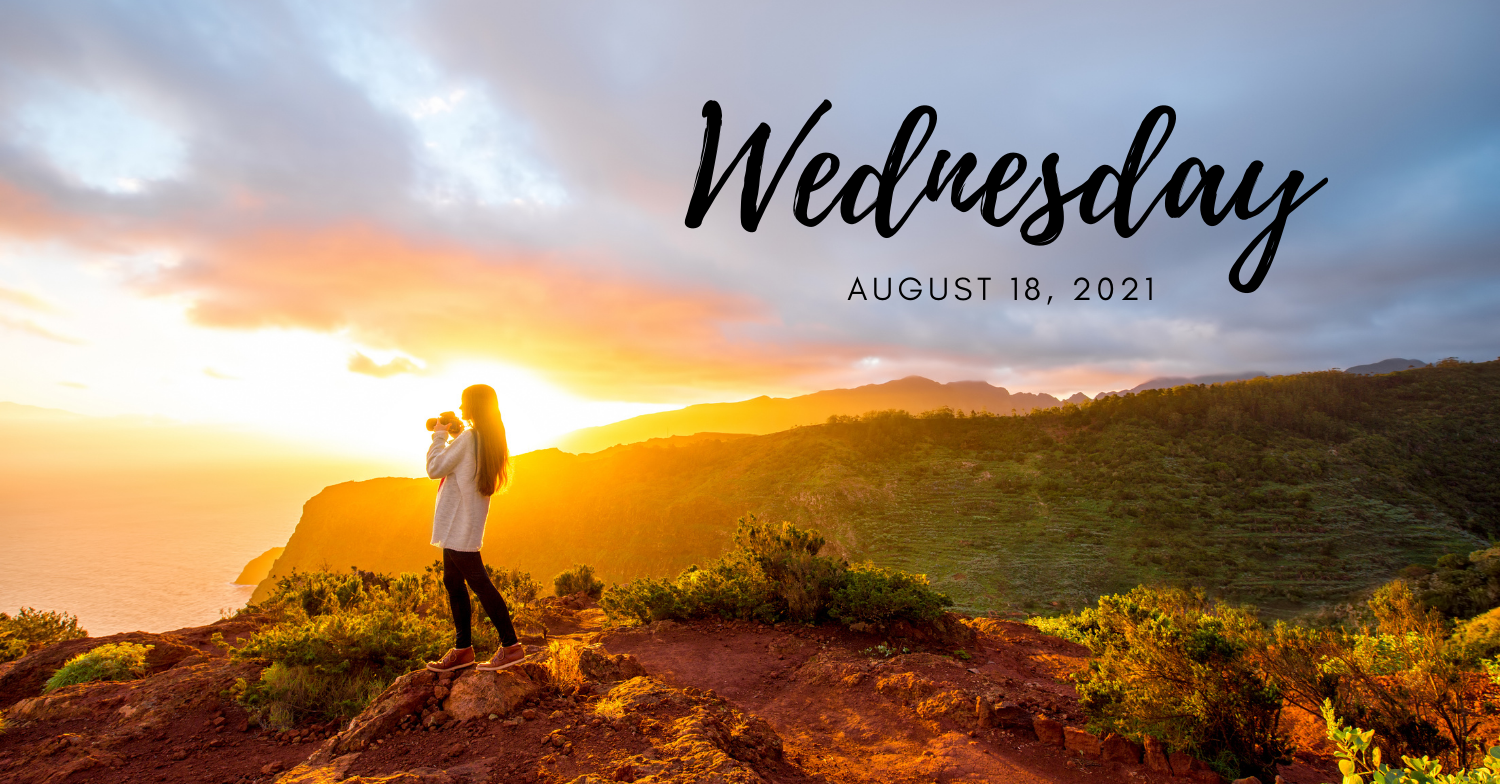 * Male Pastor Comes Out As Transgender; Church's Reaction Has Him Filing A Lawsuit

* What Is The Thin Blue Line?

Biden Explains Why Evacuation Stalled, Despite Knowing Taliban Could Take Control Of Afghanistan

In the national address Monday, President Biden explained why the evacuation of Afghans took time, which raises new question as reports find his administration knew Taliban could take control of Afghanistan.

WELLINGTON, New Zealand (AP) — New Zealand’s government took drastic action Tuesday by putting the entire nation into a strict lockdown for at least three days after finding a single case of coronavirus infection in the community.

Prime Minister Jacinda Ardern invoked some of the stirring rhetoric she used early in the pandemic by urging the “team of 5 million” — New Zealand’s population — to go hard and early in trying to eliminate the latest outbreak.

“We have seen what happens elsewhere if we fail to get on top of it,” Ardern said. “We only get one chance.”

She said Auckland, where the infected man lives, and Coromandel, where he had visited, would go into a full lockdown for seven days and the remainder of the country for three days while health experts tried to find the source of his infection. Read More

#BREAKING: #PLA Eastern Theater Command on Tue dispatched warships, ASW aircraft and fighter jets for joint live-fire assault drills in SW, SE areas off the island of Taiwan as response to recent moves by the US and Taiwan secessionists: spokesperson https://t.co/2lTfSmxxhW pic.twitter.com/dclmjwnlFM

ROCHESTER, N.Y. (WHEC)— We continue to learn more about the huge infrastructure bill making its way through Congress. Did you hear breathalyzers could soon be required for all new cars? That's a claim going around on social media.

One woman on Facebook posted this: "All cars will require a breathalyzer if this new infrastructure bill passes. More control over us! Hope you don't drink too much the night before you have to go to work the next morning. You won't be driving anywhere."

News10NBC's Nikki Rudd has a Fact Check. She spoke with Ken Snyder, who has been advocating for technology to stop drunk driving for years. His own daughter, Katie, was killed by a drunk driver weeks after giving birth to premature twins.

"I really don't want anybody to have to go through the kind of hell that we went through," Snyder said. "11,000 people died last year because of drunk drivers. This has got to stop." Read More

The Taliban has held its first news conference since regaining control of Afghanistan. The militant group said the country has now been "emancipated" and asked people not to interfere in the transfer of power. Speaking at the presidential palace, a spokesperson said the group's top priority was to create "law and order" for the capital Kabul. He said the group will not take revenge on the United States or its allies and the Taliban "holds no grudge against anyone" He also said the group is committed to the rights of women within the framework of Sharia law.

Male Pastor Comes Out As Transgender; Church's Reaction Has Him Filing A Lawsuit

A Canadian male pastor who identifies as a woman has filed a lawsuit against his former church for voting to fire him after he came out as transgender, claiming discrimination.

When the Rev. Junia Joplin was hired by the Lorne Park Baptist Church in Mississauga, Ontario, in 2014, he was living his life as the male that God formed him to be in his mother’s womb. However, he revealed during a livestream sermon last year that he planned to live his life as a woman, Junia.

According to CBC News, the lawsuit alleges that while Joplin received some support from members of the congregation, the church unilaterally ended his leadership. Read More

Inside The NSW Police COVID-19 'War Room' | A Current Affair

Operation Stay At Home is a police crackdown on COVID-19 compliance like no other, as a lockdown in Sydney and regional New South Wales continues.

Top Biden administration health officials concluded that most Americans will soon need coronavirus booster shots after reviewing a raft of new data from the Centers for Disease Control that showed a worrying drop in vaccine efficacy over time, four administration officials told POLITICO.

The evidence, compiled by federal scientists over the past several months, showed a decline in the initial round of protection against Covid-19 infection that's coincided with a resurgence in cases driven by the more contagious Delta variant. The data looked at vaccine effectiveness in individuals across age groups, with varying medical conditions and who received the shot at different times. It was presented to White House Covid-19 task force officials at a meeting Sunday. Read More

COLUMBIA — Fort Jackson, the Army’s largest training base, is requiring families attending weekly graduation ceremonies to be vaccinated against COVID-19.

The requirement takes effect on Aug. 25 for “family day,” the day before graduation when relatives can visit soldiers at the Columbia base, and on graduation day on Aug. 26, Fort Jackson spokeswoman L.A. Sully said.

Fort Jackson will begin limiting interaction with soldiers starting on family day on Aug. 18 and graduation on Aug. 19, she said.

Brigadier Gen. Patrick Michaelis, commander at Fort Jackson, said Aug. 16 he did not want to require vaccinations to attend graduations but rising COVID cases in recent weeks left him no choice.

“Those 45,000 soldiers that come through Fort Jackson (each year) have got to go someplace else in the Army,” Michaelis said during a speech to the Columbia Rotary. “And I’ve got to make sure those places are protected too from the shifting tactics of COVID. Read More

Refugee Services Of Texas Says 40 Refugees From Afghanistan Expected To Land In Houston, More On The Way

HOUSTON - The largest refugees service in the state, The Refugee Services of Texas, speaking with FOX 26 Monday, as they get ready to resettle around 40 Special Immigrant Visa Afghanistan refugees into the Greater Houston area.

CEO of Refugee Services of Texas, Russell Smith, tells us, he expects the number to grow within the next few weeks.

"With this wave of SIV coming, as a general increase from a general historic low to what we are seeing, there is a large wave coming," said Smith.

Humanitarian efforts have begun to relocate thousands of refugees to different cities all across the U.S.

"There’s estimated to be around 30,000 individuals who are eligible," said Smith. "There’s likely about 1,000 coming to Texas." Read More

What Is The Thin Blue Line?

The Thin Blue Line is a symbol of honor recognizing our heroes in law enforcement. Whether you wave it on your lawn or wear it on your hat, there is no better way to show support for those risking their lives everyday to protect us. They need our help now more than ever.