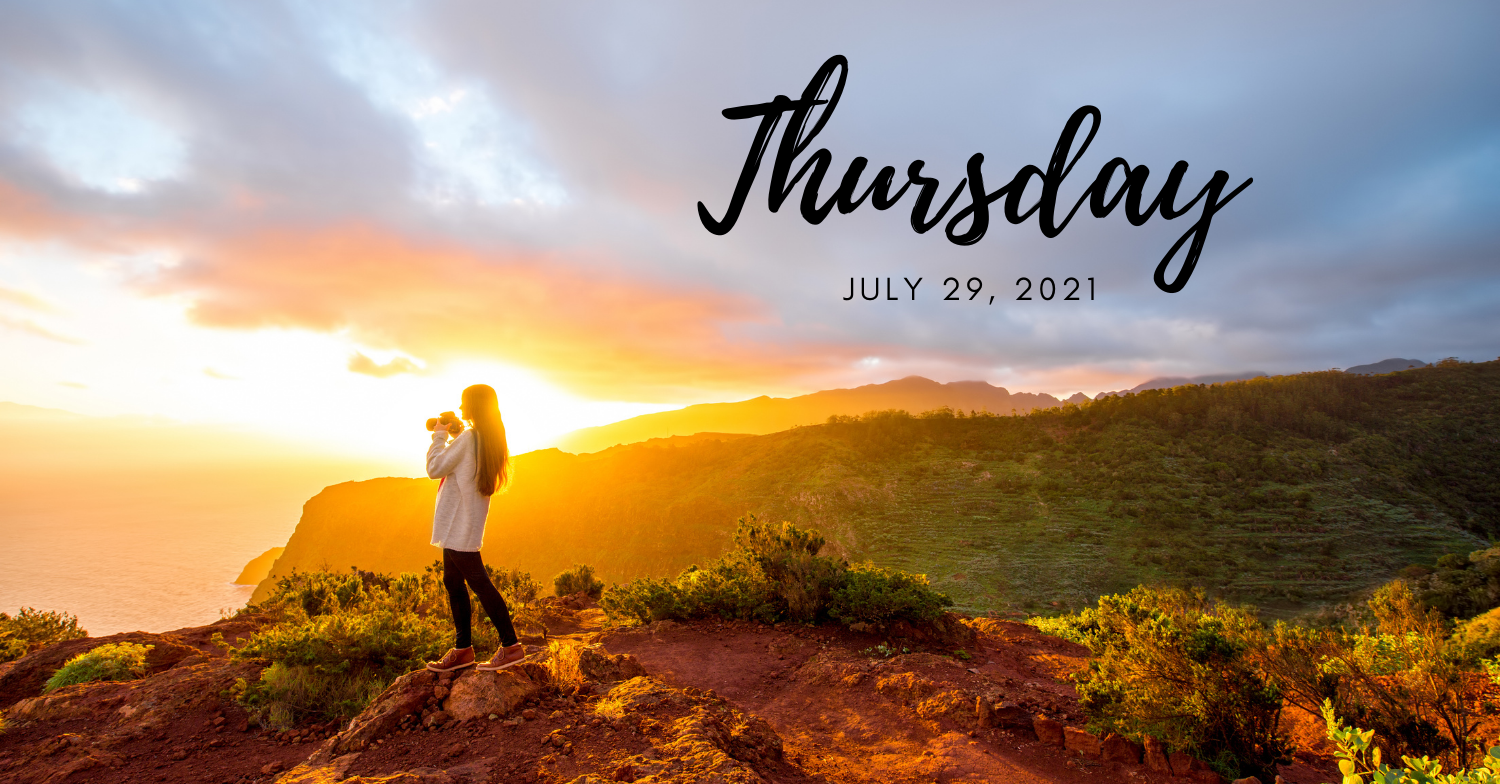 * Cryptocurrency Has A 'Bro' Problem?

* Kristi Noem Attacks Governors 'Getting Political' And Not Doing Their Job

At today's Senate Foreign Relations Committee hearing, Sen. Ted Cruz (R-TX) called for an amendment to a bill to prohibit US participation in a vaccine passport.

Here are two key stories that underscore the continued use of fearporn to execute tyrannical policies on society. First, the CDC is reversing indoor mask policy by saying that all fully vaccinated adults and children must put them back on. Secondly, Biden is about to announce a mandated vaccine policy for ALL federal employees.

For employees that refuse, there will be a mandated policy of weekly testing (at their own expense) and quarantine following a positive test.

At the same time, the unvaccinated are pointedly and forcefully being blamed for the resurgence of the Delta COVID mutation. Read More

As Florida grapples with a surge of COVID-19 cases, an association of the state’s criminal defense attorneys called on courts Tuesday to return to virtual hearings for non-essential legal proceedings.

The Florida Association of Criminal Defense Lawyers is “extremely concerned” about the uptick in infections, said Jude Faccidomo, a Miami attorney and the organization’s president. The Sunshine State accounted for nearly a quarter of all new COVID-19 cases in the U.S. in the past week, according to CNN. Read More

Cryptocurrency Has A 'Bro' Problem. Women In The Field Say They Can Disrupt The Bitcoin Brotherhood

While some have criticized crypto’s “bro” culture as being sexist, women in the field say that the anonymity of crypto actually allows for more inclusion than other areas of finance and tech. https://t.co/JDra7LzRc9

Arkansas Governor Asa Hutchinson held a town hall to promote Covid vaccinations and was heckled after explaining that there is zero evidence to show that Covid vaccines will have an effect on fertility.

ACROSS THE WESTERN United States, signs of a parched present—and future—are everywhere. From wildfires burning across the Pacific Northwest to California’s shrinking reservoirs, it appears as if the earth is extremely dry for the second summer in a row. As of July 22, 75.6 million people are living under drought conditions, according to the US Drought Monitor, a report produced weekly by hydrology experts at the National Oceanic and Atmospheric Administration, the US Department of Agriculture, and the National Drought Mitigation Center at the University of Nebraska, Lincoln. One quarter of the continental US is experiencing “extreme or extraordinary drought,” according to the report.

Despite some summer rains in parts of the desert Southwest earlier in July, experts say the situation is likely to get worse in the coming months, and that the region’s cities and farms should prepare for possible shortages of both electricity and water. “The spatial coverage of drought in the West is huge right now,” says Dan McEvoy, assistant professor of climatology at the Desert Research Institute in Nevada, who studies the causes and effects of western droughts. “Nearly every state, or every state in the western US, has some level of drought. And California is pretty bad.” Read More

The USDA “unconstitutionally delegated its own duties to protect farmers and the environment to GE crop developers” when it exempted most genetically engineered plants from pre-market reviews in 2020, said a coalition of farm, environment, and consumer groups in a lawsuit filed on Monday. In it, they asked the U.S. district court in San Francisco to overturn the Trump-era revisions.

Dubbed SECURE, the new regulation said GE plants needed review by USDA’s Animal and Plant Health Inspection Service, whose duties include regulation of agricultural biotechnology, only if developers believed they might pose an environmental risk. SECURE reflected the biotechnology industry’s argument that gene editing is an inherently safe way to produce new plant varieties with traits that could be achieved through traditional breeding methods. Read More

The bipartisan group of Senators who spearheaded the infrastructure deal hold a press conference after the Senate advances debate.

A private counterterrorism group formed by the world’s biggest tech companies, including Facebook, Google, and Microsoft, will use lists produced by government intelligence agencies to police content by white supremacists, militias and other extremist groups, according to Reuters.

Gavin Newsom released a video detailing how the state will expand healthcare coverage to low income Californians regardless of their immigration status.

Kristi Noem Attacks Governors 'Getting Political' And Not Doing Their Job

During an off-the-walls argument on The Five that attempted to paint anti-vaxxers as freedom fighters and the CDC as reactionary fascists, Geraldo Rivera single-handedly burst the Fox News bubble by decrying Americans who refuse to get vaccinated as “arrogant, selfish SOB’s.”

Calling the vaccine “bulletproof against this damn disease,” Rivera began by saying how “appalled” he was to hear his co-hosts Jesse Watters and Greg Gutfeld’s attempts to blame immigrants coming across the U.S.-Mexico border for the rise in cases “without any evidence.” When Watters cited “common sense,” Rivera shot back, “Common sense is not proof!”

From there, Rivera turned to the debate over a vaccine mandate, going after Gutfeld for trying to claim that the unvaccinated are somehow being discriminated against. Read More

The Centers for Disease Control and Prevention has said that vaccinated people should get tested for Covid-19 if they have been exposed to the virus, even if they haven’t experienced any symptoms.

Fully vaccinated travelers from the United States and much of Europe will be able to enter England and Scotland without quarantining starting next week, U.K. officials said Wednesday - a move welcomed by Britain’s ailing travel industry. The British government said people who have received both doses of a vaccine approved by the FDA in the U.S. or the European Medicines Agency, which regulates drugs for the European Union and several other countries, will be able to take pre- and post-arrival coronavirus tests instead of self-isolating for 10 days after entering England.