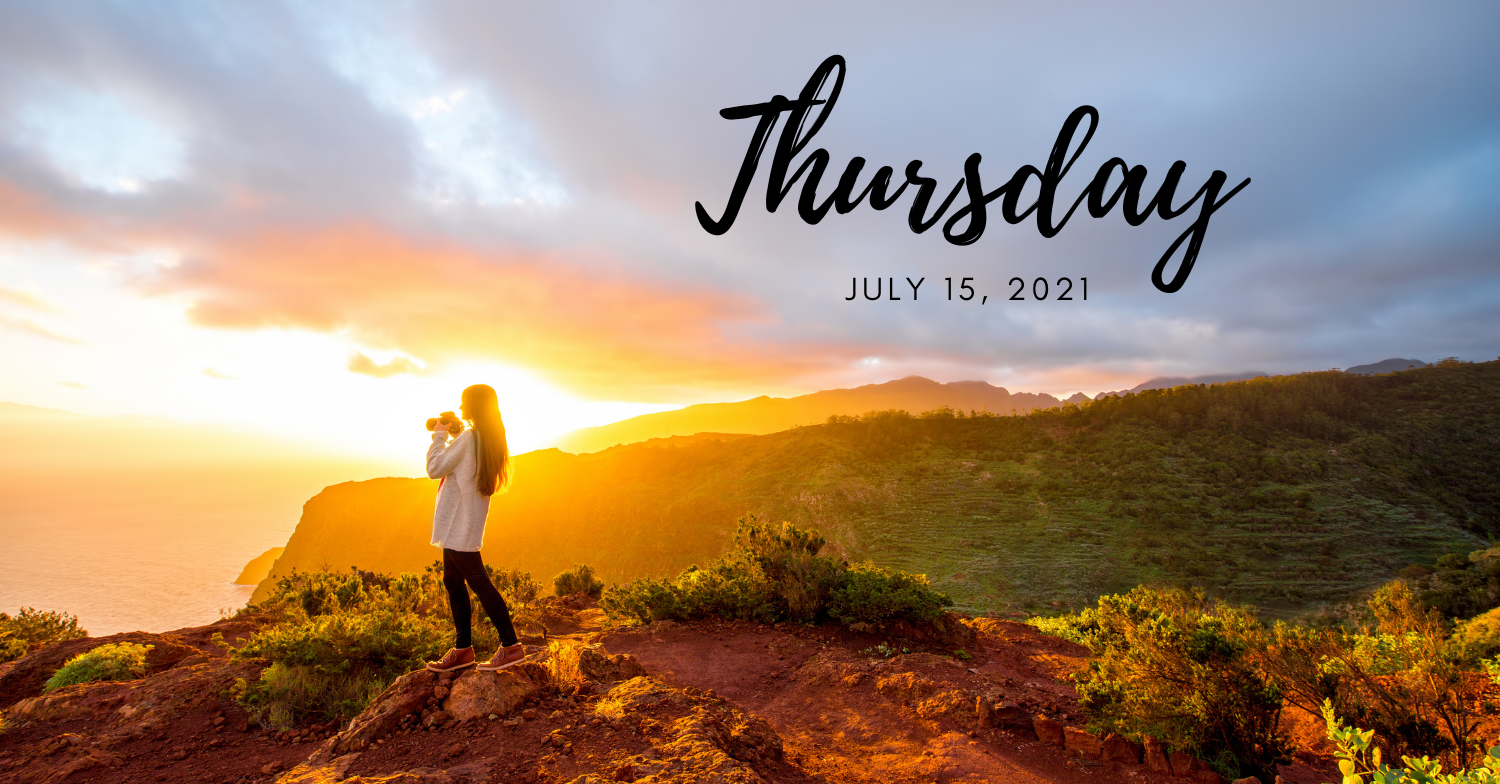 * Who Runs The World Blackrock And Vanguard

* Amazon Granted Approval To Use Radar To Monitor Sleep

* Government Wants 25,000 More Soldiers To Be Deployed To Restore Order In Kwazulu-Natal And Gauteng

* Lightning? Disrepair? Conflicting Reports On What May Have Caused George Floyd Mural To Collapse In Ohio

* Don't Worry Trump Will Save The World

'The Next Revolution' host slams Democrats for misleading Americans on the realities of climate change.

WHO RUNS THE WORLD? BLACKROCK AND VANGUARD

If you’ve been wondering how the world economy has been hijacked and humanity has been kidnapped by a completely bogus narrative, look no further than this video by Dutch creator, Covid Lie.

What she uncovers is that the stock of the world’s largest corporations are owned by the same institutional investors. They all own each other. This means that “competing” brands, like Coke and Pepsi aren’t really competitors, at all, since their stock is owned by exactly the same investment companies, investment funds, insurance companies, banks and in some cases, governments. This is the case, across all industries. As she says:

Every coast in the U.S. is facing rapidly increasing high tide floods thanks to a "wobble" in the moon's orbit working in tandem with climate change-fueled rising sea levels. A new study from NASA and the University of Hawaii, published recently in the journal Nature Climate Change, warns that upcoming changes in the moon's orbit could lead to record flooding on Earth in the next decade.

Through mapping the National Oceanic and Atmospheric Administration's (NOAA) sea-level rise scenarios, flooding thresholds and astronomical cycles, researchers found flooding in American coastal cities could be several multiples worse in the 2030s, when the next moon "wobble" is expected to begin. They expect the flooding to significantly damage infrastructure and displace communities. Read More

Amazon Granted Approval To Use Radar To Monitor Sleep

Amazon has been granted federal permission to create a device that monitors people's sleep. Last month, Amazon requested permission from the Federal Communications Commission to market "non-mobile devices" that use "Radar Sensors" and "would operate at higher power levels than currently allowed." On Friday, the FCC issued approval for the touchless device, which would use radar sensors to  track sleep. In its request, Amazon said the device "could help improve consumers' awareness and management of sleep hygiene." Read More

The devastating heat wave that ravaged British Columbia last week is being blamed for a massive die-off of mussels, clams and other marine animals that live on the beaches of Western Canada.

Christopher Harley, a professor in the zoology department at The University of British Columbia, found countless dead mussels popped open and rotting in their shells on Sunday at Kitsilano Beach, which is a few blocks away from his Vancouver home. Read More

Full-time minimum wage workers can't afford rent anywhere in the US, according to a new report https://t.co/4NRBmL6eAT

Engineering researchers are developing a unique method to increase the recycling of soft plastics by creating a smart robot that can identify, sort and separate different types of recyclable waste.

Despite an improvement in plastic recycling in recent years, landfill is a growing issue. Soft plastics like cling wrap and plastic bags are a major contributor to the problem, with 94 percent going to landfill in 2016-17.

Soft plastics lack adequate recycling methods as they easily entangle in waste separation machinery, leading to mechanical failure and contamination of other recyclable materials such as paper. Because of this problem, current recycling methods rely on the manual sorting of soft plastics, an often repetitive and unsafe task. Read More

The first wave of a Federal Emergency Management Agency “surge team” will be deployed on Tuesday in southern Nevada, where it will assist state agencies and community partners with increasing COVID-19 vaccination rates during a recent spike in positive cases.

FEMA spokeswoman Veronica Verde told the Review-Journal Monday that the first wave will consist of about 85 staff members, who will work with the Nevada Division of Emergency Management and the Nevada Department of Health and Human Services to staff existing pop-up vaccination clinics, a call center and neighborhood canvassing efforts. A second wave is expected to arrive within the next week or two, Verde added. Read More

The Department of Homeland Security is administering the Johnson & Johnson vaccine to immigrant detainees as part of an effort to scale up vaccinations for Covid-19 at Immigration and Customs Enforcement facilities, ICE told CNN in a statement.

DHS received an initial allocation of 10,000 vaccine doses and nationwide distribution is underway, according to ICE. The doses will be replenished on a rolling basis.
An ICE spokesperson said in a statement that the department "remains committed to a public health guided, evidence-based approach to vaccine education that ensures those in our care and custody can make an informed choice during this global pandemic." There were more than 27,600 immigrants in ICE custody as of July 9. Read More

Government Wants 25,000 More Soldiers To Be Deployed To Restore Order In KwaZulu-Natal And Gauteng

Defence minister Nosiviwe Mapisa-Nqakula has requested the deployment of an additional 25,000 defense personnel to restore order in KwaZulu-Natal and Gauteng amid ongoing violence, looting, and the destruction of property in those provinces following the arrest of the former president, Jacob Zuma.

The minister reportedly told parliament on Wednesday that she is seeking approval from the National Security Council and president Cyril Ramaphosa. Read More

Lightning? Disrepair? Conflicting Reports On What May Have Caused George Floyd Mural To Collapse In Ohio

According to Toledo Police, witnesses said it was destroyed by a lightning strike. Doppler radar showed a lightning strike in that block at about 4:30 p.m. on Tuesday, but there are conflicting reports on what may have caused the collapse.

Hugh Koogan, a city building inspector, told WTVG’s media partner the Toledo Blade the collapse was a result of natural deterioration and had noticed the middle of the wall bowing recently. “It was just age. It just came away,” the inspector told the Blade. Read More

The George Floyd Memorial mural at Summit and Lagrange in Toledo has come down. No word yet on the circumstances #13abc pic.twitter.com/SkB2eDhijB

The Freedom Phone is a free speech and privacy first focused phone. With features like tracking blockers and an uncensorable app store.

Works with Verizon, AT&T, T-Mobile, & Sprint, and all other domestic & international carriers. Move phones over in 60 seconds as soon as the phone arrives.

Cuba has said its homegrown Covid-19 vaccine Soberana 2 (Sovereign 2), when delivered with a booster shot of Soberana Plus, is about 91 per cent effective against symptomatic Covid-19 cases as demonstrated in its late stage clinical trials.

Soon after the results were announced, Cuban President Miguel Díaz-Canel thanked the island nation’s scientists for working on the vaccine. If approved, Cuba will become the first Latin American country to manufacture and produce a vaccine against Covid-19. Read More

DON'T WORRY, TRUMP WILL SAVE THE WORLD, NOTICE ALL THE NWO AND ILLUMINATI SYMBOLS ON HIS ARMOR