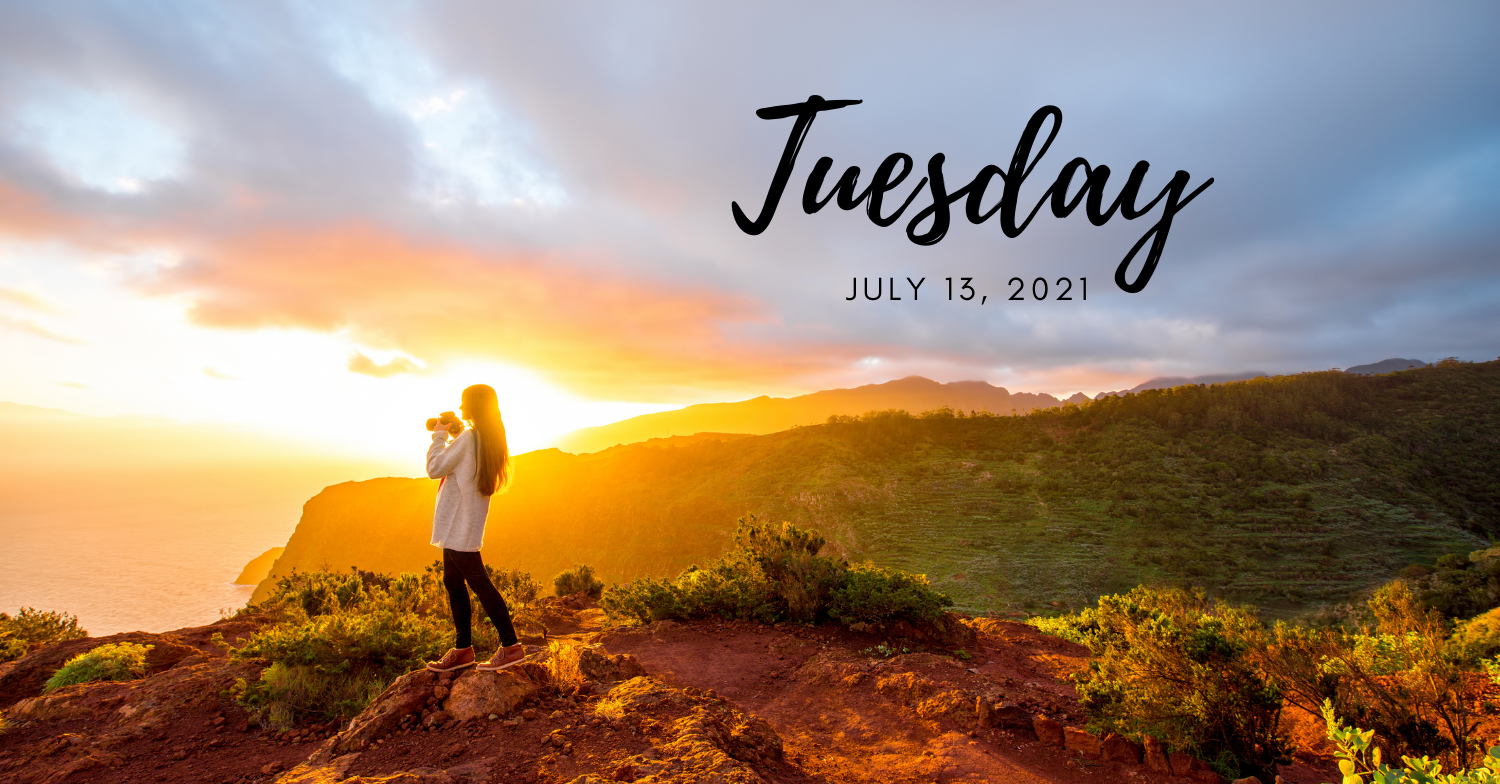 * "We Will Take Back That Glorious White House" Trump Predicts 2024

* Military To Be Deployed In Kwazula-Natal

* People Will 'Revolt' If Vaccines Are Mandatory Gov. Kemp

* Misunderstanding Over Bracelets For The Unvaccinated

* Iran Softens It's Tone Towards Resurging Taliban In Afghanistan

* Rise Of The Delta Variant

* How Neuralink Will Make Language Obsolete

'We Will Take Back That Glorious White House': Trump Predicts 2024 Victory For GOP At CPAC Texas

In his remarks at CPAC Texas 2021, former President Trump assailed Democrats and declared that the GOP would win back the White House in 2024.

The South African National Defence Force has started with pre-deployment processes to have soldiers dispatched to KwaZulu-Natal and Gauteng, as violent rioting in protest of former president Jacob ZumDemonstrations had led to shopping malls and other properties set alight and in some instances destroyed. The unrest so far had claimed the lives of seven people.

In a statement on Monday, SANDF spokesperson Brigadier-General Mafi Mgobozi said a request for assistance was received from the National Joint Operational and Intelligence Structure (NATJOINTS) to assist law enforcement agencies deployed in Gauteng and KwaZulu-Natal.a's imprisonment continues. President Cyril Ramaphosa has been under pressure to deploy troops as the violence escalates. Read More

WASHINGTON – Julie Paris from Pittsburgh, Pennsylvania, decided to drive all the way to Washington to attend the rally against antisemitism on Sunday.

“It’s so important for me to stand in solidarity with my Jewish brothers and sisters as we face this giant wave of antisemitism that has swept across the US and around the world in the last several weeks and months,” she told The Jerusalem Post. “I felt that we’re stronger together standing against hate – and we have to take a stand, and we have to let people know that we won’t be afraid to stand up for ourselves.” Read More

People Will 'Revolt' If Vaccines Are Mandated: Gov. Kemp

As the Biden administration peddles its plan to send door-knocking missionaries across America to spread 'vaccine awareness' (and keep track of who's vaccinated and who's not), White House-coordinated FEMA "surge teams" are being assembled to reinforce local efforts on the ground.

In this video today, we are going to see historical portraits being colorized and brought to life as never seen before. Please don't freak out once they start moving. You're going to love it. They are breathtaking. In my previous colorization videos, we've seen how skilled individuals have brought life to black and white photos by adding colours in most spectacular ways. Today, we're going to try and add another layer of realism, by animating their faces in a subtle way, using Artificial Intelligence stuff. Don't expect perfection, but, oh boy, this is really cool and I needed to share it with you guys.

Researchers have demonstrated how to keep a network of nanowires in a state that's right on what's known as the edge of chaos – an achievement that could be used to produce artificial intelligence (AI) that acts much like the human brain does.

Thousands Of Cubans Protest Against The Communist Government, Chanting 'We Are No Longer Afraid'

Cuban residents took to the streets in an unprecedented demonstration against increasing Covid cases and deaths and severe economic shortages. President Miguel Diaz-Canel, who also heads the Communist Party, blamed the United States for the unrest in a nationally televised speech Sunday afternoon.

Misunderstanding Over Bracelets For The Unvaccinated

The statement caused upheaval on social media and the government immediately made it clear that this is not the case.Government spokesman Kyriakos Kousios clarified that the government is not considering the possible use of a bracelet for the unvaccinated and said Anastasiades’s answer was misunderstood. Read More

Iran Softens Its Tone Towards Resurging Taliban In Afghanistan

As the Taliban captures more and more territory ahead of a complete U.S. military withdrawal from Afghanistan, neighboring Iran is watching developments warily. Washington Post staff writer Miriam Berger joins "CBSN AM" to talk about her latest article on the fraught history between the two and the challenging road ahead.

Rise Of The Delta Variant

The U.S. continues to see thousands of new COIVD cases a day and hospital admissions rise as the Delta variant makes it way around the country.

How Neuralink Will Make Language Obsolete..

How Neuralink Will Make Language Obsolete..we're covering Neuralink news, updates, demos, and more in 2021, showing how language could obsolete in the future with Neuralink technology.