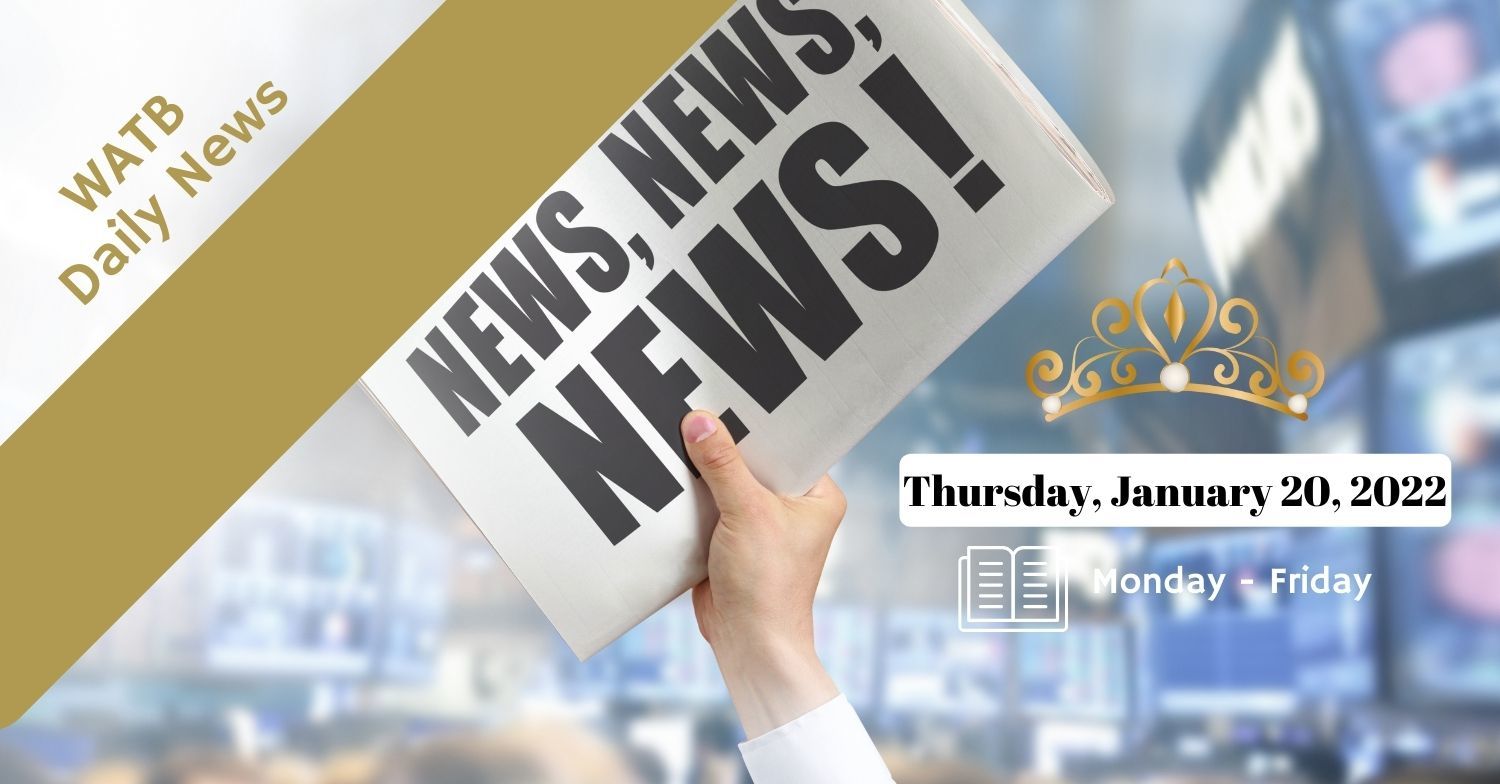 UN Climate Change Conference (COP26) took place in Glasgow, UK, from Sunday 31st October to Thursday 12th November 2021. The COP26 summit brought parties together to accelerate action towards the goals of the Paris Agreement and the UN Framework Convention on Climate Change

At COP26, 22 Governments and the European Commission, collaborating through Mission Innovation, announced four ground-breaking ‘Missions’ to catalyse investment and action to make the clean energy technologies which will decarbonise the most challenging sectors.

The Missions, announced by Ministers from the U.S., India, Saudi Arabia, Canada, Australia, Austria, the Netherlands and European Commission, will accelerate technologies to facilitate urban transitions, eliminate emissions from industry, enable carbon dioxide removal, and produce renewable fuels, chemicals, and materials. Combined with three Missions first announced in June 2021, on power systems, hydrogen, and shipping, they have the potential to unlock affordable decarbonisation pathways for sectors responsible for 52% of current global emissions.

Fully consistent with the Breakthrough Agenda, announced by world leaders on 2 November at COP26, Mission Innovation is a key platform for governments and the private sector to work together to develop and demonstrate clean technologies across multiple sectors. The aim is to use research, development and demonstration investments by government and the ingenuity of business and finance to make clean energy solutions more affordable, accessible, and attractive than their alternatives by 2030. Mission Innovation members alone are projected to invest at least $250 billion this decade in clean energy innovation.

John Kerry, U.S. Special Presidential Envoy for Climate, said: “Mission Innovation is accelerating innovation across challenging sectors and technologies to enable a net-zero transition by mid-century. To raise climate ambition and drive the clean energy transition, we need to make major investments to develop, demonstrate, and scale up innovative technologies to enable a swift and affordable net-zero transition.”

President Bush laid out the federal plan to tackle the risk of an influenza pandemic in a 30 minute speech on 1 November before six cabinet secretaries, top US health officials, and World Health Organization and United Nations' directors.

After outlining the history of previous pandemics, including the 1918 flu that killed more than half a million Americans, he set three goals—detecting outbreaks, stockpiling vaccines, and having emergency plans in place.

As part of the initiative to detect outbreaks before they spread across the world, Mr Bush had previously announced a new International Partnership on Avian and Pandemic Influenza at a UN meeting in September. Eighty eight countries and nine international organisations have already joined this initiative.

The United States will stockpile vaccines and antiviral drugs such as Tamiflu (oseltamivir) and Relenza (zanamivir), and accelerate the development of new vaccine technologies. Mr Bush said that the National Institutes of Health was working with leaders of the vaccine industry to replace the use of chicken eggs with a cell culture technology. He also called for liability protection for vaccine makers.

The US will also have emergency plans in place in all 50 states and every local community. Michael Leavitt, secretary of the Department of Health and Human Services, will bring together state and local public health officials nationwide to discuss pandemic preparedness.

These plans would require emergency funding of $7.1bn (£4.1bn; €6bn) from Congress, he said. Last week the US Senate passed 94 to three a measure to spend $8bn on pandemic influenza preparations.

Of the $7.1bn requested, $2.8bn would be used to develop methods to decrease the time needed to make a vaccine; $1.52bn would purchase influenza vaccines; $1.03bn would stockpile antiviral medications; $800m would develop new treatments and vaccines; $644m would go towards pandemic preparedness; and $251m would be allocated to help other countries detect and contain outbreaks.

Senator Edward Kennedy of Massachusetts, a Democrat, said that Mr Bush's proposal “needs to be stronger” and called for more spending to ensure that hospitals and other healthcare facilities have the capacity to handle a flood of patients. But the Senate's Republican leader, Bill Frist of Tennessee, praised Mr Bush, and said, “The president's bold and decisive leadership today reflects his understanding of the urgency of confronting this issue.”

“This is a historic day in public health,” said Julie Gerberding, director of the Centers for Disease Control and Prevention. “We have worked for more than a decade to put influenza on the table, and now the president and leaders of Congress are completely engaged.”

The Department of Health and Human Services released a 396 page pandemic flu document after the president's speech, focused on federal and state planning. It assumed a hypothetical 90 million Americans would be taken sick, and nearly two million would die, in such an event. See www.whitehouse.gov/infocus/healthcare

Wow. I am shocked about President Bush! What the world? Look how much money he put into this. This was more than 15 years ago. They were already working on vaccine technology? Imagine how bad it is today!

JUST A FUNNY NEWS TO MAKE YOU SMILE!

China Created a "Duplicate Person" Using AI and fooled the whole world. Towards the end of December, the Chinese public found out their national news anchor was a virtual twin of the original host. It was running—reporting the news—undetected for 70 days. The Chinese have demonstrated their ability to develop virtual replicas that are almost indistinguishable from real humans. And the implications are frightening for our society. What about duplicate politicians saying and doing things on video they never really did? What if they make a duplicate of YOU! What might they make you do? How will the Antichrist use this technology? Watch this full length episode of Last Days Breaking News with Nelson Walters to find out.

The International Committee of the Red Cross was the victim of a massive cyberattack in which hackers seized the data of more than 515,000 extremely vulnerable people, some of whom had fled conflicts, it said on Wednesday.

“A sophisticated cyber security attack against computer servers hosting information held by the International Committee of the Red Cross (ICRC) was detected this week,” it said in a statement.

“The attack compromised personal data and confidential information on more than 515,000 highly vulnerable people, including those separated from their families due to conflict, migration and disaster, missing persons and their families, and people in detention.”

The body, which has its headquarters in Geneva, had no immediate indication as to who might have carried out the attack.

It said the hackers targeted an external company in Switzerland that the ICRC contracts to store data. There was no evidence so far that the compromised information had been leaked or put in the public domain.

The ICRC said its “most pressing concern” was the “potential risks that come with this breach — including confidential information being shared publicly — for people that the Red Cross and Red Crescent network seeks to protect and assist, as well as their families”.

The data originated from at least 60 Red Cross and Red Crescent National Societies around the world.

“An attack on the data of people who are missing makes the anguish and suffering for families even more difficult to endure. We are all appalled and perplexed that this humanitarian information would be targeted and compromised,” said ICRC director-general, Robert Mardini.

“This cyberattack puts vulnerable people, those already in need of humanitarian services, at further risk.”

And he called on those responsible to “do the right thing — do not share, sell, leak or otherwise use this data”.

“Your actions could potentially cause yet more harm and pain to those who have already endured untold suffering,” he added.

As a result of the attack, the ICRC had been forced to shut down the computer systems underpinning its Restoring Family Links programme that seeks to reunite family members separated by conflict, disaster or migration, the statement said.

“We are working as quickly as possible to identify workarounds to continue this vital work,” it added.