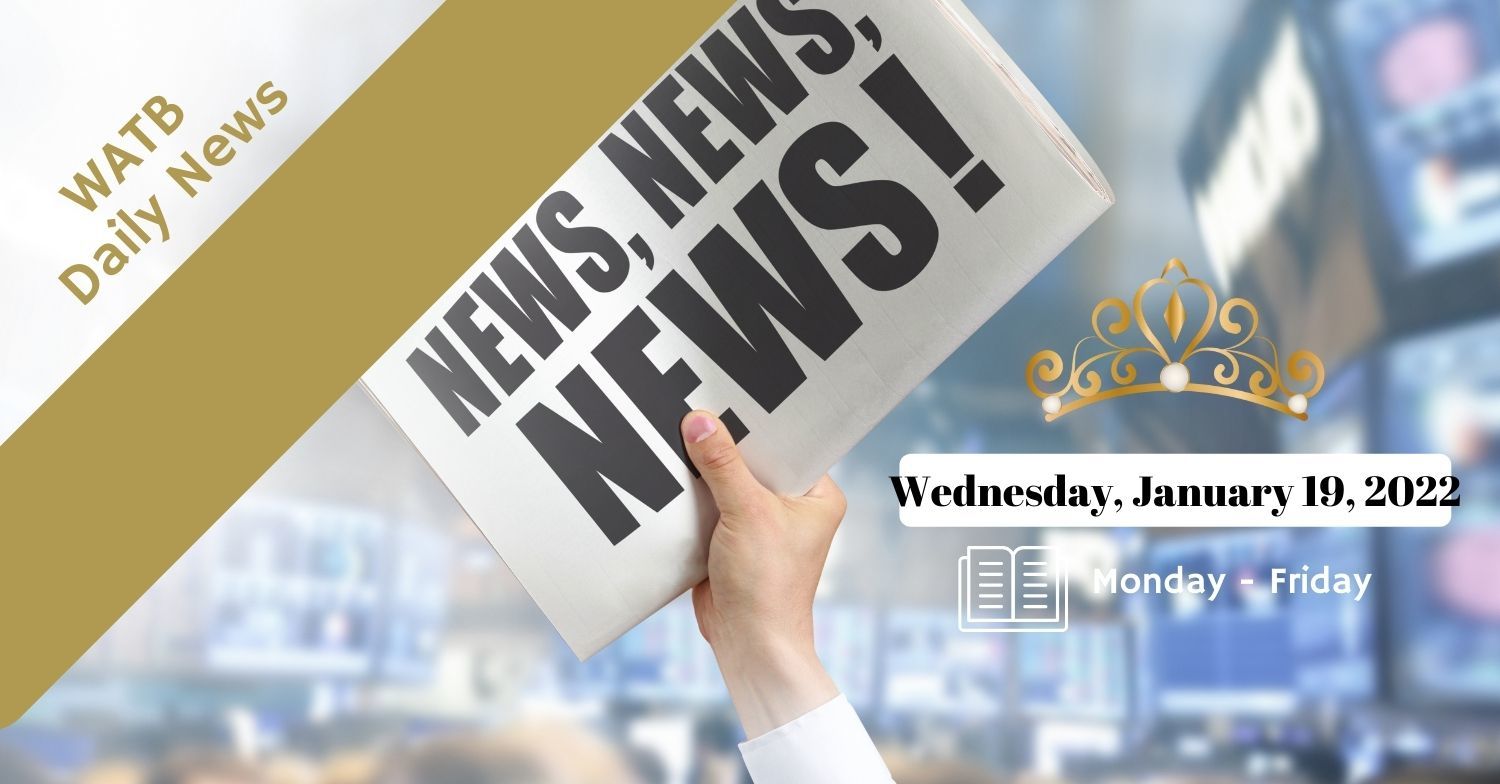 Washington (CNN Business)AT&T and Verizon announced Tuesday that they would delay activating 5G on some towers around certain airports. The wireless technology's rollout near major airports had been scheduled for Wednesday, but airlines warned of dire consequences for transportation and the economy.

AT&T made the announcement as it works with the aviation industry and the US Federal Aviation Administration for further information, according to a statement from AT&T spokesperson Megan Ketterer.
READ MORE

What is up with this? They keep post-pone it? Let's keep our eye on this. Very suspicious. By the way Bride, they are rolling out the Great Reset through COVID. So, instead of lights going out and being IN YOUR FACE...they're doing it through this crisis. The changes they are making will be permament.

Do you know how to #Google like a pro? #search pic.twitter.com/EyA3Kzswi2

Xi outlined that the international community is still locked in a tenacious battle against what he called “a once-in-a-century pandemic”. Calling for greater global cooperation, he said: “The fight against the pandemic is proving to be a protracted one. COVID-19 is resurging with different variants and spreading faster than before. He added that shifting blame will only cause delays in response.”

Xi said that China is doing its part, having already sent more than 2 billion doses of vaccines to more than 120 countries and international organizations, to be closely followed by at least another 1 billion doses.

As the world emerges from the depths of pandemic gloom, Xi cautioned that several risks threaten to derail economic recovery, including disruptions in global supply chains, tight energy supply and rising commodity prices. He said: “If major economies take a U-turn in their monetary policies, there would be serious negative spillovers which will challenge global economic and financial stability.”

To fully unleash the vitality of the world economy, he also called for less protectionism, especially on trade. Economic globalization is an unstoppable trend which will not veer off course, he said, despite counter-currents along the way: “We should remove barriers, not erect walls. We should open up, not close off. We should seek integration, not de-couple.”

Geneva, Switzerland, 18 January 2022 – Prime Minister Naftali Bennett of Israel used his address to the Davos Agenda 2022 to highlight the role of digital technologies in confronting the Omicron variant and climate change. He also highlighted how regional bridge-building with the United Arab Emirates and neighbouring Arab states has accelerated trade volumes.

Israel was the first country in the Omicron wave to shut its skies for a few weeks to buy time and formulate the best policy response based on analysis of data from its national database and the actions of other countries. “The pandemic is all about data information and gleaning insights from that data”, Bennett said. Israel has developed a “variant radar” of data scientists dedicated to gathering intelligence on emerging variants around the world. “That’s why,” he added, “we reacted to Omicron before it even got its name.”

The pandemic has changed the ways we work, with the world more dependent than ever on remote working. Bennett pointed out that nearly half the global investment in cyber defence in recent years has come from Israel.

Turning to regional bridge-building, he said the Abraham Accords – cooperation agreements signed between Israel, UAE and Bahrain in 2020 – have the potential to greatly accelerate regional trade. Already trade between Israel and UAE has “skyrocketed”, while trade with Egypt remains “tiny”. Bennett views UAE as “a gate to the East” and regards “Africa as a big potential partner for Israel”. He recently met President Sisi of Egypt and King Abdullah of Jordan and said: “I want to inject more content into these relationships.”

His wider strategic aim is to firm up agreement among regional partners who are coming to see Israel as “an anchor of stability in a very tumultuous region.”

The prime minister highlighted how his move to open Israel’s borders to Palestinians is helping tens of thousands from Gaza and the West Bank to make a better living. In his speech, Bennett spoke about joint Israeli-Palestinian industrial zones to allow Palestinians to work in very high-tech sectors. “I believe that through business, through economy, through jobs is the most sustainable way to bring stability,” he said.

Israel has committed to reach net zero on carbon emissions by 2050. Bennett pointed to Israel’s “small carbon footprint”, adding that the country’s unique contribution to fighting climate change is through its high-tech innovation sector. He called on Israel’s cohort of young entrepreneurs to start developing the “technologies that do not yet exist”, which the world needs to deliver net zero by 2050. Israel is already a world leader in climate-relevant technologies such as generating, conserving and recycling freshwater, he said, while noting that the climate crisis gives it the opportunity to grow its capacity in renewable energy and alternative meat products.

About the Davos Agenda 2022
For over 50 years, the World Economic Forum has been the international organization for public-private cooperation. The Davos Agenda 2022 is the focal point at the start of the year for leaders to share their outlook, insights and plans relating to the most urgent global issues. The meeting will provide a platform to accelerate the partnerships needed to tackle shared challenges and shape a more sustainable and inclusive future. Learn more about the programme and view sessions live and on demand.

“A key focus of my administration will be the revitalization of Japan through a new form a capitalism,” he said. Unfettered state capitalism without adequate checks and balances produces problems such as widening income gaps, rural-urban disparities and social tensions, he added.

Kishida emphasized that the time has come for “historic economic and social transformations”. He said Japan will pioneer a new form of public-private partnership, with leaders of government, industry and labour all working together to develop paradigm-shifting policies. “There has been an overreliance on competition and self-regulation to constrain the excesses of market forces,” he added. “This must change.”

These reforms will build on emerging strength shown by Japan’s economy. However, he reiterated that current policies are not sufficient to ensure that growth is sustainable and inclusive.

The prime minister called for Japan to lead the world in green transformation. He said investment in green technology “will be more than doubled” and become an engine of growth. He also announced that a carbon pricing system will be introduced as soon as possible and Japan will continue to support the Asian emissions trading market.

“Japan remains committed to the Paris Agreement and will achieve carbon neutrality by 2050,” he said. Private and public sector leadership will work tightly together on the demand and the supply side to support the transformation. One focus for Japan’s clean energy strategy is to reform the energy sector, which accounts for more than 80% of greenhouse gas emissions. Smart grids, upgraded power and distribution networks as well as low-carbon energy sources like solar and wind energy are all part of the solution, he said.

Another important pillar for Japan’s transformation is digitization. “While Japan has traditionally lagged in digital uptake, COVID-19 has given Japan a chance to leap-frog its digitization efforts,” Kishida said. To support this, the government will invest heavily in next-generation networks, optical fibre and 5G-related infrastructure – extending it to 90% of the population over two years.

Kishida also laid out plans for increased corporate disclosure to encourage investment in human capital. “Investment in people is often regarded as a cost, but it is a source of medium to long-term corporate value,” he said.

The prime minister pointed out that Japan continues to take a cautious approach to COVID-19, with borders closed until the end of February. “Changes will be made to border policies as more data comes in,” he said. The government is taking a realistic view and he stressed that a zero-tolerance policy towards COVID-19 is neither possible nor appropriate.

Klaus Schwab, the World Economic Forum’s Founder and Executive Chairman, thanked Japan for taking an active part in collaborative global efforts to combat shared challenges. “The capabilities of the Fourth Industrial Revolution open up new possibilities and opportunities,” Schwab said. “The future will be much greener, more digital and human-centred.”

About the Davos Agenda 2022
For over 50 years, the World Economic Forum has been the international organization for public-private cooperation. The Davos Agenda 2022 is the focal point at the start of the year for leaders to share their outlook, insights and plans relating to the most urgent global issues. The meeting will provide a platform to accelerate the partnerships needed to tackle shared challenges and shape a more sustainable and inclusive future. Learn more about the programme and view sessions live and on demand.

MY THOUGHTS ABOUT DAVOS SO FAR:

One thing clear Bride is that they are full swing into the Circular Economy. The Great Reset is happening now. They are slowly changing the laws in each country to merge into this global Beast. I uploaded some of the WEF videos on our YouTube Channel so that you can get a glimpse into how they are shaping this. This PROVES that the Freedom Farce, NAR, Trump, mainstream media and all of them are a farce. This is where it's all happening. The other is smoke and mirrors.

Centers for Industrial Revolution are Global

To help government regulation adapt to the rapidly changing technology, the World Economic Forum founded a network of Centers for the Fourth Industrial Revolution (C4IR).

This network aims to create and to share knowledge, experience and best practices related to innovative technologies’ regulation by establishing collaborations between governments, leading corporations, private sector, and experts from around the world.

In January 2019, as part of Government Resolution No. 4481, it was decided that the State of Israel would join the C4IR. Accordingly, in August 2019, the Innovation Authority established the Israeli Center for Regulation of Innovative Technologies that serves as an Affiliate Center in the C4IR network.