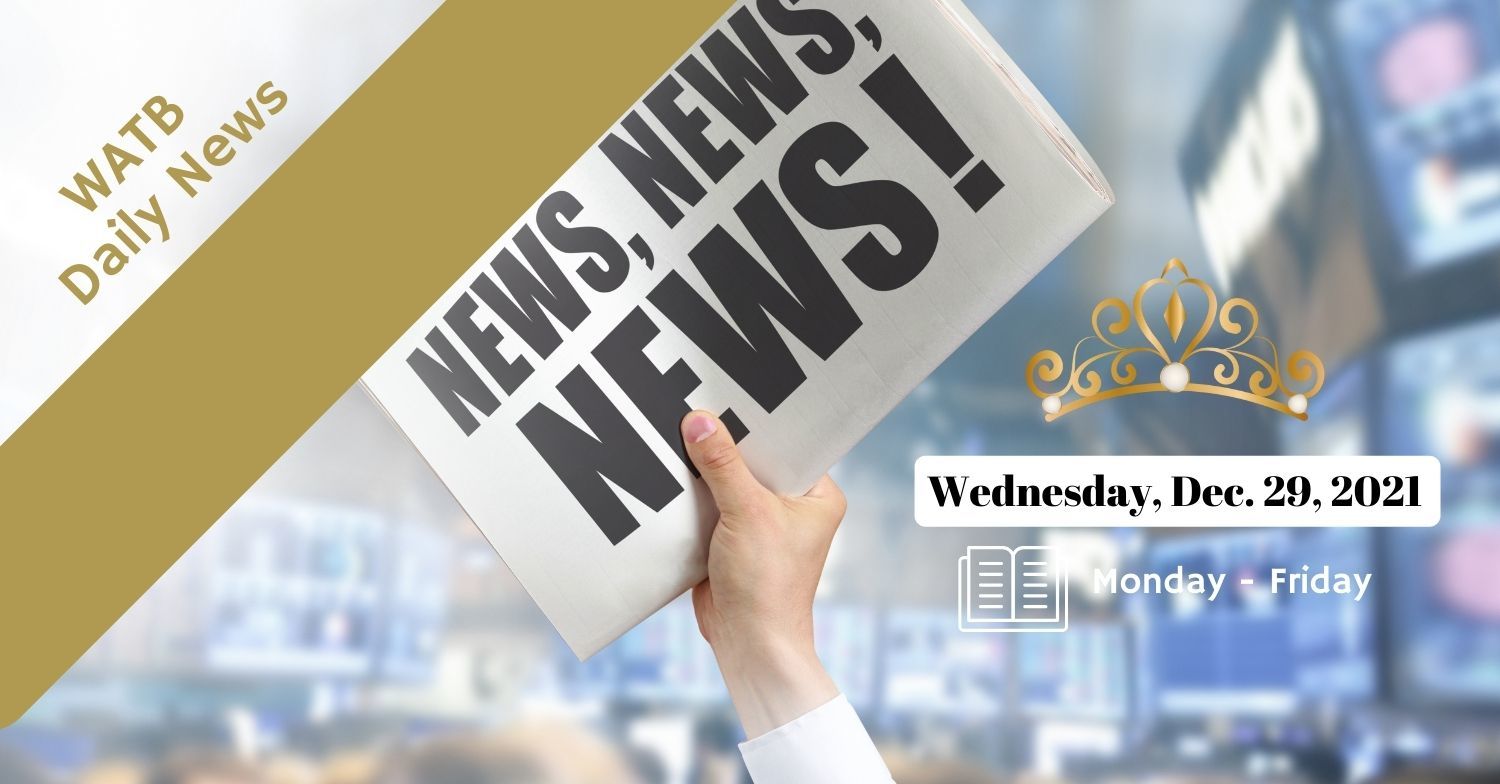 Lately we have seen an influx of fake news such as media outlets and ministries trying to make us think that the 666 comes in the form of a chip as a "grain of rice" in our hands, etc. This is to convince the viewers that what they are doing now with this liquid injection is not the mark. However, we know the mounting evidence contrary. I recently showed you a video of CBN News doing this. I told you it was a distraction - a deliberate misleading of the church to feel "safe" about this agenda. I told you how they did as well with the Trump Peace Deal and Kanye. #ItsAllAFarce

So, Look at This:

From: Optofluidics, Sensors and Actuators in Microstructured Optical Fibers, 2015

The immense potential of refractive index engineering in metamaterials can be further exemplified by recent progress in the field of transformation optics that enabled novel opportunities in the design of graded-index structures [150–161]. First applied to the development of the cloak, the transformation method is now considered a very general and powerful design tool that offers unparalleled opportunities for controlling light propagation through careful refractive index engineering.

READ MORE ABOUT HOW NANO CAN BE IN THE V

LOOK AT THIS EXAMPLE -

Are we being chipped? New evidence emerges. 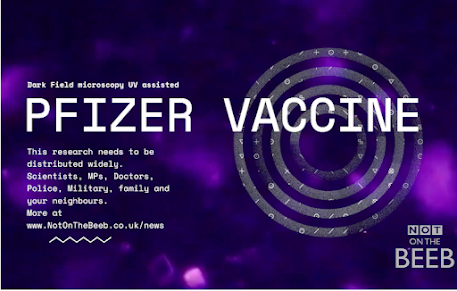 When we first discovered the easily replicable vaccine-induced magnetism, we quickly laughed off the idea that the magnetism was caused by chips planted under the skin.

The chips we thought of, were grain-sized, nonmetallic and simply too bulky to be used nefariously in such a mass vaccination programme.

Chips could not be floating around each vial, undetected by innocent nurses.

However, since those initial days last Spring, the evidence for 'chips' has been mounting.

Except, not large bulky chips.

We are in the era of nanotechnology.

Tighten your seat belts for this one...

Much more coming on this, so watch this space.

This is research again originating from the Spanish teams under Dr Campra of Almeria University.

This is Sid Roth's show - one of the most famous evangelical shows. He has all of the NAR etc. On this show a gentleman is casting his vision for 2022. I want you to hear how they are separating Jews/Gentiles by calendar, etc. Just listen carefully to how they are doing this.

Also, I was reading in the comments and I want you to see the way a lot of NAR people probably think about the V. We are all wondering why they are not caring when people DIE from this. Look at this FARCE!

COMMENTS MADE PUBLIC FROM THIS SHOW -

@I am Who I am  I agree with you, I had my vaccine and God is blessing me for doing as his word says and obeying the laws of the land. Romans 13: 1-2. My parents with heart disease have had the vaccine and they have not had covid. However, my sister in law has a certain heart problem which means the vaccine IS dangerous for her. So we must not judge this lady in her individual circumstances and her unique health issues. I pray the Lord heals and covers her.
My Thoughts:
You can see the twisted mindset that it's OK for someone else to die because their health is not perfect enough? Is this what you're saying? However, this gives us an insight into how people lose their empathy, etc. Terrible!
Here is whole conversation:
Thank you. I needed this encouragement during this time. I’m keeping my faith, but I’m Feeling so hopeless. Me and my children are struggling because I lost my job over declining the vaccine I declined due to my pre existing health conditions lupus and heart disease. We are now facing homelessness. I pray that God will hear my prayers and bless me. I must be patient. With it being the holidays my situation has really been bringing me down. I will continue to keep Faith in God he will provide.
Show less
146
REPLY
Hide 36 replies

Job openings dear one are out there. You were courageous i pray new job for you that your children will see God sends his best for you in Jesus name. No two Christmases are alike hang in there next year you will look back at what the Lord has done and increased your faith and testimony i wl be in prayer for you
25
REPLY

He is a rewarder of your faith in His perfect Love for you and His provision for you. May God turn this around for your good and you will Praise Him, even now you praise Him. Your faith pleases Him. He is a good Father.
20
REPLY

Why you don't get your vaccine?? I dont see any warning against of Covid19 vaccine in the Bible.
9
REPLY

Lots of work from home jobs that supply the computer and equipment and no experience needed as many places will provide equipment and train ! That’s what I did as I’m a nurse in Canada but didn’t get vaccine and now I work from home in e-commerce Lol so def options put there ! God will sustain you
18
REPLY

Matthew 6:34 Do Not Worry 25 “Therefore I tell you, do not worry about your life, what you will eat or drink; or about your body, what you will wear. Is not life more than food, and the body more than clothes? 26 Look at the birds of the air; they do not sow or reap or store away in barns, and yet your heavenly Father feeds them. Are you not much more valuable than they? 27 Can any one of you by worrying add a single hour to your life[e]? 28 “And why do you worry about clothes? See how the flowers of the field grow. They do not labor or spin. 29 Yet I tell you that not even Solomon in all his splendor was dressed like one of these. 30 If that is how God clothes the grass of the field, which is here today and tomorrow is thrown into the fire, will he not much more clothe you—you of little faith? 31 So do not worry, saying, ‘What shall we eat?’ or ‘What shall we drink?’ or ‘What shall we wear?’ 32 For the pagans run after all these things, and your heavenly Father knows that you need them. 33 But seek first his kingdom and his righteousness, and all these things will be given to you as well. 34 Therefore do not worry about tomorrow, for tomorrow will worry about itself. Each day has enough trouble of its own.
Read more
8
REPLY

May the Almighty God hear your prayers. May His name be glorified through your case in Jesus name.
11
REPLY

I prophesy a miracle of provision for you by the personal hand of Our victorious King Jesus Keep trusting and declaring yr expectation for a miracle!!! Also ask the Lord for wisdom. He loves partnering with us for His glory He loves you, Mousey!!! Praise God!!
12
REPLY

Just want to encourage you, to not give up!!!! You have come too far. Remember if He has brought you this far, He will continue to bring you through, even this. God Bless, and I will be praying for you and your family.
9
REPLY

I’m praying for you Mousey. May Jehovah Jireh meet you at your point of need. If you can, pray in tongues often and The Holy Spirit will give you new ideas
11
REPLY

@I am Who I am  I agree with you, I had my vaccine and God is blessing me for doing as his word says and obeying the laws of the land. Romans 13: 1-2. My parents with heart disease have had the vaccine and they have not had covid. However, my sister in law has a certain heart problem which means the vaccine IS dangerous for her. So we must not judge this lady in her individual circumstances and her unique health issues. I pray the Lord heals and covers her.
Show less
8
REPLY

See the craziness of all this? This is the mindset of the NAR church. Also, I heard from a nurse yesterday who said she witnessed a man who had his 3rd booster, walked to the cash register and fell over dead. Then she testified of how at a shot facility they were all in line outside with masks on and six feet apart and one of them fell over dead and the ambulance came to pick him up AND NOONE BUDGED. IT DIDN'T PHASE THEM AT ALL! She said it was the weirdest thing. They have no empathy.

By HARRIET ALEXANDER FOR DAILYMAIL.COM

Notice how they immediately relate it to "masculine supremacy". What a farce. They are labeling this man by talking about him living in a mountain (prepper), relating him to a Trump follower (Christian).

However, let's pray for the victims and all involved.

“Snowbound” was not a term Stephen Kulieke thought he would hear at the end of California’s driest year in a century, but that’s precisely the position the Sierra City resident found himself in this week.

“It’s snowmaggedon,” said Kulieke, 71, whose mountain cabin was buried under at least 4 feet of powder Monday amid record-breaking snowfall in the Sierra Nevada. “It’s just beyond belief how much snow there is.”

15 Emerging Technologies that Will Change the World

Technology is progressing faster than ever, with ground-breaking new ideas being explored every day. From floating farms to edge computing, here are the 15 most incredible emerging technologies.