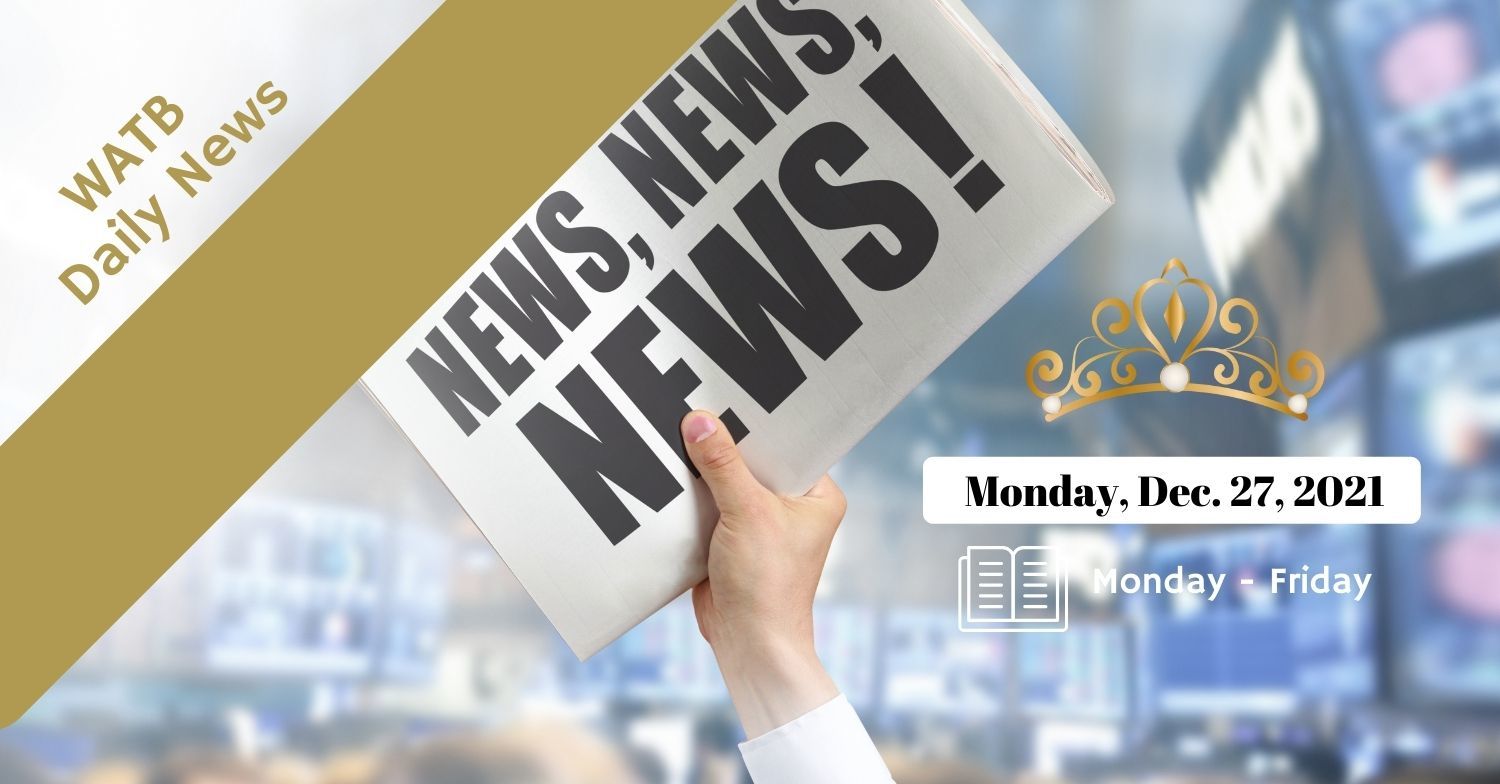 Edward Szall's New Media is a FARCE! The Freedom Farce is in action again! Check out CrossTalkNews - TruNews #2

Notice the red, white, black, the video intro, the cryptocurrency they're involved with, etc. They just so happen to be located right where Rick Wiles is? What a farce! You can't make this stuff up! We all know about why Milo was there and how he worked with the N***laws.  So...what is this with the ecumenical look and CROSSTALK name? Rick is also on Twitter pushing UNITY in ecumenism. Such a farce!  Attached to this daily report is a screenshot of Rick's Twitter.

All the true saints, in the body of Christ, despite differences, doctrine and practices will be brought together by necessity to survive. We will have to get along. https://t.co/ULTiIBCjhC

I'm not buying any of it. Shenanigans of it all! (Dr. June) #they'reallworkingtogether

Israel's Attorney General Gives Nod to Sanctions on Unvaccinated Against COVIDPrime Minister Naftali Bennett and Health Minister Nitzan Horowitz are weighing bringing a few restrictions on unvaccinated to the cabinet, as omicron drives a fifth wave in Israel

Attorney General Avichai Mendelblit has approved the imposition of government restrictions on unvaccinated people in an effort to encourage them to get the jab, regardless of whether those restrictions are demonstrably epidemiologically effective.

In view of the attorney general’s legal brief, Prime Minister Naftali Bennett and Health Minister Nitzan Horowitz are weighing bringing a few proposals to the cabinet, designed to bolster restrictions on unvaccinated people.
Until now, the attorney general has prevented the government implementing policies whose sole intention is to encourage vaccination regardless of whether it is epidemiologically justified. The prohibition included both the awarding of benefits to those who do get the vaccine and the imposing of restrictions on people refusing to get vaccinated.
READ MORE

TRUMP DECLARES TO HIS Conservative Supporters that the Vaccine is "one of the greatest achievements of mankind"!

Former President Donald Trump has repeatedly encouraged the use of vaccines, along with taking credit for their creation, in multiple interviews in recent days.

The new tone from the former president has put him at odds with some of his most fervent supporters.

On Sunday, during an event with former Fox News Channel host Bill O’Reilly, Trump told the host he had received his booster shot. A few members of the crowd then booed, but the former President tried to brush off the naysayers.

This week, O’Reilly appeared on NewsNation to defend the former president.

“I said this is good for you. This is good that people see another side of you. Not a political side. You told the truth,” O’Reilly told host Dan Abrams. “You believe in the vax, your administration did it. And you should take credit for it.”

On Wednesday, Trump told conservative host Candace Owens that the COVID-19 vaccines are “one of the greatest achievements of mankind.”

It’s no secret that politics often play a role in whether or not someone is vaccinated. Mecklenburg County has the highest vaccination rate in the area along with the lowest percentage of Trump voters.

Two months ago President Trump said that the booster shot was a money scam ran by Pfizer...now he’s shilling for it.

(HOW DID WE MISS THIS? WHAT A FARCE!)

Periodically, new influenza A viruses emerge from animals, including birds and pigs, that can spread efficiently and have sustained transmission among humans.  This situation is called an influenza pandemic (pandemic).  Unlike seasonal influenza, a pandemic has the potential to spread rapidly around the globe, infect higher numbers of people, and cause high rates of illness and death in populations that lack prior immunity.  While it is not possible to predict when or how frequently a pandemic may occur, there have been 4 pandemics in the last 100 years.  The most devastating pandemic occurred in 1918-1919 and is estimated to have killed more than 50 million people worldwide, including 675,000 Americans.

(b)  Vaccination is the most effective defense against influenza.  Despite recommendations by the Centers for Disease Control and Prevention (CDC) that nearly every American should receive the influenza vaccine annually, however, seasonal influenza vaccination levels in the United States have currently reached only about 45 percent of CDC goals.

(d)  The current domestic enterprise for manufacturing influenza vaccines has critical shortcomings.  Most influenza vaccines are made in chicken eggs, using a 70-year-old process that requires months-long production timelines, limiting their utility for pandemic control; rely on a potentially vulnerable supply chain of eggs; require the use of vaccine viruses adapted for growth in eggs, which could introduce mutations of the influenza vaccine virus that may render the final product less effective; and are unsuitable for efficient and scalable continuous manufacturing platforms.

(e)  The seasonal influenza vaccine market rewards manufacturers that deliver vaccines in time for the influenza season, without consideration of the speed or scale of these manufacturers’ production processes.  This approach is insufficient to meet the response needs in the event of a pandemic, which can emerge rapidly and with little warning.  Because the market does not sufficiently reward speed, and because a pandemic has the potential to overwhelm or compromise essential government functions, including defense and homeland security, the Government must take action to promote faster and more scalable manufacturing platforms.

Sec. 2.  Policy.  It is the policy of the United States to modernize the domestic influenza vaccine enterprise to be highly responsive, flexible, scalable, and more effective at preventing the spread of influenza viruses.  This is a public health and national security priority, as influenza has the potential to significantly harm the United States and our interests, including through large-scale illness and death, disruption to military operations, and damage to the economy.  This order directs actions to reduce the United States’ reliance on egg-based influenza vaccine production; to expand domestic capacity of alternative methods that allow more agile and rapid responses to emerging influenza viruses; to advance the development of new, broadly protective vaccine candidates that provide more effective and longer lasting immunities; and to support the promotion of increased influenza vaccine immunization across recommended populations.

Trudeau says western countries need to stand together against China

Canada's relationship with China has been strained in recent years

What a farce! Look what FOX News is reporting:

Canadian Prime Minister Justin Trudeau implored the West to stand together against China, arguing that country's communist leadership has often been "playing" Western countries against each other.

NBC news got an exclusive look at a drone system the U.S. military is already using to protect troops in war zones, and it can operate with very little human involvement. It’s powered by artificial intelligence and detects possible incoming threats.