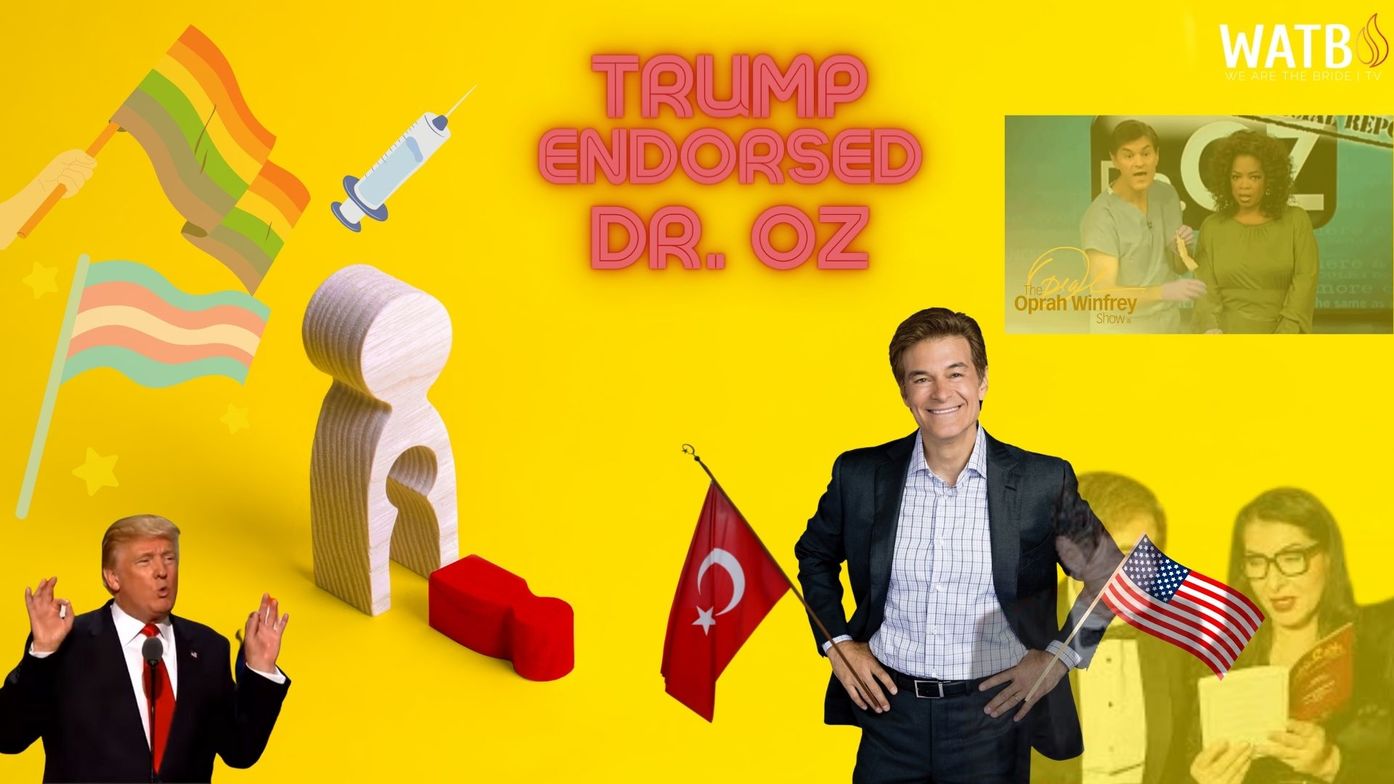 President Trump is endorsing liberal candidate Dr. Oz. This only proves Dr. June's point about Trump's America First platform is nothing but BUILD BACK BETTER - UN - for the conservatives. It is Democrats in a red dress.  This is what Dr. June has exposed for two years now about the partnerships with the LGBTQ and unholy.

I'm proud to have President Trump's endorsement, and I will fight for the America First Agenda in the U.S. Senate. pic.twitter.com/oz6MxhsUkT

Dr. June researched Dr. Oz's history. There are frightening facts that we need to consider on why Trump would endorse this Democratic-base candidate. His beliefs were not allowed on the old Republican platform. However, since Trump vomited all over the Republican party and flipped it to moderate Democrat-in-a-red-dress PARTY.

President Trump knows how critical it is to change the kinds of people we send to Washington. I’m ready to fight and I am proud to receive his endorsement. pic.twitter.com/ZENK2mOJir

Don't forget that it was Romney's neice who was the president of the party when Trump was President. She is moderate as well and helped to partner with the Log-Cabin Republicans, gay organization, to corrupt the party while the Christians signed off on it.  This is sick!

I'm sure the Freedom Farce is grooming him to woo the Christians. (flipping his stance on abortion, etc). This is sick!

Look at this farce on ABC News!

"I've taken on Big Pharma, I've gone to battle with Big Tech," Oz said on Fox News in December. "I cannot be bought."

A political newcomer, Oz is facing off against David McCormick, a longtime hedge fund executive, in a competitive Republican primary. Both men have immense wealth, and some observers say Oz's investments could complicate his bid to connect with the Keystone State's blue-collar voting base.

Trump Declares Dr. Oz is Pro-Life! What a farce!

.@DrOz on former President Donald Trump endorsing him as Pennsylvania Senate Candidate: "He wanted someone who could speak on cultural issues, push back against Democratic 'woke-ism' and be brave." pic.twitter.com/MBmDuGMszN

Dr.Fauci, who's spent life saving lives, vs @DrOz, just another quack at CPAC. OZ is whining about Fauci not responding to his request to "debate" him. The jokes keep coming. pic.twitter.com/C0D47e55T0

TRUMP on @DrOz: "Dr. Oz is smart, tough, and will never let you down, therefore, he has my Complete and Total Endorsement. Good luck, Dr. Oz. our Country needs you!" pic.twitter.com/8ysUh7tHSr

I think calling Oz out for his thoughts on abortion, gun control, and sex change in children is fair game, no?? Also..the pics of him with Abramovic put him in a VERY bad light for those of us who have been paying attention.

Hey @DonaldJTrumpJr Ummmm yeah I refuse to back @DrOz Yr Dad is a fool for backing him.

He needs to re question Dr Oz on many issues. Like medical field being racist, his views on abortion and he's for kiddie trangenders. Ummm not a good place to be.

Inside Dr. Oz’s Shameless Flip-Flop on Abortion https://t.co/zKSODVPHlz via @thedailybeastDr Oz is absolutely correct about his claim that abortions are a medical concern for women since they can potentially be harmed by dangerous alternatives to safe abortion procedures.

Dr. Oz is a pusher of the Coronavirus needle injection. Clearly, Trump’s endorsement of Dr. Oz represents yet another instance of Trump disappointing some of his supporters by endorsing him.https://t.co/7FjlMuYvgw

Not shopped, here they are from the same night on Dr. Oz's Instagram from October 26th THIS YEAR. This isn't an old photo, this is who he associates with right now.https://t.co/LzBfGdoslT pic.twitter.com/mgitAFdTGy

NO, just no. Dr.Oz is horrible. His relationship with Maria Abramovic & Oprah should be enough to scare people. pic.twitter.com/J1daEjZ65F