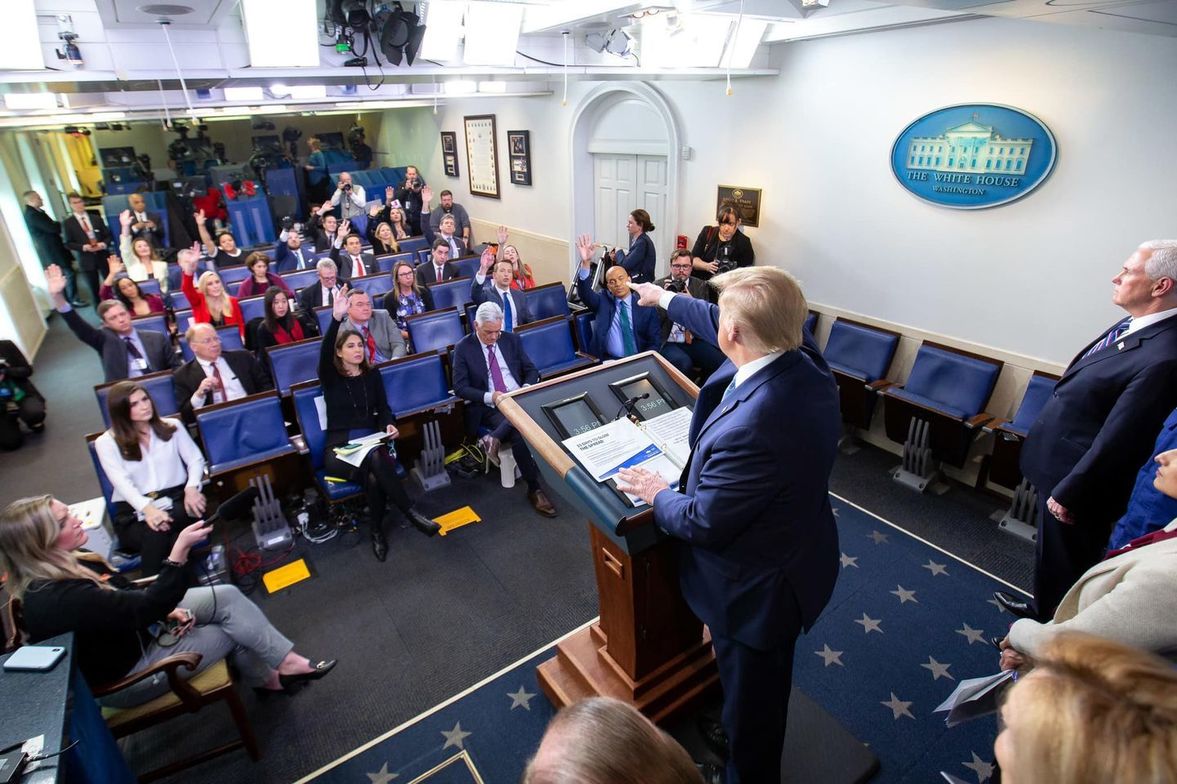 Bride, I found this post I wrote on Facebook last year and you must know this. This is word for word what President Trump told the nation after this meeting.  Post is dated March 27, 2020.

Some excerpts of the President’s speech yesterday: (

added for emphasis purposes only)

We'll be able to deploy even more

approaches to slow the -- ultimately, you know, it's a very devastating thing, but we will vanquish this virus. And it's -- a lot of progress has been made.

That's why earlier today I sent a letter to America's governors, describing how we will be using the

which will be developed in close coordination with our nation's

Because of the sacrifices of our great doctors and nurses and healthcare professionals, the brilliance of our scientists and researchers, and the goodness and generosity of our people, I know that we will achieve victory and

quickly return to the path of exceptional health, safety, and prosperity for all of our citizens.

But I just want to leave it with you: We have to go back. This is the United States of America. They don't want to sit around and wait. And they'll be practicing -- and, by the way, a lot of people misinterpret when I say “go back.”

They’re going to be practicing, as much as you can,

washing your hands and

not shaking hands and all of the things that we talk about so much.

We may take large sections of our country that aren't so seriously affected, and we may do it that way.

But we've got to start the process pretty soon. So we'll be talking to you a little bit more about that next week.

This morning at 7:55, I spoke to the leaders of the G20. Had a great meeting. And we have a lot of different ideas, a lot of good ideas. We’re working

The leaders gathered virtually around the world to discuss the whole subject of the problem that, right now, 151 nations have got. We had:

Japan on making a great decision on the Olympics. Going to make it next year, 2021.

• President Andrés Manuel López Obrador of Mexico. I want to thank the President of Mexico for having done such a great job with respect to the military. We have 27,000 Mexican soldiers on our southern border, and very few people are getting through -- I can tell you that. And we got to keep it that way. And we have a great relationship with Mexico now.

• President Moon of, as you know, a country that we spend a lot of time in: South Korea. We’re working very hard on that.

So, that’s a big group but it’s a great group. It’s -- and they were all there -- every one of them. And we talked about the problem. And hopefully it won’t be a problem for too much longer.

The United States is working with our friends and partners around the world to stop the spread of the virus and coordinate our efforts. We discussed how vitally important it is for all of our nations to immediately

we’ll do it even more so

-- and to inform our -- I guess you could say inform each of us on the fight that we’ve got going one way or the other. It’s a little bit different, but we’re handling it a little bit in different ways.

But there is great

uniformity, I think. We had a -- it was a terrific meeting. Tremendous spirit among all of those countries. You had 20 countries plus the other people that I mentioned. And tremendous spirit to get this over with.

Somebody in the fake news said that one of the governors said, “Oh, we need Tom Brady.” I said, “Yeah.” He meant that in a positive way. He said, “We need Tom Brady. We’re going to do great.” And he meant it very positively, but they took it differently. “They think Tom Brady should be leading the effort.” That’s only fake news. And I like Tom Brady. Spoke to him the other day. He’s a great guy.

We had a great meeting. I tell you what: I’m sure you have tapes of the meeting. I’m sure that you were able to get tapes very easily. So you had 50 governors-plus. And if you had tapes, you’d see it was really -- I mean, there was no contention. I would say virtually none. I would say maybe

Not so much anymore.

We saw to it that he

wouldn’t be so much anymore.

So we went from the G20 to the governors.