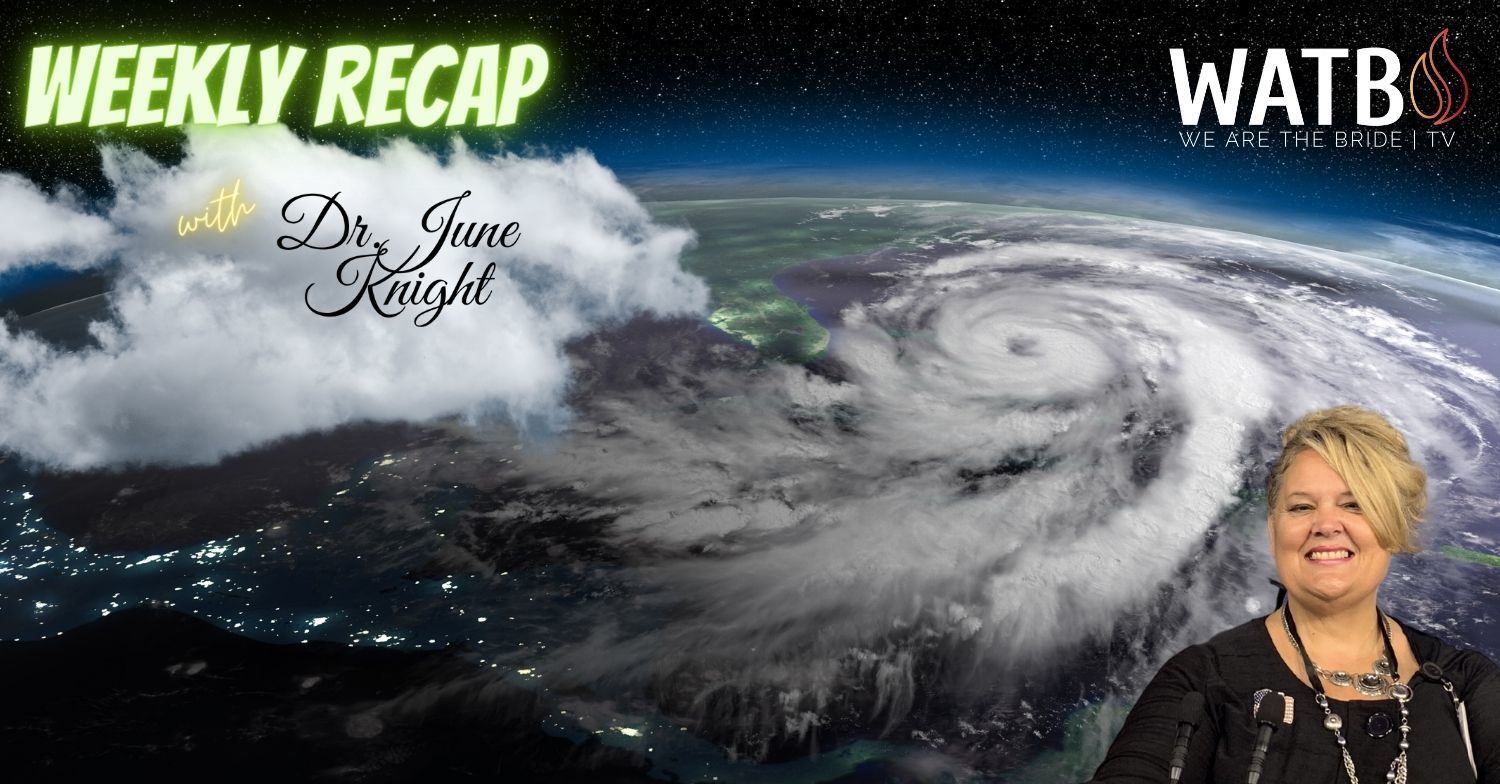 Weekly Recap: Dr. June Knight reveals the many plots from the enemy with the UN AGENDA in this video. Everyone pointing towards SCIENCE and AWAY FROM GOD. She explains the CYBERATTACKS coming to the church. She shows how Apple's a threat to your privacy. They are spying on you and it's going to get WORSE. In the very near future you won't have time to delete things off your phone before LAW ENFORCEMENT is contacted, regarding anything THEY think is inappropriate. I quote " Apple will be reporting pictures, before keys are even used." Meaning even before it goes to iCloud they can report you. She discloses the food source supply chain going down and school cafeterias running out of food, making parents very angry. Dr. June reveals how the street lights we see in parking lots and on the highways actually contain cameras and microphones Internet surveillance system and more all connected to 5G. Dr. June discloses to the Bride more in depth about the vaccine and how they are cracking down on the non Vers by taking away children in court settings and more incentives given out by Government Oficials. How Biden is ramping up the BOOSTER SHOTS to 5 months after your first vaccine, instead of 8 months. Dr. June goes on to tell the Bride about Pope Francis and his 'Climate Change,' a 7 year agreement he signed. Laudato Si for families, parishes, schools, hospitals, businesses, organizations, and religious orders bringing everyone in the GLOBAL COMMUITY. All under the 'Global Unity Platform of Health', working to together to push all  vaccines and future medicines.  Emerging new civilizations initiative in the CIRCULAR ECONOMY. She identifies how Pope Francis would say under " HUMAN FRATERNITY," what he means is pulling everyone to social justice and climate justice. She reveals how KANYE WEST turns catholic and changing his name to 'YE,' meaning GOD. Paula White and him all part of the Ecumenical Jesus and New Apostolic Reformation (NAR) 'FAITH BUILDERS," Bringing all religions to ONE. Paula White's ONE VOICE, herding everyone into 'ONE WORLD RELIGION'. Most of all Bride, prepare your house, your spiritual dwelling, make sure you're as white as snow for the Holy Spirit to live in and through you to show you the things that are coming, and she encourages the bride to get your residents ready as well, fully stocked up.