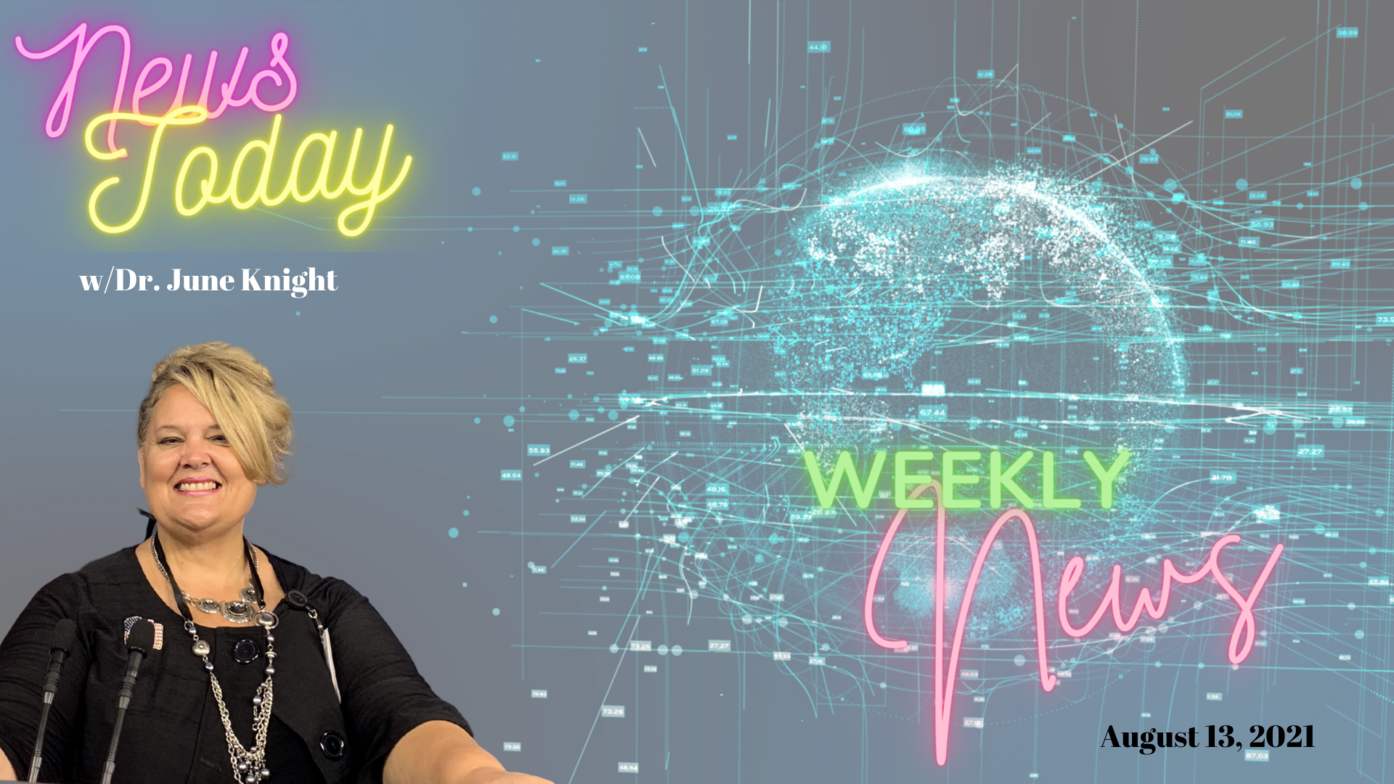 NEWS TODAY! Weekly Recap. Dr. June Knight exposes the HR4980 Bill stating travel FULLY VACCINATED in the U.S. was announced to House 8/6/2021. Also she states they are trying to debunk the Executive Order in Tennessee. She read that they wrote " Camps are NOT QUARANTINE CAMPS, not laying groundwork for permanent lockdowns, and not going to round up unvaccinated." They state all CONSPIRACY THEORIES. Well, we do KNOW they have a staffing problem GLOBALLY. People walking out not getting the V. She then reveals that she KNOWS these FEMA CAMPS have railroad tracks going in and through them. They are sending in troops from other countries. Will be other countries from each of the countries. Pay Attention when you see them send our troops overseas. Keep your eyes open Bride. She the blows the whistle on the FREEDOM FARCE, saying "pulling together in the name of humanity," Which we KNOW they are partnering with NAR ( New Apostolic Reformation) "GREAT AWAKENING," Ecumenical Jesus, human furternity. Johnathan Cahn with last year's Repentance and Revival Farce, getting ready for another WORLD WIDE RALLY FOR FREEDOM September 18, 2021 in Israel. "The Day The World Stood Together," deceiving the church with Q- Movement and all the NEW Platforms to get the extremists. She discloses The UN AGENDA AND CIRCULAR ECONOMY. Socialism and Communism do not exist anymore. How the Elite are buying up mines, to put their data mining equipment in which is heating up our world. Drying up wells, droughts, killing fish, heating up the oceans, and more. She makes known the BLOCKCHAIN `` Building a trusted Identity blockchain ID demo.`` Facial Recognition software, predictive policing program, digital twins, cellphone trackers, and more. Pentagon backing it all up. World Economic Forum: Scientists Are Building Digital Twins Of The Earth To Fight Climate Change. She brings to light "climate neutral," making men & women neutral and faceless. The infrastructure is the bones to Build Back Better also known as America First, putting all the building blocks in order to build the NEW WORLD. She explains to the Bride to prepare their homes for the Dark Winter ahead but most of all keep your lamps full and be filled with the Holy Spirit on the upcoming events coming.