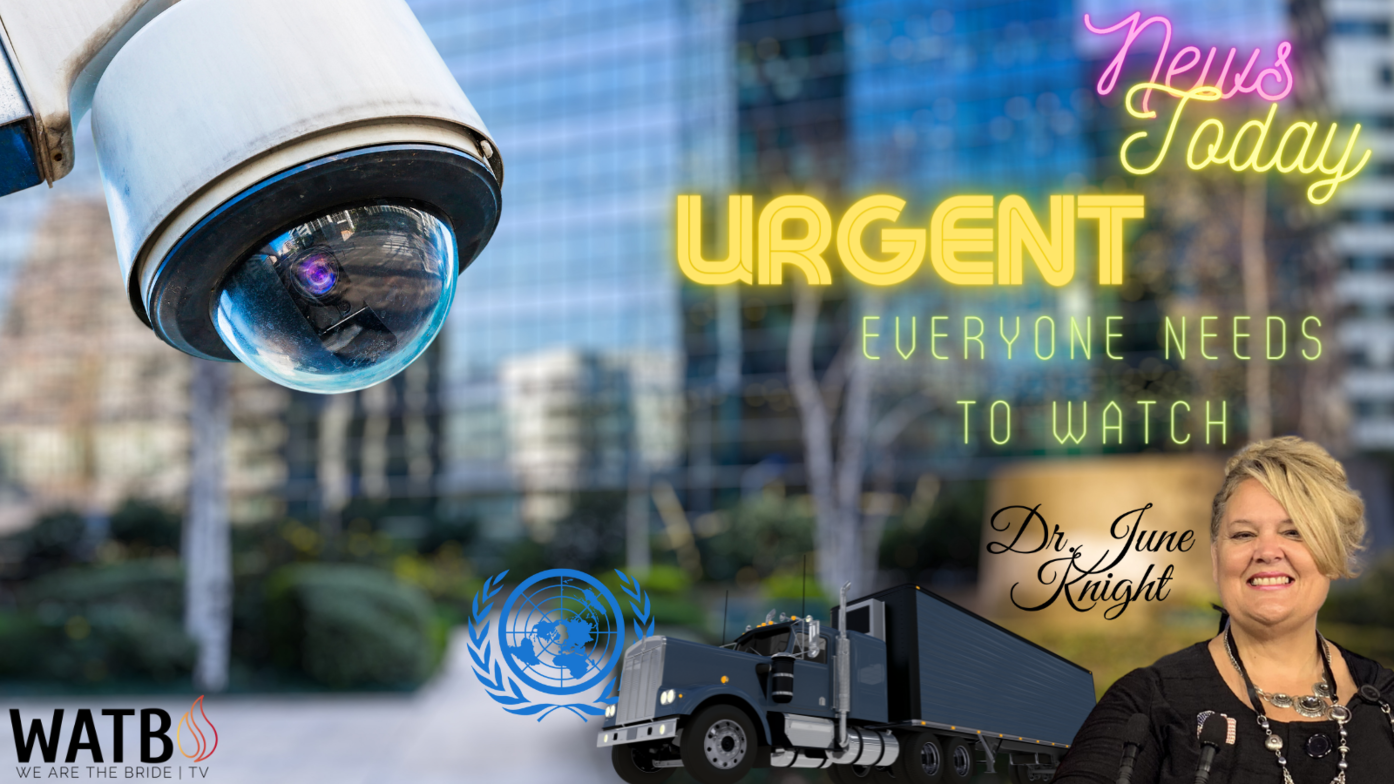 NEWS TODAY: Dr. June Knight reveals the TRUCKER STRIKE and how the U.S. is attracting drivers from South Africa with incentives and bonuses. How they are getting people from other countries here and our country over there to bring in the "MILLION MAN ARMY," that Trump announced during his presidency. Keep your eyes open Bride. She exposes the coming collapse and how IMMINENT it is. About to happen any minute with the famine. She explains to the Bride not to participate in the Bitcoin and Cryptocurrency, because that is the BEAST MONEY. There will be an exchange for your soul. She explains how in the future there will be NO BANKS, everything will be on the inside of you like an app. Circular Economy and everything will be on the 'REWARD SYSTEM.' She spelled out "the Old United States is GONE." She discloses what is happening in South Afica and their new "SNITCH SYSTEM,"  called Real 411 Fight Disinformation Together, Keeping IT Real In Digital Media, sound like NAZI Germany? That's because it is. They have found a way to turn in people for HATE SPEECH against THEIR NARRATIVE. Especially "Ideology Agendas, CHRISTIANITY.  What they are doing in South Africa is a trial run for what is coming to the U.S. She shows the Bride that this system they have in South Africa, has an EQUALITY COURT, for justice which has UN AGENDA all over it. Which brings her to her next point Digital Documentation Of COVID- 19 Certificates which is a GLOBAL TAKEOVER, to make human bodies a host for the Beast System to come in and reside. All tied to the INTERNET OF THINGS, INTERNET OF MEDICAL DEVICES, INTERNET OF BODIES, INTERNET OF MEDICAL THINGS, AND SO ON. "The BLOCKCHAIN TECHNOLOGY is part of the infrastructure of the body," she replies to the Bride. Explaining the implementation that is taking place all over the world today with the Vaccine. Which brings her to the Press Conference at the Pentagon with their response to what is happening in Afghanistan today. She points out how during Trump's presidency he changed all the main logos including 'Department of Defense,' to look the same, all in one. All one circle, coincidence? I think not! With UN BLUE, UN WREATH, the NEW EAGLE, and more. Also reminding the Bride how this is the 20 YEAR ANNIVERSARY FOR 9/11. A lot of people believe this was the beginning of our freedoms being stripped away. The kickoff as would say to this Global Agenda. She states she's been meaning to address the RELIGIOUS EXEMPTIONS, it is a TRAP! You are basically asking someone's permission to not inject you, filing for an exemption you are signing a contract with the employer and or government and placing a target on your back. Even if you get the exemption, you still have to get it approved every 6 months which is the same timing as the booster shots. All it takes is the Pandemic getting so bad that now exempted people will have to get the vaccine, mandating for the exemptions too. Only you will get a 2 week notice instead of the 6 week notice. She encourages the Bride to go where God tells you to go and stay away from exemptions. Now we have covered the infrastructure of the human body now she addresses the infrastructure in the street lights going up and the lights turning PURPLE all over the states. IOWA, NORTH CAROLINA, KANSAS, ILLINOIS, and SOUTH CAROLINA... so far With Duke Energy not planning to replace them yet and saying they are a defect. Now there is a lot of chatter about the luciferase turning purple in your veins under a black light, basically veins glowing. Is this a way for them to separate the vaccinated from the unvaccinated? Is this a way for them to see your QR CODE, that they are going to install on humans? Either way, we KNOW and Dr. June keeps warning the Bride the Infrastructure is being built and the framework looks about done. Which she exposes Japan has found magnetic particles in Moderna Vaccines, and she reveals how Moderna is the base of the INTERNET OF BODIES. Vaccine cards are coming to everyone, restaurants are already requiring it but now they have apps on your phone where you can keep it for more of an convience. Which they are all building a case on why they have to install them inside the bodies so you can't lose your identification of being vaccinated. She unveils the checkpoints that are going up to check for vaccination proof. With the quarantine facilities being built right now and one breaking ground in Wellcamp Airport in Queensland. By not getting the vaccine you are going to lose your benefits from the government. No more food stamps, no more unemployment, no more prescription drugs, no more disability, no more social security, pensions, and retirement taken away. The door is shutting Bride, you must prepare. In Canada they are saying that you cannot get married without getting the vaccine. So if you want to get married, get married now. Planning a wedding, get it done and get everything updated on your frontend. Addresses, liens, tags on your cars... get it all up to date. Get ready for all the natural disasters coming and pushing everyone into camps even more. Distruptions are coming and food shortages are here.