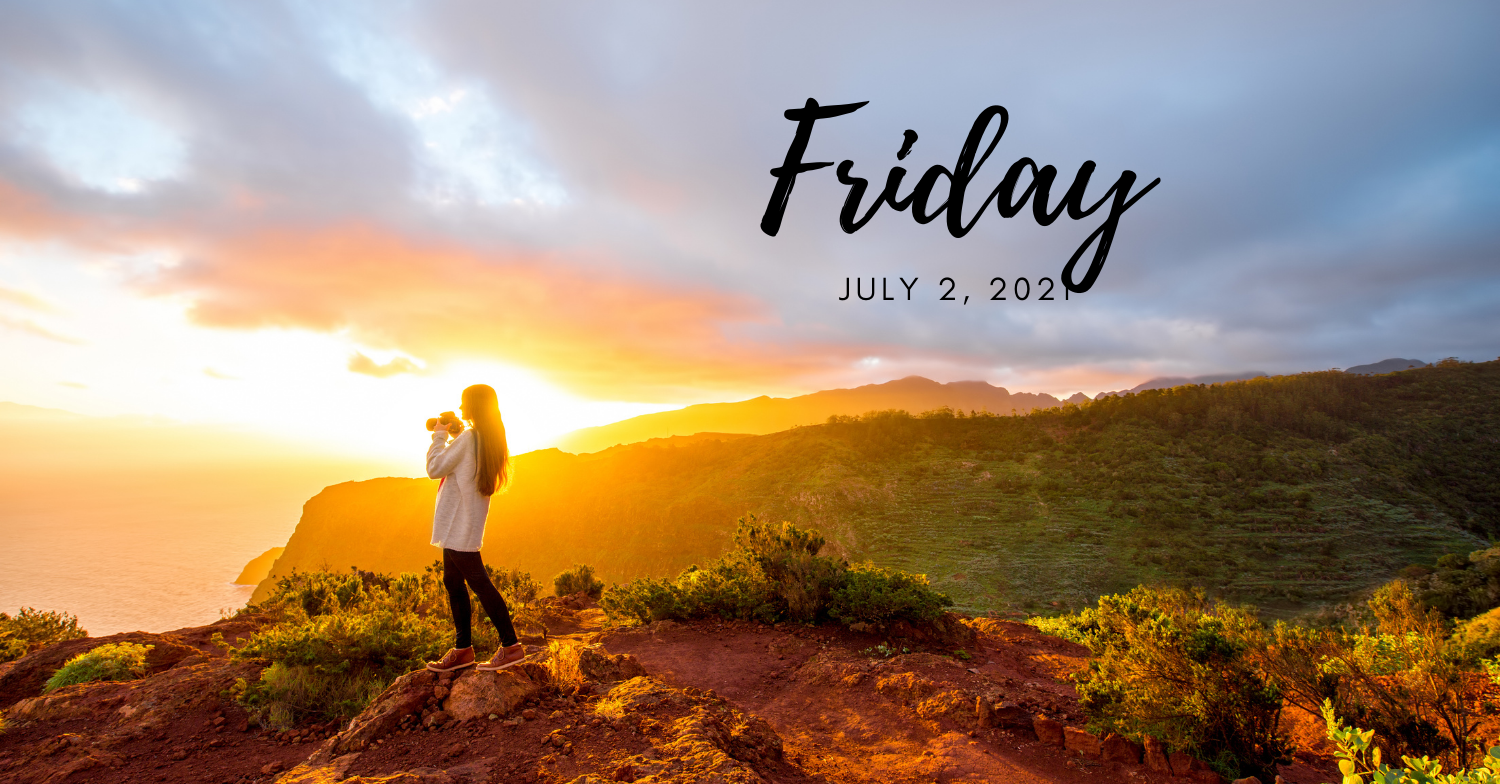 BREAKING: Manhattan DA Cyrus Vance has charged The Trump Organization and its longtime CFO Allen Weisselberg with tax fraud, according to an indictment unsealed Thursday. https://t.co/fqF2qEsOJS

(CNN)The White House dove into damage control this week after reports of dysfunction and infighting in Vice President Kamala Harris' office, with the administration trying to stop a drama-filled narrative from taking hold, according to five people who spoke to CNN about the dynamics within Harris' office.

Record temperatures and large wildfires in western Canada have unleashed “fire-breathing” clouds and thousands of lightning strikes in a phenomenon that has bewildered meteorologists, according to reports.

The majority of the strikes across British Columbia were the result of pyrocumulonimbus clouds, which formed when the blazing heat and billowing smoke from the fires rise skyward, Business Insider reported. Read More

We discussed today how the term “triggering” itself can be triggering. Now, it appears that the racism task force for the National Archives has found the Archives themselves are triggering. The task force, created by National Archivist David Ferriero after the protests over the killing of George Floyd, released its report finding that the iconic Rotunda (containing the Declaration of Independence, Constitution, and the Bill of Rights) is a symbol of “structural racism” and should be countered with such reforms as staging dancing performances. It also found the emphasis and celebration of the Founders and Framers to be harmful.

For full disclosure, I have spoken repeatedly at the Archives and have long expressed the commonly held view of the Rotunda as one of the most beautiful and powerful spaces in the world.

That is not exactly the take of the Racism Task Force headed by Erica Pearson, Director, Office of Equal Employment Opportunity and Ovnelle Millwood, Director of Workforce Strategy and Analysis. The task force found the Rotunda to be one of three examples of structural racism: “a Rotunda in our flagship building that lauds wealthy White men in the nation’s founding while marginalizing BIPOC, women, and other communities.”  The task force called for “reimagining” the space to be more inclusive. Read More

Yesterday the House Select Committee on the Coronavirus held a hearing on strategies and efforts to combat COVID-19 vaccine hesitancy.

SAN FRANCISCO (AP) — California added five more states, including Florida, to the list of places where state-funded travel is banned because of laws that discriminate against members of the LGBTQ community, the state attorney general announced Monday.

“Make no mistake: We’re in the midst of an unprecedented wave of bigotry and discrimination in this country — and the State of California is not going to support it,” Bonta said. Read More

Microsoft's Windows 11 is officially announced. After weeks of teases and leaks, Microsoft showed us all of the UI changes that are coming — including a new Start menu, an updated Windows store, Microsoft Teams, and the ability to download Android apps like TikTok via the Amazon Appstore. Read more: https://bit.ly/3w39duF