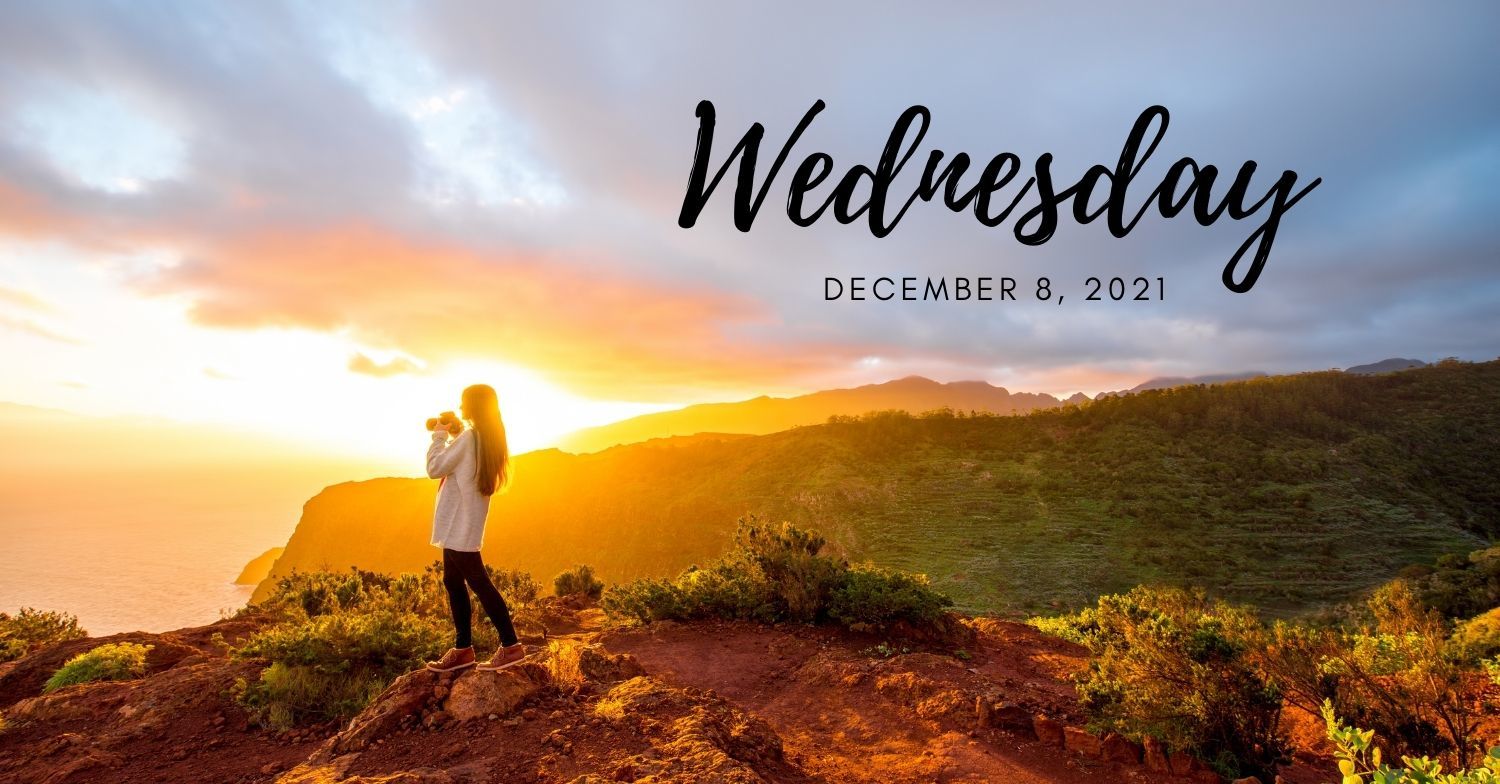 * AG Says Netanyahu Endangered Democracy, 'We Pulled Through By The Grace Of God'

Rep. Devin Nunes (R-CA), who was in line to chair the powerful House Ways and Means committee if the GOP takes back the House in 2022, announced that he is leaving Congress in December to become CEO of former President Donald Trump's media company.

WASHINGTON/MOSCOW, Dec 7 (Reuters) - President Joe Biden warned Russian President Vladimir Putin on Tuesday that the West would impose "strong economic and other measures" on Russia if it invades Ukraine, while Putin demanded guarantees that NATO would not expand farther eastward.

The two leaders held two hours of virtual talks on Ukraine and other disputes in a video call about U.S.-Russian relations, which have sunk to their lowest point since the end of the Cold War more than three decades ago, as Russia masses tens of thousands of troops on Ukraine's border.

Putin responded to the warning with a demand for reliable, legally binding guarantees against NATO expansion eastward and complained about NATO attempts to "develop" Ukrainian territory," the Kremlin said.

The White House said Biden did not make any guarantees to limit NATO expansion with regard to Ukraine.

AG Says Netanyahu Endangered Democracy, ‘We Pulled Through By The Grace Of God’ – TV

“President Biden voiced the deep concerns of the United States and our European allies about Russia’s escalation of forces surrounding Ukraine and made clear that the US and our allies would respond with strong economic and other measures in the event of military escalation,” the White House says in a statement after the video conference.         Read More

South African scientists say the Covid omicron variant significantly reduces antibody protection generated by Pfizer and BioNTech’s vaccine, although people who have recovered from the virus and received a booster shot will likely have more protection from severe disease, according to a small preliminary study released Tuesday.

Prof. Alex Sigal with the Africa Health Research Institute and a team of scientists tested blood samples of 12 people who had previously been vaccinated with the Pfizer/BioNTech vaccine. They were looking specifically at how well antibodies generated by the vaccine can neutralize the new variant — meaning block its ability to infect cells.

They found a 41-fold drop in the ability of the antibodies to neutralize the omicron variant compared with the original virus, a dramatic reduction from its performance against the original ancestral strain as well as other variants, according to a preprint of the study that hasn’t yet been peer-reviewed. Vaccine-induced antibodies dropped threefold in their ability to neutralize the earlier beta variant that previously dominated South Africa, suggesting omicron is much better at evading protection. Read More

That was the worn-down venue in Philadelphia where Donald Trump’s lawyer, Rudy Giuliani, launched the doomed effort to block Joe Biden’s win in the 2020 presidential election. The Giuliani group meant to book the Four Seasons hotel, but somebody goofed and Giuliani ended up spouting his familiar election lies in front of an industrial garage door plastered with Trump signs. The Trump effort to overturn the election never got any more professional than that.

Trump’s new media company, called the Trump Media & Technology Group, may suffer the same amateurish delusions. An “investor presentation” the company recently filed with the Securities and Exchange commission is provoking guffaws among business analysts, with laughable evasions and barely any business strategy. “It does feel like every public action by this company is designed give the impression that it is a joke,” Bloomberg analyst Matt Levine wrote on Dec. 7.

The oddest part of the TMTG presentation is the “technology team” listed on Slide 21. The company has apparently filled 30 important jobs already, but it only lists these team members with a first name and last initial. The chief technology officer is “Josh A.” “Steve E.” is VP of engineering. One of the senior mobile developers is “BJ.” Are these real people or stand-ins? We may never know: As a footnote explains: “personnel subject to change.” Read More

Vice President Kamala Harris gives remarks on the Maternal Health Day of Action about how the Biden-Harris Administration will reduce maternal mortality and morbidity.

An unusually powerful storm battered the Hawaiian islands Tuesday, leaving thousands without power and flooding streets across the archipelago.

The dangerous weather left tourists stranded, including several who canceled wedding plans, and some of the islands' most iconic beaches barren as the threat of dangerous flash floods, landslides and crashing tree limbs persisted. It also brought as much as 8 inches of snow atop some of the state's highest summits. The conditions forced Gov. David Ige to issue a state of emergency for all of the state’s islands Monday night.

Honolulu firefighters made about 90 rescues during the storm, including helping five children ages 9 and 10 in a raging creek. They also rescued an elderly woman trapped in a room by floodwaters, the fire department told Hawaii News Now. Read More

SANTIAGO, Chile — Lawmakers in Chile on Tuesday legalized same-sex marriage, a landmark victory for gay rights activists that underscores how profoundly the country’s politics and society have shifted in the past decade.

By overwhelming majorities in both chambers, lawmakers put the unions of same-sex couples on par with others, making Chile the 31st nation to allow gay marriage and taking a significant step toward consolidating it as the norm in Latin America.

The vote comes as Chile, long seen as a stable and conservative country in the region, grapples with an urgent demand for sweeping social change from various sectors of society. Millions of Chileans took to the streets in 2019 in protests that culminated in a vote to scrap the Constitution, a document inherited from Gen. Augusto Pinochet’s dictatorship, and rewrite the laws that frame the nation.

The moment of reckoning showed how out of touch the political class had been on a broad range of issues, including gay rights, said Rolando Jiménez, one of the leaders of Movilh, a leading gay rights organization in Chile. Read More

Pearl Harbor, Hawaii was attacked by Japanese forces 80 years ago. It’s a day of infamy marked by a death toll of more than 2,300.

BERLIN — Angela Merkel was assured of a place in the history books as soon as she became Germany's first female chancellor on Nov. 22, 2005.

Over the next 16 years, she was credited with raising Germany's profile and influence, working to hold a fractious European Union together, managing a string of crises and being a role model for women.

Now that near-record tenure is ending, with her leaving office at age 67 to praise from abroad and enduring popularity at home. Her designated successor, Olaf Scholz,  is expected to take office Wednesday.

Merkel, a former scientist who grew up in communist East Germany, is bowing out about a week short of the record for longevity held by her one-time mentor, Helmut Kohl, who reunited Germany during his 1982-1998 tenure. Read More