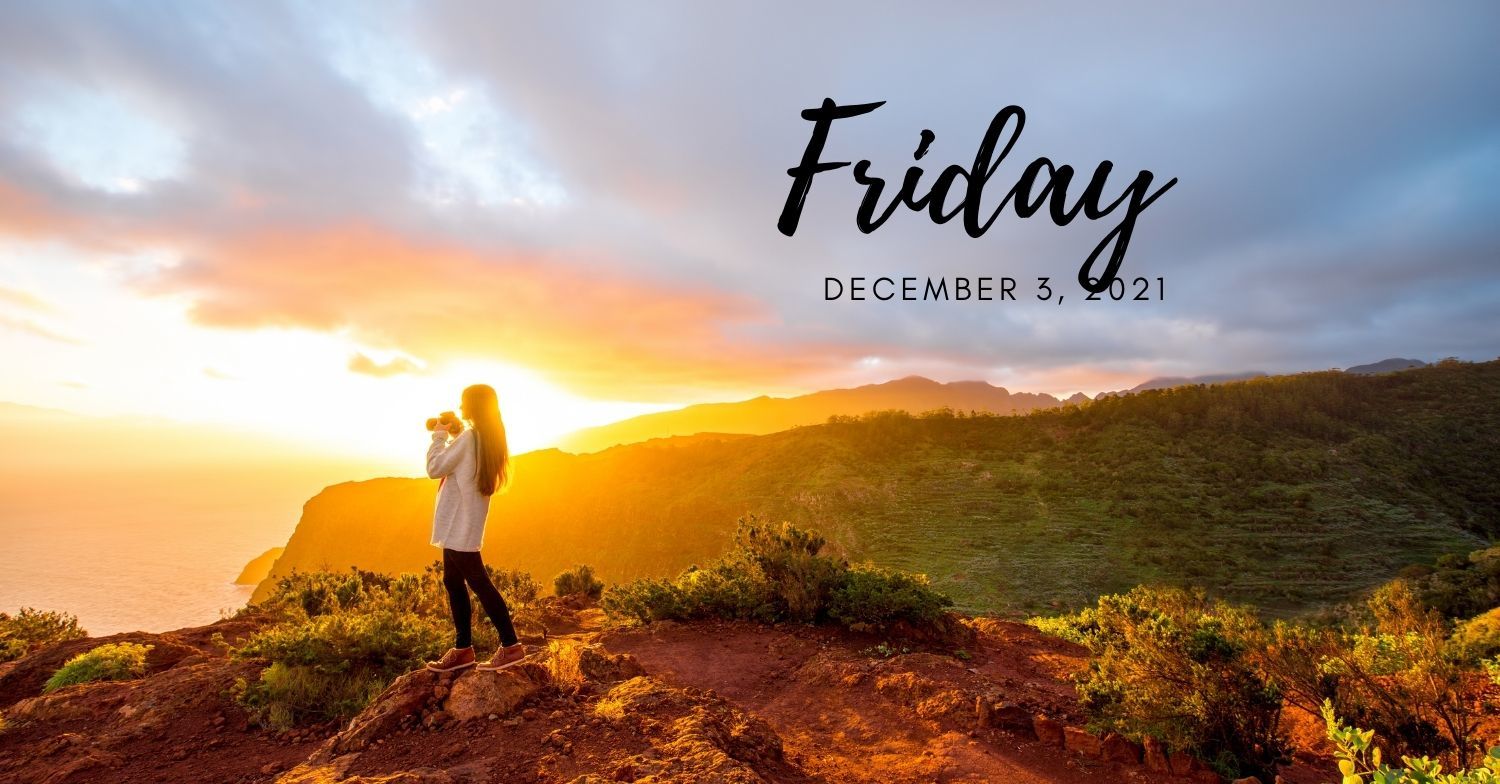 * WHO to Deploy Surge Team In South Africa's Gauteng

* Greece To Impose Monthly Fine On Unvaccinated Residents Over 60

President Joe Biden called on health providers to expand the availability of coronavirus vaccines and booster shots, aiming to combat a winter surge of infections -- and hold off the new omicron variant. Biden outlined a new strategy to curb the pandemic in a speech at the National Institutes of Health on Thursday, with cases rising in several states. He said his administration would also make free home Covid tests more available by requiring insurers to pay for them and “accelerate efforts to vaccinate the rest of the world.” “My plan I’m announcing today pulls no punches in the fight against Covid-19,” he said. He lamented that the virus has “been very divisive” among Americans, observing that “it’s become a political issue.”

The Metaverse will help advance the mainstream adoption of cryptocurrencies for payment transactions, but it won't be a game-changer, Frédéric Chesnais, chief executive of fintech company Crypto Blockchain Industries told a #ReutersNext panel

Our Journey Together is a beautiful photo book which covers President Donald J. Trump’s successful time in the White House—a must-have for all Patriots. Every photograph has been handpicked by the President, as has every caption in the book, including those that are handwritten by him. Relive the unforgettable moments of President Trump’s time in the White House: building the southern border wall; cutting America’s taxes; confirming almost 300 federal judges and 3 Supreme Court justices; rebuilding our military; creating Space Force; dealing with Kim Jong-Un, President Xi, President Putin, and many other world leaders; and battling liberals on two impeachment witch hunts!

Our Journey Together is now available for preorder, and books will start shipping in early December. SOLD OUT!!

The US Secretary of State, Antony Blinken addresses the meeting of NATO foreign ministers in Latvia. Blinken said that NATO remains fully committed to fighting against terrorism worldwide and the US will use all its capability to aid in their fight.

The Florida State Guard is a civilian-based volunteer force that DeSantis said would assist the National Guard during state-specific emergencies.

During a hurricane, natural disaster or other state emergency, civilians “trained in the best emergency techniques” could be called in through the Florida State Guard to help the Florida National Guard, DeSantis said.

He noted that Florida would be the 23rd state with a state guard recognized by the federal government.

The Florida State Guard has not been active since World War II. It was originally created as a replacement for the Florida National Guard while the guard was deployed overseas.

“I think Florida is in the minority of states that has allowed this to go defunct,” DeSantis said. “So we’re happy to be able to bring that back, and I think it’ll be something that’ll be good.” Read More

WHO To Deploy Surge Team In South Africa's Gauteng

If the eclipse bug has truly bitten you, then you won't be able to wait until the next North American total solar eclipse in 2024. Serious eclipse chasers may also have seen the total solar eclipses in South America on July 2, 2019, and in South America on December 14, 2020, and may be planning to see the next one in Antarctica on December 4, 2021. For those hardcore eclipse chasers, here is your vacation guide for a lifetime.-

Greece To Impose Monthly Fine On Unvaccinated Residents Over 60

ATHENS, Greece - Greek lawmakers on Wednesday approved legislation making vaccination for COVID-19 mandatory for all residents aged over 60, to deal with an infection surge and the emergence of the omicron variant.

The draft law backed by the center-right government and a center-left opposition party — but rejected by all other opposition parties — targets the country's age group that is most vulnerable to death or intubation from the coronavirus.

Some 17% of Greeks aged over 60 have not yet been vaccinated. They have until Jan. 16 to get their first jabs, or will be fined 100 euros ($113) for every month they remain unvaccinated.

Parties that opposed the measure said it was too harsh on low-income people who don't want to be inoculated.

Prime Minister Kyriakos Mitsotakis said he reluctantly proposed the measure due to "implacable" facts: Nine in 10 Greeks who die of COVID-19 are aged over 60; Seven in 10 intubated patients in intensive care units belong to the same age group, and more than eight in 10 of those have not been vaccinated.

Mitsotakis said during the debate that the 17% of unvaccinated people over 60 "is too big a percentage to ignore."  Read More

Germany announced a series of tough new restrictions targeting people who have not been vaccinated against Covid-19, outgoing Chancellor Angela Merkel announced Thursday, the latest country to crackdown on vaccine holdouts to combat soaring coronavirus cases and ease the burden on overwhelmed hospitals.

US Defense Secretary Lloyd Austin has revealed the penalties that National Guard members might face if they refuse vaccination against Covid-19, giving soldiers an ultimatum that could affect their pay.

In a Tuesday memo, Austin restated his claim that vaccination is “essential to the health and readiness of the Force,” and ordered the establishment of “policies and implementation guidance to address the failure to maintain this military medical readiness requirement by members of the non-federalized National Guard who remain unvaccinated.”

The penalties Austin outlined included a ban on participation in training and drills for unvaccinated state National Guard members and a withdrawal of federal funding for “payment of duties” to those who refuse the vaccine.

Additionally, Austin stated that “no credit or excused absence shall be afforded to members who do not participate [in] drills, training, or other duty due to failure to be fully vaccinated against COVID-19.”

The Pentagon has been engaged in a standoff with the Oklahoma state National Guard since Governor Kevin Stitt requested in November that his state’s Guard be exempt from vaccine requirements. The request was rejected this week. Read More

Dr. John Brownstein speaks on the severity of the omicron variant after two cases are confirmed in the United States, and offers advice on how we can avoid a massive surge.

According to the bill, also called  H. R. 550, the government would provide $400 million in taxpayer dollars to fund “immunization system data modernization and expansion,” a system otherwise defined as “a confidential, population-based, computerized database that records immunization doses administered by any health care provider to persons within the geographic area covered by that database.”

The text specifically outlines an expansion of Centers for Disease Control and Prevention (CDC) and Public Health Department capabilities and the ability for state and local health departments, as well as public and private health care providers, to share health data with the federal government.

In a statement, the bill’s main sponsor, Democrat Rep. Ann Kuster (NH), said the system would be used to “remind patients when they are due for a recommended vaccine” and identify areas with low vaccination rates to “ensure equitable distribution of vaccines.” Notably, the bill has four Republican co-sponsors: Reps. Larry Bucshon (R-IN), James Baird (R-IN), David McKinley (R-WV), and Brian Fitzpatrick (R-PA). Not one Democrat voted in opposition to the bill.

Rep. Mary Miller (R-IL), who was one of the 130 Republicans to vote “no,” told Breitbart News exclusively on Wednesday that the legislation would enable the federal government to “track” unvaccinated Americans who “will be targeted and forced to comply with Biden’s crazy ‘global vaccination’ vision.” Read More