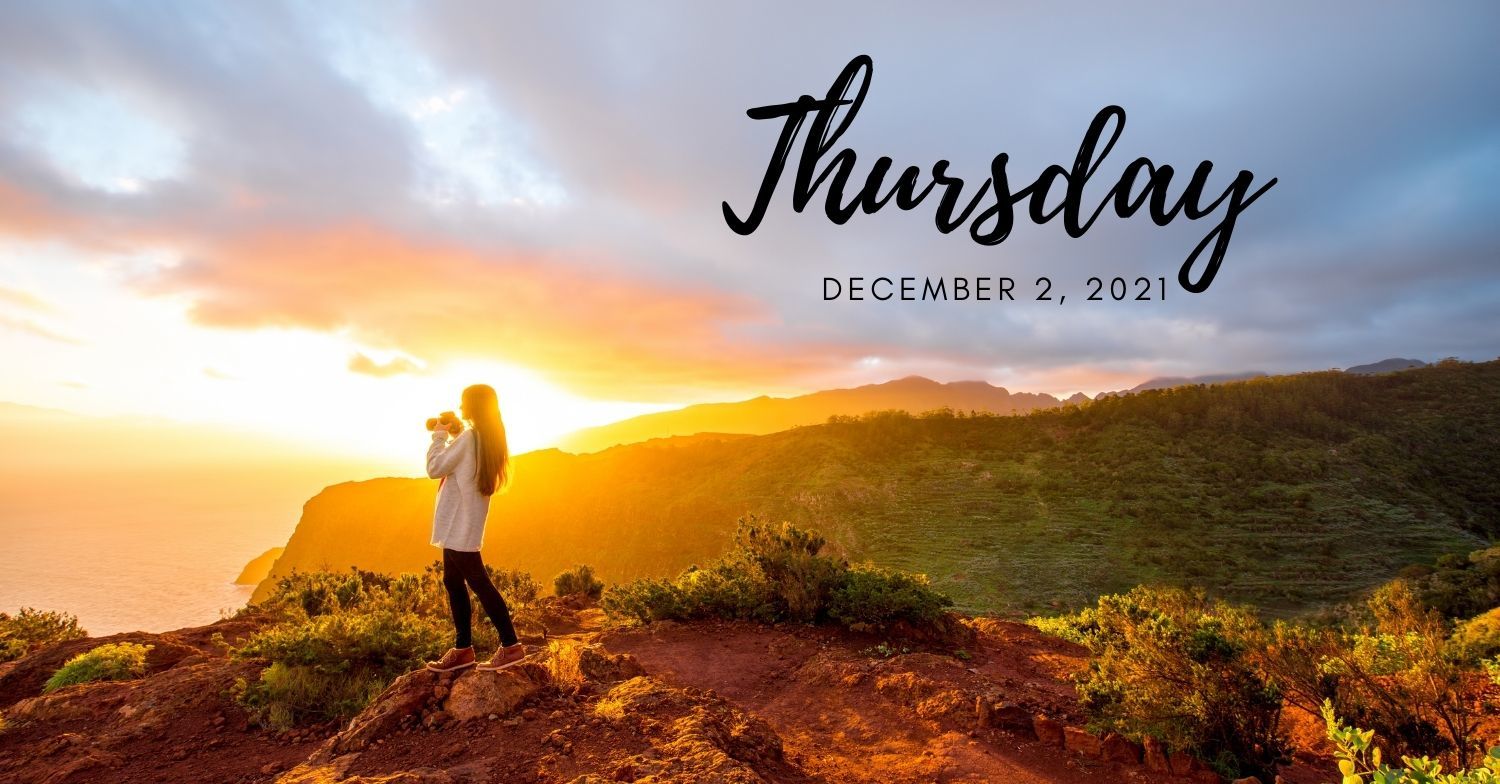 * 'It Does Sound Like Roe V Wade Will Be Overturned:' Legal Expert

* First Omicron Case in The U.S. Detected In San Francisco

The World Health Organization expects to have more information on the transmissibility of the new Omicron variant of the coronavirus within days, its technical lead on COVID-19, Maria van Kerkhove, said in a briefing.

TALLAHASSEE, Fla. - Churches and other religious institutions couldn’t be stopped from packing the pews during future health crises under a measure that started moving forward Tuesday in the Florida Senate.

The Senate Military and Veterans Affairs, Space and Domestic Security Committee backed a measure (SB 254) intended to shield religious services from being shut down because of state emergency orders. The proposal came after high-profile disputes in various parts of the country about shuttering churches during the COVID-19 pandemic.

Bill sponsor Jason Brodeur, R-Sanford, said the proposal wouldn’t preclude religious leaders from acting on their own to conduct services virtually during a crisis, but he thinks more people want the in-person experience.

"If you think about the act of going to a house of worship, for most, it functions very much like a restaurant," Brodeur said. "If you wear a mask on the way in, once you're seated, that's kind of where you're sitting. And so, for folks, during a pandemic, a place of worship may be the most essential service that they can have, more so than a grocery store or movie theater or restaurant." Read More

‘It Does Sound Like Roe v. Wade Will Be Overturned:’ Legal Expert

First Omicron Case In The U.S. Detected In San Francisco

The first case of Omicron variant in the country was detected in San Francisco, officials confirmed Wednesday. City Mayor London Breed and health officials say there will be no changes in health measurements but encourage residents to continue to be cautious.

World Health Organization member states agreed on Wednesday to begin the process of creating and drafting an accord that would improve pandemic response and preparedness.

The World Health Assembly, which includes delegations from WHO member nations, convened for a special session and decided to start the process of creating an international agreement to focus on pandemic preparedness, which would be negotiated and drafted by an "intergovernmental negotiating body," according to WHO.

The intergovernmental body tasked with creating and developing the accord will meet once by March 1, 2022 and a second time by Aug. 1., 2022.

"The COVID-19 pandemic has shone a light on the many flaws in the global system to protect people from pandemics: the most vulnerable people going without vaccines; health workers without needed equipment to perform their life-saving work; and 'me-first' approaches that stymie the global solidarity needed to deal with a global threat," WHO Director-General Tedros Adhanom Ghebreyesus said in a statement.

"But at the same time, we have seen inspiring demonstrations of scientific and political collaboration, from the rapid development of vaccines, to today's commitment by countries to negotiate a global accord that will help to keep future generations safer from the impacts of pandemics," he added.

The news comes as the WHO and nations are trying to tackle a new strain of COVID-19, which the international organization last month called a "variant of concern." Read More

The first accuser testifying in court against Ghislaine Maxwell said she was introduced to former President Donald Trump and Prince Andrew while being trafficked by Maxwell and the late sex offender financier Jeffrey Epstein, though she did not accuse the two men of committing crimes.

Gauteng has already entered its fourth wave of Covid-19 infections, says Professor Shabir Madhi, the dean of the Faculty of Health Sciences and professor of vaccinology at the University of the Witwatersrand.

Madhi told Health24 that this was based on the province's positivity rate of 19%. The positivity rate refers to the percentage of all Covid-19 tests that come back positive.

Gauteng accounted for 72% of new Covid-19 cases on 30 November, according to the National Institute for Communicable Diseases (NICD).

"Other provinces are likely to follow in the next three to four weeks," he said.

According to Madhi, one can determine whether a country or province has entered a new wave when the positivity rate is greater than 10% for at least two consecutive weeks. Read More

The Biden administration plans to tighten travel rules to combat the omicron variant of the coronavirus, by requiring all air travelers to the U.S. to be tested within a day of their departure regardless of vaccination status, according to a person familiar with the matter. President Joe Biden plans to announce the new requirements on Thursday in a speech detailing his plan to contain the pandemic through the winter. Currently, vaccinated travelers must get tested within three days of boarding their flight to the U.S.; under the change, that would be cut to one day. The U.S. last week imposed travel restrictions that bar arrivals from foreign nationals who have been in any of eight southern African nations in the past 14 days. The administration hasn’t said how long those measures will be in place.

The Centers for Disease Control and Prevention may tighten COVID-19 testing requirements for travelers coming into the U.S. with cases of the Omicron variant reported in at least 20 countries and territories. "CBS Mornings" lead national correspondent David Begnaud reports how scientists are working to understand the new strain, and Dr. Susannah Hills, a pediatric airway surgeon and assistant professor at Columbia University Medical Center, joins CBSN to discuss the latest on the pandemic.

Now scientists at the University of Vermont, Tufts University, and the Wyss Institute for Biologically Inspired Engineering at Harvard University have discovered an entirely new form of biological reproduction—and applied their discovery to create the first-ever, self-replicating living robots. The same team that built the first living robots (“Xenobots,” assembled from frog cells—reported in 2020) has discovered that these computer-designed and hand-assembled organisms can swim out into their tiny dish, find single cells, gather hundreds of them together, and assemble “baby” Xenobots inside their Pac-Man-shaped “mouth”—that, a few days later, become new Xenobots that look and move just like themselves.-

Residents of SA’s richest province and the nation’s Omicron epicentre are rushing to get vaccinated, driving up national inoculation rates that were languishing before the sequencing of the new coronavirus variant.

SA administered 175,395 shots in the last 24 hours, a 5.6% increase from Monday and 41% higher than the same period on Thursday, the day the nation’s scientists announced discovery of the troubling new strain. Almost a third of the inoculations were in Gauteng, the country’s most populous province.

The debate over whether to make vaccines obligatory for various public places is picking up pace as Omicron takes hold in the country, which has fully inoculated about a third of its adult population.  Read More