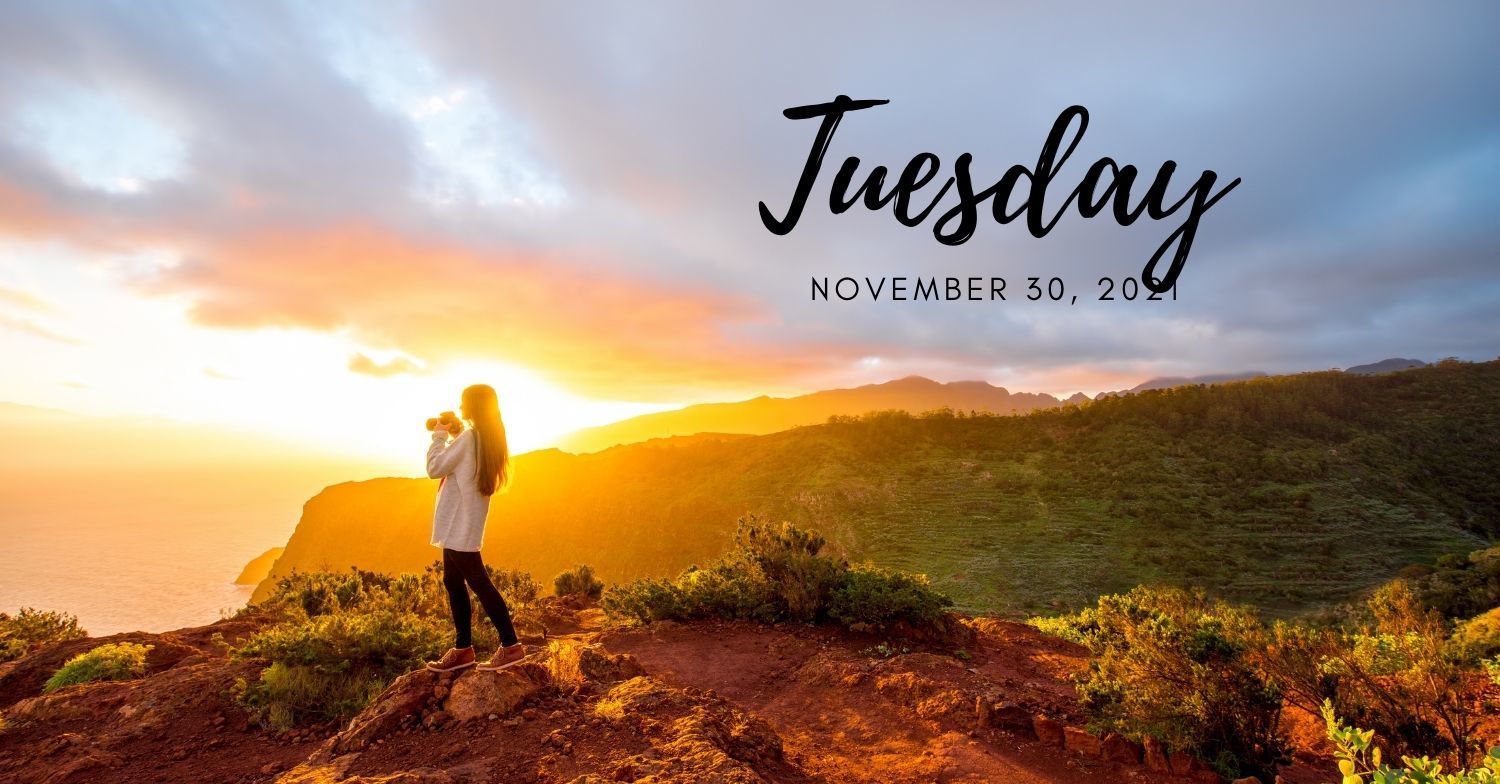 * Omicron Symptoms:  What Are They, And How Do They Compare To Other COVID Infections?

* No Vax, No Food/Fuel In India- Food Withheld To Force Vaccinations

* WEF Explainer: This Is How Scientists Detect New Variants Of Covid-19

On November 29, 2021, the President’s Council of Advisors on Science and Technology (PCAST) will meet to discuss various aspects of biomanufacturing, the Federal science and technology workforce, and the National Nanotechnology Initiative. The meeting will be livestreamed on this link and the PCAST website.

Omicron Symptoms: What Are They, And How Do They Compare To Other COVID Infections?

Early findings suggest Omicron is more transmissible - but a doctor who was among the first to spot it says none of her patients have needed hospital treatment. However, with a fairly young population in South Africa, that may not be the case for other countries.

A South African doctor who was one of the first to suspect a different coronavirus strain has said that symptoms of the Omicron variant appear to be mild and could be treated at home.

Dr Angelique Coetzee, a private practitioner and chair of South African Medical Association, told Reuters that on 18 November she noticed seven patients at her clinic who had symptoms different from the dominant Delta variant, albeit "very mild". Read More

Tedros Adhanom Ghebreyesus, was addressing the start of a special three-day meeting of the organisation’s governing body in Geneva on Monday, amidst a global alert over the new strain, arguing that greater international cooperation is essential to preserve “hard won gains” against the virus.

The World Health Assembly meeting was convened to decide on the issue of a so-called “pandemic treaty”.

Tedros said the world has not responded accordingly to COVID-19, and vaccine inequity, among other challenges, has facilitated the appearance of new highly mutated variants such as Omicron.

“Omicron demonstrates just why the world needs a new accord on pandemics: our current system disincentivizes countries from alerting others to threats that will inevitably land on their shores”, said the WHO Director General.

Tedros underscored that South Africa – where Omicron was first identified just days ago - should be thanked for detecting, sequencing and reporting the new variant, and not penalized, referring to the current travel bans many countries are imposing on the African nation and its neighbours.

The UN Secretary-General also expressed his deep concern on Monday for the isolation now being felt by southern African countries due to the new restrictions imposed on travel from the region, by dozens of nations across the world. Read More

No Vax, No Food/Fuel in India - Food Withheld To Force Vaccinations

"Police won't enforce the mandates!" ... but they won't need to, as groceries and fuel are being withheld from those who fail to get their shots in Aurangabad, India. As Henry Kissinger warned, "Control food, and you control people." Christian breaks down this development and the plan to incrementally restrict access to food and basic services everywhere. Protests aren't helping; instead, build gardens, new healthcare, energy, and communications systems, and GET OFF the toxic systems of control.

BREAKING: Biden Says 'No New Lockdowns' If Everyone Wears A Mask And Gets Vaccinated

President Joe Biden spoke to the American public on Monday morning to address the new Omicron variant of COVID-19, first discovered in South Africa. He touted his administration's quick action in shutting down travel from several African countries, but also advised the public not to panic.

"If people are vaccinated and wear their mask, there's no need for lockdown," Biden said in response to a reporter's questions about any impending societal shutdowns.

He used his platform on Monday, with Dr. Anthony Fauci hovering in the background, to outline three main points.

"First," Biden said, "this variant is a cause for concern, not a cause for panic." In support of his "don't panic" perspective, he spoke positively of the vaccines. Biden told everyone to get vaccinated, to get their kids vaccinated, and to also get a third shot of the vaccine in a booster shot. Read More

The UK's Joint Committee on Vaccination and Immunisation holds a press briefing on the Omicron variant of COVID-19.

The Omicron variant was identified six days ago, initially in Botswana. Infections have been detected in South Africa, Israel, Hong Kong, Belgium, and the UK. So far, the spreading of the heavily mutated variant of the Coronavirus has resulted in a stark warning from one top medical official.

On Saturday, Frank Ulrich Montgomery, chairman of the global physicians' society of the World Medical Association (WMA), told German reporters that he believes Omicron could become as dangerous as the Ebola virus.

Montgomery said, "the fastest and best thing to do is contact restrictions. We must avoid any form of crowd in the coming weeks. We should therefore close the Christmas markets nationwide."

He emphasized the importance of not giving the virus "a chance to mutate by preventing every possible infection."

"The new South African variant is a good example of this. We don't yet know anything about its dangerousness - but it seems to be spreading rapidly. My great concern is that it could lead to a variant that is as infectious as Delta and as dangerous as Ebola. The fewer infections we allow, the better."

Montgomery said it may be necessary to keep "vaccinating the world for years" to come, adding that "only vaccination helps."  Read More

Jack Dorsey is resigning from his role as CEO of Twitter, the social media platform he co-founded in 2006, he announced in a tweet on Monday.

"After almost 16 years of having a role at our company...from co-founder to CEO to Chair to Exec Chair to interim-CEO to CEO...I decided its finally time for me to leave," Dorsey wrote. "Why? There's a lot of talk about the importance of a company being 'founder-led.' Ultimately I believe that's severely limiting and a single point of failure. I've worked hard to ensure this company can break away from its founding and founders."

not sure anyone has heard but,

WEF Explainer: This Is How Scientists Detect New Variants Of COVID-19

Scientists in South Africa have discovered a small number of cases of a new COVID variant. They’re working to understand its potential implications but told a news conference that it had a ‘very unusual constellation’ of mutations.

They’re concerned that they could help it evade the body’s immune response and make the variant - named B.1.1.529 - more transmissible.

These scientists are part of a global network of government scientists and academics searching for new strains of COVID-19, like this and other previous variants - like Delta.

So how do scientists identify and track new COVID variants as they arise?

Viruses are microscopic parasites that can’t survive for long outside the body of a host animal. As living organisms, they are much smaller than bacteria – the polio virus, for example, is 10,000 times smaller than a grain of salt.

This allows them to mutate into new forms. In the case of SARS-CoV-2, the virus that causes COVID-19, scientists have so far identified four variants that have been classified as being of concern because they spread more easily, are more virulent or resistant to vaccines. Read More

The heavily mutated Omicron coronavirus variant is likely to spread internationally and poses a very high risk of infection surges that could have ‘severe consequences’ in some places, the World Health Organization said.