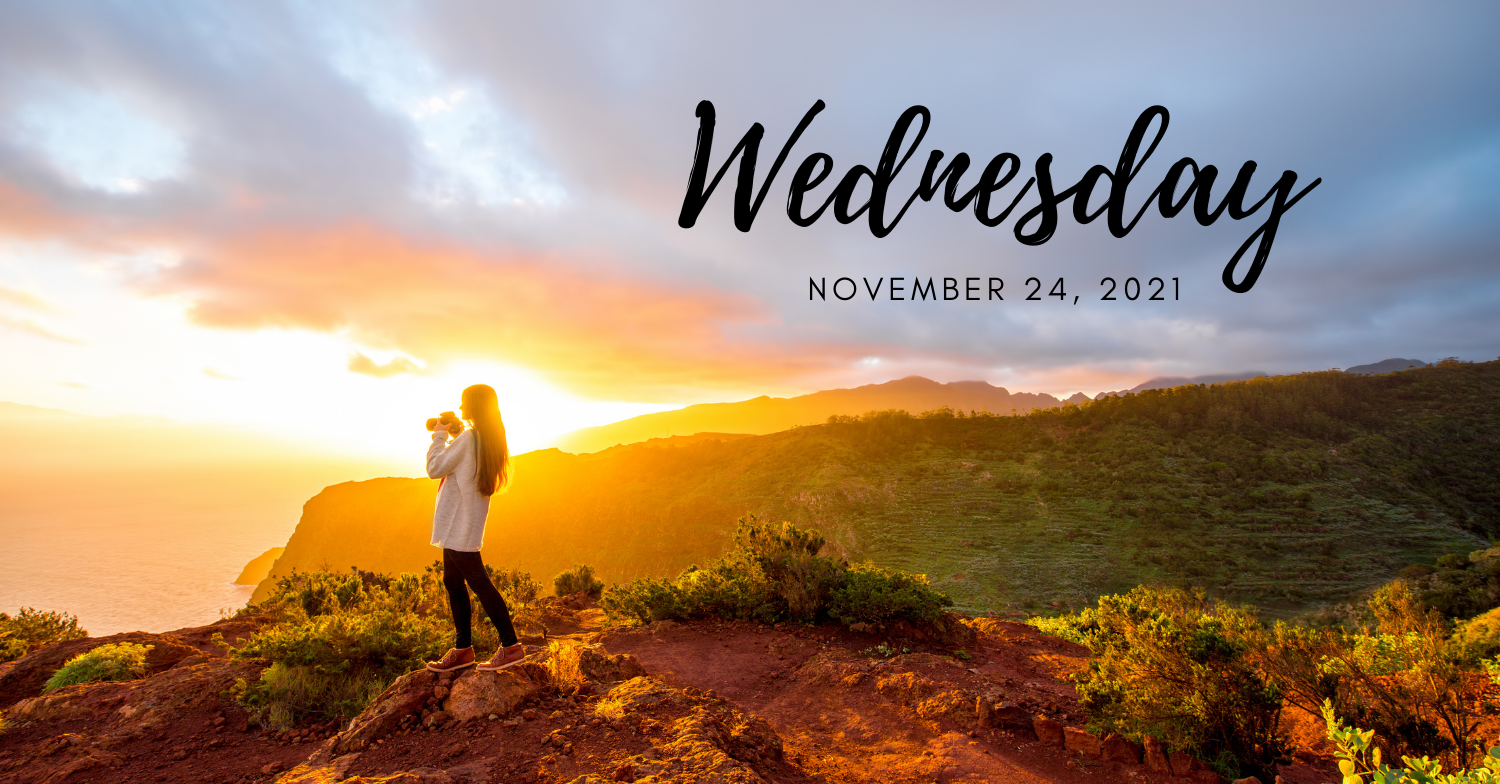 * Europe And Central Asia Could Suffer Another 700,000 COvid Deaths By Spring As Infections Soar, WHO SAYS

* India Plans Law That Will Prohibit 'All Private Cryptocurrencies, With 'Certain Exceptions'

* CVS, Walmart And Walgreens Are Responsible For Roles in Opioid Crisis, Jury Finds

* Fighting Gas Prices, US To Release 50 Million Barrels Of Oil

* The Dust Has Arrived

Several hundred Google employees have signed and circulated a manifesto opposing the company’s vaccine mandate, posing the latest challenge for leadership as it approaches key deadlines for returning workers to offices in person.

The Biden administration has ordered U.S. companies with 100 or more workers to ensure their employees are fully vaccinated or regularly tested for Covid-19 by Jan. 4. In response, Google has asked its more than 150,000 employees to upload their vaccination status to its internal systems by Dec. 3, whether they plan on coming into the office or not, according to internal documents viewed by CNBC. The company has also said that all employees who work directly or indirectly with government contracts must be vaccinated -- even if they are working from home.

“Vaccines are key to our ability to enable a safe return to office for everyone and minimize the spread of Covid-19 in our communities,” wrote Chris Rackow, Google VP of security, in an email sent near the end of October. Read More

Europe And Central Asia Could Suffer Another 700,000 Covid Deaths By Spring As Infections Soar, WHO Says

Europe and Central Asia could reach more than 2.2 million total Covid-19 deaths by next March as countries battle a surge of the highly transmissible delta variant, the World Health Organization’s office for the region wrote in a statement released Tuesday.

The forecast for the months ahead comes as the 53-country region passes 1.5 million Covid deaths, with the virus now becoming the leading cause of death in both Europe and Central Asia, the WHO’s Europe branch said. The region is currently experiencing nearly 4,200 deaths per day, twice the daily deaths recorded at the end of September, the statement noted.

India Plans Law That Will Prohibit ‘All Private Cryptocurrencies,’ With ‘Certain Exceptions’

India plans to introduce, evaluate and enforce a bill to prohibit “all private cryptocurrencies” in the country, according to a legislative agenda for the winter session.

The Indian government said Tuesday evening that the proposed law will permit “certain exceptions” to promote the underlying technology of cryptocurrency and its applications.

The bill — called Cryptocurrency & Regulation of Official Digital Currency Bill 2021 — will also create a “facilitative framework” for the creation of the official digital currency for the country, the legislative agenda adds.

It’s worth pointing out that the description of the bill is identical to the one New Delhi listed for the previous parliamentary session earlier this year. The winter session of the parliament starts November 29.

Lawmakers in India have for several quarters been discussing risks of cryptocurrency trading and trialing a central government-backed digital currency. Read More

Israel began rolling out Pfizer/BioNtech COVID-19 vaccinations for 5- to 11-year-olds hoping to beat down a recent rise in coronavirus infections.

CVS, Walmart And Walgreens Are Responsible For Roles In Opioid Crisis, Jury Finds

CLEVELAND — Three retail pharmacy chains recklessly distributed massive amounts of pain pills in two Ohio counties, a federal jury said Tuesday in a verdict that could set the tone for U.S. city and county governments that want to hold pharmacies accountable for their roles in the opioid crisis.

The counties blamed pharmacies operated by CVS, Walgreens and Walmart for not stopping the flood of pills that caused hundreds of overdose deaths and cost each of the two counties about $1 billion, their attorney said.

This was the first time pharmacy companies had completed a trial to defend themselves in a drug crisis that has killed a half-million Americans over the past two decades. How much the pharmacies must pay in damages will be decided in the spring by federal judge.

Lake and Trumbull counties were able to convince the jury that the pharmacies played an outsized role in creating a public nuisance in the way they dispensed pain medication into their communities. Read More

Fighting Gas Prices, US To Release 50 million Barrels Of Oil

WASHINGTON (AP) — President Joe Biden on Tuesday ordered a record 50 million barrels of oil released from America’s strategic reserve, aiming to bring down gasoline and other costs, in coordination with other major energy consuming nations including India, the United Kingdom and China.

The U.S. action is focused on helping Americans coping with higher fuel and other prices ahead of Thanksgiving and winter holiday travel. Gasoline prices are at about $3.40 a gallon, more than 50% higher than a year ago, according to the American Automobile Association.

“While our combined actions will not solve the problems of high gas prices overnight, it will make a difference,” Biden promised in remarks at the White House. “It will take time, but before long you should see the price of gas drop where you fill up your tank.”

The government will begin to move barrels into the market in mid- to late-December. Gasoline usually responds at a lag to changes in oil prices, and administration officials suggested this is one of several steps toward ultimately bringing down costs. Read More

Germany's Health Minister Jens Spahn reiterated a warning that the government can't exclude any measures, including another lockdown, as it tries to check the latest wave of Covid-19 infections.

A new report says that China’s apparent nuclear-capable hypersonic glide vehicle ejected some kind of payload while barreling through the atmosphere, in its much-discussed test this past summer. If true, this would indicate an intriguing new capability for this already novel weapon, albeit one the function of which is not entirely clear. You can read our original reporting on this ostensible milestone test here.

The Financial Times yesterday reported that China’s puzzling weapon test on July 27 included the presumed hypersonic glide vehicle launching some kind of payload over the South China Sea “as it approached its target traveling at least five times the speed of sound.”

Until now, reports had described a glide vehicle of the type intended to travel into space and traverse the globe in an orbital-like fashion before making its run through the atmosphere toward its target, what’s known as a Fractional Orbital Bombardment System, or FOBS. In this sense, it seemed to have much in common with certain Cold War-era concepts. FOBS offers key advantages in that it can launch strikes from the opposite direction that a large amount of existing early warning infrastructure is aimed at, doing so in a flight profile that is lower than what those systems are geared to provide early warning for. Read More

The | Dust Has Arrived..

Neighborhoods are seeing dust that wont go away. military Technology being Deployed