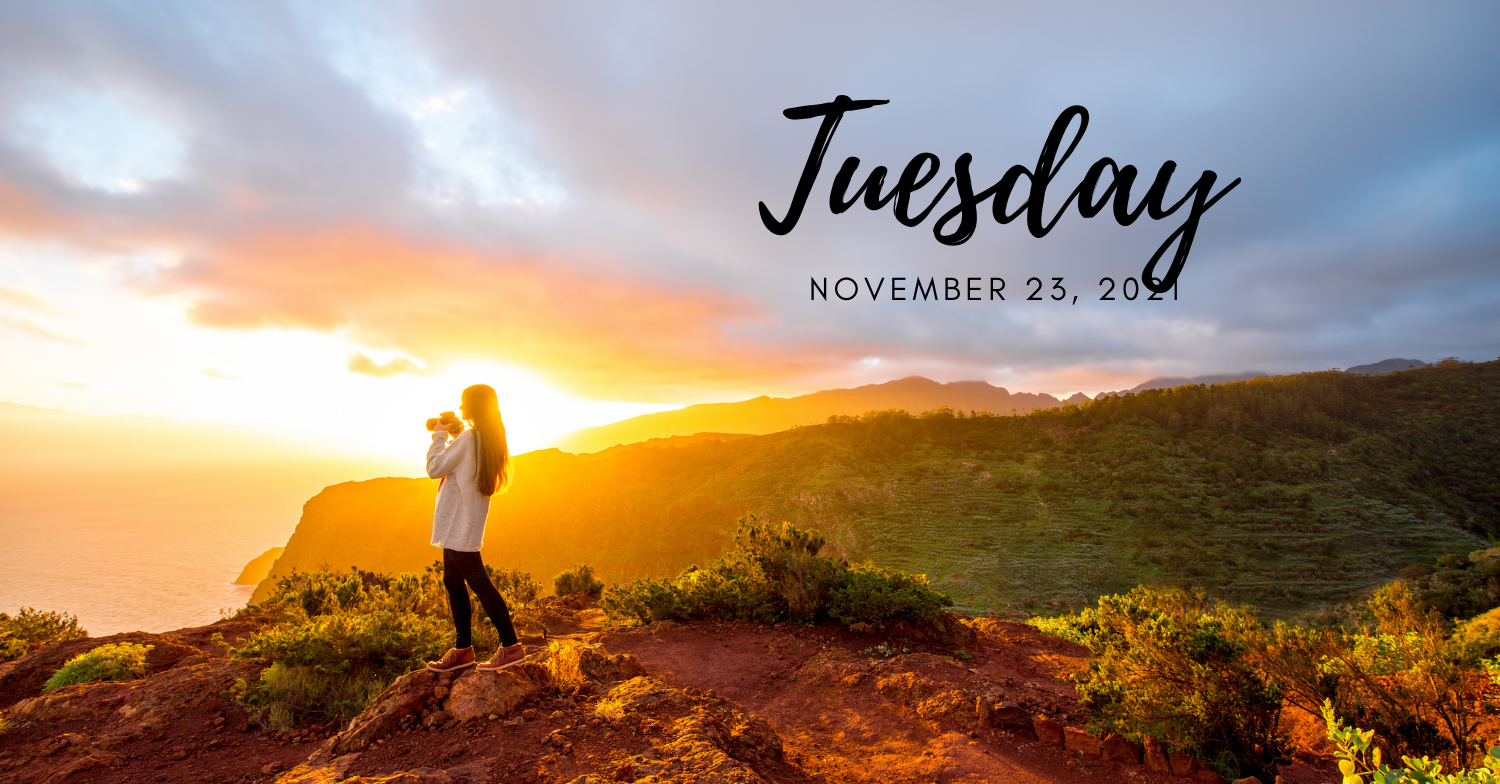 * We All Must Go To Peppa Pig World, Says UK PM Johnson In Speech Flap

* 'Vaccinated, Recovered Or Dead': Europe Fights Covid Wave- And Itself

* After Jerusalem Killing And 50 Terror Arrests, Lapid Urges Turkey To Shut Down Hamas

* Dr. Fauci On Potential Winter Surge As Covid Cases In US Rise Nearly 30% Over Past Two Weeks

* What Is Happening In New Zealand, Then Fun & Prizes

New Zealand is set to introduce a new "traffic light" system that will significantly ease restrictions for vaccinated people from December 3.

Prime Minister Jacinda Ardern announced Monday that the entire country, including Auckland, will move into the new framework which will be based on vaccine certificates.

Ardern urged people to download the vaccine certificate, which will become critical for people to move around freely.

"Vaccine passes will operate in the traffic light system and if you aren't vaccinated then you won't be able to access a range of services," Ardern said.
"The hard truth is that Delta is here and it is not going away. And while no country has been able to eliminate Delta completely once it's arrived, New Zealand is better positioned than most to tackle it because of our high vaccination rate and the inbuilt safety measures in the traffic light system."

The announcement has been highly anticipated, especially for Aucklanders who have been living under strict lockdown measures since August, after the first community case of the Delta variant was found. Read More

We All Must Go To Peppa Pig World, Says UK PM Johnson In Speech Flap

LONDON, Nov 22 (Reuters) - British Prime Minister Boris Johnson was briefly left lost for words on Monday when he lost his place in notes during a speech before regaling business leaders with an anecdote about his recent visit to a Peppa Pig theme park.

Searching through his notes, Johnson sighed, said "blast it" and repeatedly muttered "forgive me" as he briefly interrupted his speech to the Confederation of British Industry in Port of Tyne, northern England.

He recovered, talking about technology "unicorns" and then a visit to Peppa Pig World, a park based on the children's animated TV show about an exuberant pink pig and her friends and family.

"Yesterday I went, as we all must, to Peppa Pig World," Johnson told the business executives. "I loved it. Peppa Pig World is very much my kind of place: it has very safe streets, discipline in schools." Read More

NASA is set to launch a spacecraft to test whether it can deflect an asteroid away from a potentially catastrophic collision with Earth.

Fortunately this asteroid is not a threat to Earth - but scientists including Stephen Hawking have described impact events as among the greatest threats facing humanity.

Take-off for the Double Asteroid Redirection Test (DART) mission is scheduled for Tuesday and the spacecraft is attached to its payload adapter in SpaceX's facility at the Vandenberg Space Force Base in California. It will be launched on top of a Falcon 9 rocket.

The DART spacecraft itself is roughly the size of a small car, and the mission is being supported by the Johns Hopkins Applied Physics Laboratory. Read More

Waukesha residents came together on Monday evening to pay their respects to those who lost their lives in the Christmas parade tragedy on Sunday.

"Our community is going to stick together and help each other heal during this process,” Jonathan Schoenfeldt, a Waukesha resident, told Fox News Digital at the vigil. “Everyone’s offering help to each other, whether that means just offering time to vent, through financial means, through material means, just people are here willing to help.”

The vigil was held at Cutler Park, just a block away from where a 39-year-old man plowed through a crowd in an SUV on Sunday, killing five people and injuring 48 others.

"The evil in whatever form will roll over everyone in whatever form it takes unless someone stands against it,” Terry Cartwright, chaplain for South Waukesha County Search and Rescue, said at the vigil. "You have to confront it. Only God can stop it. But we can confront it. That’s what we are supposed to do.”

"Even though there will be many painful nights ahead, and whether it is grieving the loss of a loved one, or healing from physical injuries, or recovering from extreme emotional pain, our presence says that we as a community will work together to help all heal,” Mayor Reilly told residents. Read More

‘Vaccinated, Recovered Or Dead’: Europe Fights Covid Wave — And Itself

BRUSSELS — Austria went into a major lockdown on Monday to try to break the strong fourth wave of Covid spreading across Europe, while the German health minister, Jens Spahn, warned that by the end of this winter “just about everyone in Germany will probably be either vaccinated, recovered or dead.”

“Immunity will be reached,” Mr. Spahn said at a Berlin news conference. “The question is whether it’s via vaccination or infection, and we explicitly recommend the path via vaccination.”

European governments are toughening their measures against Covid in the face of soaring infection rates — more than two million new cases each week, the most since the pandemic began — and popular resistance, with violent protests over the weekend in numerous countries. Read More

German Chancellor Angela Merkel said boosting vaccination rates will not be enough to contain soaring coronavirus infections across the country, Bloomberg reported, calling for tough action as countries across Europe come down hard on the unvaccinated and prepare drastic measures to smother the outbreak.

Climate change is taking a toll on Utah's Great Salt Lake, rendering it “a puddle of its former self,” according to a new report published in the Salt Lake Tribune.

Despite still being depicted on most maps in its former glory, the lake has shrunk dramatically and now holds only half as much as its historical average, the paper reported. Utah is one of several Western states experiencing extreme drought conditions that researchers have linked to climate change, and in July the lake’s water level hit a new low.

In the West, water issues have long been a part of the political landscape, and in September, Rep. Blake Moore and Sen. Mitt Romney, both Utah Republicans, introduced legislation to spend $25 million to monitor the water system that feeds the Great Salt Lake.

“Its water levels are at their lowest in recorded history, leading to a loss of habitat, decreased water flows, and air quality issues,” Moore said in a press release. “Unfortunately, saline lakes in Great Basin states are facing these same challenges.”

Climate change is a major driver behind the rate at which the Great Salt Lake is disappearing, but human diversion of tributaries that empty into it has also affected its water level. The result, according to the Salt Lake Tribune, is that more shoreline is now being exposed, threatening the brine shrimp that live in what remains of the lake and the birds that rely on them for food.  Read More

Coastal towns in La Palma have been locked down, as lava flowing from the Cumbre Vieja volcano is flowing into the ocean. Thick clouds of gas have been released into the sky, and soldiers from the Military Emergency Unit were deployed to measure air quality in the area.

After Jerusalem Killing And 50 Terror Arrests, Lapid Urges Turkey To Shut Down Hamas

Foreign Minister Yair Lapid on Monday demanded Turkey shut down the offices of the Hamas terror group operating in the country after Israel announced the arrests of a sophisticated 50-member West Bank cell being directed from Istanbul.

“Hamas’ offices in Istanbul will be shut down. We must prevent these heinous acts of terrorism against Israeli citizens everywhere and under any conditions,” Lapid said, a day after another Hamas terrorist carried out a deadly terror shooting in Jerusalem.

He urged other nations to follow the example of the United Kingdom, which announced last week that it intended to ban Hamas in its entirety and stop differentiating between its political and military wings. Read More

Chile’s right wing have claimed a jubilant victory after José Antonio Kast, a former congressman with a history of defending the Pinochet dictatorship, secured a surprise win in the first round of the country’s presidential election.

Kast, who campaigned on a platform of public order, migration controls and conservative social values, confounded expectations to take 28% of the vote and beat the progressive former student leader Gabriel Boric by two percentage points.

The two will face off in a second-round repechage on 19 December.

“I would like to thank God and my family,” Kast announced to rapturous applause on Sunday night in a leafy square in one of Santiago’s wealthiest neighbourhoods. “Chile deserves peace and freedom – and that’s what we’re going to give you.” Read More

COVID cases in the U.S. are rising ahead of Thanksgiving. President Biden's chief medical adviser Dr. Anthony Fauci joins "CBS Mornings" to discuss potential winter surges, how to stay safe during the holiday and boosters for all adults.

What Is Happening In New Zealand, Then Fun & Prizes