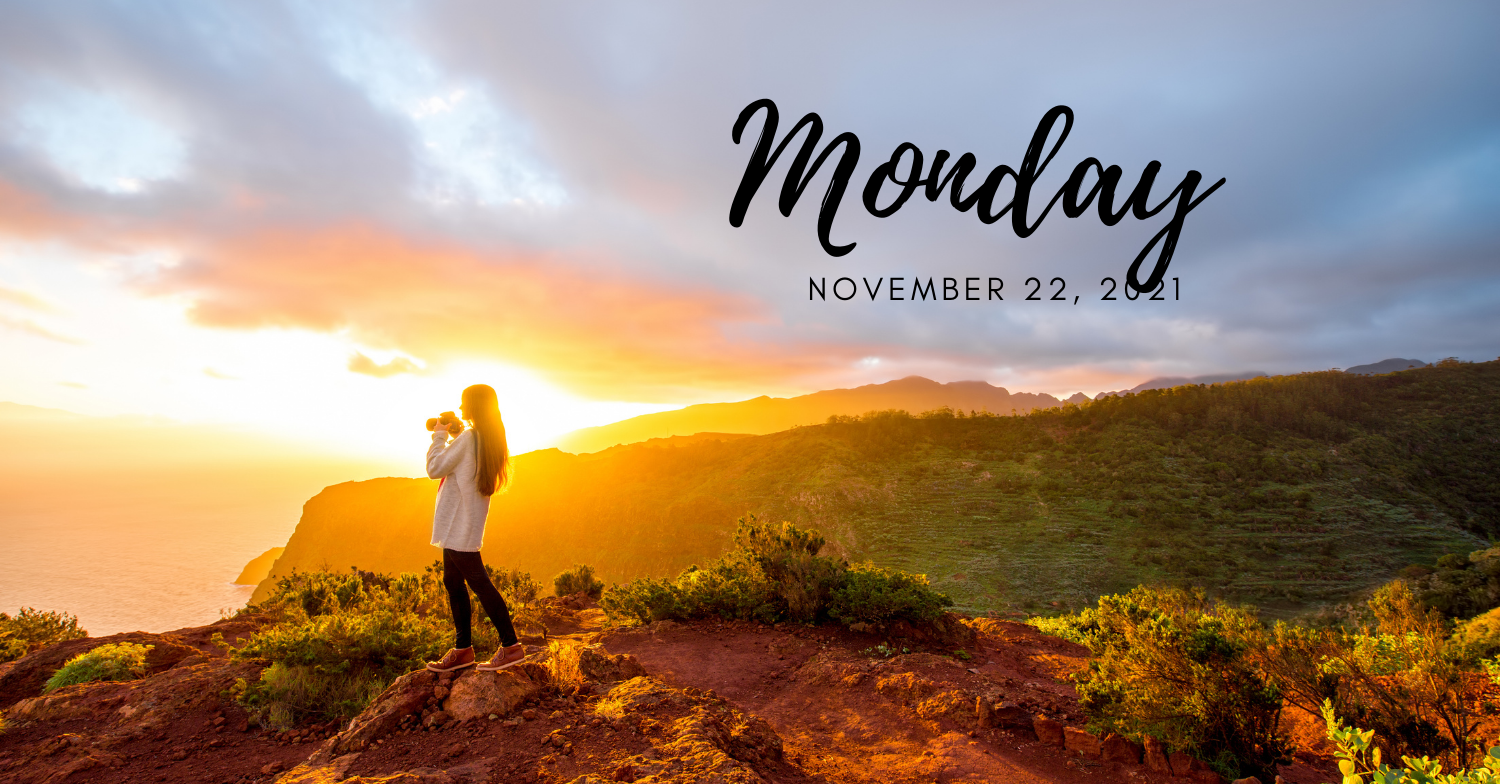 * The Most Dangerous Earthquake Zone Is Active

* 'It'll Be Joab Or Death' For Anti-vaxxers Orban Predicts

* WISeKey To Introduce The Code To The Metaverse

* Rittenhouse Found Not Guilty On All Charges

* The Great Narrative And The Metaverse

Rioting broke out in the Dutch city of Rotterdam as hundreds protested against new COVID-19 restrictions.

SCOTTSDALE, Ariz. — Editor's note: The above video aired during a 2018 broadcast.

The Satanic Temple of Salem (TST) announced Tuesday that the temple's first national conference is coming to Scottsdale next year.

The conference, called "SatanCon," will be held in the Valley on Feb. 11 through Feb. 13, the temple's Instagram post said.

According to the organization's website, TST's mission is "to encourage benevolence and empathy among all people, reject tyrannical authority, advocate practical common sense and justice, and be directed by the human conscience to undertake noble pursuits guided by the individual will."

SatanCon's choice of Scottsdale is a response to the struck-down lawsuit between the temple and Scottsdale's city council last year.

"The Satanic Temple recently sued Scottsdale, AZ, for refusing to allow the organization the opportunity to deliver an invocation before its city council meetings."

"Even though the city had never rejected anyone else’s request, and both Scottsdale Mayor Jim Lane and Councilwoman Suzanne Klapp celebrated their efforts to prevent The Satanic Temple from delivering an invocation, the 8th Circuit Court of Appeals ruled that the city did not engage in unlawful discrimination." Read More

Late Night Report/The Most Dangerous US EarthQuake Zone is Active.

It’ll Be ‘Jab Or death’ For Anti-Vaxxers, Orban Predicts

Vaccination of all Hungarian citizens against Covid-19 is inevitable, PM Viktor Orban has said, stating that even the most hardline anti-vaxxers will ultimately face a choice between dying with the virus and getting a jab.

Speaking to Kossuth radio on Friday, the Hungarian leader lashed out at those reluctant to get vaccinated against coronavirus, branding them a threat "not only to themselves but to all others."

The EU member state is currently experiencing its fourth wave of coronavirus, Orban stated, blaming the situation on those who had not got vaccinated. "If everybody were inoculated, there would be no fourth wave or it would be just a small one," the PM claimed.

Apart from urging the unvaccinated to go and finally get their jabs, Orban also promoted booster shots, revealing that he had already taken three doses of a coronavirus vaccine.

"The only thing that protects us from the virus is vaccination. And we are now also seeing, at least the experts are unanimous in saying, that four to six months after the second vaccination, the protective power of the vaccine weakens. Therefore, a third vaccination is justified," he said. Read More

South Australia will open its border to fully vaccinated travellers from New South Wales and Victoria from Tuesday. Travellers from every local government - except for Byron Bay - will be allowed into the state. The New South Wales town has been excluded from the travel changes as it is yet to surpass the 80 per cent double dose vaccine target. Anyone entering South Australia, including residents, will need to complete an online border entry process. Those from an area with community transmission will need to return a negative COVID-19 test 72 hours prior to arrival.

Geneva, Zug, Switzerland – October 20, 2021 - WISeKey International Holding Ltd ("WISeKey", SIX: WIHN), a leading cybersecurity, IoT and AI company, today announced that David Fergusson, Executive MD of Generational Equity and Carlos Moreira, CEO and Founder of WISeKey, authors of ‘The transHuman Code' and ‘Artificial Humanity' will host the introduction of ‘The Code to the Metaverse - Programming Our Future For Good' at a meeting scheduled to be held on October 23, 2021 at Collegio Teutonico, Vatican City.

In the best-selling 2019 book, The transHuman Code, business leaders David Fergusson and Carlos Moreira offered the world a carefully curated outlook on the essential conversations that will determine whether we use technology to upgrade or undermine our humanity. Addressing critical topics like water, finance, government, jobs, and health, the book ignited a global dialogue about how to ensure that humanity and technology exist in harmony during this digital revolution.

In collaboration with the Pontifical Lateran University at the Vatican and Humanity 2.0, the authors were invited to bring the conversation to the Vatican's Collegio Teutonico shortly after the book's launch. The event assembled technology, corporate, finance, government, academic, ecclesiastic and media leaders in an interactive forum to catalyze awareness and establish the best path forward. Read More

Rittenhouse Found Not Guilty On All Charges

Kyle Rittenhouse, who fatally shot two men and injured a third, was acquitted on all five charges on Friday after the jury deliberated for roughly 26 hours.

'This Is A Fight Against Fascism': Kenosha Residents Protest Rittenhouse Verdict

The Great Narrative And The Metaverse, Part 1: A Dystopian Vision Of The Future

On November 11th and 12th, the World Economic Forum held a 2-day meeting called “The Great Narrative” in Dubai, United Arab Emirates to discuss “longer-term perspectives” and “co-create a narrative that can help guide the creation of a more resilient, inclusive and sustainable vision for our collective future”. The WEF gathered futurists, scientists, and philosophers from around the world to dream up their vision of how to reset the world and imagine what it might look like in the next 50 years. The discussions will be collected and published in a forthcoming book, The Great Narrative, in January 2022.

The release of The Great Narrative book will coincide with the annual WEF meeting on January 17 to 21st, 2022 in Davos, Switzerland, with the focus “Working Together, Restoring Trust”. According to the WEF, the “meeting will focus on accelerating stakeholder capitalism, harnessing the technologies of the Fourth Industrial Revolution and ensuring a more inclusive future of work”. The message is essentially the same one the WEF and their partners have been calling for since the beginning of the COVID-19 event – a Great Reset of the economic, governmental, healthcare, food production, and technological systems which underpin all of human life. Read More

The missionaries, 16 Americans, 1 Canadian and their Haitian driver were abducted by a notorious Haitian gang in October

The voluntary licensing agreement between Pfizer and the MPP will allow the United Nations-backed group to grant sub-licenses to qualified generic drug manufacturers to make their own versions of PF-07321332. Pfizer will sell the pills it manufactures under the brand name Paxlovid.

Pfizer, which also makes one of the most widely used Covid-19 vaccines, has said the pill cut the chance of hospitalization or death for adults at risk of severe disease by 89% in its clinical trial. The drug will be used in combination with ritonavir, an HIV drug that is already available generically.

Pfizer’s licensing deal follows a similar arrangement by rival Merck for generic manufacturing of its Covid-19 treatment. The deals are unusual arrangements that acknowledge the dire need for effective treatments as well as the pressure drugmakers are under to make their life saving drugs accessible at very low costs. Read More

Minister of Transport Omar Alghabra discusses the disruption of supply chains due to the mudslides and flooding in British Columbia.

Pfizer on Tuesday submitted its application to the Food and Drug Administration for emergency authorization of its Covid-19 treatment pill, saying it reduces hospitalization and death by 89% when administered with a common HIV drug.

If authorized by the FDA, the pill could help revolutionize the fight against Covid by allowing high-risk people infected with the virus to take an oral antiviral drug at home instead of going to the hospital. Such a treatment could help reduce the strain that has been put on hospital systems during the pandemic.

The pill, known as Paxlovid, blocks the activity of an enzyme the virus needs to replicate. Paxlovid is used in combination with a low dose of ritonavir, an HIV drug, to slow the patient’s metabolism, allowing the drug to remain active in the body at a higher concentration for a longer period to combat the virus.

In a clinical trial of people 18 and over at an increased risk of developing severe Covid, the combination of Paxlovid and ritonavir reduced hospitalization and death by 89% when taken within three days of the onset of symptoms, according to Pfizer.

A historic storm that produced epic amounts of rainfall triggered devastating, widespread flooding across portions of the northwestern United States and British Columbia, Canada, last week. The storm displaced thousands of residents on both sides of the border with thousands still stranded almost a week later. The storm was also blamed for one death in the U.S. and four others in Canada and prompted multiple state of emergency declarations.

Search and rescuers in British Columbia continue to try and reach thousands of residents still stranded by a combination of landslides and roadway closures. An estimated 18,000 people remained stranded as of Thursday, according to The Guardian.

Several portions of Highway 1, the main route of the Trans-Canada Highway through British Columbia, remained closed on Friday due to washouts with no estimated time of reopening, according to DriveBC. Read More