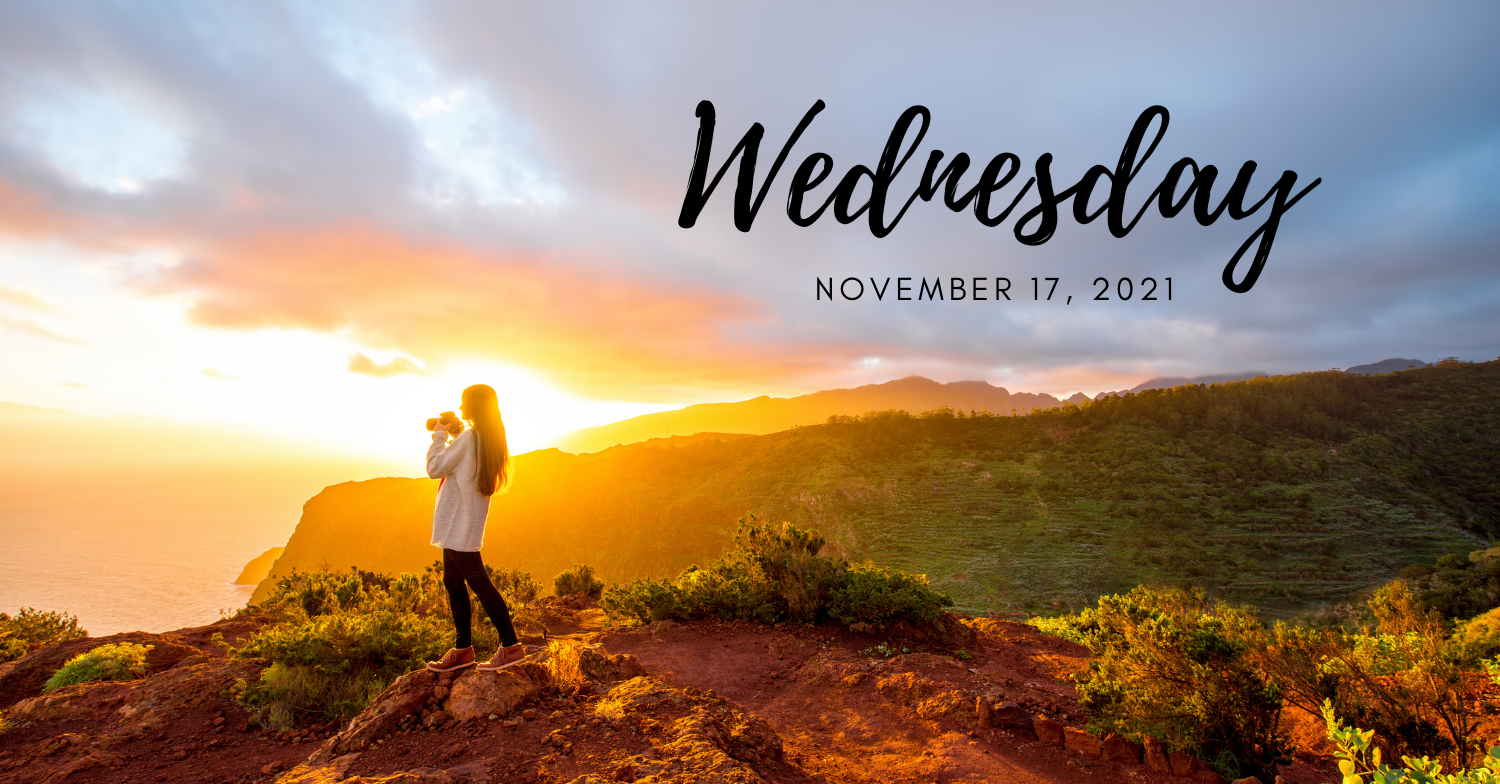 * Unity Of Three As UAE Prepares To Celebrate Their Golden Jubilee

* Kids 'Drinks Recalled Because They Might Have Metal, Glass In Them'

* The Next Big Thing For RNA? Fixing Moldy Food

* Yellen Warns Lawmakers That The U.S. Could Breach It's Debt Limit By Dec 15

* Can You Get A Covid- 19 Vaccine Booster Shot? Some States Aren't Waiting For FDA

Last month, a researcher for Meta prepared a talk for colleagues that they knew would hit close to home. The subject: how to cope as a researcher when the company you work for is constantly receiving negative press.

The talk had been approved to show at the company’s annual research summit for employees in early November. But shortly before the event, Meta’s legal and communications department determined that the risk of the contents leaking were too great. So it disappeared from the research summit’s agenda days before, along with another pre-taped talk describing efforts to combat hate speech and bullying. Both talks never saw the light of day.

The pulling of the talks highlights how a barrage of leaks and external scrutiny has chilled the flow of information inside the company formerly known as Facebook. Many of the changes appear designed to thwart the next Frances Haugen, who worked in the Integrity organization responsible for making the social network safer before she quit earlier this year, taking thousands of internal documents with her. Those documents served as the basis for a series of damning stories in The Wall Street Journal and dozens of other news outlets, including The Verge. Some of them, such as internal research showing Instagram and Facebook can have negative effects on young people, have led to congressional hearings and lawsuits. And as the bad press continues, Meta executives have argued that the documents were cherry-picked to smear the company and paint an incomplete story. Read More

UNITY OF THREE: AS UAE PREPARES TO CELEBRATE THEIR GOLDEN JUBILEE, THE FOCUS WILL BE ON THE ABRAHAMIC FAMILY HOUSE AND THE TWO STATE SOLUTION

The Abrahamic Family House, what the UAE now refers to as the 'Unity Of Three', set to open in 2022, will gather under one roof a Muslim mosque, a Catholic church and a Jewish synagogue. The Abrahamic Family House will be the brick and mortar representation of the Abraham Accords, and it will be the engine behind the final push that creates the Two State Solution triggering the prophecy found in Joel 3. The fact that all this is taking place during the Golden Jubilee of the UAE and Jubilee Year of Israel is simply astounding. If you have ever read Daniel, Zechariah, Joel and Revelation, then you know exactly what comes next.  Read More

Tensions are rising along the border of Belarus and Poland amid a migrant crisis in Eastern Europe. Charlie D'Agata reports.

Kids' Drinks Recalled Because They Might Have Metal, Glass In Them

The Kraft Heinz Company and the U.S. Food and Drug Administration have recalled certain Kool-Aid products after very small pieces of glass or metal were discovered in the drink mix.

An alert to Costco members from Kraft Heinz confirmed Kool-Air Tropical Punch Mix products sold in an 82.5-ounce container at the store with "Best When Used By" dates of 2023-08-31 and 2023-09-01 were recalled "due to the potential presence of foreign material, specifically very small pieces of metal or glass."

The item was also recalled at Slater Bros. Markets, which issued the following statement to its customers:

"Out of an abundance of caution Kool Aid Tropical 8qt, is being voluntarily recalled due to the potential presence of foreign material, specifically very small pieces of metal or glass, that may have been introduced during production. The company discovered the issue during an internal review at the manufacturing facility. There have been no consumer complaints and no reports of illness or injury related to this issue to date." Read More

While more than 90% of the West is currently in some sort of drought, the one area that doesn’t need more rain is getting all of it.

The region known for gray skies and rainfall is getting more than its fair share this month.

The Pacific Northwest has gotten more rain in the last two weeks than they normally see for the entire month of November, which is also stacking up to be one of the top five wettest Novembers on record for Seattle.

“November rainfall through Sunday was 6.83 inches. The normal for the entire month is 6.31,” said Maddie Kristell, meteorologist for the National Weather Service (NWS) in Seattle.

An atmospheric river pumps incredible amounts of moisture off the Pacific into the Pacific Northwest, resulting in heavy rain. You can see the moisture being pulled in on this water vapor image. Read More

Dr. Anthony Fauci said it is possible for COVID-19 to be reduced to an endemic illness from the current health emergency next year if the U.S. ramps up vaccination rates.

SAN ANTONIO — A video posted Saturday on Twitter showing a crowd chanting "Let's go Brandon" during an event at Cornerstone Church has been viewed more than 2 million times.

According to the Associated Press, the slogan is a stand in for “F--- Joe Biden” and became popular among Republicans after a post-NASCAR race interview in October. During an interview with NASCAR driver Brandon Brown, the crowd could be heard chanting the vulgar phrase. The reporter, however, believed the crowd was chanting "Let's go Brandon." Read More

The Next Big Thing For RNA? Fixing Moldy Food

OF ALL THE fungi out there, Botrytis cinerea is the one that keeps farmers up at night. The scuzzy fungus has a voracious appetite. It’ll happily munch through hundreds of plant species—although soft fruits like grapes are its favorite—covering everything it feasts on with a velvety layer of mold. If you’ve ever left a tub of strawberries in the refrigerator a little too long and returned to find them looking a sort of gray-green, there’s a good chance that one of the ever-present spores of Botrytis floating through the air decided to make its forever home in your dessert.

A spoiled dessert is a pain, sure, but for the food industry Botrytis poses a major problem. That single species of fungus is responsible for at least $10 billion in damage to crops each year. Some estimates put the figure as high as $100 billion. It’s so troublesome that a survey of plant pathologists ranked it as the second most important plant fungal pathogen, in what can only be described as their industry’s equivalent of TIME magazine’s “Most Influential People” list. (The top spot went to Magnaporthe oryzae: a fungus that devastates rice fields all over the world.)

“It’s the big one,” says Mark Singleton, head of plant and animal health at GreenLight Biosciences, a Massachusetts-based biotech startup working on a new generation of sprays to defend against Botrytis and other pests that bedevil farmers. The downsides of existing fungicides and pesticides are well-known: Residue from the sprays can build up in the environment and damage non-target organisms, while their overuse can lead to pests and weeds evolving resistance. Singleton is working on a way around these problems. And his starting point is RNA: a molecule similar to DNA that is one of the fundamental building blocks of life. Read More

(CNN)Thanksgiving is just over a week away, but holiday travel will start as early as Friday for some.

A significant storm has the potential to disrupt travel plans from the Midwest to the Northeast during one of the busiest times of the year to travel. We are talking about disruptions at major airline hubs like Chicago and New York at the beginning of next week.
"The upper trough and a possible embedded low may support potentially significant low pressure that would affect portions of the East, and requires monitoring given the busy Thanksgiving holiday travel week," the Weather Prediction Center (WPC) said Tuesday morning.
The storm system could begin to develop Sunday in the Midwest, strengthening daily. By the time it gets near the East Coast on Tuesday, a secondary system could develop along the coast, exacerbating the disrupting weather conditions in places like New York. Read More
*******************************************************************

Singapore will allow quarantine-free travel for fully-vaccinated people from five more countries. including Indonesia and Saudi Arabia. The island-city is pressing on with its plans to reopen its borders and restore its status as a travel hub.

Yellen Warns Lawmakers That The U.S. Could Breach Its Debt Limit By Dec. 15.

WASHINGTON — Treasury Secretary Janet L. Yellen warned lawmakers on Tuesday that the United States would be unable to pay its bills soon after Dec. 15 and urged Congress to take swift action to lift the nation’s borrowing cap.

In a letter to Congress, Ms. Yellen said that “there are scenarios in which Treasury would be left with insufficient remaining resources to continue to finance the operations of the U.S. government beyond this date.”

She added: “To ensure the full faith and credit of the United States, it is critical that Congress raise or suspend the debt limit as soon as possible.”

But that was just a short-term fix and Republicans, who reluctantly joined Democrats in approving the temporary extension, have insisted that President Biden and his party vote on their own to approve a longer-term suspension or lifting of the debt limit. Read More

Can You Get A COVID-19 Vaccine Booster Shot? Some States Aren't Waiting For FDA And Say All Adults Should Get Another Dose

Health authorities in Arkansas said on Monday they would broaden eligibility for COVID-19 vaccine booster shots to all adults, as a growing list of state and local officials look for ways to accelerate third doses in hopes of heading off a potential new wave of the virus.

"For Pfizer and Moderna, those who are 18 and over, go get the shot. There's not any limitations on that. Obviously you should be six months after the second shot. But we want you to get the booster," Arkansas Governor Asa Hutchinson told reporters on Monday.

That's a significant expansion beyond the current recommendations of federal health officials. While boosters are recommended for all adult recipients of Johnson & Johnson's vaccine, the Centers for Disease Control and Prevention allows boosters for more limited groups of Pfizer and Moderna recipients: seniors 65 and older, adults with underlying medical conditions, and those who live or work in "high-risk settings."

The average pace of booster shots has slowed nationwide for weeks, and so far, just 16.5% of fully vaccinated adults have received a booster, according to the CDC. Among seniors, only two states — Vermont and Minnesota — have recorded a booster dose in more than half of their vaccinated adults 65 and older. Read More

The Czech Republic, Hungary, Iceland and Guernsey were all added to the CDC's "Covid-19 Very High" Level 4 category.

Level 4 categorization means that these countries or destinations had more than 500 cases of COVID-19 per 100,000 people for each of the past 28 days. The island of Guernsey, a channel island between Great Britain and France, has less than 100,000 residents. It received the designation because it had more than 500 cumulative new cases over the past 28 days. Read More