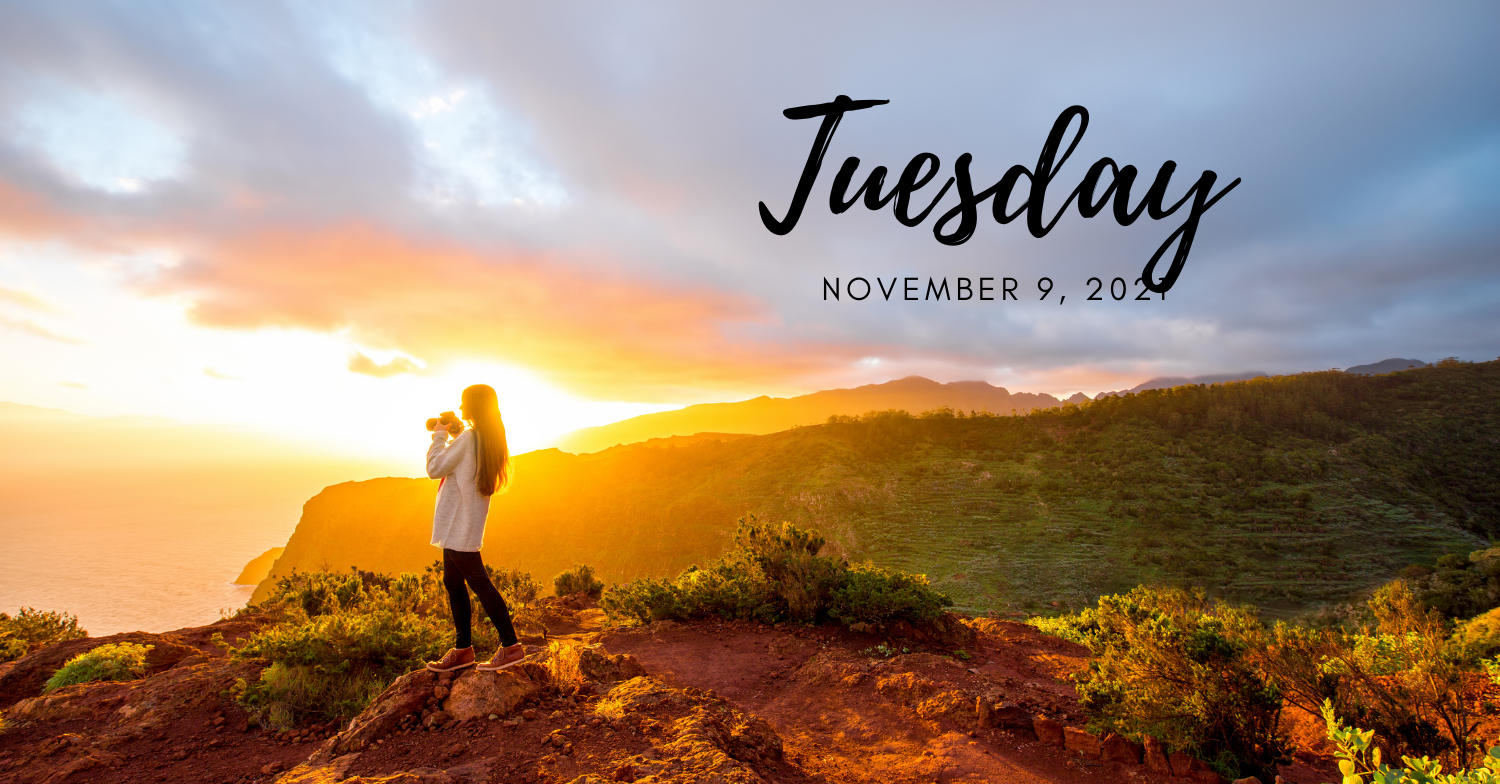 * This Is What The World Looks Like if We Pass The Critical 1.5 Degree Climate Threshold

* Robinhood Discloses Breach That Exposed Information Of Millions Of Customers

Barack Obama is expressing confidence at U.N. climate talks Monday that the Biden administration will ultimately get its $555 billion climate package through Congress, and faulting U.S. rivals China and Russia for what he calls a “dangerous absence of urgency” in cutting their own climate-wrecking emissions.

(CNN)First lady Jill Biden and US Surgeon General Dr. Vivek Murthy will make a push for boosting the number of Covid-19 vaccination sites for children Monday as they kick off a nationwide administration effort to encourage vaccines for the nation's youngest and newly eligible candidates.

"Over the following weeks the First Lady will visit pediatric Covid-19 vaccination clinics across the country, including at schools, children's hospitals, and other community sites, and will encourage more sites to offer vaccines for children in their community and protect them from Covid-19," a White House official said.
Along with Biden's and Murthy's efforts, US Health and Human Services Secretary Xavier Becerra and Education Secretary Miguel Cardona sent a letter Monday to school superintendents and elementary school principals.
"We urge you to do all you can to help parents and families learn about the vaccine and get access to it," the secretaries wrote in the letter, encouraging the school leaders to host a Covid-19 clinic at their schools, distribute information to families with children 5 to 11 years old and host conversations with school communities in partnership with medical professionals. Read More
*******************************************************************

Hackers have breached at least nine organizations globally in sensitive sectors and targeted US Department of Defense entities, a cybersecurity company has said. According to a report by security firm Palo Alto Networks, a group of unidentified criminals scanned at least 370 servers across the US in September and October. The scans were “largely indiscriminate in nature,” the firm said, with targets ranging from educational institutions to servers linked to the Department of Defense.-

Former President Obama called out China and Russia for not doing more to cut greenhouse gases, and criticized Republicans and the Trump administration. NBC News’ Anne Thompson speaks to Republican Sen. Lisa Murkowski, who is part of a bipartisan delegation led by Democratic Sen. Chris Coons at the conference.

At long last, kids are starting to filter into pharmacies and clinics for COVID-19 shots.

The Food and Drug Administration authorized a lower dose of Pfizer's vaccine for emergency use in children ages 5 to 11 in October. Then last week, the Centers for Disease Control and Prevention officially greenlit the shot for this younger age group — nearly a year after the first Americans started receiving COVID-19 vaccines.

Kids receive one-third of the standard dose of the mRNA shot given to adults: 10 micrograms versus 30 micrograms. Because of that, children can generally expect fewer side effects.

The chart below shows the most common side effects among kids ages 5 to 11 in Pfizer's clinical trial.

Fatigue was by far the most prevalent side effect: More than one-third of kids reported it after the first or second dose. Roughly one-quarter of kids also reported headaches after getting either dose. Read More

This Is What The World Looks Like If We Pass The Crucial 1.5-Degree Climate Threshold

There's one number heard more than any other from the podiums at the United Nations climate summit in Glasgow, Scotland: 1.5 degrees Celsius.

That's the global climate change goal world leaders agreed to strive for. By limiting the planet's warming to 1.5 degrees Celsius, or 2.7 degrees Fahrenheit, by 2100, the hope is to stave off severe climate disruptions that could exacerbate hunger, conflict and drought worldwide.

The 1.5 degree target has long been championed by developing nations, where millions of people are among the most vulnerable to climate change. At the 2015 Paris climate negotiations, they pushed industrialized countries to improve on the 2 degree Celsius goal held at the time, since wealthier nations are responsible for most greenhouse gas emissions since the Industrial Revolution.

At the climate negotiations now underway, nations are touting new commitments to cut their heat-trapping emissions by switching to clean energy and reducing deforestation. India is pledging, for the first time, to be carbon neutral by 2070. More than 100 countries, including the United States, joined a global pact to cut methane, a potent greenhouse gas.  Read More

(CNN) — The US Centers for Disease Control and Prevention added two northwestern European countries to its list of "very high" risk travel destinations this week amid a surge in cases in Europe that a WHO official has said is "of grave concern."
The Netherlands and Luxembourg were added to the CDC's highest risk category Monday afternoon. There were both previously listed as Level 3, or "high" risk for Covid-19.
Hans Kluge, a World Health Organization regional director, said Thursday that every country in Europe and Central Asia is "facing a real threat of Covid-19 resurgence or already fighting it."
"The current pace of transmission across the 53 countries of the European Region is of grave concern," Kluge said.
The Faroe Islands in the North Atlantic Ocean, a self-governing archipelago that is part of the kingdom of Denmark, were also added to the Level 4 category. In the Caribbean, the Cayman Islands received a Level 4 designation.
Destinations that fall into the CDC's "Covid-19 Very High" Level 4 category have had more than 500 cases per 100,000 residents in the past 28 days.
People should avoid traveling to locations designated with a "Level 4" notice, the CDC recommends. Anyone who must travel should be fully vaccinated first, the agency advises. Read More
*******************************************************************

Robinhood Discloses Breach That Exposed Information Of Millions Of Customers

Robinhood said Monday it was hit by a data breach earlier this month that exposed information on millions of customers and that hackers later demanded an extortion payment.

Lithuania has built the first stretches of a steel wall on its border with Belarus since migrants from the Middle East and other areas began entering from Belarus this year. The European Union accuses Belarus of deliberately encouraging the migrants to enter EU states.

NASA almost launched a crew of astronauts to space on Halloween. That group, Crew-3, would have completed a formal handoff with the Crew-2 astronauts who returned to Earth on Monday night. But weather conditions and a minor health issue, according to NASA, prevented Crew-3 from leaving on time.

On Wednesday night, Crew-3 could head to orbit. If their mission begins on time, they will lift off at 9:03 p.m. Eastern time, and arrive at the space station the next day.

The four members of Crew-3 are:

Raja Chari, the mission’s commander, is 44 and will be the fifth astronaut of Indian descent to go to space. Raised in Cedar Falls, Iowa, and educated in aeronautics and astronautics at the Massachusetts Institute of Technology, he was a test pilot and an Air Force colonel who flew combat missions in Iraq before joining NASA’s astronaut corps in 2017.

Matthias Maurer, Crew-3’s mission specialist, is a German astronaut representing the European Space Agency. Mr. Maurer, 51, joined the European astronaut corps in 2015 after roles as a paramedic, a materials scientist and an engineer. Read More

New Zealand beefed up security measures at its parliament as thousands of people gathered to protest against compulsory COVID-19 vaccination and government lockdowns.

All but two entrances to the parliament building, known as the Beehive, were closed off on Tuesday, and unprecedented levels of police and security personnel deployed, as mostly unmasked protesters marched peacefully through central Wellington and congregated outside parliament.

Many people were seen holding signs and placards with messages like “Freedom” and “Kiwis are not lab rats” and shouting slogans as they demanded the government roll back compulsory vaccination and lifts restrictions.

“I will not be coerced and I will not be forced into taking something I don’t want in my body,” a protester said outside parliament. Read More

Former President Barack Obama spoke at the COP26 climate summit on Monday, a week after President Biden spoke at the conference in Glasgow and told world leaders the U.S. was “back at the table” to combat climate change.