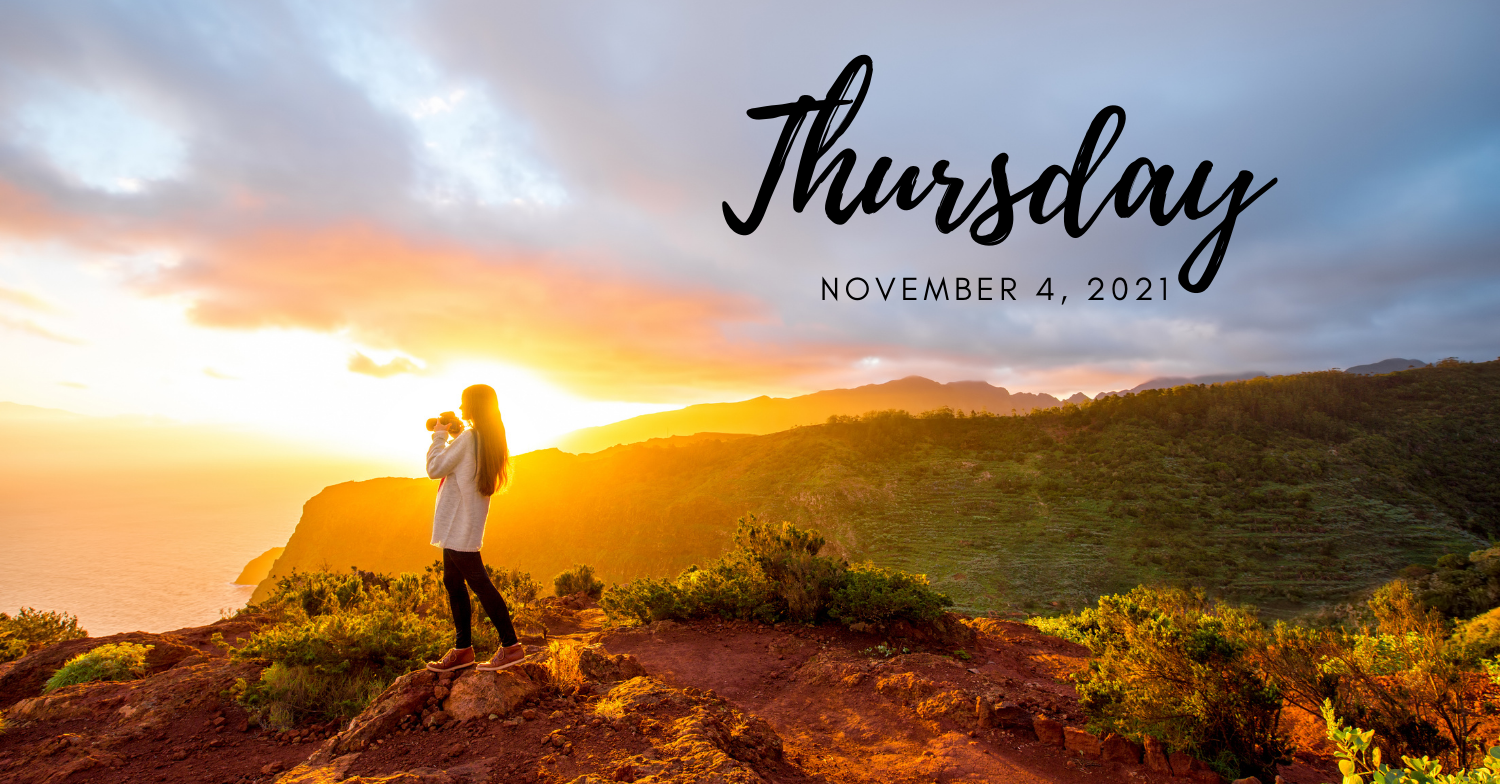 * House Democrats Are Bringing Back Paid Leave In Their Spending Bill

* Tesla Is Moving Driver Profiles To the Cloud For Smooth Transitions Between Car, Rentals, & More

* Yes Mark Zuckerberg Sites Are Down

* Why Is China Telling People To Stock Up On Food?

The trucking industry has long been dealing with a shortage of truck drivers and high job turnover, but supply-chain bottlenecks have underscored the need for new recruits. Here’s how some companies are trying to get them behind the wheel. Photo: Justin Sullivan/Getty Images

President Biden responded Wednesday to a report that suggested his administration was mulling whether to make $450,000 payments to immigrants who were separated from their families at the border under former President Trump's administration, calling the reporting "garbage" and saying that it is "not gonna happen."

Following remarks at the White House where he urged parents to get their children vaccinated, Biden was asked by Fox News White House Correspondent Peter Doocy about the Wall Street Journal's report and whether he believes it "might incentivize" immigrants to attempt to enter America illegally. Biden responded, "If you guys keep sending that garbage out, yeah, but it's not true."

"So this is a garbage report," Doocy asked?

When asked by Doocy about the reported plan days ago while attending a G-20 press conference in Rome, Biden looked away and scratched his forehead. Read More

House Democrats Are Bringing Back Paid Leave In Their Spending Bill

Paid family and medical leave is back in Democrats' sweeping domestic policy bill.

In a letter to colleagues Wednesday, House Speaker Nancy Pelosi, D-Calif., wrote that the inclusion of paid leave is at the urging of members of the House Democratic caucus.

It also comes the morning after Republicans performed strongly in Tuesday's elections, including among suburban voters and women in places like Virginia.

Pelosi said she expects the changes to the legislation to be debated in the House Rules Committee Wednesday, potentially setting up a vote later this week.

Among the other changes to the bill to be debated is a plan to reduce the cost of prescription drugs for seniors. Democrats announced a deal on that Tuesday.

The legislation that House Democrats are working on has a four-week paid leave program. It would include all leave types and not just be for new parents, start in 2024, and be permanent.

The price tag would be around $200 billion, a source familiar with the legislation tells NPR. Read More

The government released a video of a drone overflight taken yesterday. It shows very nicely the configuration of the different vents aligned in a row on top of the original eruptive fissure:

Thanks for joining our live coverage of day four of the COP26 climate conference. We'll be back tomorrow morning, when the focus turns to the energy industry. Here's a reminder of the day's developments:

The human papillomavirus, or HPV, vaccine is cutting cases of cervical cancer by nearly 90%, the first real-world data shows.

Cancer Research UK described the findings as "historic", and said it showed the vaccine was saving lives.

Nearly all cervical cancers are caused by viruses, and the hope is vaccination could almost eliminate the disease.

The researchers said the success meant those who were vaccinated may need far fewer cervical smear tests too.

Girls are offered the vaccine between the ages of 11 and 13, depending on where they live in the UK. The vaccine has also been offered to boys since 2019.

The study, published in the Lancet, looked at what happened after the vaccine was introduced for girls in England in 2008.

Those pupils are now adults in their 20s. The study showed a reduction in both pre-cancerous growths and an 87% reduction in cervical cancer.

"The impact has been huge," said Prof Peter Sasieni, one of the researchers at King's College London.

The reductions were less dramatic when older teenagers were immunised as part of a catch-up campaign. This is because fewer older teenagers decided to have the jab and ideally it needs to be given before they became sexually active. Read More

A new assessment by the Pentagon says China's nuclear weapons arsenal is expanding more rapidly than previously believed. The report to Congress comes after reports China conducted hypersonic missile tests amid increased tensions between Beijing and Washington over Taiwan.

China on Wednesday hit back at US President Joe Biden following his criticism of President Xi Jinping’s decision to skip the make-or-break COP26 United Nations summit in Glasgow.

Xi, who leads the planet’s largest emitter of the greenhouse gases responsible for climate change, has not travelled outside of China since the beginning of the Covid-19 pandemic and has not joined other world leaders for COP26.

Biden on Tuesday had launched blistering criticism of the Chinese and Russian leaders for not attending the summit.

“What we need in order to deal with climate change is concrete action rather than empty words,” he added. “China’s actions in response to climate change are real.” Read More

U.S. President Biden said that China and Russia's decision not to attend COP26 was a 'big mistake' and that showing up has had a "profound impact on how the world is looking at the United States and its leadership role."

Tesla Is Moving Driver Profiles To The Cloud For Smooth Transitions Between Cars, Rentals, And More

Tesla is working on moving driver profiles to the cloud in order to sync them between vehicles.

It will make it easier for owners of multiple Teslas and for people renting or sharing Tesla vehicles.

Over the last few years, Tesla has been making moves to build a smooth experience for a self-driving and car-sharing future.

For example, Tesla launched a new “car access” feature that makes it easy to give anyone access to your Tesla through the company’s mobile app.

While it’s already useful for people who share a Tesla, the feature is expected to be especially useful once the company launches its “Tesla Network,” a self-driving, ride-hailing, and car-sharing network.

CEO Elon Musk has also been talking about putting user profiles in the cloud to automatically load all your preferred settings onto a new Tesla vehicle that you use.

Now Tesla is working toward that with a new “vehicle sync” feature.

Not a Tesla App found the feature in the latest Tesla software update:

In this release there is a reference to a new feature called “Cloud Profiles,” which gives the user the option to ‘Enable Vehicle Sync’ for individual driver profiles.

The new vehicle sync can be enabled for specific driver profiles: Read More

Yes, Mark Zuckerberg Sites Are Down [UPDATE: All Better, Apparently]

It would appear that Messenger, as well as Instagram’s messaging function and other Facebook-owned services, are currently having trouble, as thousands of users report being unable to access the company’s platforms Wednesday.

Around mid-afternoon EST, DownDetector showed that Instagram, Facebook (now re-named “Meta,” as the company pivots to build a real-life Matrix), and Messenger were all seeing a spike in reports of accessibility problems.

“Kinda assumed I broke my Messenger & IG inboxes until I searched “Messenger down” on Twitter,” tweeted one user. Others went the meme route:

Facebook appeared to quickly confirm that Messenger was, indeed, down. “No, your wifi isn’t out. We’re working to get things back to normal as quickly as possible. #messengerdown,” Messenger’s official account tweeted Wednesday. Read More

No, your wifi isn't out. We’re working to get things back to normal as quickly as possible. #messengerdown

WHY IS CHINA TELLING PEOPLE TO STOCK UP ON FOOD? WHY ARE YOU BEING TOLD TO BUY NOTHING? GET READY

In a recent report that shows what you should actually consider a scary or at the very least a concerning shift in social mental awareness and perception:author and journalist david wallace-wells writes that “there is something of a moral crime in how much you and I and everyone we know consume, given how little is available to consume for so many other people on the planet.” Why have Russia, the Ukraine, China, and other nations instructed their citizens to buy food, medicine, stock up on water, and prepare to defend their countryside and America is being told to buy less, don’t hoard, and that you should not rely on self for self protection.