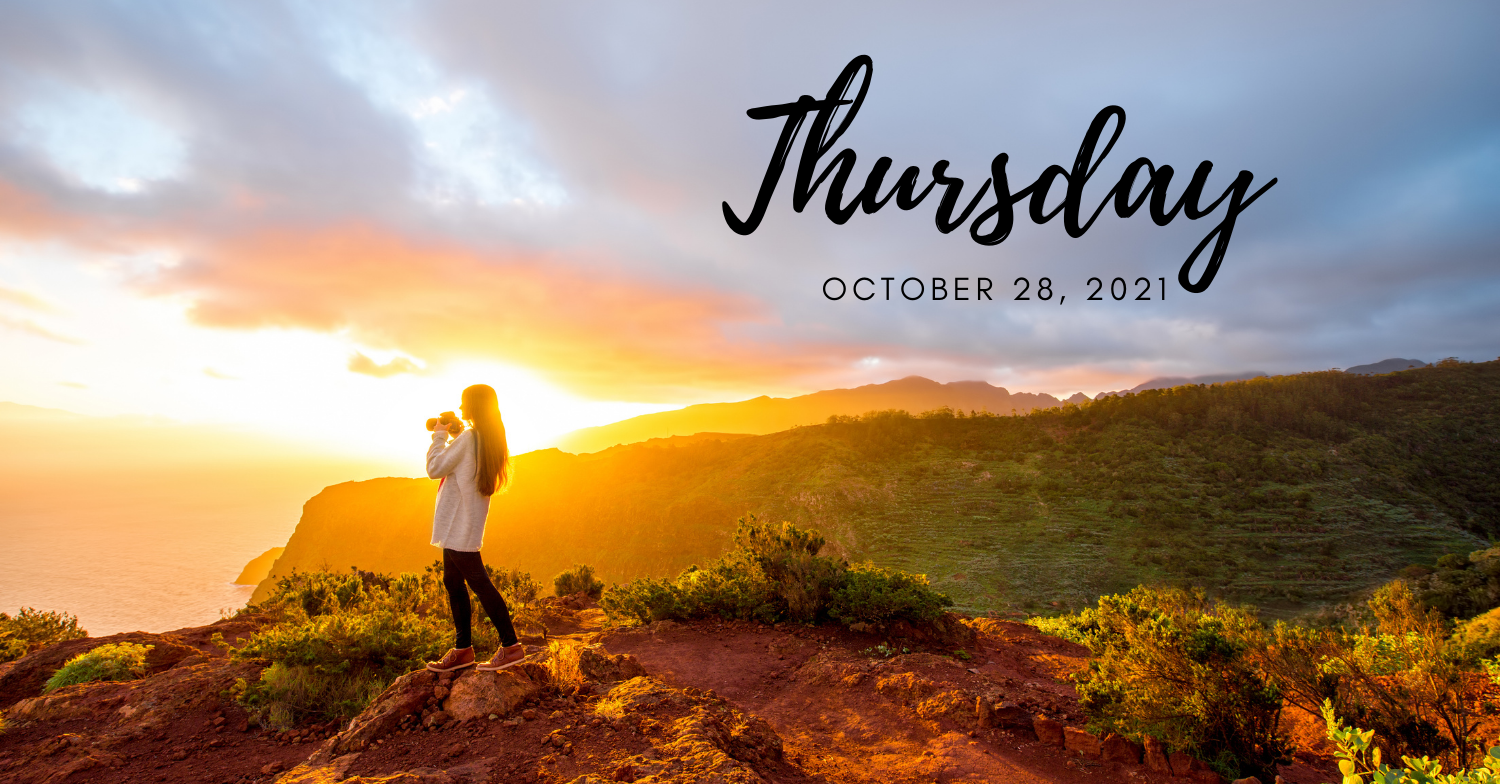 * What Will A Covid-19 Vaccine For Younger Kids Mean? An Expert Weighs In

* Cop26: What To Expect At The Upcoming U.N. Climate Summit

* White House Prepares To Roll Out Climate Actions To Help Meet Biden's Goals, With Or Without Congress

Joe Biden is set to meet Pope Francis as the U.S. president comes under pressure from conservatives in the Church over his position on abortion

What Will A Covid-19 Vaccine For Younger Kids Mean? An Expert Weighs In

(CNN)A US Food and Drug Administration advisory committee recommended Tuesday that the agency grant emergency use authorization for the Pfizer-BioNTech Covid-19 vaccine for children ages 5 to 11. Next, the FDA decides whether to authorize the vaccine, and then the US Centers for Disease Control and Prevention's vaccine advisory committee will meet to consider whether it should be recommended for that age group. If CDC Director Dr. Rochelle Walensky signs off on that recommendation, younger children could be getting vaccinated next week.

Many parents and children have questions about what having this vaccine will mean. Do vaccinated kids still have to mask in schools? Can they see more friends and have sleepovers now? And do young kids really get that sick from Covid-19?
I discussed these and more questions with CNN Medical Analyst Dr. Leana Wen, an emergency physician and professor of health policy and management at the George Washington University Milken Institute School of Public Health. She is also author of a new book, "Lifelines: A Doctor's Journey in the Fight for Public Health," and the mother of two young children. Read More

Google installed a new policy Wednesday that will allow minors or their caregivers to request their images be removed from the company's search results, saying that "kids and teens have to navigate some unique challenges online, especially when a picture of them is unexpectedly available on the internet."

The policy follows up on Google's announcement in August that it would take a number of steps aiming to protect minors' privacy and their mental well-being, giving them more control over how they appear online.

While the request could wind up scrubbing problematic images from Google's search tools, "It's important to note that removing an image from Google results doesn't remove it from the internet," the company said as it announced the policy. Read More

Ylan Mui reports on the key points that are still in the reconciliation bill. The latest reports have Manchin fighting to remove paid family leave.

According to a public disclosure, the Georgia Republican purchased a stake in Digital World Acquisition Corp., or DWAC, on Friday. The stake is worth at least $15,000 but no more than $50,000.

That triggered a buying mania among retail investors in DWAC shares over two days last week, which drove the stock up more than 800%. The SPAC was at one point the most traded name on Fidelity’s platform, and the ticker DWAC has been among the most mentioned on Reddit’s WallStreetBets chatroom.

But based on DWAC’s price fluctuations and when Greene said she made her investment, on Friday, it’s almost certain she has lost money on the trade.

A powerful Nor'easter blasted parts of New York, New Jersey, and Massachusetts overnight, pushing ocean waves over the top of homes along Cape Cod, downing trees and knocking out power to hundreds of thousands across the region. Mola Lenghi reports.

The world’s largest economies will suffer severe human and economic consequences of climate change, especially if no action is taken to reduce greenhouse gas emissions, according to a new study from the Euro-Mediterranean Center on Climate Change (CMCC), an Italian research center.

“From droughts, heatwaves and sea level rise, to dwindling food supplies and threats to tourism — these findings show how severely climate change will hit the world’s biggest economies, unless we act now,” said Donatella Spano, senior member of the CMCC’s Strategic Council and a scientist at the University of Sassari, in a statement that accompanied the report’s release.

The report studied the G-20, a group of 19 nations and the European Union that includes the United States, Canada, France, Germany, Brazil, Mexico, Japan, China and Russia, among others. Read More

COP26: What To Expect At The Upcoming U.N. Climate Summit

President Biden will attend the United Nations' climate change conference, known as COP26, beginning October 31. Leaders from 196 countries will engage in climate talks aimed at bolstering pledges made under the Paris Agreement in 2015. CBS News climate and energy reporter Cara Korte joins CBSN's Lana Zak with everything to know about the upcoming summit.

Sergeant Mike Cherven, president of the State Police Association of Massachusetts, explains the consequences of officers being removed from their jobs and calls for a masking and testing option for officers who choose not to get vaccinated.

More than 200 celebrities, including actors Mila Kunis, Billy Porter, Neil Patrick Harris and Helen Mirren, signed an open letter opposing efforts to boycott an LGBTQ film festival in Tel Aviv.
The letter published Wednesday is a response to calls from activists with the Boycott, Divestment and Sanctions movement to boycott the Tel Aviv International LGBTQ+ Film Festival, also called TLVFest, an annual film festival showcasing LGBTQ films that was founded in 2006.
It was organized by Creative Community for Peace, an organization of entertainment industry professionals that works to counter cultural boycotts against Israel. Read More

'I Answered Your Question': Psaki Pressed On Biden's Abortion Views Ahead Of Visit With The Pope

Wednesday, White House Press Secretary Jen Psaki crushed with a reporter, after being asked whether President Biden will talk about abortion during his meeting with the Pope.

Washington expects about 316,000 doses of kid-sized Pfizer COVID-19 vaccines to arrive in the state by the end of next week for children between 5 and 11, pending federal authorization, state health officials said Wednesday.

The kid-sized dose, which is equal to one-third of the adult Pfizer vaccine dose, still needs the emergency authorization of the Food and Drug Administration and guidance from the Centers for Disease Control and Prevention’s Advisory Committee on Immunization Practices. The CDC’s committee meets next Tuesday and Wednesday.

The shipments will likely offer families relief and another layer of safety for youngsters who have returned to in-person schools, which tallied more than 180 K-12 outbreaks during August and September.

About 1,284 infections have been associated with the 189 outbreaks in Washington’s schools — 42 in August and 147 in September, the highest number of school outbreaks to occur in a month since the state started tracking them last fall, said Lacy Fehrenbach, the state Department of Health’s deputy secretary for COVID-19 response, in a news briefing.

About 88% of those cases occurred in students 19 and younger, she added.

Fehrenbach urged families to remember several distinctions when interpreting the new data, primarily that in late summer the community was facing the more transmissible delta variant that spread in schools. Read More

Facebook reportedly allowing hate speech and right wing misinformation to thrive is now further substantiated by newly leaked documents that provide additional evidence of how the social media giant has contributed to political unrest. Joy Reid critiques these developments in this edition of 'The Absolute Worst.'

White House Prepares To Roll Out Climate Actions To Help Meet Biden's Goals, With Or Without Congress

(CNN)The White House is preparing to roll out a slate of executive actions and federal regulations to help President Joe Biden hit his ambitious climate goals as negotiations continue to stall in Congress, two people who attended a Monday meeting with White House officials told CNN.