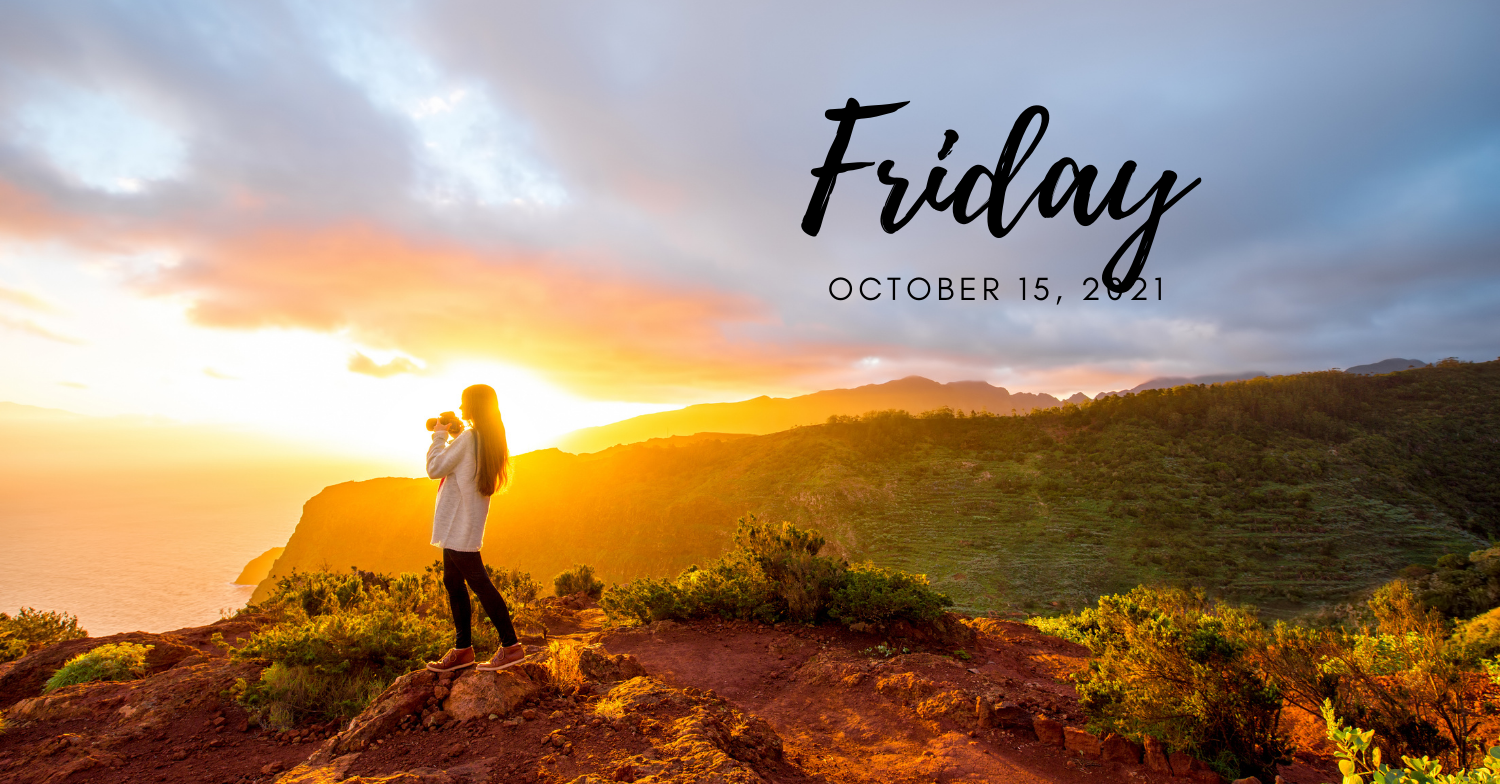 * Facebook Building, AI That Sees, Hears, And Understands' Everything We do

* WEF: You Can Now Live Forever ( Your AI- Powered Twin, That is)

* See You In Court: Governor Plans To Sue Biden Over Vaccine Mandates

Mixing Covid vaccines produces as much or more antibodies as using the same shot as a booster, according to preliminary results of a widely awaited U.S. government-sponsored trial. Today, FDA advisers begin meeting to debate whether people who got the Covid-19 vaccines made by Moderna Inc. and Johnson & Johnson should receive booster shots.

President Joe Biden touted the success of mandates in spurring vaccination against COVID-19 in the U.S., but said more needed to be done to get the 66 million people who are eligible yet still unvaccinated to get the shot.

Facebook Building AI That Sees, hears, And 'Understands' Everything We Do

The social media giant reportedly wants to train its artificial intelligence to understand the world just like humans do, by feeding it video recordings from augmented reality glasses

Facebook wants to build an artificial intelligence that learns to understand the world like humans—by watching our every move.

The tech giant has announced plans to teach AI to 'understand and interact with the world like we do' in first person. It hopes to do this by using video and audio from augmented reality (AR) glasses like its new high-tech Ray-Bans.

"AI typically learns from photos and videos captured in third-person, but next-generation AI will need to learn from videos that show the world from the center of action," the company said.

It went on: "AI that understands the world from this point of view could unlock a new era of immersive experiences." Read More

WEF: You Can Now Live Forever. (Your AI-Powered Twin, That Is)

Mind Bank Ai is the newest entrant in an ambitious idea: using AI to create a kind of immortality.

It’s January 17, 2020 — the world has yet to change; Wuhan locks down six days later — and Emil Jimenez is on a train from Vienna to Prague. His daughter, then four years old, inadvertently activates Siri while playing pony games on her iPad.

“She’s like, ‘Daddy,’ y’know, ‘what is this?’” Jimenez tells me on a video call from the Czech Republic. Jimenez tells her it’s Siri, and encourages her to talk to the digital assistant.

Her first question is if Siri has a mother.

From there, she peppers the artificial intelligence with the kinds of questions kids ask — do you like ice cream? do you like toys? — and, by the end of their conversation, tells Siri she loves it, that she’s her best friend.

Jimenez, who has a background in psychology, sees this heartwarming interaction and is struck by how quickly and seamlessly his daughter formed a relationship with the AI — we usually ring Siri when we need something, even if it’s a laugh. Read More

SEE YOU IN COURT: Governor Plans To Sue Biden Over Vaccine Mandates

Oklahoma Governor Kevin Stitt posted a video to social media on Thursday, outlining his plans to sue the Biden administration over what he describes as an unconstitutional vaccine mandate.

The Carroll Independent School District in Southlake, Texas, already in the spotlight after parents clashed over its diversity plan, is now facing pushback over which books are allowed in their libraries. NBC News obtained exclusive, secretly recorded audio of a training where teachers were told to balance books about the Holocaust with an “opposing” view. The school district told NBC News they have "not and will not mandate books be removed.

To ensure the rapid development and deployment of new and innovative transport solutions to meet the climate crisis and spearhead action towards affordable and accessible transport for all, the UN Sustainable Transport Conference in Beijing, China, will begin today with government leaders, industry experts, and civil society groups charting a sustainable pathway forward.

While science shows that urgent action is needed to keep the 1.5°C temperature limit within reach to prevent greater climate impacts, the world is still grappling with COVID-19, which has disrupted global supply chains, reversed years of development progress and has pushed around 120 million people back into poverty. The UN Sustainable Transport Conference, taking place from 14 to 16 October will seek to provide concrete solutions for how we plan and design transport systems to ensure the pathway to achieving sustainable transport — transport that is safe, accessible, green and resilient — is at the scale and speed required.

While there is increasing recognition that sustainable transport can spur economic growth and protect the environment — global sales of electric vehicles grew from 1.3 million in 2015 to 5.1 million in 2018 — progress has been slow and unequal.

According to the World Bank, a transition to sustainable mobility could deliver savings of US$70 trillion by 2050, when considering full transport costs, including vehicles, fuel, operational expenses, and losses due to congestion. Better access to roads could help Africa become self-sufficient in food and create a regional food market worth $1 trillion by 2030. Read More

Amid the long wait for online orders, President Biden called on businesses to work together and laid out a strategy to “help speed up the delivery of goods.”

The tests will detect most people at risk of transmitting COVID-19 and are a reliable public health tool in stopping the spread of the virus, UCL researchers have found.

The peer-reviewed paper, published on Thursday in Clinical Epidemiology, found that the tests will detect most people at risk of transmitting COVID-19. The report also said the tests are a reliable public health tool in stopping the spread of the virus.