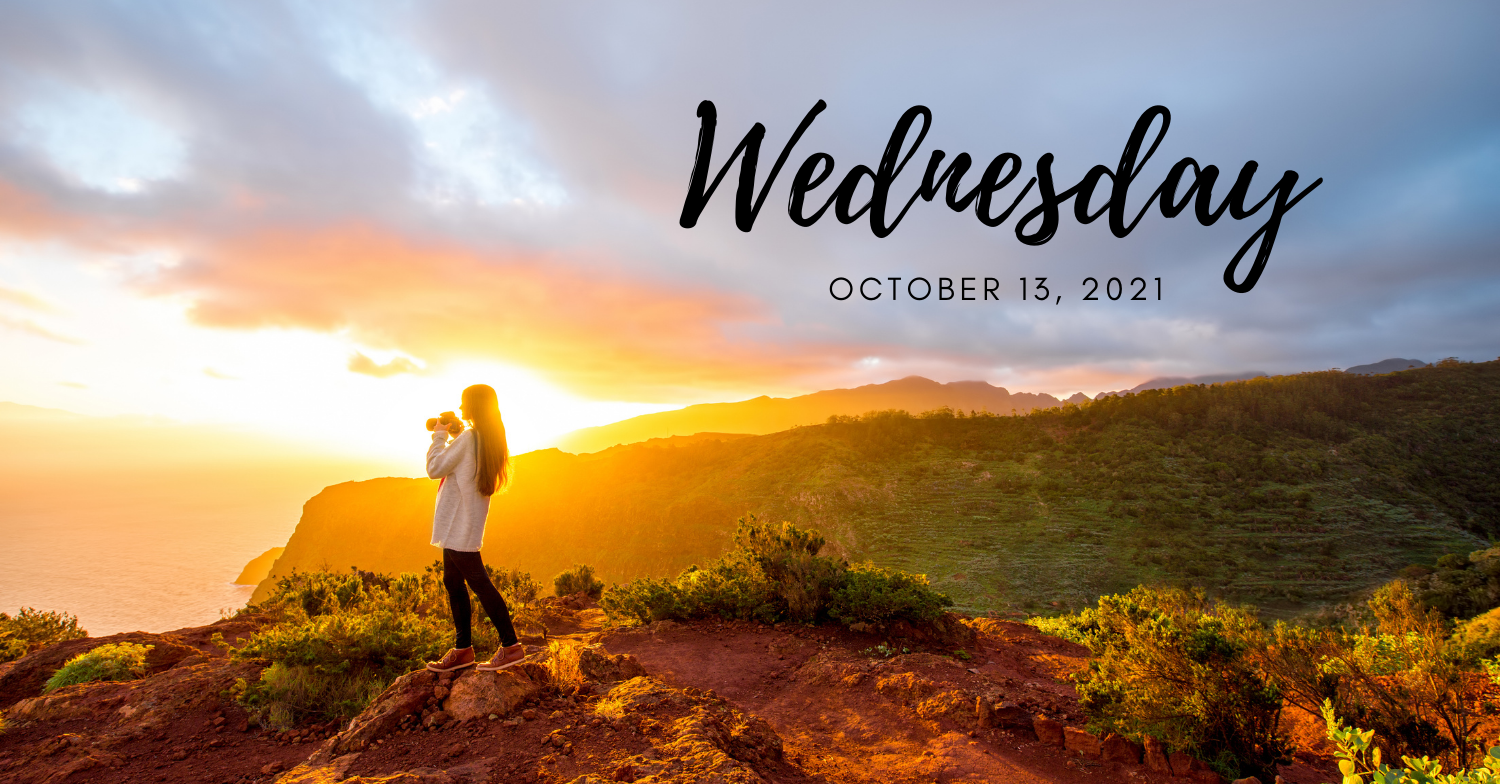 * Amazon To Allow Employees To Work Mostly From Home Indefinitely

* Gas Prices On The Rise, Leaving Only 8 States Under $3 Per Gallon

* White House Calls Out Governors Who Are Against Vaccine Mandates

* Urge To Ensure Their Children Test Regularly And Get Vaccinated

Yahoo Finance's Alexis Keenan breaks down Apple's request to block the order that would change its app store rules by allowing app developers to direct users to other purchasing methods and communicate directly with customers.

The debate in America surrounding vaccines and vaccine mandates continues to rage on.

Recently more than 2,000 flights were canceled by Southwest Airlines, and opponents of vaccine mandates on Twitter - including a significant number of outright anti-vaxxers - have linked the cancelations to new Covid-19 requirements.

They believe that Southwest employees and pilots called out in response to the company’s vaccine mandate and have since shown their support for the seemingly anti-vax disruption online.

The alleged protest has since been dubbed as the #FreedomFlu, referring to the individuals exercising their freedom of choice to refuse the coronavirus vaccine.

The name is a play on the “Blue Flu” which is the name given to strikes undertaken by police officers in which a large number simultaneously use sick leave.

Similarly, many believe that airline employees are striking against the vaccine mandates.

It’s worth noting that both the airline and pilots union have said the numerous flight disruptions have nothing to do with the new mandates. Instead, they’ve blamed bad weather and air traffic control issues. Read More

Amazon To Allow Employees To Work Mostly From Home Indefinitely

SEATTLE - Amazon is trying to get their employees back to the workplace by 2022, but with so many offices around the globe, they are leaving that decision to individual teams and their managers.

CEO Andy Jassy wrote a message to employees grateful for their work during the pandemic. It has been an unprecedented time for thousands of workers, many of whom stepped up their online orders while working from home.

"It hasn’t been easy and not everything has gone perfectly, but the impact you’ve had on the lives of consumers, sellers, developers, enterprises, creators, and brands in helping them cope with this discontinuity has been remarkable," wrote Jassy.

Originally, the company aimed to have employees back in the office by September 2021, but that date was pushed back to January 2022, with the expectation of working in-person at least three days a week.

But, as Amazon has teams all over the world, Jassy said there would not be a one-size-fits-all approach to returning to the office.

Instead, the decision will be left to those teams. Jassy expects some teams will remain working mostly remotely, others may work both remote and in-person, and others still may choose to work mostly in-person. Amazon leadership does ask workers to be close enough to their core team that they can travel to the office for an in-person meeting within a day’s notice. Read More

The popular live streaming platform Twitch says a "malicious third party" is behind a massive data breach of the website, including source code, revenue figures for some of the platform's top streamers and much more. CBS News technology reporter Dan Patterson joins CBSN AM to discuss.

Gas Prices On The Rise, Leaving Only 8 States Under $3 Per Gallon

Gas prices have jumped across the nation as oil prices reach a 7-year high, leaving only eight states with prices under $3 per gallon.

The average price of gas across the nation stands at about $3.25 per gallon after jumping from 5.2 cents from a week ago, according to Patrick de Haan, head of petroleum analysis for GasBuddy.

Prices are up 7.5 cents compared to a month ago and up more than $1 from a year ago, according to GasBuddy data compiled from more than 150,000 gas stations across the country.

Diesel, meanwhile, is up more than 10 cents compared to last week and stands at $3.45 per gallon, according to the data.

At the same time, "the nation’s gas prices were also pushed to their highest since 2014, all on OPEC’s decision not to raise production more than it already agreed to in July," said De Haan. Read More

With cities throughout the United States either mulling potential Covid-19 vaccine mandates for city workers or approaching declared deadlines, nationwide data illustrates the significant impact mandates issued by major municipalities have had on inoculation rates among workers.

After San Francisco mandated vaccinations among all of its employees, becoming the first major city to take this measure, the immunization rate among city workers spiked from 55% in June to 94% as of last week.

The vaccination rate for city workers in Walnut Creek, California, sat at 65% this summer when a mandate was announced but has since risen to 86%.

San Jose saw a similar increase, from 84% to 93%, according to the San Francisco Chronicle.

In New York City, there is a massive difference in the inoculation rates among agencies that have required their workers to get their shot and those that have not.

New York City's public school educators and healthcare workers were told they had to get jabbed or lose their jobs, which has resulted in 95% of city teachers and 93% of hospital and nursing home workers getting immunized.        Read More

White House Calls Out Governors Who Are Against Vaccine Mandates

After surveying over 1,000 hiring managers, ResumeBuilder found that one in three of them would automatically eliminate a resume if the candidate did not disclose their COVID-19 vaccination status.

ResumeBuilder is a company that utilizes the skills of certified resume writers, experts, hiring managers and employers that assess resumes and job posts to help hopeful candidates snag the jobs they apply for, according to the company’s website.

The survey, conducted by ResumeBuilder earlier this month, found that of the 1,250 hiring managers questioned, about 69% said they were more likely to hire someone that was already fully vaccinated against COVID-19.

"Among all hiring managers, 33% will automatically eliminate resumes that don’t include a vaccination status. Another 32% will give priority to applicants who indicate on their resume that they are vaccinated," ResumeBuilder wrote in an article explaining their findings.

As of mid-August, ResumeBuilder said about 63% of companies were mandating COVID-19 vaccines for employees and, of that 63%, about 77% of employers said they preferred to see an applicant's vaccination status on their resumes.  Read More

BATON ROUGE - The District Attorney's Office held a free vaccination event where residents could get their shot and have help filling out record expungement paperwork.

Moore said the event typically happens monthly at City Hall. He added that the office also helped fill out fee waiver forms for all who qualified. Read More

LONDON, Oct 11 (Reuters) - China has won the artificial intelligence battle with the United States and is heading towards global dominance because of its technological advances, the Pentagon's former software chief told the Financial Times.

China, the world’s second largest economy, is likely to dominate many of the key emerging technologies, particularly artificial intelligence, synthetic biology and genetics within a decade or so, according to Western intelligence assessments.

Nicolas Chaillan, the Pentagon's first chief software officer who resigned in protest against the slow pace of technological transformation in the U.S. military, said the failure to respond was putting the United States at risk.

"We have no competing fighting chance against China in 15 to 20 years. Right now, it’s already a done deal; it is already over in my opinion," he told the newspaper. "Whether it takes a war or not is kind of anecdotal." Read More

Federal agency and department heads can begin enforcing President Joe Biden's vaccine mandates for its employees early next month, according to new guidance from the US Office of Personnel Management. In order to be considered fully vaccinated by the November 22 deadline, federal employees must receive their final vaccine dose by November 8. An OPM memo issued Friday sets November 9 as the first day that agencies can start taking disciplinary actions for federal employees who still refuse to get vaccinated without a legal exception.

Federal agency and department heads can begin enforcing President Biden's vaccine mandates for its employees early next month, according to new guidance from the US Office of Personnel Management. https://t.co/Ae1FrZNken

COVID-19: Parents Of Secondary School And College Students Urged To Ensure Their Children Test Regularly And Get Vaccinated

The education secretary and health secretary have written to parents of secondary school and college students, urging them to ensure their children are testing regularly and also encouraging them to get vaccinated against coronavirus.

This has led some education unions to call for the reintroduction of extra safety measures in schools.

"We know that students have missed a lot of time in school and college since the pandemic started, and that there is no substitute for face-to-face learning," the ministers say in their letter.

"Keeping students in the classroom in the coming months is therefore a Government priority, both for their immediate and longer-term wellbeing. Read More