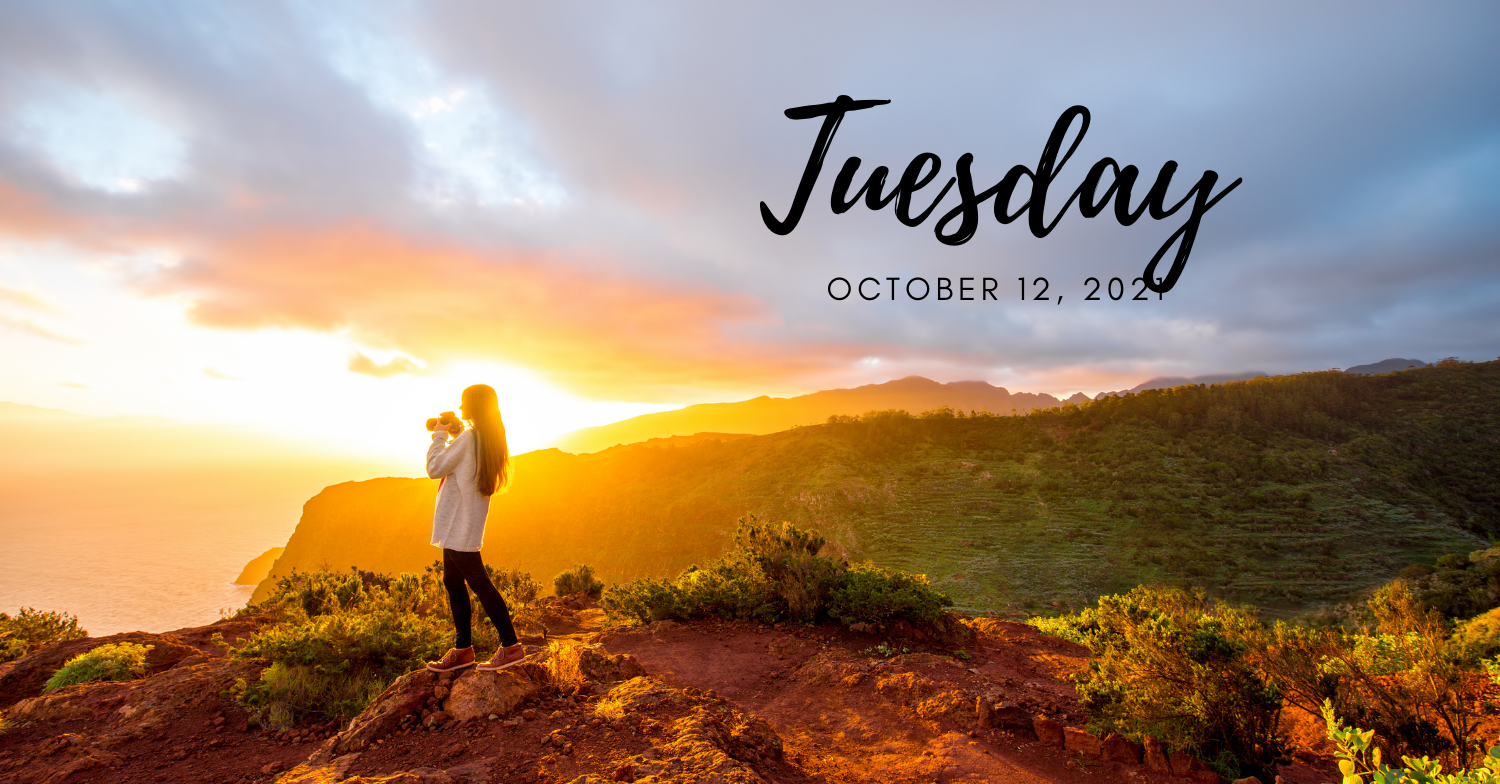 * Iceland Bans Moderna Vaccine Use Due To Heart Inflammation Risk

* 'There Is No Need To Create Another Church, But To Create A Different Church,' Francis Says Before Synod

* Lebanon In Blackout As Power Stations Run Out Of Fuel

The nation’s top infectious disease expert Dr. Anthony Fauci is giving the green light for kids to trick or treat this Halloween after many missed out last year due to the coronavirus pandemic. Marianne Favro reports.

Several asteroids comparable in size to the Washington Monument and Great Pyramid of Giza are heading towards Earth within the next few weeks, according to NASA's asteroid tracker.
Each of these asteroids has a maximum estimated diameter of around 160 meters or more. This is notable, as an asteroid must have a diameter of at least 140 meters to be considered a Potentially Hazardous Asteroid (PHA).
The first asteroid coming towards Earth, dubbed 2021 SM3, ranges in size between 72 meters and 160 meters, and is set to fly past the Earth on October 15. For comparison, the Washington Monument is 169.29 meters tall, and the Great Pyramid of Giza stands at 130 meters. Read More

Knesset caucus to focus on economic and tourism potential of historic pact between Israel, four Arab countries Former US president Donald Trump's daughter Ivanka Trump and her husband Jared Kushner, who both served as senior White House advisers, will attend the launch of the Abraham Accords Caucus at the Knesset (Israel parliament) on Monday. "The launch of the caucus will focus on the enormous economic and tourism potential, the deepening of relations with countries in the region and the possibility of new agreements with additional countries," the media invitation said.

Iceland Bans Moderna Vaccine Use Due To Heart Inflammation Risk

Iceland on Oct. 8 halted the use of the Moderna vaccine against the CCP virus due to reports from Nordic countries of “increased incidence” of inflammation of heart muscle and tissues triggered by the injection.

Sweden, Finland, Denmark, and Norway have already limited the use of the Moderna vaccine over the same concerns. Iceland went further than its neighbors and stopped using the vaccine entirely.

“In recent days, there has been data from the Nordic countries on the increased incidence of myocarditis and pericarditis after vaccination with Moderna vaccine in addition to vaccination with Pfizer/BioNTech (Comirnaty),” an announcement from Iceland’s Directorate of Health stated.

Sweden limited the use of the Moderna shot on Oct. 6 to those born before 1991. The Swedish health agency said at the time that new data from Swedish and other Nordic sources “indicate that the connection is especially clear” between Moderna’s vaccine and side effects “especially after the second dose.”

“Both myocarditis and pericarditis often go away on their own, without causing any lasting problems, but suspicious symptoms should be assessed by a doctor at … a health center or emergency room,” the agency stated, noting that “medical treatment and monitoring in hospital may be needed in established cases.”

PG&E will start wind-related safety shutoffs around 4 a.m. Monday morning for about 25,000 targeted customers in small portions of 20 counties, the utility announced Sunday.

‘There Is No Need To Create Another Church, But To Create A Different Church,’ Francis Says Before Synod

“There is no need to create another church, but to create a different church,” Pope Francis said—quoting the words of Yves Congar O.P., one of the great theologians of the Second Vatican Council—in his talk to a gathering of more than 200 cardinals, bishops, clergy, religious and laity from all over the world.

They had come together on Oct. 9, wearing masks, in the Vatican synod hall for “a day of reflection” organized by the synod secretariat, headed by Cardinal Mario Grech of Malta, prior to the formal opening of the two-year-long synod on synodality by Pope Francis at Mass in St. Peter’s Basilica tomorrow, Oct. 10.

The synod is intended to involve all the baptized—bishops, clergy, religious and laity—at the diocesan and continental levels, and will conclude with a plenary assembly of bishops at the Vatican in October of 2023.

This is Francis’ fourth synod—after the synods on the family, youth and Amazonia—but is perhaps the most important of all as he envisages it as the path to a profound renewal and transformation of the Catholic Church worldwide, through the participation of all the baptized. He explained this in his talk this morning, which drew warm applause from those present when he finished speaking, and which Cardinal Grech declared, “offers direction” to the whole synodal process. Read More

VATICAN CITY, Oct 9 (Reuters) - Pope Francis met on Saturday with U.S. House Speaker Nancy Pelosi, a Catholic who has come under criticism from some bishops in the United States for her support for abortion rights.

Their meeting took place several weeks before Joe Biden is expected to meet the pope while the U.S. president is in Rome for talks between leaders of the Group of 20 major economies.

Biden, the second Catholic U.S. president, has said he is personally opposed to abortion but, as a politician, cannot impose his views. Pelosi, who has five children, has said she supports a woman's right to choose.

Biden's administration and Pelosi have urged judges to block a new Texas law which bars abortions from six weeks, saying it is unconstitutional. The ban was temporarily reinstated on Friday by a conservative-leaning appeals court.

The Catholic Church teaches that human life begins at the moment of conception and Biden and Pelosi have been criticised by conservative Catholic media and U.S. conservative bishops, some of whom say neither should be allowed to receive communion. Read More

Have you ever hid an SD card full of nuclear secrets in a peanut butter sandwich and then tried to sell it to a foreign country for tens of thousands of dollars in cryptocurrency only to find out it was an FBI sting all along? Chris Hayes and Frank Figliuzzi unpack this bonkers—but true—story.

Communist China significantly increased its stock of equipment used in coronavirus tests months right before the coronavirus pandemic erupted in Wuhan, according to a new report.

“There was a buy-up of coronavirus testing equipment in Wuhan in 2019, with purchasing contracts increasing by more than 50 per cent from the year before,” The Australian reported. “Official Chinese government procurement data shows the buy-up of PCR equipment began in July 2019. The data has been handed to intelligence officials investigating the origins of Covid-19.”

Cybersecurity analyst Robert Potter, who helped recover the purchase data, said, “You can see across the trend that, starting in May and all the way through to December, you see a massive increase in PCR procurement data.

“Some of this may be benign but taken together it gives us a trend that comprehensively challenges the official narrative that the pandemic started in December,” Potter said. “It also shows there’s a significant amount of procurement from the government level, the PLA and the Centre for Disease Control, as well as sensitive laboratories that are in the Hubei province.” Read More

Lebanon In Blackout As Power Stations Run Out Of Fuel

Lebanon was plunged into a total blackout Saturday after two main power stations went offline because they ran out of fuel, the state electricity corporation said.

The Mediterranean country is battling one of the planet's worst economic crises since the 1850s, and has in recent months struggled to import enough fuel oil for its power plants.

Lebanon was plunged into a total blackout Saturday after two main power stations went offline because they ran out of fuel, the state electricity corporation saidhttps://t.co/GROGYx3OzR

Former President Donald Trump will not give President Joe Biden and congressional Democrats what they want.

Trump on Friday fired his first salvo in what likely will be a long legal fight to protect his presidential records from Democrats who have set up a commission to investigate the Jan. 6 Capitol incursion.

Trump has demanded in a letter to the National Archives that it not release records to the panel due to legal issues “including but not limited to the presidential communications, deliberative process, and attorney-client privileges.”

Trump followed that by calling the situation a political “game,” according to the New York Post.

“The Radical Left Democrats tried the RUSSIA Witch Hunt, they tried the fake impeachments, and now they are trying once again to use Congress to persecute their political opponents. Their requests are not based in law or reality—it’s just a game to these politicians,” Trump said in a statement. Read More

Blair Levin, New Street analyst, joins The Exchange to talk about Facebook. He follows up on an assertion by Sen. Richard Blumenthal last week that Facebook could go down a similar path of tobacco companies in the last century.

EXPLANATORY NOTE TO THE EXERCISE SCRIPT:
In their roles as National Security Council (NSC) members responding to the smallpox
crisis, exercise participants were given information about unfolding events in four
important ways: briefings, memos, newspaper summaries, and video news clips.
• Each of the three segments began with briefings delivered to the NSC meeting by
exercise controllers playing the roles of deputies or special assistants. Subsequent
briefings in each segment provided NSC “players” with possible policy options
for consideration.
• Throughout the exercise, individual participants were given memos on issues or
events within the purview of their position or agency. Participants responded to
events in whatever way the felt appropriate.
• The exercise began with a briefing on the geopolitical context in which the
scenario occurs. At the start of segments 2 and 3, summaries of relevant news
coverage of the epidemic were shown.
• At five different times in the exercise, video news clips were shown which
conveyed the breaking news stories occurring at that time in the scenario. The text
of the news clips is not shown in this exercise script.
This script includes only information that was delivered to the participants. The
comments and decisions made by participants during the exercise are not part of this
exercise script. They will be summarized in separate reports.