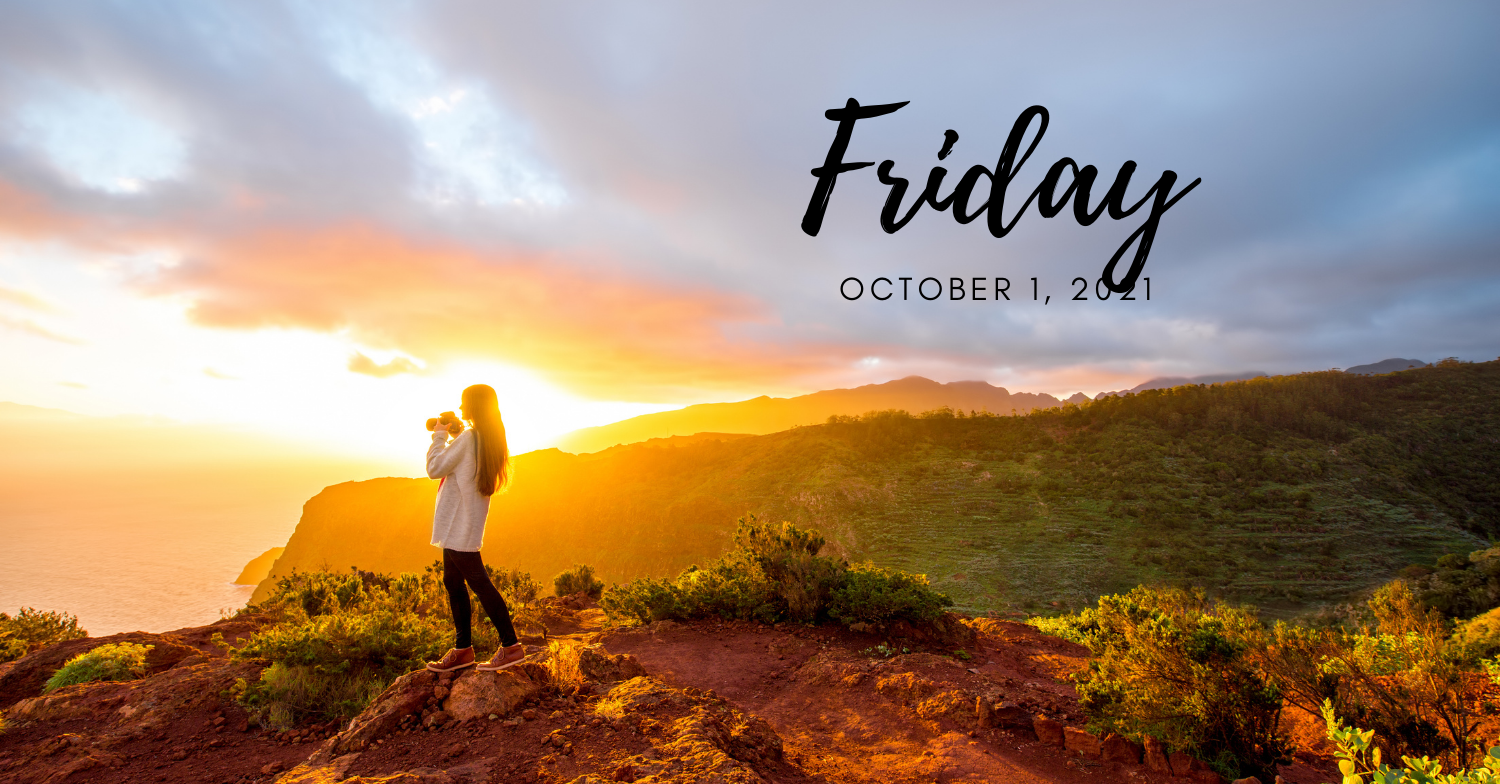 * Study: Police Kill More People In This State Than Any Other And Many Deaths Go Unreported

Hurricane Sam and Tropical Storm Victor remain out in open water and are not expected to impact land, according to FOX 13 Meteorologist Jim Weber. Hurricane season peaked on September 10 and Weber says activity tends to drop off quickly past that date.

You know what’s going on La Palma? The strong eruption of Cumbre Vieja all started with an unprecedented swarm of earthquakes. Is it going to be the same for Mt. Keilir in Iceland?

A short, sharp earthquake of magnitude 3.7 was clearly felt across the southwest of Iceland, and as far away as Borgarnes, just before 02.00 this morning, local time.

Meanwhile, around 700 earthquakes have been registered around Mt. Keilir on the Reykjanes peninsula during the past day.

The largest quake’s epicentre was between Keilir and Litli hrútur, according to Met Office natural hazards specialist Bjarki Kaldalón Friis.

The earthquake swarm began on Monday and included 700 shakes yesterday and 400 so far today.

The M3.7 quake followed a M3.5 at around 11.00 a.m. yesterday morning, and a handful of others around M3. The quakes are occurring at a depth of 6-7 kilometers and there is no sign of volcanic unrest. Read More

Mail delivery for many Americans will slow starting on Friday, part of Postmaster General Louis DeJoy's blueprint for overhauling the U.S. Postal Service in order to slash costs. But critics say the slower delivery standards could cause problems such as late bill delivery while more broadly undermining the public's faith in the USPS.

Almost 4 of 10 pieces of first-class mail will see slower delivery, according to Paul Steidler, senior fellow at the Lexington Institute and an expert on the postal service. That "means mail delivery will be slower than in the 1970s," he said, calling DeJoy's plan "disastrous."

Starting tomorrow, the postal service's current three-day delivery standard for first-class mail — letters, bills, tax documents and the like — will drop to delivery anywhere within the U.S. within five days. In other words, Americans should now expect that letters and other mail could take up to five days to reach their destinations, and vice versa.

The USPS will continue to have a two-day delivery standard for single-piece first-class mail traveling within a local area, a USPS spokeswoman said, adding that the postal service has improved its delivery standards in 2021.            Read More

California Gov. Gavin Newsom (D) signed a bill on Thursday that will return a historic piece of land in Manhattan Beach to the descendants of a Black couple who owned it almost a century ago.

The land, known as Bruce's Beach, was once a resort for Black beach visitors in the predominantly white city of Manhattan Beach, where Black people currently account for only 1 percent of the population, according to The Los Angeles Times.

The beachfront land was taken from the Bruce family with racial, false and unlawful motivations, the Times said.

“As Governor of California, let me do what apparently Manhattan Beach is unwilling to do: I want to apologize to the Bruce family,” Newsom said, according to the Times, before passing his pen to Anthony Bruce, the great-great grandson of the land's original owners.

California state Sen. Steven Bradford (D), who wrote the bill, added it should "set the tone for the future of reparations in California." Read More

President Biden signed off late Thursday on a resolution that will keep the U.S. government open. The measure will fund federal agencies through December 3. CBS News congressional correspondent Nikole Killion joins CBSN's Lana Zak with the latest from Capitol Hill.

Orca Computing, founded two years ago by Oxford academics led by Prof Ian Walmsley, whose work on photonics is at the heart of the company, says its novel approach will make quantum computing more commercially viable.

Chief executive Richard Murray plans to demonstrate the device at an industry event later this year.One expert said the challenge would be scaling it up to make it powerful.

Most of the major players in this field, including Google and IBM, use an approach involving freezing qubits, the building blocks of a quantum computer, down to near absolute zero.

And this means large machines with costly infrastructure around them.Opening what looks like a standard server cabinet in Orca's compact offices on a west London science park, Richard Murray points to the computer and says: "We're completely changing the way people view quantum computers.

"Firstly, it's not cryogenically cooled, it's all at room temperature."And you'll also see it looks a lot like a normal computer would - it's a rack-mounted system, it looks very unspecialist. Read More

Earlier this month, a student at one of the country’s most eminent law schools received an email announcing that a fellow classmate had anonymously lodged a complaint against him. The allegation: that he had violated University policy by engaging in prohibited behaviors, such as momentarily lowering his face mask to take a drink of water during a 90-minute lecture.

Ironically for a top tier law school — at which vaccination had already been mandated, and where basic precepts of due process are presumably taught — the student was denied any opportunity to be apprised of his accuser’s identity. Nor was he advised of any adjudicatory process to contest the allegations. So the complaint just hangs there, in a kind of creepy administrative limbo, and there’s apparently nothing he can do about it.

I would love to provide more specifics — including the name of the law school, and the exact obnoxious quotes emailed by the Dean in question — but I cannot. Because the person who gave me these emails is extremely worried, probably for good reason, that going on-record could jeopardize his life in all manner of ways. Including social ostracization, compromising future employment prospects, and perhaps even inviting additional retribution from what I’ve been told is a highly ‘assertive’ crew of official disciplinarians. Read More

Red hot bubbling lava on Thursday was filling the Halema'uma'u crater of Hawaii’s Kīlauea volcano during its first eruption in nearly a year, according to the U.S. Geological Survey

Ethiopia’s government has ordered the expulsion of seven senior United Nations officials from the country for “meddling” in its internal affairs.

.@mfaethiopia declared ”persona non grata” for seven individuals who have been working for some #UN humanitarian agencies in #Ethiopia for meddling in the internal affairs of the country. They must leave the country within the next 72 hrs. 30 September 2021 pic.twitter.com/IDHv6AD145

With a potential default looming for the U.S. in October, Treasury Secretary Janet Yellen said Thursday she would just as soon see the power over debt limits taken away from Congress.

A bill introduced in May would repeal the national debt ceiling, and Yellen said “yes, I would” when asked during a House hearing if she backs the effort.

She noted Congress makes the decisions on taxes and spending, and should provide the ability to pay those obligations.

“If to finance those spending and tax decisions, it’s necessary to issue additional debt, I believe it’s very disruptive to put the president and myself, the Treasury secretary, in a situation where we might be unable to pay the bills that result from those past decisions,” she said in response to a question from Rep. Sean Casten, D-Ill.

The remarks were made during a hearing before the House Financial Services Committee on the Treasury and the Federal Reserve’s economic response to the Covid pandemic.

Casten said he was asking Yellen about the concept of removing the debt ceiling and not the particular bill, introduced by Rep. Bill Foster, also an Illinois Democrat, along with a trio of Democratic senators. Read More

Study: Police Kill More People In This State Than Any Other. And Many Deaths Go Unreported.

Oklahoma has the highest mortality rate of police violence of all 50 states and the highest rate of underreporting the killings, according to estimates in a study released Thursday.

About 84% of police killings in the state from 1980 to 2018 were unreported or misclassified in official government reports, according to the peer-reviewed study in The Lancet, one of the world's oldest and most renowned medical journals.

The study, which involved more than 90 collaborators, compared data from the U.S. National Vital Statistics System, an inter-governmental system that collates all death certificates, to three open-source databases, which collect information on fatal police violence from news reports and public record requests.

Nationwide, more than 55% of deaths from police violence from 1980 to 2018 were misclassified or unreported, the study estimated. Read More

Vice President Kamala Harris’ office is working behind the scenes to mend relationships with pro-Israel Democrats after not pushing back on a student who, in asking her a question, accused Israel of “ethnic genocide.”

On Thursday, Harris' senior staff contacted the influential Democratic Majority for Israel to clean up remarks she made Wednesday at George Mason University where Harris was visiting a classroom of students. "We were pleased Vice President Harris’s senior staff reached out to us today to confirm what we already knew: Her ‘commitment to Israel’s security is unwavering,’” said Mark Mellman, the president of the group.