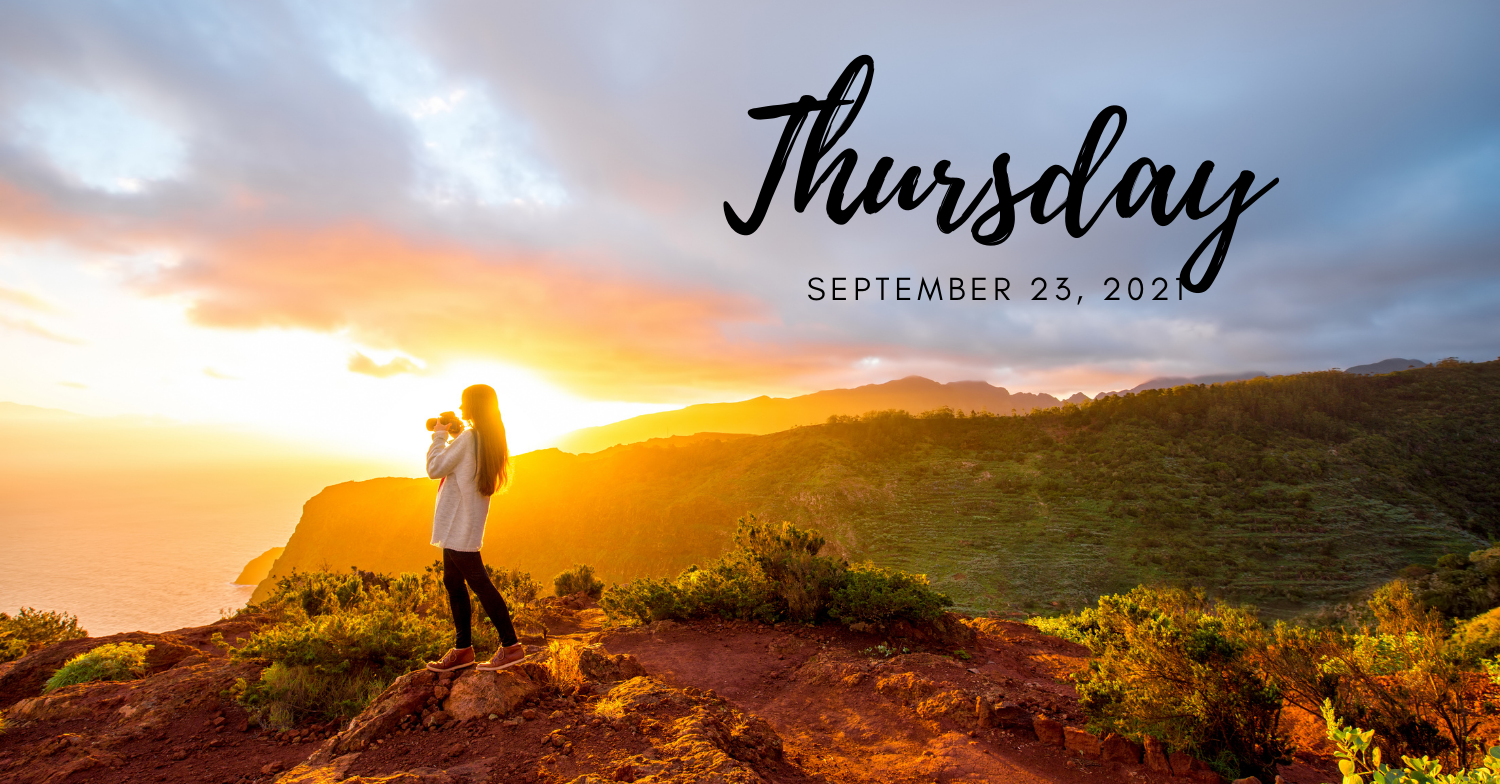 * 'My Whole Life In A Van' Islanders Flee Spanish Volcano

* Covid: New Rules For The Unvaccinated In Germany

U.N. Secretary-General Antonio Guterres accused global powers of hubris in the face of coronavirus vaccine inequalities, the climate crisis, and ‘billionaires joyriding to space while millions go hungry on Earth.’

The Food and Drug Administration authorized Pfizer and BioNTech’s Covid-19 booster shots for people 65 and older and other vulnerable Americans six months after they complete their first two doses, making many Americans eligible to receive the shots now.

The FDA’s decision largely follows recommendations given Friday by its key vaccine advisory committee at a more than 8-hour agency meeting. The Vaccines and Related Biological Products Advisory Committee voted 16-2 against distributing the vaccines to Americans 16 and older, before unanimously embracing an alternate plan to give boosters to older Americans and those at a high risk of suffering from severe illness if they get the virus.

Though Americans 65 and older make up roughly 17% of the U.S. population, they are the most at risk of dying from Covid, accounting for more than 77% of all Covid deaths, according to the Centers for Disease Control and Prevention.

The FDA granted emergency use authorization to administer the shots to older Americans and people from 18- to 64-years-old with medical conditions that place them at risk of getting severely sick. The agency also included a broad definition of people from 18 to 64 “whose frequent institutional or occupational exposure” to the virus place them at a high risk of developing serious complications from Covid. That leaves enough wiggle room for the CDC to potentially clear third doses for people in nursing homes, prisons, front-line health employees and other essential workers who were among the first Americans who got the initial shots in December. Read More

A new variant of the coronavirus which originated in Japan has now been detected at a nursing home in Kentucky, where it infected 45 residents and healthcare workers.

The R.1 variant of the virus is related to the original coronavirus strain and contains "many unique mutations" that can lead to “increased resistance to antibodies in convalescent sera and to neutralising monoclonal antibodies."

The evolved variant was successful in affecting multiple vaccinated people by circumventing antibodies. The variant was detected in April in an outbreak at a Kentucky nursing facility where nearly all residents were vaccinated.

An investigation by the Kentucky Department of Public Health revealed an unvaccinated, infected staffer initiated the outbreak in early March.

Former Harvard Medical School professor and infectious disease expert Dr William A Haseltine, in an article published in Forbes, suggested that the "R.1 is a variant to watch" as it has already "established a foothold in both Japan and the United States".

According to the GISAID SARS-CoV-2 database, the variant has infected over 10,000 people globally. The variant shares the highly infectious D614G mutation that is present in other variants of concern such as the Delta, Alpha, Beta and Gamma. Read More

Department of Homeland Security Secretary Alejandro Mayorkas is touting a raft of new programs aimed to combat domestic extremism—many of which are raising red flags among interest groups across the political spectrum.

The new DHS plans follow a March intelligence community report that deems white supremacy and violent domestic extremism as the most dangerous terror threat to the homeland. Mayorkas made similar statements at a Sept. 21 Senate Homeland Security Committee hearing on counterterrorism.

“Today, U.S.-based lone actors and small groups, including homegrown violent extremists and domestic violent extremists—who are inspired by a broad range of ideological motivations—pose the most significant and persistent terrorism-related threat to our country,” he said.

MUNICH, Sept 22 (Reuters) - Battery power may be the frontrunner to become the car technology of the future, but don't rule out the underdog hydrogen.

That's the view of some major automakers, including BMW (BMWG.DE) and Audi (VOWG_p.DE), which are developing hydrogen fuel-cell passenger vehicle prototypes alongside their fleets of battery cars as part of preparations to abandon fossil fuels.

They are hedging their bets, calculating that a change in political winds could shift the balance towards hydrogen in an industry shaped by early-mover Tesla's (TSLA.O) decision to take the battery-powered road to clean cars.

Global auto hub Germany is in sharp focus. It is already betting billions on hydrogen fuel in sectors like steel and chemicals to meet climate targets, and closely-fought elections this month could see the Greens enter the coalition government and further push the technology. Read More

‘My Whole Life In A Van’: Islanders Flee Spanish Volcano

TODOQUE, Canary Islands -- A wall of lava up to 12 meters (40 feet) high bore down on a Spanish village Wednesday as islanders scrambled to save what they could before the molten rock swallowed up their homes following a volcanic eruption.

A wall of lava up to 40 feet high is bearing down on a Spanish island village following a volcanic eruption. https://t.co/WNV7XWnGKV

COVID: New Rules For The Unvaccinated In Germany

For those who have chosen not to get vaccinated in Germany, life could become more expensive in the coming months. Quarantine compensation payments and free coronavirus tests are set to be scrapped soon.

German health authorities have decided on Wednesday that starting on November 1, the unvaccinated will not receive compensation for lost pay if coronavirus measures forced them to quarantine.

This will affect people who test positive for the virus and those returning from trips to countries designated "high risk" for COVID-19, which currently include the UK, Turkey, and parts of France.

Critics have said such rules would be equivalent to making COVID vaccinations mandatory, as many workers cannot afford to stay at home without pay.

The loss of earnings for all citizens who have to quarantine and cannot work because of a suspected or actual coronavirus infection has, until now, been paid for by the state.

Health Minister Jens Spahn defended the new move, saying: "Why should others pay for the fact that someone has decided not to be vaccinated?" He did stress that it is still the right of every citizen to choose not to get vaccinated; His center-right Christian Democrat party (CDU) has staunchly opposed compulsory vaccinations across the board.      Read More

Donald Trump filed a lawsuit Tuesday against his niece Mary Trump and the New York Times stemming from explosive news articles about the former president’s taxes and finances.

Prime Minister Naftali Bennett became a millionaire through his hi-tech ventures, but he might need to be more humble when it comes to managing the country’s health.
Last weekend, the prime minister wrote a column about why Israel decided to administer a third booster shot to all citizens over the age of 12, in which he accused public health experts of being “conservative” and “risk-averse.”
Public health professionals, however, say they are not “risk-averse” but “cautious” – and that is exactly what citizens deserve.
“The hi-tech industry prides itself on taking risks, not being put down by failures, but this is not the case in health,” said former Ben-Gurion University of the Negev president Prof. Rivka Carmi. “When we launch a campaign to introduce a new drug, or in this case a vaccination, we have to be extremely careful.”
In public health there is a concept called the precautionary principle, which means that “when there are threats of serious damage, scientific uncertainty must be resolved in favor of prevention,” according to an article published in the American Journal of Public Health. Read More
*******************************************************************

September 22, 2021 - The Lord woke up Dr. June at 3 am with this revelation about what is happening. We are in a time of great deception. The BEAST uses terms that are "familiar" with Christians, conservatives, gun-toting Southern people (Trump's followers). So, he uses terms that needs to be understood. One of them is "We The People". They make it sound like it's from the U.S. Constitution that we love so much. However, it's not. It means: