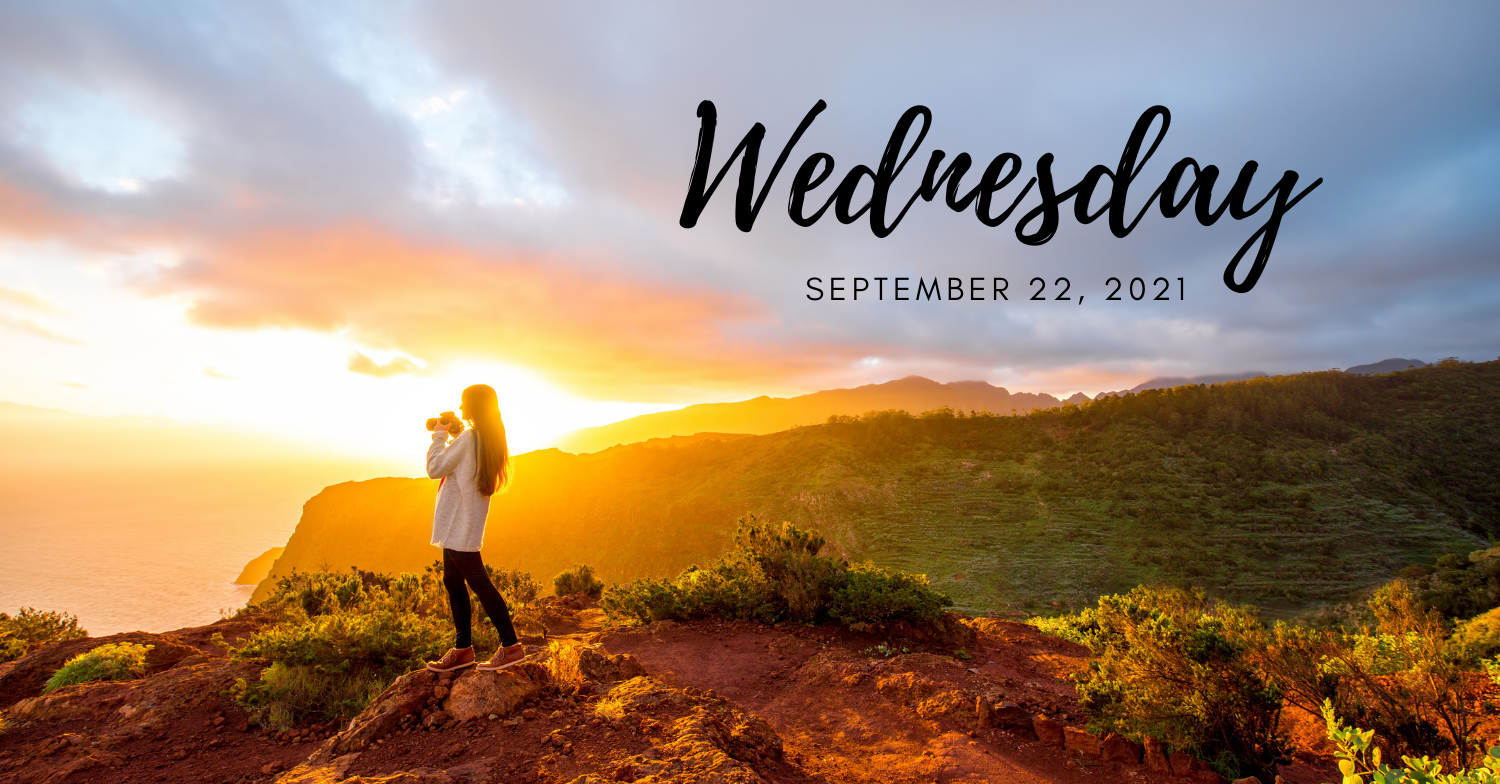 * WEF: This Mini- CRISPR Is Like A Tiny Swiss Army Knife

VP Kamala Harris and PM Boris Johnson speak about the US-UK relationship ahead of a bilateral meeting in the White House, as the two countries, along with Australia, enter a new defense partnership.

HOLLYWOOD, Florida (JTA) — When Orthodox Jewish clients approach local real estate agent Sharon Brandt looking for a home in this South Florida area, she tells them to make sure they have spots for their children in school before they buy.

When Rabbi Yoni Fein, head of school at the Brauser Maimonides Academy in Hollywood, gets inquiries from prospective parents from out of state, he asks them to make sure they can find a house before enrolling their children.

This Catch-22 of a simultaneous housing shortage and waitlists at area schools is no coincidence: Hollywood may be one of the fastest-growing Orthodox Jewish communities in the country.

“It’s very rare that a house comes up,” Brandt said of the housing market here. “The real shortage started in January, February, March of 2021. It’s just been insane.”

Throughout the pandemic, South Florida’s Orthodox Jewish communities from Miami all the way north to Boca Raton have experienced a major pandemic-driven population boom. And Hollywood, once home to a small Modern Orthodox community with just one Ashkenazi synagogue and one small Jewish day school, is quickly becoming one of the fastest-growing Orthodox communities in the country.

While the community has been growing over the past five years or so, the pandemic has proven to be a major driver of growth for South Florida. New and longtime residents of the area say the newfound flexibility of remote work, combined with frustration over COVID restrictions elsewhere, has driven people toward the more freewheeling Florida. That migration is changing Florida’s demographics from a retirement hub for aging Jews to an exciting place to live for young families. Read More

(Bloomberg) -- The British Soft Drinks Association said manufacturers have “only a few days” of carbon dioxide left in reserve to produce beverages and can’t import supplies from the European Union due to Brexit.

In the latest sign of how a widespread shortage of CO2 is causing shock waves in Britain’s food and drink sector, most carbon dioxide suppliers aren’t scheduling deliveries earlier than 24 hours in advance, which means manufacturers have no visibility on stock levels or when they will receive their next batch, the trade group said in a statement Monday.

The U.K. also can’t rely on imports from Europe as a Dutch plant it sources CO2 from is prioritizing EU clients and the Norwegian plant is shortly due to close for maintenance for up to two weeks, the group said.

Supplies of CO2 have been hit in Britain after fertilizer maker CF Industries Holdings Inc. responded last week to surging natural gas prices by closing U.K. plants that make carbon dioxide as a byproduct. Rival Yara International ASA is also curtailing European capacity. The knock-on effect on the food and drink industry has been sudden and dramatic as the gas is used in a number of ways from stunning pigs and chickens for slaughter to extending the shelf life of products and producing carbonated drinks. Read More

Presidents, premiers, monarchs, dignitaries, diplomats and their traveling staff members have been told by organizers they won’t have to show coronavirus vaccination passports or other proof of inoculation on arrival at U.N. headquarters on Turtle Bay, Manhattan.

When they're posing for one of their staged photographs the G7 elite all pretend, for propaganda purposes, that they are Covid regulation compliant. But look at what they got up to later... https://t.co/086ApEYCWJ

Epik has now confirmed that an "unauthorized intrusion" did in fact occur into its systems. The announcement follows last week's incident of hacktivist collective Anonymous leaking 180 GB of data stolen from online service provider Epik. To mock the company's initial response to the data breach claims, Anonymous had altered Epik's official knowledge base, as reported by Ars.

Epik is a domain registrar and web services provider known to serve right-wing clients, some of which have been turned down by more mainstream IT providers due to the objectionable and sometimes illicit content hosted by the clients. Epik's clients have included the Texas GOP, Parler, Gab, and 8chan, among others.

Turns out, the leaked data dump contains 15,003,961 email addresses belonging to both Epik's customers and non-customers, and not everyone is pleased with the news. This occurred as Epik had scraped WHOIS records of domains, even those not owned by the company, and stored these records. In doing so, the contact information of those who have never transacted with Epik directly was also retained in Epik's systems. Read More

(Bloomberg) -- Ten years ago, the poultry muscle disease known as white striping was almost nonexistent. Now, the fat-boosting ailment shows up in 99% of U.S. store-brand chickens, according to a Humane League study to be released Monday.

The animal-welfare nonprofit conducted an investigation in 29 states that found the affliction in virtually all grocery-store-brand chickens sampled. The illness is driven by the extreme conditions of factory farming, which turbocharges the raising process to a matter of weeks and puts undue physical stress on the animals, the Humane League said.

The disease’s name comes from its visible side effect: thin white stripes that appear on the meat’s surface. With the chickens unable to bear the weight of their own bodies, the disease causes the birds to replace some of their muscle tissue with fat.

As a result, chickens with white striping have fat content that is 224% higher than those without the affliction. The illness also decreases the meat’s protein content by 9%. Affected meat doesn’t taste any different than normal chicken, however.

Sep.21 -- The U.S. House has enough votes to suspend the debt limit to December 2022 and temporarily fund the government to avert a shutdown.

The first-in-human clinical trial for a candidate treatment for individuals living with human immunodeficiency virus type 1 is starting soon after its maker, Excision BioTherapeutics, today received an Investigational New Drug clearance from the U.S. Food and Drug Administration (FDA).

The FDA's IND approval sets the stage for the very first Phase I/II trial to evaluate EBT-101 as a functional cure for chronic HIV based on the endpoints of safety, tolerability, and efficacy.

EBT-101, an in vivo, CRISPR-based drug that targets HIV proviral DNA, is a unique gene therapy that leverages CRISPR's viral defense capability against bacteria. It uses an adeno-associated virus (AAV) to deliver a one-time treatment to functionally cure HIV infections. Preclinical studies show that it can excise HIV proviral DNA in multiple cell lines, including both human primary cells and multiple animal models and non-human primates.

CRISPR is a tool that has the ability to snip out HIV that has managed to coil itself into a patient's DNA cell. It is HIV's snake-like characteristic that has made it almost impossible to remove over the past decades. Read More

After decades of a race to the bottom on corporate taxation, a landmark agreement has been reached by 130 countries to implement a 15% global minimum corporate tax rate and ensure multinationals pay their fair share.
Can creating fairer and progressive taxation mechanisms help compensate for the uneven recovery the global economy is currently at risk of experiencing?

How can fairer and progressive taxation mechanisms help compensate for the uneven recovery the global economy is currently at risk of experiencing? Read More

Whether it's forming special foams that act as thermal switches, mixing with ceramics to form ultra-tough electrolytes or being used to cage delicate silicon particles, graphene is already shaping the future of battery technology in some interesting ways. Scientists in Sweden have now deployed a novel form of the wonder material in a sustainable sodium battery, and shown how it can be used to bring about a tenfold increase in capacity.

Scientists searching for new and improved battery designs are drawn towards widely abundant sodium as a replacement for expensive and difficult-to-source lithium. These sodium-ion batteries would function much like today's lithium-ion batteries, generating power by shuttling ions between a pair of electrodes in a liquid electrolyte, but as it stands their performance isn't quite up to scratch.

Part of the reason for this is because of the larger size of sodium ions, as compared to lithium ions, so they don't gel so well with the graphite electrodes that consist of stacked layers of graphene. Normally, ions would freely move in and out of the graphite electrode as the battery is cycled in a process known as intercalation, but the bulkier sodium ions are unable to be efficiently stored within the structure. This significantly hampers the sodium ion battery's performance and affords it a capacity of around 35 mAh/g, a tenth of what is offered by lithium-ion chemistry. Read More