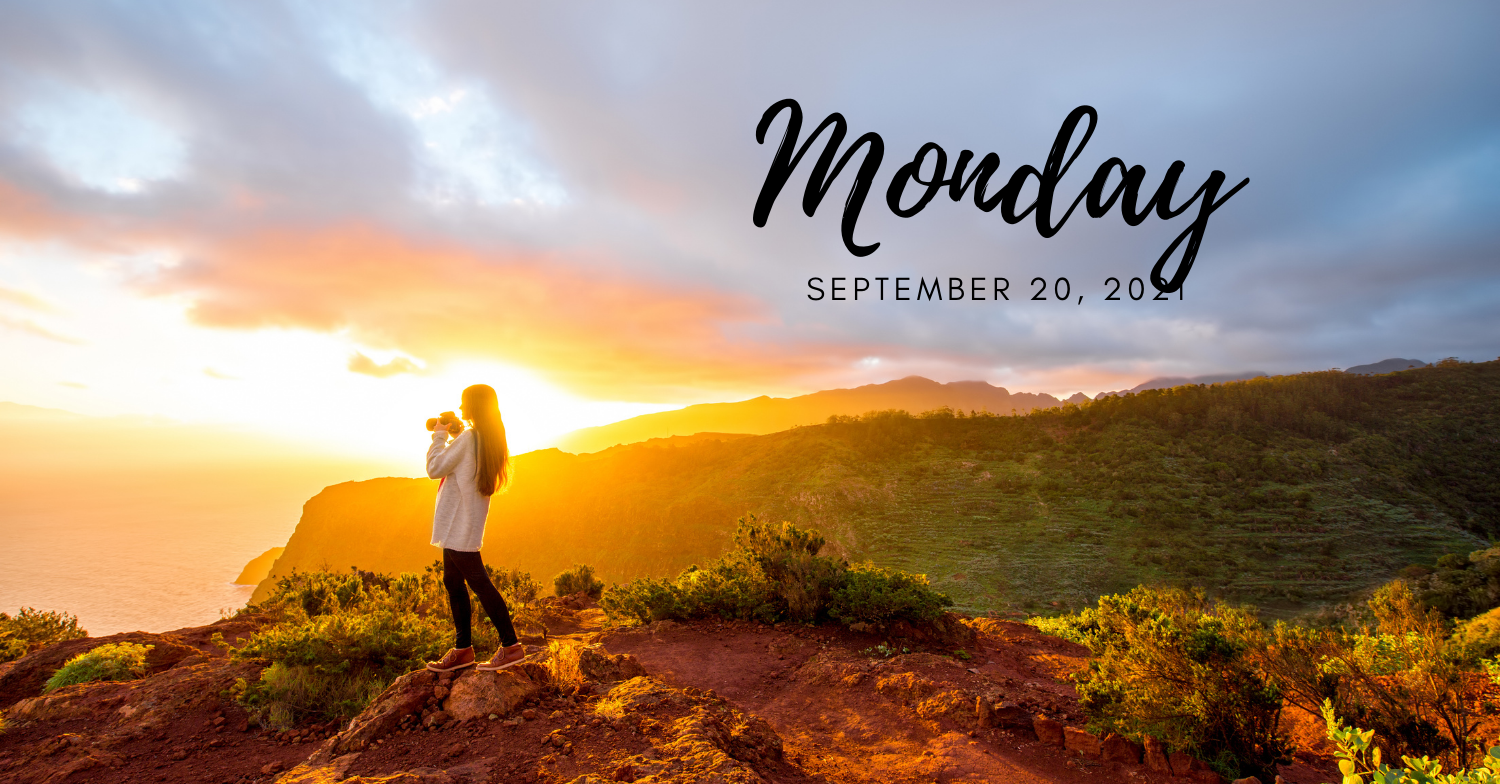 * Frances Macron To Hold Call With Biden Amid Crisis Over Submarines

* Christmas Dinners 'Could Be Cancelled' Thanks To CO2 Shortage

The Lake Worth Police hold a press briefing after a military plane crashed into a neighborhood.

Melbourne's Roadmap Out Of COVID Lockdown Has Been Released. Here's What It Looks Like

After weeks of hard lockdown, Victorian Premier Daniel Andrews has laid out a detailed roadmap on how his government plans to ease restrictions in Melbourne.

Painfully, it has confirmed lockdown will stay and most industries will be shut or highly restricted until the end of October, in a bid to prevent our health system from being overrun by COVID-19.

The roadmap's dates are based on vaccine rollout projections, and it's important to remember that these could be subject to change if our vaccination rollout speeds up or slows down.

And as has been the case throughout the pandemic, each step of eased restrictions will also be dependent on local health advice at the time.

With those caveats out of the way, here's what the roadmap suggests life will look like between now and Christmas for the city's roughly 5 million residents.Density limits feature throughout the roadmap, which it crunches down into these two abbreviations: Read More

(CNN)President Joe Biden on Friday signed an executive order adding measles to the list of quarantinable diseases roughly one week after several Afghan refugees who had recently arrived in the US tested positive for the disease, which led to a pause in flights of US-bound refugees.

Flights of Afghans, many of which are operated by commercial carriers, have been coming to the United States from military bases in Germany and Qatar.
The US Centers for Disease Control and Prevention directed questions to the National Security Council, which said, "The executive order adds measles to the list of diseases that (Department of Health and Human Services) and CDC have the authority to issue federal quarantine orders for, requiring individuals who have been diagnosed with or exposed to measles to self-isolate to protect public health.
"This action was taken at the request of public health officials, who cited the cases of measles among Afghans who recently arrived in the U.S. as well as several previous outbreaks of measles in recent years." Read More

Haitian migrants seeking to escape poverty and hunger say that they will not be deterred by the U.S.'s plans to send them back to their country.

A billboard hailing former President Donald Trump as the second coming of Jesus Christ has been taken down.

The advertisement was spotted near the city of Fort Oglethorpe in Georgia earlier this week by Washington Post political reporter Eugene Scott who posted a picture of it to Twitter.

It featured a picture of Trump looking on alongside a misquoted passage from the Bible which read: "Unto us a son is given and the government shall be upon his shoulders." The billboard incorrectly claimed that the quote came from Romans 8:17.

SkyFOX was over a fire at a refinery in Carson, which the Los Angeles County Sheriff's Department later explained the fire was part of a safety flare. The Los Angeles Police Department said no significant incidents have been reported across the city in relation to the earthquake.The USGS is asking anyone who felt the quake is asked to submit a brief report

A magnitude 4.4 earthquake centered in Carson just occurred. A controlled flaring event is currently happening at the refinery. No structural damage has been reported. Please keep 9-1-1 lines clear for emergencies.

On 7 September, the United Nations and Mattel, Inc. launched a collaboration to introduce the Sustainable Development Goals (SDGs) to preschool audiences through the animated children’s series Thomas & Friends™.

Elements from five of the 17 SDGs are incorporated into nine of the 26 episodes of the new season of Thomas & Friends, which premieres on Nick Jr. in the United States today, with global roll-out in the coming months. Specifically, the Goals represented in the episodic content are: #4 Quality Education; #5 Gender Equality; #11 Sustainable Cities and Communities; #12 Responsible Consumption and Production, and #15 Life on Land. In addition to the five SDGs already present in the episodes, content featuring SDG #6 Clean Water and Sanitation is also available on the new website AllAboardForGlobalGoals.com.

The website contains early childhood educational videos, parent tips and interactive activities. The short-form content and parent-targeted materials are intended to help preschoolers around the world learn more about sustainability and start meaningful conversations between parents and children at the household level.

“The SDGs proved to be the perfect tool for Thomas & Friends to teach children the importance of taking part in the global efforts to end poverty, providing girls and boys with the same opportunities, and of course doing so while protecting our planet,” said Maher Nasser, Director of the Outreach Division at the United Nations Department of Public Information who has led the collaboration with Mattel on this project.

“Thomas’ unique focus on empathy, collaboration and friendship is more relevant than ever and such an effective way to introduce children to the most important global values of their lifetimes – as embodied by the Sustainable Development Goals,” said Richard Dickson, President and COO of Mattel.  “I cannot imagine a more appropriate partnership than Thomas and the United Nations – the most dedicated and purpose-driven people, organizations and brands never go it alone, but recognize the value of collaboration in creating a better world.  That’s why the UN exists, and that’s been the core lesson of Thomas for over 70 years.” Read More

The World Health Organization says clinical trials are underway to evaluate eight nasal spray vaccines that target Covid-19. The most advanced effort so far by China's Xiamen University, the University of Hong Kong and Beijing Wantai Biological Pharmacy has completed phase-2 trials. "When the virus infects someone it usually gets in through the nose," said researcher Nathalie Mielcarek who is working with the Lille Pasteur Institute to develop a nasal spray vaccine against whooping cough."The idea is to shut the door."

An article published in Scientific American in March urged developing nasal spray vaccines because they have an immediate effect on the virus in an infected person's mucus. There they trigger production of an antibody known as immunoglobulin A, which can block infection. "This overwhelming response, called sterilising immunity, reduces the chance that people will pass on the virus," said the article. The vaccines currently available offer strong protection against severe forms of Covid-19 but are less reliable at preventing the spread of the virus. Stimulating immunity directly in the nose "lowers the risk of infecting other people", said Mielcarek. "From there you have less of the virus infecting the lungs and so fewer severe case since the viral load is lower," she added. An article published in March by Gavi the Vaccine Alliance noted other advantages, including the fact that the sprays don't need refrigeration and don't need to be administered by health professionals. Read More

France's Macron To Hold Call With Biden Amid Crisis Over Submarines

French President Emmanuel Macron is expected to speak with President Biden in the next few days to discuss the diplomatic crisis between France and the U.S. Tensions have escalated between the two countries over Biden administration's trilateral security deal with Australia involving the United Kingdom. French Ambassador to the U.S. Gérard Araud joined Lana Zak's on CBSN to discuss the fallout.

While the world is still very much in the transition phase with 5G, research is already well underway for the next iteration of the technology standard for mobile broadband networks - 6G.

Statista's Martin Armstrong notes that, according to a whitepaper by Samsung it takes an average of ten years for a new standard to become ready for commercialization, with 5G taking eight years. The tech giant suggested a potential rollout date of 2028-2030 for 6G, highlighting the urgent need for progress to be made. As this infographic shows, the country at the front of this new charge is China.

Data from the Cyber Creative Institute as covered by Nikkei Asia shows that of around 20,000 6G-related patent applications as of August 2021, 40.3 percent originated from the Asian superpower. The United States isn't far behind, however, claiming 35.2 percent of the applications. The home of Samsung, South Korea, is in fifth place (when combining applications for European countries) with 4.2 percent.

The source assessed patent applications for nine core 6G technologies including communications, quantum technology, base stations and artificial intelligence. 6G is expected to be about ten times faster than 5G. Read More

Christmas Dinners ‘Could Be Cancelled’ Thanks To CO2 Shortage

Christmas dinners could be “cancelled” due to the shortage of carbon dioxide gas (CO2), the owner of the UK’s biggest poultry supplier has said.

A sharp rise in gas prices has meant two large fertiliser plants in Teesside and Cheshire – which produce CO2 as a by-product – have shut, cutting supply to the food industry.

Ranjit Singh Boparan, the owner of Bernard Matthews and 2 Sisters Food Group, says this, combined with a shortage of workers, will affect the supply of Turkeys for Christmas.

CO2 is essential to the humane slaughter of livestock, extends the shelf-life of products and is vital to cooling systems for refrigeration purposes, industry leaders have said.

Mr Boparan said: “There are less than 100 days left until Christmas and Bernard Matthews and my other poultry businesses are working harder than ever before to try and recruit people to maintain food supplies.

“Nothing has fundamentally changed since I spoke about this issue in July. In fact, I take no pleasure in pointing out that the gaps on the shelves I warned about then are getting bigger by the day. Read More

World leaders return to the United Nations in New York this week with a focus on boosting efforts to fight COVID-19, even as the U.S. tried to dissuade leaders from traveling for the annual meet in a bid to stop it from becoming a super-spreader event