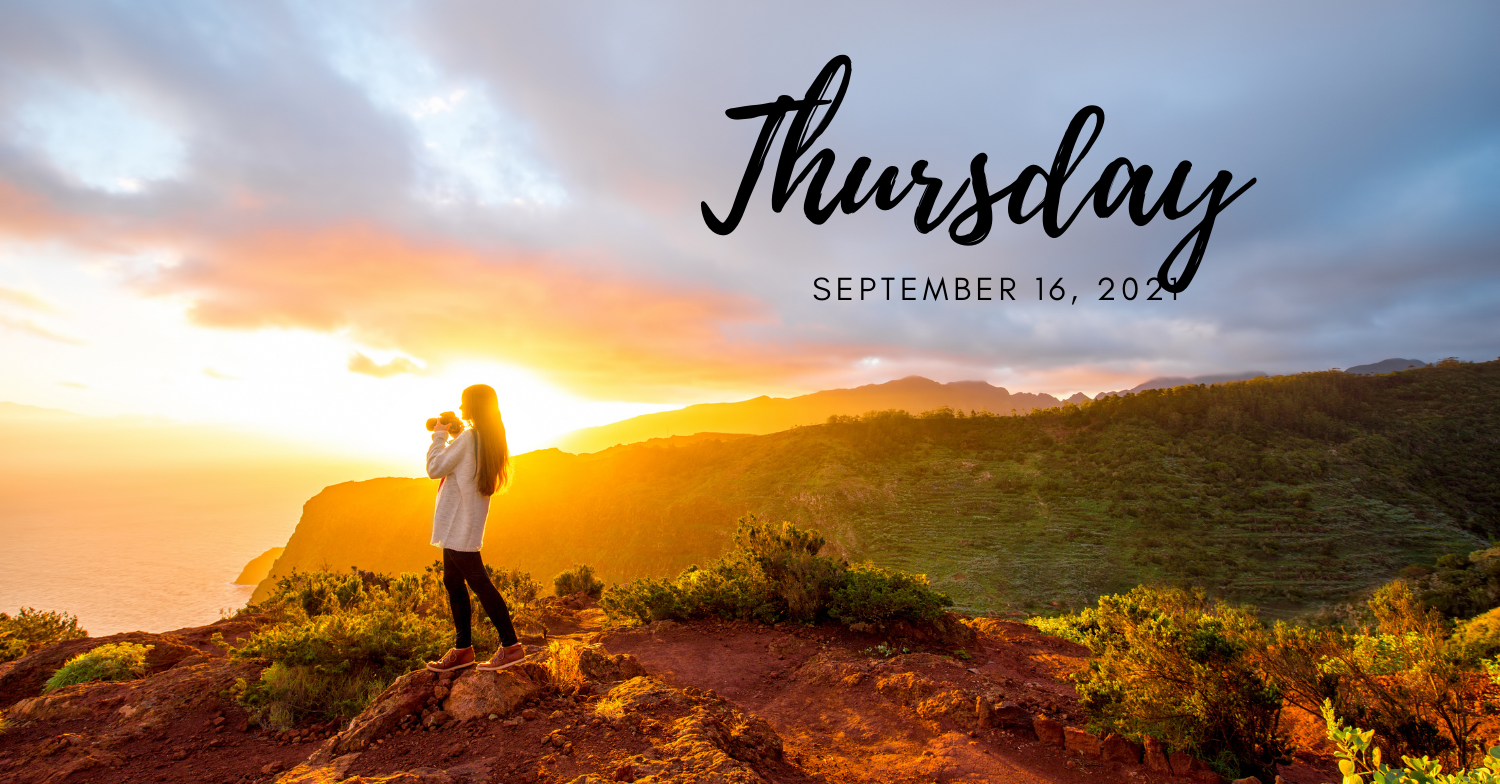 * Babies Could Be Given Pfizer Covid Vaccine In The U.S. This Winter: Company Plans To Seek Approval For Jabbing Six- Month- Olds In November

Pope Francis said on Wednesday he was puzzled why so many people, including some cardinals in Roman Catholic Church hierarchy, have refused to get inoculated against Covid-19.

"It is a bit strange because humanity has a history of friendship with vaccines," he said aboard the plane returning from Slovakia, responding to a question from a reporter about the reasons for vaccine hesitancy.

Francis, who has been vaccinated against Covid, has often urged others to get inoculated for the common good.      Read More

Public transport will be suspended this weekend to prevent protesters travelling to Melbourne's CBD for an anti-lockdown rally.

Victoria Police Chief Commissioner Shane Patton has announced public transport to and from the city will shut down from 8am to 2pm on Saturday, the day of a worldwide series of "freedom" rallies.

Buses will be directed to bypass the city, trams stopped before returning to their junctions and trains turned back.

While acknowledging the move will inconvenience some, Mr Patton said it was designed to avoid a repeat of the violent scenes in last month's anti-lockdown protest and a potential COVID-19 super-spreader event.

"This is a significant step for us," he told reporters on Wednesday. Read More

SALEM, Ore. (KTVZ) -- Oregon Attorney General Rosenblum and 23 other attorneys general have filed an amicus brief in support of the U.S. Department of Justice’s challenge to the Texas ban on abortions after six weeks, calling the new law "unequivocally unconstitutional."

The brief, filed Wednesday in the U.S. District Court for the Western District of Texas, supports US DOJ’s motion for a preliminary injunction to put a stop to the new law immediately.

By banning nearly all pre-viability abortions within Texas, the law, Senate Bill 8 violates nearly 50 years of Supreme Court precedent affirming the constitutional right to an abortion, the attorneys general stated.

The Texas legislature sought to circumvent other Supreme Court rulings by giving enforcement authority to private individuals instead of the government in an “unprecedented attack on our constitutional order” and the rule of law, the brief claims.

“This anti-abortion law is unequivocally unconstitutional. By turning private citizens into ‘bounty hunters’ targeting anyone, including medical professionals, who assists someone in obtaining an abortion, Texas is ignoring well-established legal rights and federal law. It is shocking that Texas would seek to skirt the constitution so blatantly, ” said Attorney General Rosenblum. “We are at a crucial moment in the fight to keep abortion accessible, safe and legal. As Oregon’s attorney general, I am glad to be able to join this national fight for bodily autonomy and reproductive freedom.” Read More

The positive COVID-19 positive test rate should be 5-8% to drop hospitalizations; C.O.'s rate is closer to 20%

BEND, Ore. (KTVZ) -- Eighteen months ago, Oregon announced its first case of COVID-19. Since then, the state has had more than 300,000 cases and nearly 3,500 COVID-19 related deaths, according to the Oregon Health Authority.

St. Charles Health System in Bend has been setting records in the past week with the number of COVID-19 patients, peaking so far at 98 on Monday.

"We're pretty full in the ICU," said Dr. Doug Merrill, chief Medical officer for St. Charles Health System. "I was just going to check -- I think we have one bed available right now."

The latest COVID-19 forecast from Oregon Health and Science University shows Central Oregon at an alarming positivity rate. The most recent numbers, from last week, show Deschutes County had a positive test rate of about 18 percent. Crook County was near 15 percent and Jefferson County was at 12 percent -- a number experts say should be closer to six percent, if the hospital population is going to decline. Read More

The Biden administration this week signaled that it is eyeing a United Nations small arms treaty that critics claim will lead to an international gun registration plan — including for individual American gun owners.

Two years after former President Donald Trump withdrew from it, a top arms diplomat at the State Department told the global body that the current administration is swinging behind the Arms Trade Treaty.

“I have come from Washington, D.C., this week to take the floor on the agenda item Treaty Universalization to underscore the continuing commitment of the United States to responsible international trade in conventional arms,” William Malzahn said at the 7th Conference of States Parties to the Arms Trade Treaty. Read More

Most employees have always had to negotiate their salaries in the dark. But that's all about to change, thanks to newly passed state laws that require employers to disclose pay ranges to applicants. Here's what the wave of "pay transparency" laws could mean for all of us.

Employees have long been forced to negotiate their salaries in the dark.

But that's changing, thanks to a nationwide wave of "pay transparency" laws. https://t.co/ye02TcmlJi pic.twitter.com/QPi9x9M0OL

Babies Could Be Given Pfizer's Covid Vaccine In The US This Winter: Company Plans To Seek Approval For Jabbing Six-Month-Olds In November

Pfizer's Covid vaccine could be rolled out to babies as young as six months in the US this winter, under plans being drawn up by the pharmaceutical giant.

In a move likely to cause international controversy, the company intends to apply for authorisation to immunise American infants within the next two months.

'We would expect to have... data for children between the ages of six months and five years old that we would file with the FDA,' D'Amelio said at the Morgan Stanley Global Healthcare Conference. 'I'll call it in the weeks shortly thereafter the filing of the data for the five- to 11-year-olds.'

Pfizer was already planning to seek approval from the Food and Drug Administration (FDA) for the jabs to be given in children aged five to 11 by October.

But the latest comments confirm the firm's intention to work its way down much younger age groups. They will be given a lower dose than adults.

Pfizer's jab, made alongside German partner BioNTech, is already approved for over-12s in Britain. Read More

UN Secretary-General Antonio Guterres and British Prime Minister Boris Johnson will host a closed-door meeting of world leaders at the sidelines of the General Assembly in New York on Monday to boost climate commitments.

The roundtable comes less than six weeks before a major UN climate meeting, COP26, in Glasgow, aimed at ensuring the world meets its goal of holding century-end warming to 1.5 degrees Celsius.

A senior UN official said Wednesday that over the past two years, leaders had conducted climate discussions at the G7 and G20, but there had not been a forum for leading economies to speak with the hardest-hit countries.

Asked why the meeting was closed-door, he said: "It's not intended in any fashion to be a meeting in the shadows," but a way to facilitate frank dialogue "rather than pre-prepared statements or reverting to established positions."            Read More

Only workers who have taken the coronavirus vaccine will be allowed to report for duty, Minister of Information Monica Mutsvangwa told reporters at a post-cabinet briefing in the capital, Harare on Tuesday.

The country is slowly opening up economic and social activity after a third wave of the coronavirus pandemic. Only vaccinated people are allowed to attend church gatherings and sit-in at restaurants.

The southern African nation has received 11.8 million vaccine doses from purchases and donations since the start of the government’s program. At least 1.9 million people were fully vaccinated as of Sept. 13 out of the 10 million the state is targeting in order to reach herd immunity, according to the health ministry. It remains unclear how many of the state’s workers estimated at over 300,000 are vaccinated.

The biggest workers’ union last month took the state and several firms to court for insisting that employees must be inoculated against Covid-19 before reporting for work. The Zimbabwe Congress of Trade Unions said there is no law under the country’s statutes providing for compulsory vaccination.

Jen Psaki responds to a question about General Milley and his phone calls with a Chinese General in the wake of the 2020 election during a White House Press Briefing.

Side effects from Covid vaccine booster shots are similar to those felt after the second dose and are more likely to affect younger people, Pfizer said in new data submitted to the Food and Drug Administration as it seeks approval to distribute booster shots across the U.S.

Pfizer’s phase three study of vaccine booster doses, which included a group of about 300 participants from ages 18 to 55, found that 63.7% experienced fatigue after getting their boosters, 48.4% had headaches and 39.1% felt muscle pain. The majority of reactions to the booster were mild or moderate in severity, the company said in a 52-page report released by the agency Wednesday. The company, along with BioNTech, are seeking the FDA’s emergency approval to administer third doses of its vaccine to people 16 and over across the U.S.

Four Chinese navy vessels were recently spotted operating in waters near Alaska's Aleutian Islands, the US Coast Guard said in a statement on Monday.

The People's Liberation Army Navy task force, comprising a guided-missile cruiser, a guided-missile destroyer, a general intelligence vessel, and an auxiliary vessel, was conducting military and surveillance operations in the Bering Sea and North Pacific Ocean.

The Chinese vessels entered the US exclusive economic zone but remained in international waters. The ships were in the EEZ from August 29 to September 1, a Coast Guard official told Insider Monday evening. Read More

To US officials, the driver of the car was an ISIS-K facilitator they feared was involved in a plot to attack Kabul's international airport. To his family and colleagues at a US nonprofit, 43-year-old Zamarai Ahmadi was an aid worker applying for a US visa to get his family out of Taliban-controlled Afghanistan.