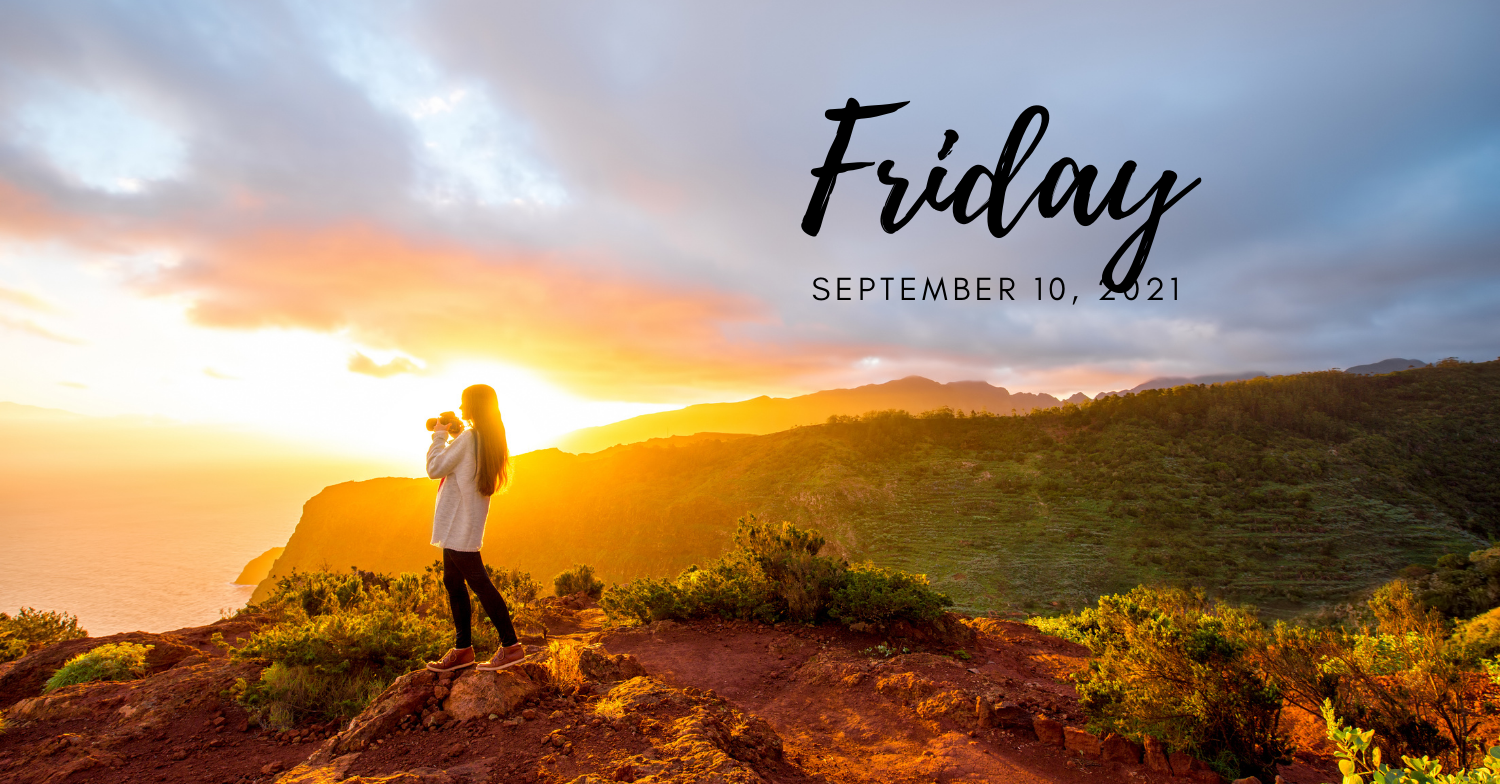 * Biden To Announce That All Federal Workers Must Be Vaccinated, With No Option For Testing

* Kim Iversin: Is Fauci's Botched Handling Of The AIDS Epidemic Being Repeated

* Technocrats Are Determined To Reduce Every Human To A QR Code

* Covid- 19: SA Is One Of 5 Countries To Participate In Global Children's Vaccine

* WHO Guidelines On Human Genome Editing: Why Countries Need To Follow Them

Capitol Police To Reinstall Fence Ahead Of Donald Trump Support Rally On Sept. 18

Capitol Police Chief Tom Manger is set to brief congressional leaders about security plans for an upcoming rally in support of people jailed in connection with the deadly Jan. 6 Capitol invasion, a person familiar with the matter told CNBC on Wednesday. The Sept. 18 event at the U.S. Capitol, dubbed the “Justice for J6” rally, comes more than eight months after hundreds of former President Donald Trump’s supporters stormed that building, forcing Congress into hiding and temporarily derailing efforts to confirm President Joe Biden’s victory. More than 600 people have been charged in connection with the Jan. 6 riot. Dozens have already pleaded guilty. House Speaker Nancy Pelosi, D-Calif., has invited Senate Majority Leader Chuck Schumer, D-N.Y., Senate Minority Leader Mitch McConnell, R-Ky., and House Minority Leader Kevin McCarthy, R-Calif., to her office Monday at 11:15 a.m. ET to be briefed by Manger, the person told CNBC. The Capitol Police declined to comment on “any potential security briefings.” Pelosi at a press conference earlier Wednesday said that there are already briefings taking place “at the appropriate level” in the House Administration Committee. She declined to go into specifics on the security measures being taken at the Capitol but said there are “not necessarily” plans to reinstall fencing around the building that was erected in the wake of Jan. 6. The rally for jailed Capitol rioters was organized by Matt Braynard, a former Trump campaign staffer, through the group Look Ahead America, which aims to push for “America First initiatives” such as “fighting corporate censorship and ensuring voter integrity.” The event is scheduled to take place on Saturday, at a time when few lawmakers are likely to be on Capitol Hill. “There is no possibility of violence [from] our peaceful protest,” Braynard said in an email to CNBC. He noted that similar rallies organized by his group “occurred without incident.” One of those rallies, held in June outside the Department of Justice building in Washington, was attended by a sitting congressman, Republican Rep. Paul Gosar of Arizona, as well as John Pierce, an attorney for many of the criminal defendants in Capitol riot cases. Another protest took place in mid-July outside the D.C. Central Detention Facility. Some members of that crowd reportedly said they had traveled from across the country to demonstrate in support of the jailed defendants, calling them “political prisoners.”

Biden To Announce That All Federal Workers Must Be Vaccinated, With No Option For Testing

(CNN)President Joe Biden on Thursday will impose more stringent vaccine rules on federal workers by signing an executive order requiring all government employees be vaccinated against Covid-19, with no option of being regularly tested to opt out, according to a source familiar with the plans.

During a major speech meant to lay out a new approach to combating the coronavirus, the President will also sign an executive order directing the same standard be extended to employees of contractors who do business with the federal government. The Department of Defense, the Department of Veterans Affairs, Indian Health Service and National Institutes of Health will also complete their previously announced vaccination requirements, which the White House estimates covers 2.5 million workers.
The new announcements move beyond what Biden announced earlier this summer, when he required federal workers be vaccinated but allowed for those who opted out to be subject to stringent mitigation measures. The White House has said the federal government should act as a model for other businesses in their own vaccine mandates, and has praised large companies that require employees to be vaccinated. Read More

Kim Iversen: Is Fauci’s Botched Handling Of The AIDS Epidemic Being Repeated?

Kim Iversen analyzes Dr. Fauci's past support of AZT to treat HIV/AIDS and his current support of mRNA vaccines for COVID-19.

“The member of the Government’s Scientific Advisory Group for Emergencies (Sage) said the UK is about to enter “an extended peak” of infections and hospitalisations, which are in danger of pushing the NHS beyond breaking point and could force the Government to re-introduce restrictions over the school half term period at the end of next month,” inews reports.

The same SAGE advisors whose catastrophic predictions turned out to be completely wrong are again using the excuse of NHS hospitals “overflowing” to take away the freedoms of British residents.

“Boris Johnson is also believed to be prepared to re-introduce mask wearing and social distancing inside public spaces and on transport as early as this month in a move designed to stem hospital admissions and prevent the UK’s fourth lockdown,” the report notes. Read More

Technocrats Are Determined To Reduce Every Human To A QR Code

Technocracy’s coup d’etat, in full swing, fully intends to flip the world into a Scientific Dictatorship where every human will be tracked, monitored and managed from cradle-to-cradle. The documentation about this is readily available and very clear. The only question is whether citizens will resist or not. ⁃ TN Editor

Without fanfare and with hardly a peep from the corporate-owned establishment media, the United Nations World Health Organization, also known as the WHO, issued a document last week that should set off alarm bells for lovers of freedom and liberty everywhere.

The document provides “guidance” for every nation in the world on how to go about implementing digital health passports, which is something Bill Gates, Klaus Schwab and other power elites have said since last year would be absolutely essential to conquering the Covid pandemic.

The title alone of the document appears designed to repel the average reader and lull them to sleep: Digital documentation of COVID-19 certificates: vaccination status: technical specifications and implementation guidance. Read More

The battle for hourly workers is escalating beyond minimum wage across the U.S., as retailers, restaurant chains, garbage haulers and meat processors increasingly dangle the prospect of a free college education as a way to lure and retain staff.

Amazon.com Inc. AMZN -0.65% on Thursday plans to announce that it is expanding its educational benefits by offering more than 750,000 U.S. hourly employees the chance to enroll in a fully paid bachelor’s degree program after 90 days of employment. The e-commerce giant says employees will be eligible to get degrees through educational institutions nationwide.

Amazon is trying to attract job seekers in a tight labor market and reduce turnover among some hourly workers. The company has hired 400,000 employees during the pandemic, but it is looking to bring on tens of thousands of additional hourly staffers to work in its fulfillment centers and delivery network over the coming months. Employees working as little as 20 hours a week will be eligible for the college benefit, though Amazon will pay 50% of the college costs for part-time staffers.

“Career progression is the new minimum wage,” said Ardine Williams, a vice president of workforce development at Amazon, who notes employer-funded training can help people prepare for a career that interests them. “Most adult learners don’t have the luxury of quitting their jobs and going to school full-time.” Read More

The recent application of tools, such as CRISPR-Cas9 (clustered regularly interspaced short palindromic repeats; Cas9 nuclease), to edit the human genome with the intention of treating or preventing disease and the gaps in our scientific understanding, in addition to some of the proposed applications of human genome editing, raise ethical issues that have highlighted the need for robust oversight in this area In December 2018, WHO established a global, multidisciplinary expert advisory committee (the Expert Advisory Committee on Developing Global Standards for Governance and Oversight of Human Genome Editing, hereafter called the Committee) to examine the scientific, ethical, social and legal challenges associated with human genome editing (somatic, germline and heritable).

Covid-19: SA Is One Of 5 Countries To Participate In Global Children’s Vaccine Trial

Cape Town – South Africa is set to participate in the global children’s vaccine trial, a report says, adding that the first child will be vaccinated in Pretoria on Friday, September 10.

At least 2 000 South African children are expected to take part in the trial, which will include children aged between six months and 17 years, reported eNCA on Thursday.

[BREAKING NEWS] South Africa is one of five countries to participate in the global children's vaccine trial. The first child will be vaccinated in Pretoria tomorrow. The global trial will enrol 14,000 children aged six months to 17-years. More on #eNCA #DStv403 pic.twitter.com/6vOTF9vqd9

WHO Guidelines On Human Genome Editing: Why Countries Need To Follow Them

Human genome editing has great potential. It can improve human health and medicine by making changes to DNA in cells to correct, introduce or delete almost any DNA sequence which may cause disease. Other potential benefits include new ways to diagnose, treat and prevent genetic disorders, novel ways to treat infertility, increasing knowledge of human biology and contributing towards vaccine development.

The potential of this technology came into the spotlight in 2018 when Chinese scientist He Jiankui announced that he had edited the genomes of twin girls. His announcement was met with consternation among many scientists because it highlighted a significant gap in regulation.

In response, the WHO established a committee made up of a global multi-disciplinary panel of 18 experts. The committee was asked to develop standards for human genome editing.

Leaders of Brazil, Russia, India, China and South Africa have gathered for the 13th annual BRICS Summit. And as expected, vaccine inequity and the Afghanistan crisis topped the agenda.

The biggest vaccination campaign in history is underway. More than 5.59 billion doses have been administered across 184 countries, according to data collected by Bloomberg. The latest rate was roughly 35.7 million doses a day.

World Map of Vaccinations More than 5.59 billion doses have been administered—enough to fully vaccinate 36.4% of the global population. Enough doses have now been administered to fully vaccinate 36.4% of the global population—but the distribution has been lopsided. Countries and regions with the highest incomes are getting vaccinated more than 20 times faster than those with the lowest. Read More