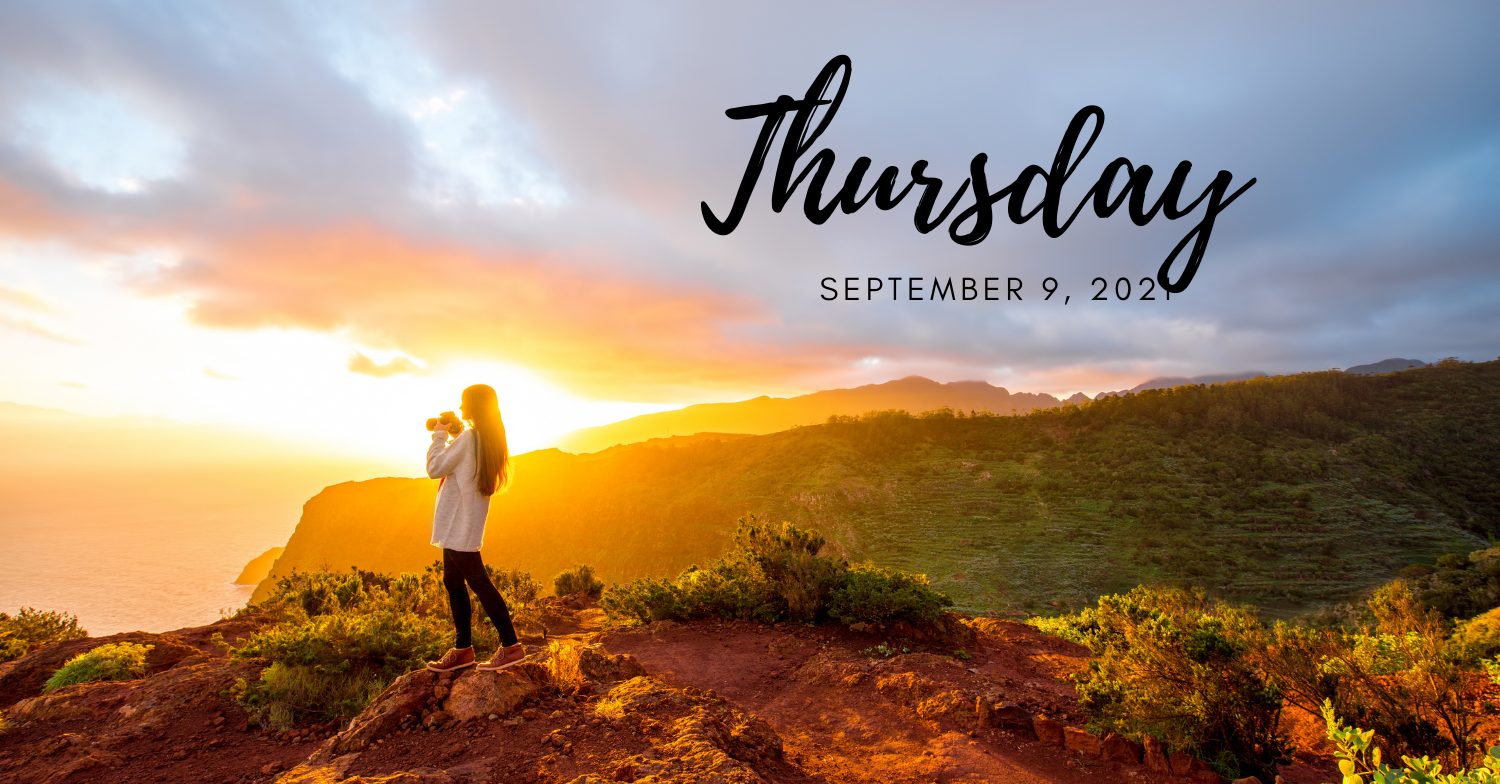 * Highest Ever Number Of Covid Cases in Children Reported Across U.S.

* America's Frontline Doctors: Do Not Quit Your Job

Highest-Ever Number Of COVID Cases In Children Reported Across U.S.

Last week, there were over 251,000 cases of COVID reported in kids across the U.S. The good news? It appears Houston pediatric cases are plateauing.

Technocracy advances. With 360 degree camera surveillance, you cannot sneak up on Xavier and disable it. Facial recognition will ID you before you even get close. “John Smith, do not come any closer or you will be reported for assaulting a police officer.” ⁃ TN Editor

Slowly but surely, the world is transforming into a 1984-Robocop-Terminator-Minority Report–Judge Dredd fusion dystopia.

And while we wait for Elon Musk’s dancing humanoid robot (wonder how much the deposit on that particular pipe dream will be), Singapore is wasting no time, and according to Mothership the small Asian nation is deploying ground robots on trial to patrol and survey a public area with high foot traffic, in a joint project involving five of the country’s public agencies: HTX (Home Team Science and Technology Agency), National Environment Agency, Land Transport Authority, Singapore Food Agency, and Housing & Development Board. Read More

Ignorant and stupid fact-checkers blasted any suggestion that the new generation of “vaccine” makers were ultimately targeting human DNA. Well, Indian scientists just announced that they have bypassed mRNA to go directly for changing DNA to fight Covid.

However, medical scientists have been writing about this for years. The University Of Washington wrote in 2017, for example, “The research in Deborah Fuller’s lab uses a DNA vaccine to instruct the individual’s own skin cells to produce antigens and induce antibodies and T cell responses to fight the infection.”

Note that changes to DNA are permanent and can be transmitted to offspring during reproduction.

The funding for the UW project included all the usual players: the National Institutes of Health, National Institute of Allergy and Infectious Diseases (https://www.niaid.nih.gov) NIH/NIAID U01 AI074509 to DHF; NIH/NIAID, Department of Health and Human Services under Centers of Excellence in Influenza Research and Surveillance (CEIRS) (http://www.niaidceirs.org) contract HHSN272201400005C; and NIH/ORIP P51OD010425-51 to WaNPRC.

So, this entire body of DNA research has been well-known in medical circles for years. ⁃ TN Editor

India has added another homegrown Covid-19 vaccine to its basket—and once again without official trial data.       Read More

America’s Frontline Doctors: Do Not Quit Your Job!

Practical resistance is growing against Technocrats who want to control your life and body. If you employer makes vaccination mandatory, DO NOT QUIT. Rather, force them to fire you and bear the burden of unemployment charges. ⁃ TN Editor

As the mandates are increasing and the “deadlines” fast approach, YOU SHOULD NOT QUIT YOUR JOB. Do not be fooled if your boss says you must resign. Make your boss fire you and do not sign anything or agree to anything that says otherwise. Do not agree with “voluntary resignation.” If you are fired, you are eligible for unemployment. Anything else and you are not.

If you are fired, you place the costs back on them and you get or you fight for unemployment benefits. Let them experience the burden associated with their choices. Avail yourself of any government dollars that have gone to support those previously unwilling to work. Use all tools and resources you can including the CDC’s unlawful mandate to halt rents, etc. We suspect you ordinarily would not take advantage of these systems, but these are extraordinary times.

In the last 18 months we have watched the Communists in America radically change the definition of simple words in their efforts to strip away our rights. Words such as “vaccine,” “herd immunity,” and “cases” have literally been redefined by the Communists to support this power grab. By changing the traditional definition of just four words, these usurpers were able to create, in the minds of the media and the public, a frightening global emergency. Do not allow these tyrants to crush what remains of your rights. Do not “agree” to be fired. Read More

Global Fintech is rapidly congealing as Central Bank Digital Currencies (CBDC) are integrating into the Bank for International Settlements (BIS) in order to “lay the foundation for global payments connectivity.” Fintech is said to the coming financial structure for Sustainable Development, aka Technocracy. ⁃ TN Editor

The Bank for International Settlements and four central banks will test the use of digital currencies for cross-border transactions, as global regulators seek to improve the speed of movement of money in a cheaper, more transparent manner.

President Joe Biden on Thursday will present a six-pronged strategy intended to fight the spread of the highly contagious COVID Delta variant and increase U.S. COVID-19 vaccinations, the White House said on Tuesday.

The United States, which leads the world in COVID-19 cases and deaths, is struggling to stem a wave of infections driven by the variant even as officials try to persuade Americans who have resisted vaccination to get the shots.

White House spokeswoman Jen Psaki told reporters traveling with Biden aboard Air Force One that he will lay out the six-pronged strategy 'working across the public and private sectors to help continue to get the pandemic under control.' Read More

TALLAHASSEE, Fla. - A Florida judge ruled Wednesday that the state cannot enforce a ban on public schools mandating the use of masks to guard against the coronavirus, while an appeals court sorts out whether the ban is ultimately legal.

Leon County Judge John Cooper ruled to vacate an automatic stay that was provided to the state when it appealed his previous ruling that Gov. Ron DeSantis’ school mask mandate ban is unconstitutional.

Wednesday’s decision allows school districts to require masks without penalty. Cooper said he believes this is the first time he’s ever vacated a stay.

"We are not in normal times," he said. "We are in a pandemic. We have children who cannot be protected by a vaccination."

The legal jockeying over mask mandates in schools continued in two separate Florida courtrooms on Wednesday. Each lawsuit takes aim at the governor’s executive order that bans school districts from mandating masks in schools. Last month, a Judge Cooper determined the governor's order to be unconstitutional. Read More

White House National Economic Council Director Brian Deese said Wednesday that increases in the prices of beef, pork and poultry are responsible for half the jump in food prices since late 2020.

The corporate consolidation of beef, pork and poultry-processing companies in recent decades has led to higher prices at the grocery store, the White House says https://t.co/GiD2KwrceI pic.twitter.com/FtM9Qr9Mar

As a matter of Technocrat policy, “If people can’t hoard physical money, it becomes much easier to cut rates far below zero.” This means your banked funds risk being plundered at the will of the policy makers. Eventually, all money accrues to the takers while the depositors see their wealth vanish. ⁃ TN Editor

Investors have been ignoring progress toward government-issued electronic money, even as many countries are progressing rapidly toward their own online cash. They should ask two questions: Will the Federal Reserve issue a digital dollar? And will it eventually replace physical bank notes?

I think the answer to both questions is yes, and those who agree should be assessing the impact on future monetary policy already, because dramatic change is likely within the timespan of the 30-year Treasury.

The main monetary power of the digital dollar comes from the abolition of bank notes. If people can’t hoard physical money, it becomes much easier to cut interest rates far below zero; otherwise the zero rate on bank notes stuffed under the mattress looks attractive. And if interest rates can go far below zero, monetary policy is suddenly much more powerful and better suited to tackle deflation. Read More

Technocrats at Amazon continue to push cashier-less stores, first with Amazon-Go and now with its subsidiary, Whole Foods. Cashiers do not make up the largest portion of grocery employees, but they will eventually be missing from many stores as this trend continues, and the use of cash will diminish, forcing people to pay with smart phone apps. ⁃ TN Editor

There will be something missing at two Whole Foods stores opening next year: the rows of cashiers.

Amazon, which owns the grocery chain, said Wednesday that it will bring its cashier-less technology to two Whole Foods stores for the first time, letting shoppers grab what they need and leave without having to open their wallets. Cameras and sensors track what’s taken off shelves. Items are charged to an Amazon account after customers leave the store with them.

But there will be an option for those who want to shop the old-fashioned way: Self-checkout lanes will be available that take cash, gift cards and other types of payment. Read More

The US Secretary of State Antony Blinken says the Taliban has again promised to allow people with travel documents to depart Afghanistan freely. On Tuesday, Blinken and Secretary of Defense Lloyd Austin Lloyd Austin met Qatar’s Emir Sheikh Tamim bin Hamad Al Thani and other top Qatari officials in Doha for talks on Afghanistan. Blinken said Washington would continue to work with Qatar and other regional partners to evacuate US citizens and vulnerable Afghans from Afghanistan.