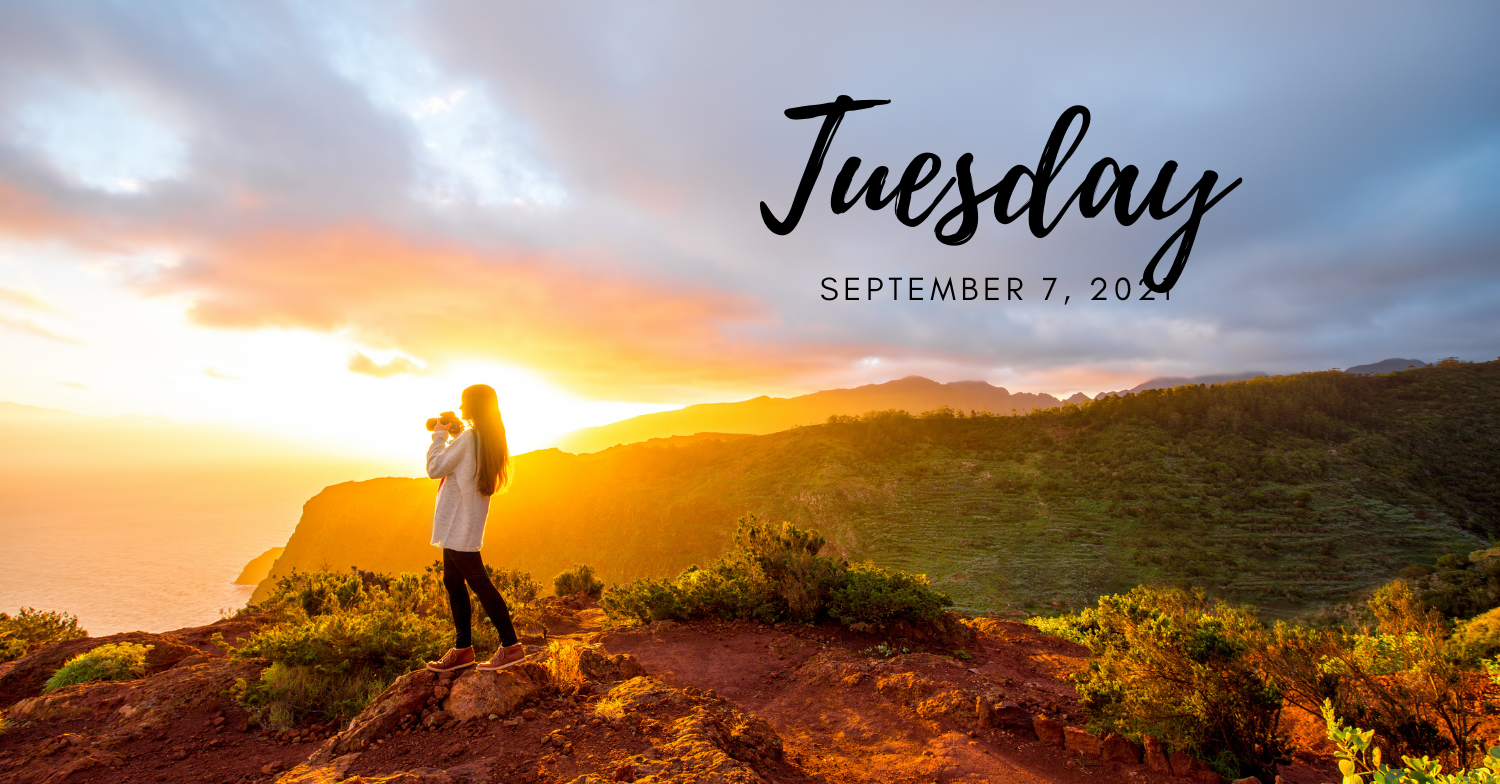 * Melania Trump Is Telling Friends She Has No Interest In Being First Lady Again Despite Her Husbands 2024 Teases, Report Says

* More Than 80% Of Americans 16 And Older Have Some Immunity To Coronavirus, Blood Survey Finds

Top infectious-disease expert Dr. Anthony Fauci says Pfizer is on track for U.S. vaccine boosters, but the Moderna booster could take a little longer to receive a regulatory go-ahead.

Israel’s national coronavirus czar on Saturday called for the country to begin making preparations to eventually administer fourth doses of the coronavirus vaccine.

“Given that that the virus is here and will continue to be here, we also need to prepare for a fourth injection,” Salman Zarka told Kan public radio.

He did not specify when fourth vaccine shots could eventually be administered. Zarka also said that the next booster shot may be modified to better protect against new variants of the SARS-CoV-2 virus that causes COVID-19, such as the highly infectious Delta strain. “This is our life from now on, in waves,” he said. Read More

Melania Trump Is Telling Friends She Has No Interest In Being First Lady Again Despite Her Husband's 2024 Teases, Report Says

The former first lady Melania Trump is not interested in taking back the title, sources told CNN, despite her husband dangling the possibility of another Trump campaign.

"Not unlike 2016, Melania Trump has no intention really of joining the campaign," CNN's Kate Bennett said on Sunday. "I've spoken to people who said that she's not even really interested in being in the White House again, going through being first lady again."

Several of Melania Trump's friends told the outlet she had no interest in returning to the White House, let alone helping if her husband decided to run.

Former President Donald Trump hasn't declared a 2024 candidacy but has teased the possibility, saying his supporters will be "very happy" with his decision. Read More

More Than 80% Of Americans 16 And Older Have Some Immunity To Coronavirus, Blood Survey Finds

(CNN) — More than 80% of Americans 16 and older have some level of immunity against the coronavirus, mostly through vaccination, a survey of blood donations indicates.

The survey, led by the US Centers for Disease Control and Prevention, also indicates that about twice as many people have been infected with the virus as have been officially counted. More than 39 million Americans have been diagnosed with coronavirus infection since the pandemic started in 2020.

The team, led by the CDC's Dr. Jefferson Jones, set out to determine how close the US might be to some kind of herd immunity -- although they do not claim to have any kind of handle on that yet.

They worked with 17 blood collection organizations working in all 50 states plus Washington, DC, and Puerto Rico to test blood covering 74% of the population. In the end, they tested about 1.4 million samples.

In July 2020, before any vaccine was available, 3.5% of samples carried antibodies to SARS-CoV-2, the virus that causes COVID-19. That rose to 11.5% by December, they reported in the medical journal JAMA. By May, 83.3% of samples had antibodies to the virus, most of them from vaccination.

And while in July 2020, blood surveillance indicated the US was only counting one infection out of every three true infections, that fell to one in two a year later. Read More

Trade between the Jewish state and the Arab world has soared dramatically since the signing of the Abraham Accords, the Arab-Israeli peace treaties established in 2020.

Arab-Israeli trade reportedly grew by 234% in the first seven months of 2021 compared to the same period in 2020, according to Central Bureau of Statistics figures cited by Yonatan Gonen of the Israeli Foreign Ministry. The dramatic recent surge in Arab-Israeli bilateral commerce indicates that the rapidly normalizing ties extend far beyond formal peace agreements.

Zeev Lavie of the Federation of Israeli Chambers of Commerce (FICC) linked the dramatic rise in Arab-Israeli trade to Israel’s rapid integration in the wider Middle East.  Read More

BEIJING, Sept 6 (Reuters) - A booster dose of Sinovac Biotech's (SVA.O) COVID-19 vaccine reversed a decline in antibody activities against the Delta variant, a study showed, easing some concerns about its longer-term immune response to the highly contagious strain of the virus.

Hundreds of Queensland families have been forced to remain in home quarantine after the parents of two children identified as close contacts said they did not want to have them tested for COVID-19.

About 900 families were sent into isolation on Friday after a four year-old-girl tested positive for the virus, along with her mother.

The girl, who was a close contact of an infected truck driver, attended The Boulevard Early Learning Centre at Mt Warren Park, with the facility also used as after school care for Windaroo State School students.

Both sites were listed as close contact exposure sites from August 31 to September 31.

"There are 36 children who go from the school to after school care - 34 out of those 36 have tested negative which is fantastic," Queensland's Chief Health Officer Dr Jeannette Young said on Monday.   Read More

Jeffrey repeated President Cyril Ramaphosa’s answer to the National Assembly on Friday. He had said:  “No-one should be forced to be vaccinated. Instead we need to use the available scientific evidence to encourage people to be vaccinated to protect themselves and the people about them.

“At the same time‚ our occupational‚ health and safety laws require that we ensure a safe working environment. This situation poses challenges for employers who want to keep their workers safe from Covid-19‚ while respecting the rights of those who don’t want to be vaccinated.” Read More

El Salvador’s Bitcoin law comes into force on Tuesday following its announcement in June, making the country the first to adopt cryptocurrency as legal tender along with the US dollar. On the eve of the implementation of the new law, El Salvador President Nayib Bukele announced the purchase of 400 bitcoins, worth around $20 million. Bukele has claimed the move would increase financial inclusion, investment and economic development; however, there have been protests against it, with many saying they do not know how to use the digital coin, Sky News reported.

On September 7th El Salvador will become the first country to adopt bitcoin as legal tender. What will change? https://t.co/ACxc0YSPhX

It is not uncommon to see Israeli diners cling their cups together in l’chaim to the Pfizer COVID-19 vaccine. They know they would not be out at a restaurant or bar without the company’s elixir that, even as cases are once again rising, has allowed Israel to stay open.
Pfizer has shipped billions of doses of its vaccine to those who wanted and could afford it in the US and around the world. The company recently said it expects sales of the vaccine to hit almost $34 billion this year. But Israel was the first to fully benefit from the company’s innovation.
At Pfizer’s helm is a Jewish man from Thessaloniki, Greece: Albert Bourla. Read More

The US Coast Guard is responding to a 14-mile long oil spill in the Gulf of Mexico discovered in the aftermath of Hurricane Ida, officials said Saturday according to Bloomberg. The spill, which consists of a 4-mile black sheen and a 10-mile rainbow sheen, is located in federal waters off Port Fourchon, Louisiana, said Sam Jones, head of the Louisiana Oil Spill Coordinator’s Office.

“That’s big,” Jones said in an interview on Saturday. “It’s the biggest one out there.”

The Coast Guard said in a statement that crude is believed to be coming from a pipeline owned by Houston-based oil and gas exploration company Talos Energy, adding the agency was in the preliminary stages of investigation. In response, Talos said that while it's leading a response to the spill, it denied being responsible, saying the spill was coming from an unknown source in an area where it ceased production in 2017.