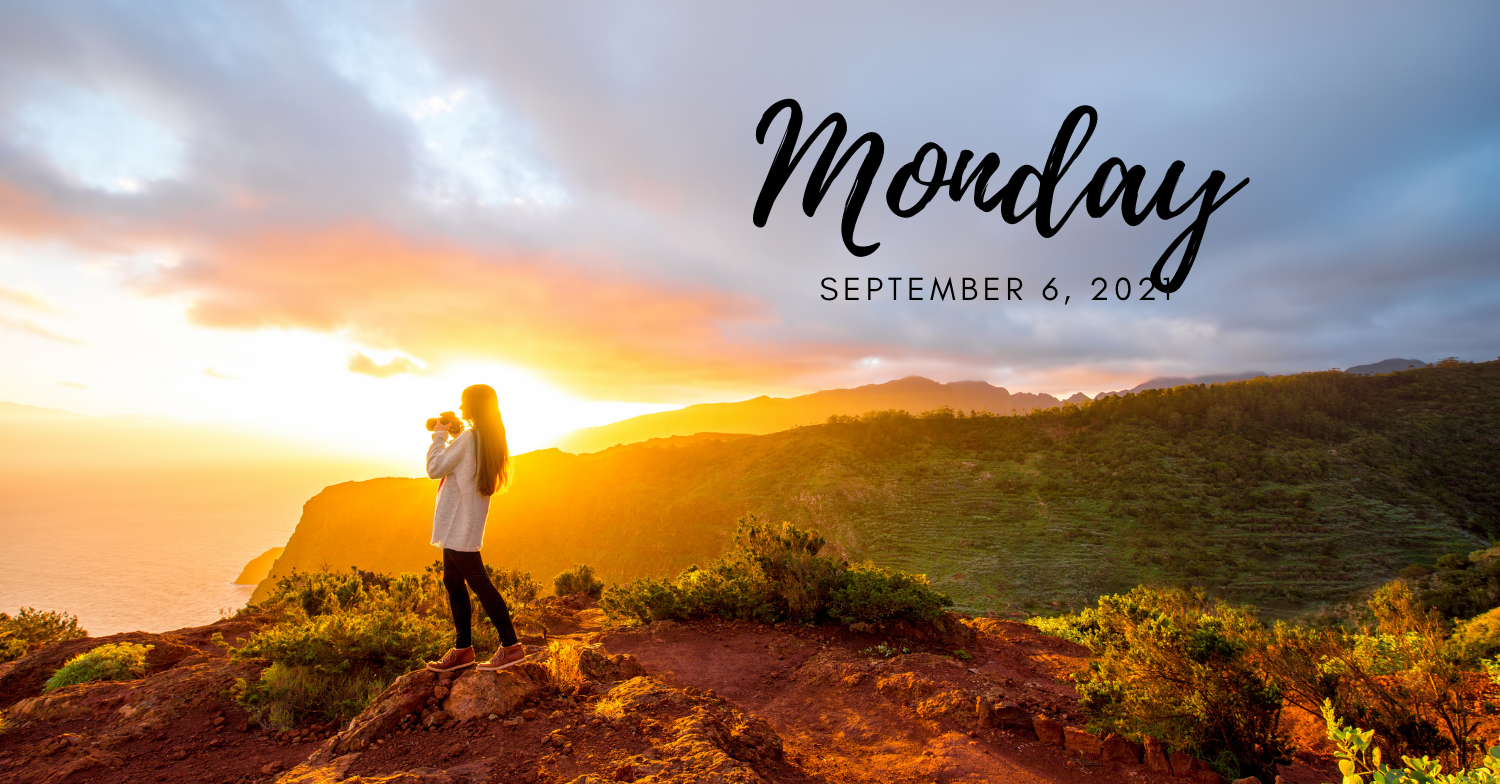 * 24 American Students From One School District Left Behind In Afghanistan

* WhatsApp Fined A Record 225 MLN Euro By Ireland Over Privacy

As we previously reported, in a video, uploaded to her previously public TikTok account, 11th Grade High School Teacher Kristin Pitzen teacher at Back Bay High School in the Newport Mesa Unified School District revealed that she doesn’t make kids say the Pledge of the Allegiance and that she also doesn’t have the Star-Spangled Banner in her classroom.

When Sarah Wildes, a seventh grade teacher in Alabama, was asked by a student about the mass confusion surrounding the results of the 2020 U.S. presidential election, she knew she had a big job in front of her.

“I have to tread lightly, but I pointed out that we do know,” said Wildes, a science and technology teacher at Sparkman Middle School in the small town of Toney. “There are facts. There have been committees who reviewed the election. The numbers show us a truth, but the social media bubbles confuse us about that truth.”

Wildes and teachers across the country face a vexing and evolving challenge as the new school year begins and students return to the classroom following a roughly 18-month hiatus from normal in-person learning. Since the last time full classrooms congregated, a whole industry of misinformation has exploded online, spreading conspiracy theories on everything from the alleged steal of the presidential election, which Joe Biden won, to the prevalence of microchips in Covid-19 vaccines.  Read More

Italian officials want a drone to fly around and measure the temperatures of people relaxing on a beach near Rome in order to track Covid-19 and prevent health emergencies.

The ‘medical’ drone was scheduled to patrol the beaches of Ostia, a suburb of Rome, on Saturday and Sunday, but the experiment was postponed due to a bad weather forecast.

According to local health officials, the drone would “automatically” measure temperatures while hovering at least 25m above the water and staying at least 30m away from people. Test flights were planned to last for five hours, between 11am and 4pm.

“When the drone detects a person with a fever, it identifies them and alerts the medical surveillance team,” the officials said, as quoted by Italian media. “Doctors then arrive at the site for investigation, which can lead to a Covid-19 test.”

Officials promised to respect privacy, saying that holidaymakers with normal temperatures will not be identified.    Read More

24 American Students From One School District Left Behind In Afghanistan

Twenty-four Sacramento-area students remain trapped in Afghanistan after the U.S. military’s departure on Monday, according to officials at one California school district.

“Our office has been in close contact with the San Juan Unified School District, and have urgently flagged the students’ information with the State Department and Department of Defense,” Sacramento Congressman Ami Bera’s communications director Travis Horne said in a statement, The Sacramento Bee reported Tuesday.

“We have not received an update from the State Department or the DOD,” Horne added. In addition, three students are reportedly still in Afghanistan from the Cajon Valley Union School District in El Cajon, California, according to a report Tuesday by The San Diego Union-Tribune. Read More

6G will be 50 times faster than 5G and will enable the Metaverse where everything will be digitalized. Holograms, AI and virtual reality will be commonplace if not required for modern life in the real world. ⁃ TN Editor

‘It will be possible to replicate people, devices, objects, systems, and even places in a virtual world,’ a research paper states

Samsung has revealed its plans for 6G technology, outlining its vision for “digital twins” of our physical selves. In a research paper published on Wednesday, the South Korean smartphone giant stated that there will be three key 6G services: Immersive extended reality (XR); high-fidelity mobile hologram; and digital replicas. Read More

Spikevax is a vaccine for preventing coronavirus disease 2019 (COVID-19) in people aged 12 years and older.

Spikevax contains a molecule called messenger RNA (mRNA) with instructions for producing a protein from SARS-CoV-2, the virus that causes COVID-19. Spikevax does not contain the virus itself and cannot cause COVID-19. Read More

Around 40 citizens and 20 police officers have been injured in Montenegro during protests against the inauguration of a bishop of the Serbian Orthodox Church. The country has been divided over the issue of church independence for the past two years.

Around 40 citizens and 20 police officers have been injured in Montenegro during protests against the inauguration of a bishop of the Serbian Orthodox Church.

The country has been divided over the issue of church independence for the past two years. https://t.co/33btkxHx7Y

Last month, the FDA gave full and final approval to the Pfizer COVID-19 vaccine. Watch President Biden and Stephanie, a nurse, talk about her decision to get vaccinated – and find a vaccine near you at vaccines.gov.

LONDON, Sept 3 (Reuters) - Britain's vaccine advisers said they were not recommending the vaccination of all 12- to 15-year-olds against COVID-19, preferring a precautionary approach in healthy children due to a rare side effect of heart inflammation.

The advice could see Britain pursue a different approach to the United States, Israel and some European countries, which have rolled out vaccinations to children more broadly.

However a final decision has not been taken, as the British government said it would consult medical advisers to look at other factors, such as disruption to schools.

Many politicians and some scientists have spoken out in favour of vaccinating more children amid concern that COVID-19 could spread in schools that are re-opening after summer holidays, further disrupting education. Read More

WhatsApp Fined A Record 225 MLN Euro By Ireland Over Privacy

WhatsApp said the fine was "entirely disproportionate" and that it would appeal. Still, the Irish fine is significantly less than the record $886.6 million euro fine meted out to Amazon by the Luxembourg privacy agency in July. read more

Ireland's Data Privacy Commissioner (DPC), the lead data privacy regulator for Facebook within the European Union, said the issues related to whether WhatsApp conformed in 2018 with EU data rules about transparency. Read More

Authorities in New Zealand say they shot and killed an Islamic terrorist on Friday afternoon, within 60 seconds of when he started stabbing people at a supermarket.

Of the six people stabbed, three were in critical condition, one was serious and two were in moderate condition, according to outlet Stuff New Zealand.

The man, a Sri Lankan national, was a known ISIS supporter and was being followed around the clock, Prime Minister Jacinda Ardern said, identifying the incident as a terror attack.

"A violent extremist undertook a terrorist attack on innocent New Zealanders," Ardern said in the briefing, BBC News reported. "What happened today was despicable, it was hateful, it was wrong. It was carried out by an individual, not a faith."  Read More

US Senators Talk About Two-State Solution On Israel Visit

42.10. Acceptable Use; Safety-Critical Systems. Your use of the Lumberyard Materials must comply with the AWS Acceptable Use Policy. The Lumberyard Materials are not intended for use with life-critical or safety-critical systems, such as use in operation of medical equipment, automated transportation systems, autonomous vehicles, aircraft or air traffic control, nuclear facilities, manned spacecraft, or military use in connection with live combat. However, this restriction will not apply in the event of the occurrence (certified by the United States Centers for Disease Control or successor body) of a widespread viral infection transmitted via bites or contact with bodily fluids that causes human corpses to reanimate and seek to consume living human flesh, blood, brain or nerve tissue and is likely to result in the fall of organized civilization.