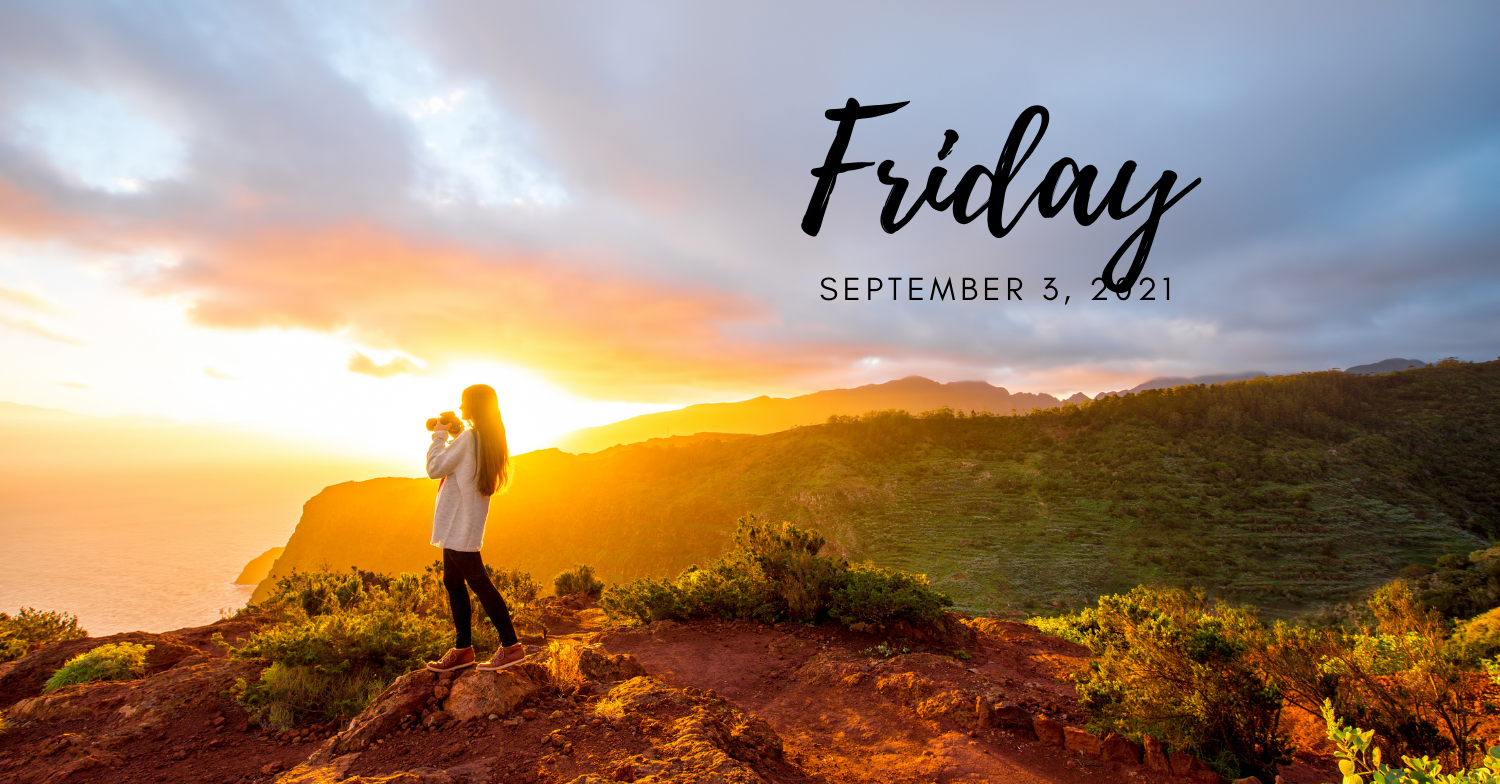 * Pfizer is Now Developing A Twice- Per- Day Covid Pill

* Central Bank Digital Currencies To Be Tested In BIS Experiment

Amends: the Surveillance Devices Act 2004 and Telecommunications (Interception and Access) Act 1979 to: introduce data disruption warrants to enable the Australian Federal Police (AFP) and the Australian Criminal Intelligence Commission (ACIC) to disrupt data by modifying, adding, copying or deleting data in order to frustrate the commission of serious offences online; and make minor technical corrections; the Surveillance Devices Act 2004 to introduce network activity warrants to enable the AFP and ACIC to collect intelligence on serious criminal activity by permitting access to the devices and networks used to facilitate criminal activity; the Crimes Act 1914 to: introduce account takeover warrants to enable the AFP and ACIC to take over a person's online account for the purposes of gathering evidence to further a criminal investigation; and make minor amendments to the controlled operations regime to ensure controlled operations can be conducted effectively in the online environment; and 10 Acts to make consequential amendments. Read More

Pharmaceutical megacorporation pfizer is now developing a COVID pill that is meant to be taken alongside the COVID vaccines that have already made the company a staggering amount of money. The new pill is expected to be released by the end of the year and will be required to be taken twice per day.

TUCSON, AZ — Snakes are starting to play a big role in COVID-19 research. Scientists from the University of Arizona have discovered an enzyme, similar to one found in rattlesnake venom, that could be driving COVID-19 deaths.

"We found evidence that there was an enzyme, a snake-like enzyme, in the blood of people who were in extraordinarily high levels,” says Dr. Floyd Chilton, the senior author of the study with the University of Arizona, College of Agriculture and Life Sciences. Read More

On Tuesday, the Cybersecurity and Infrastructure Security Agency (CISA) and the Federal Bureau of Investigation (FBI) issued a cybersecurity advisory that highlighted precautions and mitigation steps public and private sector organizations could take to reduce their risk of ransomware and other cyber attacks over holidays and weekends.

The advisory is based on observations of timings for high impact ransomware attacks previously staged, rather than a reaction to a specific threat, the agencies said.

Leaded petrol has been eliminated after the world's last remaining stocks were used up last month, the U.N.'s Environment Programme (UNEP) said, after heading a 19-year campaign to end use of the poisonous substance that poses major health and environment risks.

The agency said the petrol contaminates air, soil and drinking water and can cause heart disease, stroke and cancer. Some studies have shown it harms brain development, especially in children.

UNEP worked with governments, businesses and civic groups to eradicate leaded petrol and said ending its use after a century marked a "huge milestone". Read More

We are the official blog of COVID Legal USA. Truth about COVID vaccines and the severe adverse effects thereof are censored on mainstream and social media. We do our best to cover as many of these stories as possible in the most objective fashion possible.

COVID Legal USA is a team of paralegals, legal writers and researchers helping Americans represent themselves in legal matters against oppressive, dangerous COVID mandates. We’ve helped several individuals avoid mandatory vaccines at work and keep their jobs in the process. Our team has also assisted pro se litigants in matters related to lockdowns and their small businesses.

Brian A. Wilkins is the Editor-in-Chief of The COVID Blog and Founder of COVID Legal USA. Please write us at support at thecovidblog dot com with any relevant stories and news related to COVID, vaccines and oppressive measures enacted by city, state and federal government, and to report your own stories and experiences. Need legal coaching and/or document preparation? Contact the COVID Legal USA team today. Media requests are also processed at the foregoing link.

Central Bank Digital Currencies To Be Tested In BIS Experiment

(Bloomberg) -- The Bank for International Settlements will test the use of central bank digital currencies with Australia, Malaysia, Singapore and South Africa in an experiment that could lead to a more efficient global payments platform.

Codenamed “Project Dunbar,” the study aims to develop prototypes for a common platform that will enable international settlement in digital fiat currencies issued by central banks, BIS said in a release Thursday. The system would allow direct transactions in central bank digital currencies, or CBDCs, between institutions, while reducing time and cost, according to BIS.

The Schuylkill River in Philadelphia experienced record river flooding caused by the remnants of Hurricane Ida. The river flooded streets and apartments that neighbor the river in the Manayunk section of the city. This video contains aerial and ground video of the flooding.

Health officials are watching another new coronavirus variant, dubbed "mu," which they say has concerning mutations that could allow it to escape vaccine-induced immunity.

The variant, also known as B.1.621, was first detected in Colombia in January 2021, according to the World Health Organization (WHO). On Monday (Aug. 30), WHO classified it as a "variant of interest," or VOI, and named it mu.

The VOI label means the variant is increasing in prevalence in multiple areas and has mutations that are likely to affect viral characteristics, such as transmissibility or disease severity, Live Science previously reported. In contrast, officials use the term "variant of concern," or VOC, once reliable data show that the variant has increased transmissibility — such as what's been seen with the delta variant — or other worrisome features, such as the ability to evade vaccines. Read More

When the Internet goes dark, so does a raft of services that are dependent on it, such as banks, service companies, businesses, medical facilities, social media, VOIP phone calling and news services. Without the Internet, entire sections of society can be rendered inoperative and at the mercy of their government. ⁃ TN Editor

Over the last decade, governments worldwide have intentionally shut down the internet at least 850 times, with a whopping 90% of those shutdowns taking place over just the last five years.

What’s behind this troubling trend? “More people are getting online and getting access to the internet,” said Marianne Díaz Hernández, a lawyer in Venezuela and a fellow with the nonprofit Access Now. “As governments see this as a threat, they start thinking the internet is something they need to control.” Read More

NEWS TODAY: Dr. June Knight reveals the TRUCKER STRIKE and how the U.S. is attracting drivers from South Africa with incentives and bonuses. How they are getting people from other countries here and our country over there to bring in the "MILLION MAN ARMY," that Trump announced during his presidency. Keep your eyes open Bride. She exposes the coming collapse and how IMMINENT it is. About to happen any minute with the famine. She explains to the Bride not to participate in the Bitcoin and Cryptocurrency, because that is the BEAST MONEY. There will be an exchange for your soul. She explains how in the future there will be NO BANKS, everything will be on the inside of you like an app. Circular Economy and everything will be on the 'REWARD SYSTEM.' She spelled out "the Old United States is GONE." She discloses what is happening in South Afica and their new "SNITCH SYSTEM,"  called Real 411 Fight Disinformation Together, Keeping IT Real In Digital Media, sound like NAZI Germany? That's because it is. They have found a way to turn in people for HATE SPEECH against THEIR NARRATIVE. Especially "Ideology Agendas, CHRISTIANITY.  What they are doing in South Africa is a trial run for what is coming to the U.S. She shows the Bride that this system they have in South Africa, has an EQUALITY COURT, for justice which has UN AGENDA all over it. Which brings her to her next point Digital Documentation Of COVID- 19 Certificates which is a GLOBAL TAKEOVER, to make human bodies a host for the Beast System to come in and reside. All tied to the INTERNET OF THINGS, INTERNET OF MEDICAL DEVICES, INTERNET OF BODIES, INTERNET OF MEDICAL THINGS, AND SO ON. "The BLOCKCHAIN TECHNOLOGY is part of the infrastructure of the body," she replies to the Bride. Explaining the implementation that is taking place all over the world today with the Vaccine. Which brings her to the Press Conference at the Pentagon with their response to what is happening in Afghanistan today. She points out how during Trump's presidency he changed all the main logos including 'Department of Defense,' to look the same, all in one. All one circle, coincidence? I think not! With UN BLUE, UN WREATH, the NEW EAGLE, and more. Also reminding the Bride how this is the 20 YEAR ANNIVERSARY FOR 9/11. A lot of people believe this was the beginning of our freedoms being stripped away. The kickoff as would say to this Global Agenda. She states she's been meaning to address the RELIGIOUS EXEMPTIONS, it is a TRAP! You are basically asking someone's permission to not inject you, filing for an exemption you are signing a contract with the employer and or government and placing a target on your back. Even if you get the exemption, you still have to get it approved every 6 months which is the same timing as the booster shots. All it takes is the Pandemic getting so bad that now exempted people will have to get the vaccine, mandating for the exemptions too. Only you will get a 2 week notice instead of the 6 week notice. She encourages the Bride to go where God tells you to go and stay away from exemptions. Now we have covered the infrastructure of the human body now she addresses the infrastructure in the street lights going up and the lights turning PURPLE all over the states. IOWA, NORTH CAROLINA, KANSAS, ILLINOIS, and SOUTH CAROLINA... so far With Duke Energy not planning to replace them yet and saying they are a defect. Now there is a lot of chatter about the luciferase turning purple in your veins under a black light, basically veins glowing. Is this a way for them to separate the vaccinated from the unvaccinated? Is this a way for them to see your QR CODE, that they are going to install on humans? Either way, we KNOW and Dr. June keeps warning the Bride the Infrastructure is being built and the framework looks about done. Which she exposes Japan has found magnetic particles in Moderna Vaccines, and she reveals how Moderna is the base of the INTERNET OF BODIES. Vaccine cards are coming to everyone, restaurants are already requiring it but now they have apps on your phone where you can keep it for more of an convience. Which they are all building a case on why they have to install them inside the bodies so you can't lose your identification of being vaccinated. She unveils the checkpoints that are going up to check for vaccination proof. With the quarantine facilities being built right now and one breaking ground in Wellcamp Airport in Queensland. By not getting the vaccine you are going to lose your benefits from the government. No more food stamps, no more unemployment, no more prescription drugs, no more disability, no more social security, pensions, and retirement taken away. The door is shutting Bride, you must prepare. In Canada they are saying that you cannot get married without getting the vaccine. So if you want to get married, get married now. Planning a wedding, get it done and get everything updated on your frontend. Addresses, liens, tags on your cars... get it all up to date. Get ready for all the natural disasters coming and pushing everyone into camps even more. Distruptions are coming and food shortages are here.